One of the most iconic vehicles of all time is the Batmobile. And as Batfans, we get the luxury of having several memorable iterations of the Batmobile. My personal favorite is the Batman: Animated Series iteration, with its sleek, long design. Others prefer Tim Burton’s Batmobile, but I’m guessing a good number of you Batfans adore the 1966 Batman TV series. That Batmobile certainly has a place in our hearts.

But Bats doesn’t just travel around in a car. No, he has aircrafts as well. Aside from the Batwing in Burton’s Batman in 1989, there’s none more famous than the Batcopter from the ’60s Batman movie. The modified N3079G was once used for the filming of the movie and seemingly disappeared into obscurity. Actually, it was just redesigned and reused in various other productions and was eventually bought and restored by Nock World Entertainment. They were gracious enough to speak with DKN at MegaCon 2016 about their history with the first and only tangible Batcopter as well as their other recreations.

DKN: Can you give us a brief overview of what was put into recreating these iconic vehicles?

Nock World Entertainment: First off, this is the original Batcopter. The original one. The one and only one. This is the real one used in the movie and show. Obviously, it’s a hot rod of helicopters because it is older. There was a lot of time, money, effort, and love put into the Batcopter to maintain it because it is a flying, airworthy aircraft. We fly it all the time. 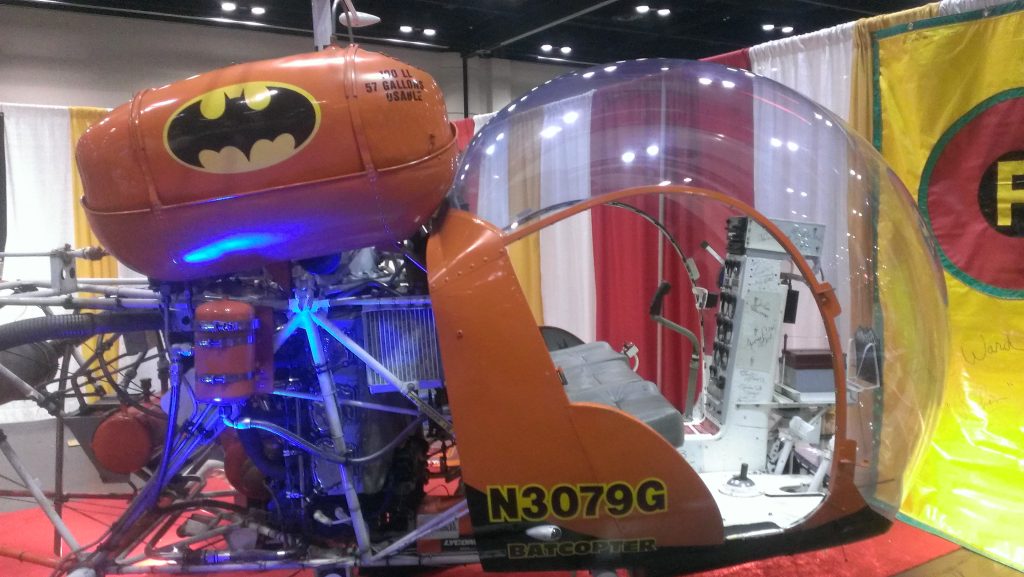 The Hero Batcopter from the ’60s Batman movie. 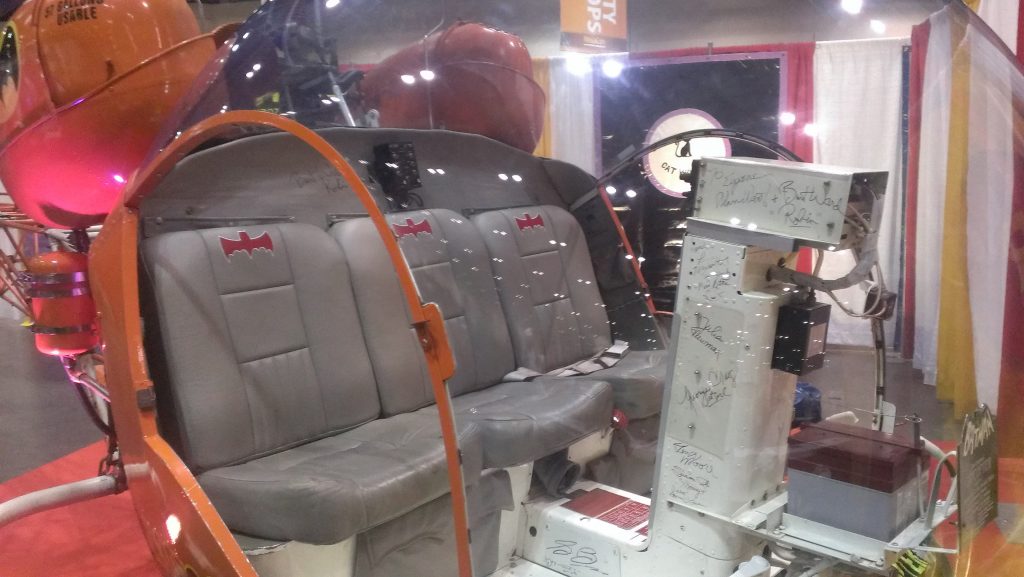 DKN: What is the history of this helicopter?

NWE: My dad purchased this helicopter about 16 years ago. At the time, it wasn’t the Batcopter. After the Batman movie, it worked on different jobs. It was in the Green Hornet and it was in M*A*S*H. It was in a couple different TV shows and movies. At that time, my dad bought the helicopter not knowing it was the actual Batcopter until he looked up the VIN numbers and N-numbers, realizing that this was the Batcopter used in the show. It took him a few years of putting in the money and the time to find the parts. It took a lot of searching. There was no Internet at the time, so he had to call people. It took almost four years to refurbish it and get it to what it is today.

DKN: What went into your recreating your replicas of the Batcycle and the Batmobile? 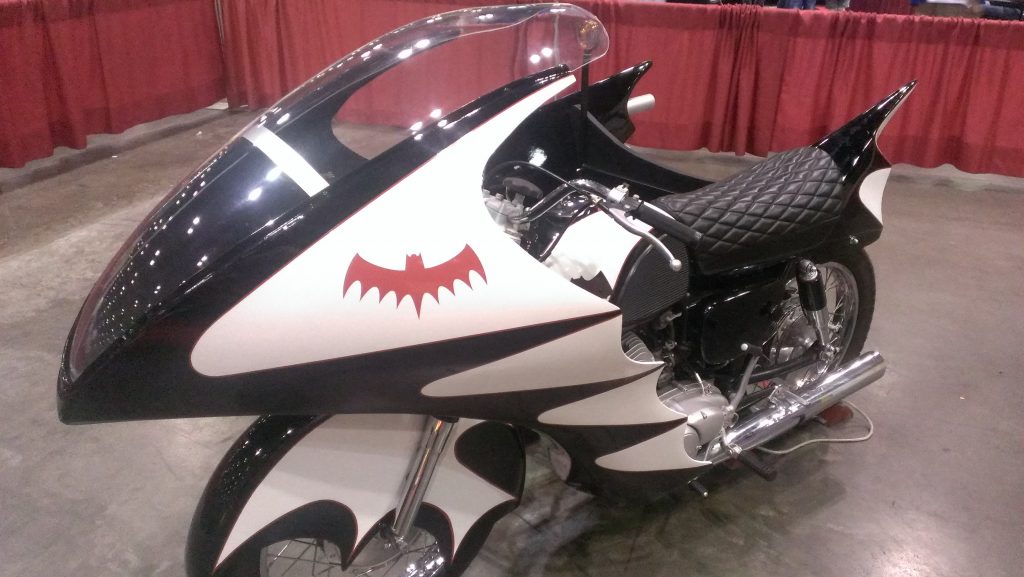 A recreation of the Batcycle from the ’60s Batman TV series. 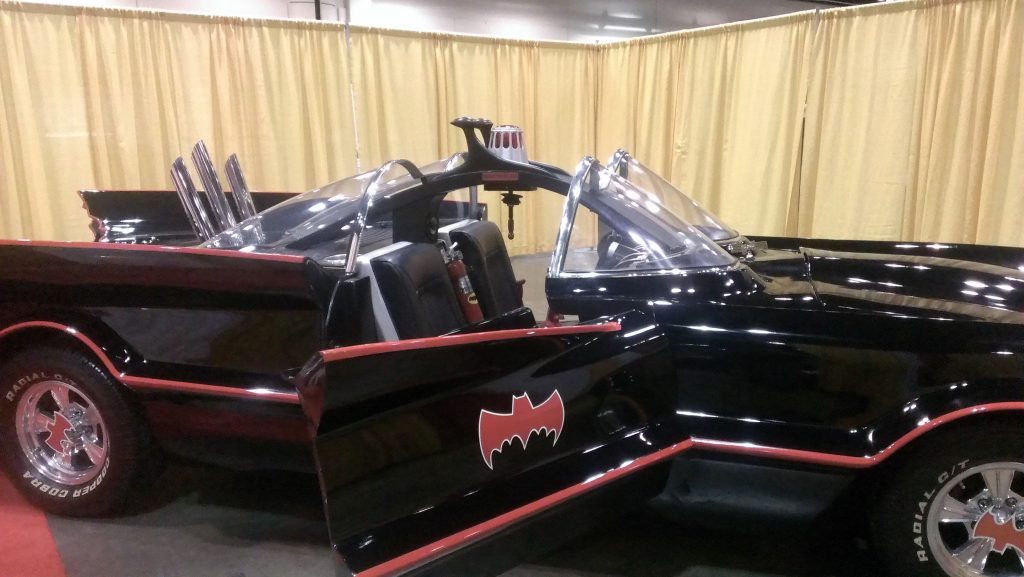 A certified recreation of the George Barris’s Batmobile from the 1966 Batman TV series. The Batmobile was done with help from Bob Butts. 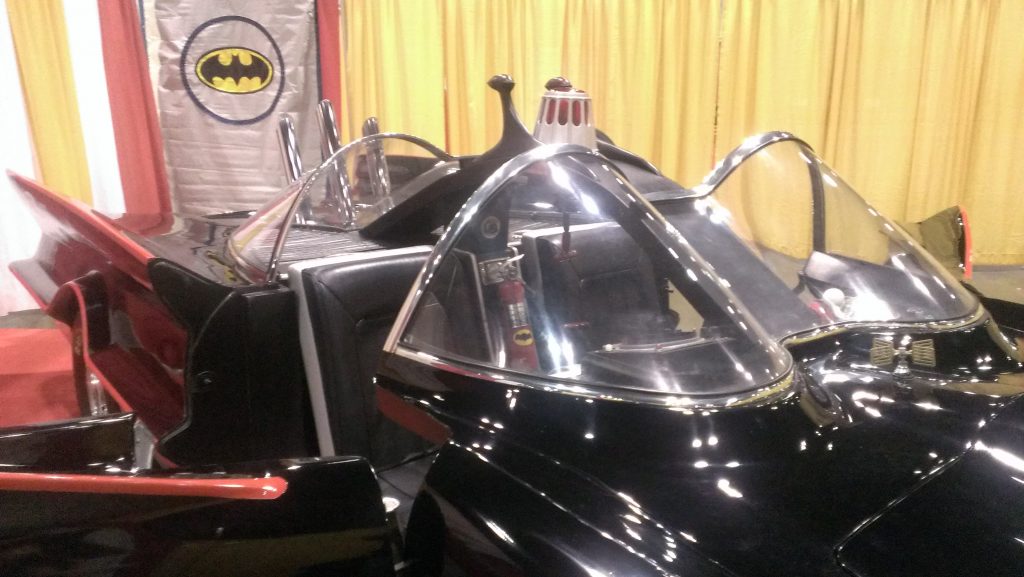 An interior shot of a certified recreation of the George Barris’s Batmobile from the 1966 Batman TV series.

DKN: What did you use for references? Did you go frame-by-frame in episodes of the Batman?

NWE: We did go frame-by-frame, but there are specs out there that were found after a bit of research. Bob Butts helped put in a lot of time and effort with us. He worked with George Barris and found all the right specs.

DKN: What goes into transporting these vehicles?

NWE: Well, this is a flying helicopter. We’re based on Tampa, so if it’s close to Tampa, we’ll just fly it there. Otherwise, we have big flatbeds and enclosed trailers that we use. Of course, we have to strap it up, pad it down, and treat them real nice. We have to take care of our babies.

DKN: What other vehicles have you tried to recreate?

NWE: We have a couple of them that we’re keeping secret right now as we’re building them. We’re hot-rodders, so we have all kinds of different things. We’re always building something cool. We have some projects that we’re going to be unveiling pretty soon. We can’t talk about that now.

Adam West and Julie Newmar were once flown into a car show in the Batcopter. Check it out below: