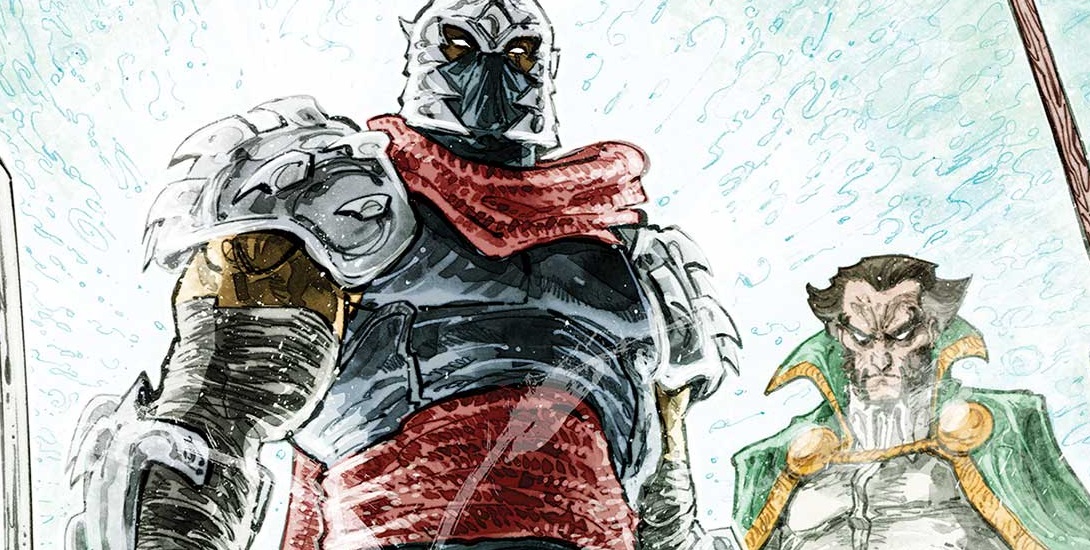 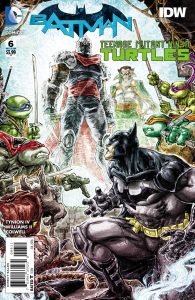 The time has come to weep, for the awesome crossover that is Batman/Teenage Mutant Ninja Turtles has come to an end. I can honestly say that I have thoroughly enjoyed reading and reviewing each issue over the course of the past six months. The fact that they all received top marks was probably a strong indication of that.

This issue picks up where the last left off, with Batman and Robin battling a great amount of the rogues gallery at Arkham Asylum. I’m still highly indifferent to the villains having become human/animal hybrids thanks to the mutagen, but I will again say that it works within the context of the story. If you liked the “Splicers” episode of Batman Beyond, you will probably dig this.

Before the true main event rings its opening bell, the Turtles are faced with a dilemma: go home and live for certain or stay behind and help Batman while risking death. Raphael’s speech justifying the decision to stay with disregard to his own well being made for a powerful scene.

When big bads Shredder and Ra’s al Ghul make their presence known, we learn the entirety of their plan. It’s a bit straightforward in that “take over the world” sense, but again, it’s something that works well in this context.

If you were in agreement with me when it came to wanting to see all-out war in this issue, believe me, you will get your wish. Expect no less than one big martial arts infused finale. Freddie Williams II does a tremendous job of framing the action along with designing a cool new mech suit for Batman to wear. It’s like the Hellbat, only ninja-fied.

As if you expected me to say anything different, this served as a very satisfying conclusion to a crossover for the ages. I hope they make good on the tease for a sequel. James Tynion IV already has ideas, so let’s keep our fingers crossed for a green light.