For those of you who have caught the infectious hype for Justice League vs. Teen Titans, we’ve got some details that should help increase your fervor. The release date and details regarding the home release just hit the Interwebz. I will give you a moment to celebrate.

The Teen Titans will be making their explosive debut in the DC Animated cinematic universe on March 29th, 2016 digitally and then DVD and Blu-Ray on April 12th, 2016. 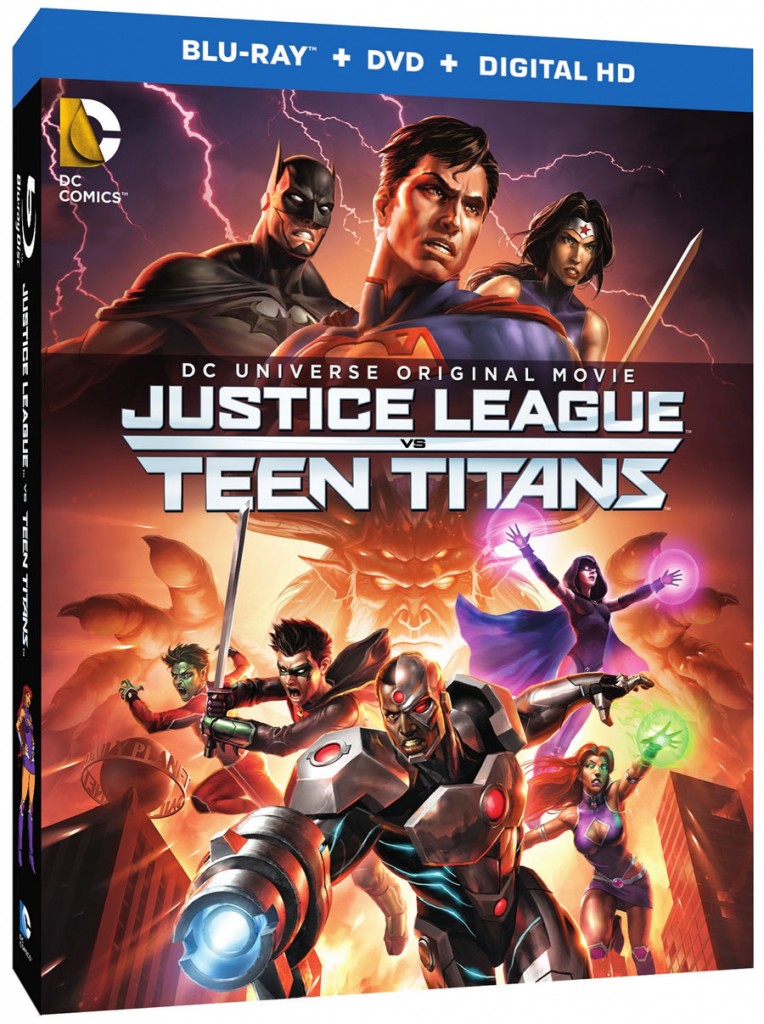 Some epic artwork there.

The DVD special features are a little lacking, only providing a preview of the next upcoming DC animated feature. The Blu-ray version, however, has all the goodies.

Those featurettes seem pretty darn interesting, meant to introduce non-comic book fans to the Titans. I’m not the most passionate Teen Titans fan, but I do love a good misunderstanding in the comic book universe. We all benefit from those.

This is turning out to be a good year for the DC’s animated movies.