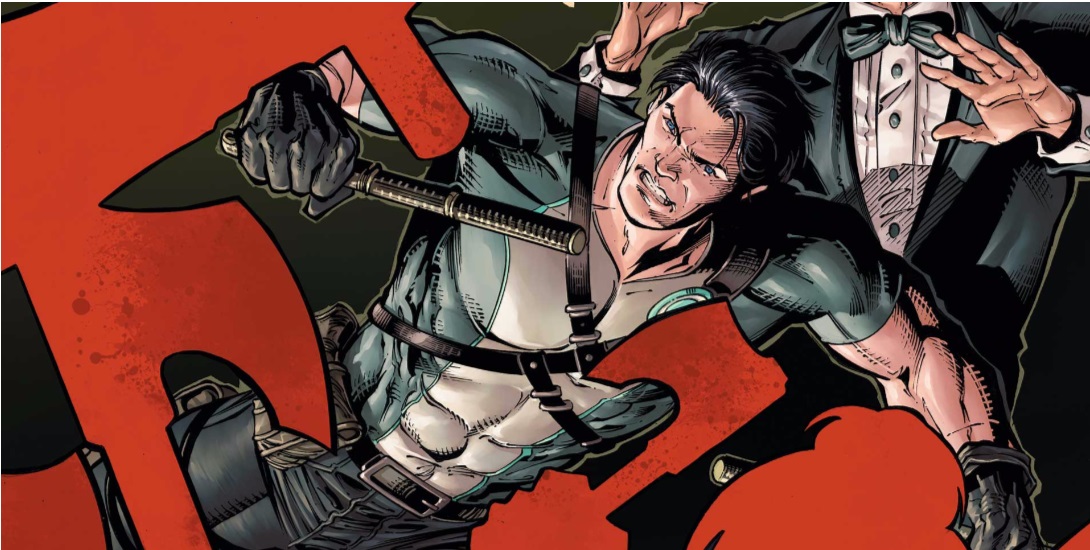 Batman and Robin Eternal #4 kicks it into high gear from the get-go this week. You may remember where issue #3 left off, with Bruce Wayne in Hell’s Kitchen, about to be served an ass whoopin’ by Mother’s kids. Luckily, as we could have predicted, Dick Grayson saves the day… but some new “R’s” jump in to assist. Meanwhile, Bluebird is allowing Cassandra Cain to roam freely around the cave, Spoiler is trying to lure them back, and Red Robin is having a communication breakdown. This leads to a bit of a cliffhanger and anticipation for next week.

After three issues, Batman and Robin Eternal was off to a good start. While issue #4 is a good addition to the sophomore run, but also the weakest thus far. A lot of time is spent in the kitchen, putting an end to last week’s cliffhanger. Scott Snyder is co-creator of this title, and boy, does he enjoy adding new characters. This week is no different and that sort of bugs me. I don’t need new characters introduced in a Batman comic. I like the originals. However, I can be open-minded if given a good story. With this group of Robins that we are introduced to… meh. I just don’t care. Batman’s family can handle whatever comes their way.

That scene takes up half of this week’s issue and the other half seems a little scattered and serves as a setup. The characters have been united but this week they sort of separate, for differing reasons. Not a major complaint, but didn’t seem as effective to me. Also, we didn’t get a Scarecrow flashback! That was a strong point in the first three issues and I hope we get to revisit it again soon. I will say however, I’m unaware of this Mr. Sparrow character, but I’m intrigued.

Overall, not a bad issue but nothing special either. I’ll be returning to Eternal next week and you should too.