The Catwoman and Nightwing Movies That Never Were

If you’re remotely like me, then you love movie trivia. Hollywood – especially when it comes to the superhero genre – is no stranger to canned scripts and false starts. Now more than ever, it seems like we fans love to discuss ill-fated films such as Tim Burton’s Superman Lives, Joel Schumacher’s Batman Triumphant (a film I will explore in the very near future), and J.J. Abrams’ Superman: Flyby. Heck, we still can’t shut up regarding what Batman Forever would’ve been like had Burton been at the helm. Today, I’d like to talk about Tim Burton’s Catwoman and a Nightwing film that was never realized.

If you own either the 2 Disc DVD or Blu-Ray editions of Batman Returns and have watched the bonus features, you’re aware of the fact that Michelle Pfeiffer’s Catwoman was originally supposed to die. At the last minute, the creative team changed their minds and decided to let her live so she could come back in a future film. You have no idea what they went through in post-production to get that shot of her looking over the Gotham skyline.

As early as 1993, it seemed that our favorite feline fatale was not going to return in a third Batman film, as Variety made known. According to Den of Geek, this interpretation of Catwoman was set to get her very own spin-off.

Tim Burton was likely to direct, with Batman Returns screenwriter Daniel Waters once again taking over as scribe. He turned in his script in 1995 and told Film Review the following during that very year: “after the traumas of the Batman Returns she has amnesia, and she doesn’t really remember why she has all these bullet holes in her body, so she goes to relax in Oasisburg. What Gotham City is to New York, Oasisburg is to Las Vegas-Los Angeles-Palm Springs. [It’s a] resort area in the middle of the desert. It’s run by superheroes, and the movie has great fun at making fun at the whole male superhero mythos. Then they end up being not very good at all deep down, and she’s got to go back to that whole Catwoman thing.”

Sounds divisive, huh? Actually, you can probably find the script online if you dig deep enough. According to fans who have read it, it was similar in tone to Batman Returns and was rather good.

So what happened? Batman Forever happened. Regardless of what you may think of it, it was the biggest movie of 1995 and earned more cash than its predecessor. This caused Warner Bros. to surmise that family friendly was the way to go and the need for a dark Catwoman movie from Burton wasn’t as desirable. It also didn’t help that both Burton and Pfeiffer were extremely busy. “For a while, like a brief time, Tim was interested in maybe doing a Catwoman movie,” Pfeiffer told Empire in 2012. “But that didn’t really last very long.” 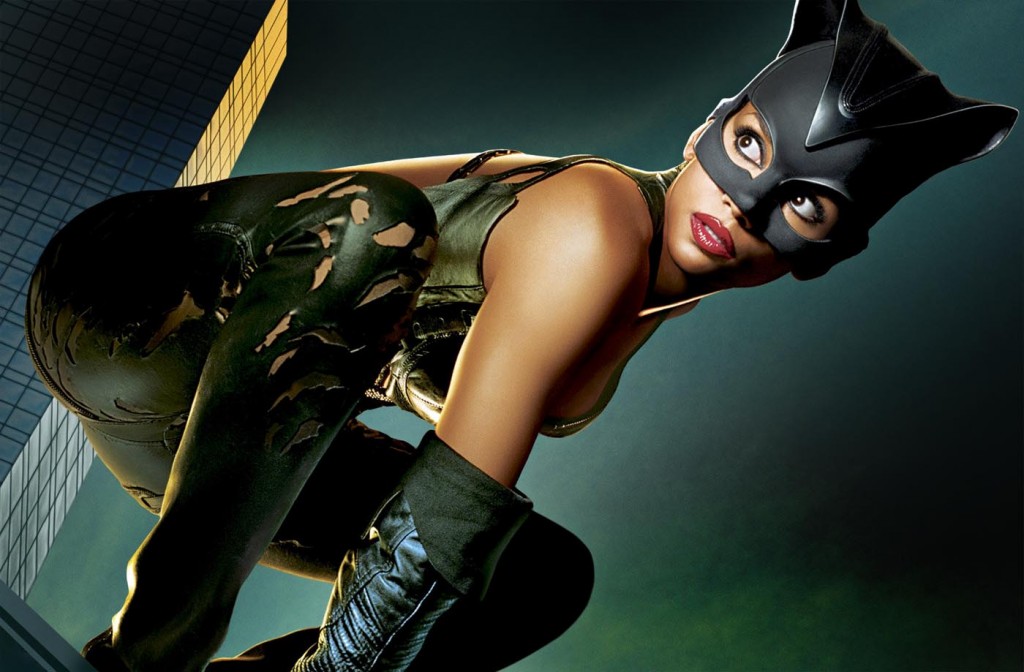 The film languished in developmental hell for years. Ashley Judd and even Nicole Kidman – Forever’s Chase Meridian – were considered as Pfeiffer’s replacement. Eventually we got the 2004 film starring Halle Berry that seemed like something conceived by people in a board room who had no knowledge of the character thought it should be, while being entirely bereft of Selina Kyle. To say it was atrocious is a massive understatement. Although Dick Grayson has appeared in various live action projects, fans still yearn for Nightwing to be fully realized on film. So far, the closest we’ve gotten is Chris O’Donnell’s costume in Batman and Robin (above). Before that film hit theaters, WB was planning on a Dick Grayson centered spin-off to hit theaters afterward. That’s right, Robin and his extremely obscene codpiece were going to occupy a film of their own. 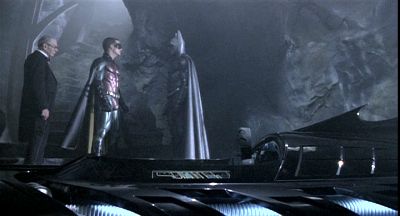 How Robin’s codpiece didn’t earn Batman Forever an NC-17 rating is beyond me.

Earlier this summer, Chris O’Donnell spoke with ET to reflect on Batman Forever’s 20 year anniversary and dropped a proverbial bomb: “Yeah there was at one point: Nightwing. When the reviews came out on Batman & Robin, that was shut down immediately. This has been a great opportunity for me and I’m not going to look a gift horse in the mouth. It was an amazing opportunity and gave me incredible international exposure. And everyone dealt with it differently. Some people became very reclusive about it and freaked out by it. I thought George handled it great. He was like, “Well, we killed the franchise,” and funny about it. For me, I will always look back with fond memories. But of course, I’m not as proud of the second one as I was of the first one.” 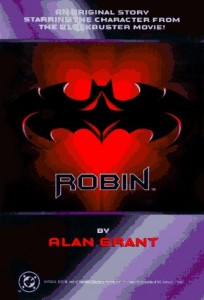 So what happened? Batman and Robin happened, as O’Donnell illustrated. Cartoon noises, ice puns, and musclemen covered in body glitter just didn’t resonate with moviegoers. It’s interesting to note that in the advent of Batman and Robin a novel titled Robin: Facing The Enemy was released. It dealt with Dick trying to lead his own life, not entirely agreeing with Batman’s methods. Sounds to me like some seeds were planted here and were never able to sprout.