Based on the energy that’s been building in the past few issues of Deathstroke, I had high hopes for this annual publishing. And in the beginning, those hopes were satisfactorily matched, but halfway through, the story suddenly fragmented into a confusing dream sequence then quickly lost its momentum. 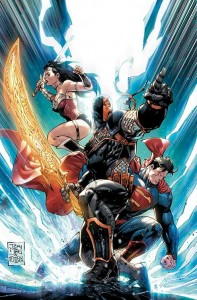 Aside from the transformation of Lapetus’ Army into a monstrous bulk of writhing undead souls (which was depicted with some really cool imagery), and a teaser cameo appearance by Superman, the best thing about the second half of this comic is the extra page count. You definitely get your money’s worth there. But for all the fun we’ve come to expect from Deathstroke and the latest “God Killer” storyline, this annual read more like a “cookie-cutter” attempt to fill space instead of an exciting continuation of the story. 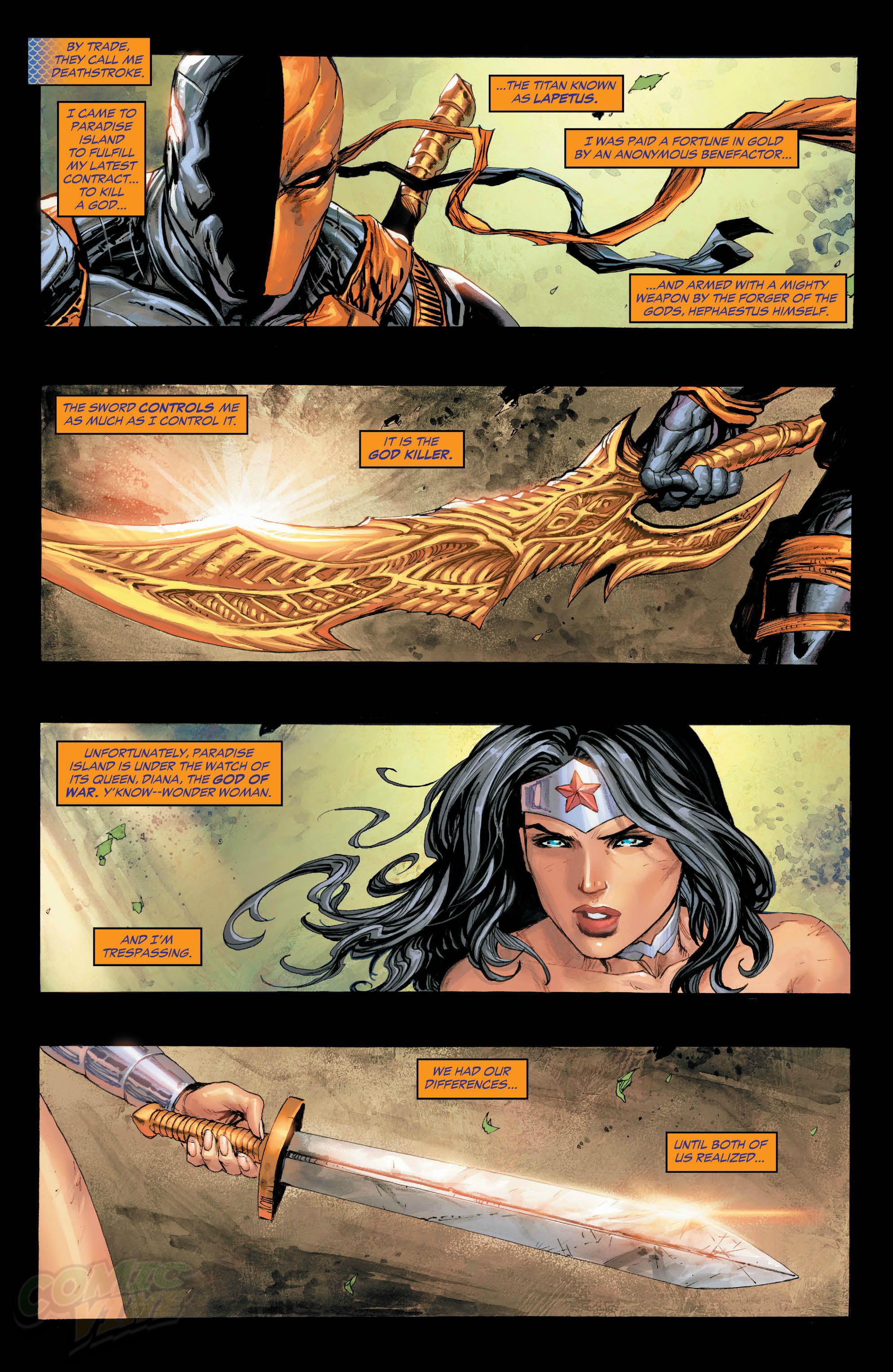 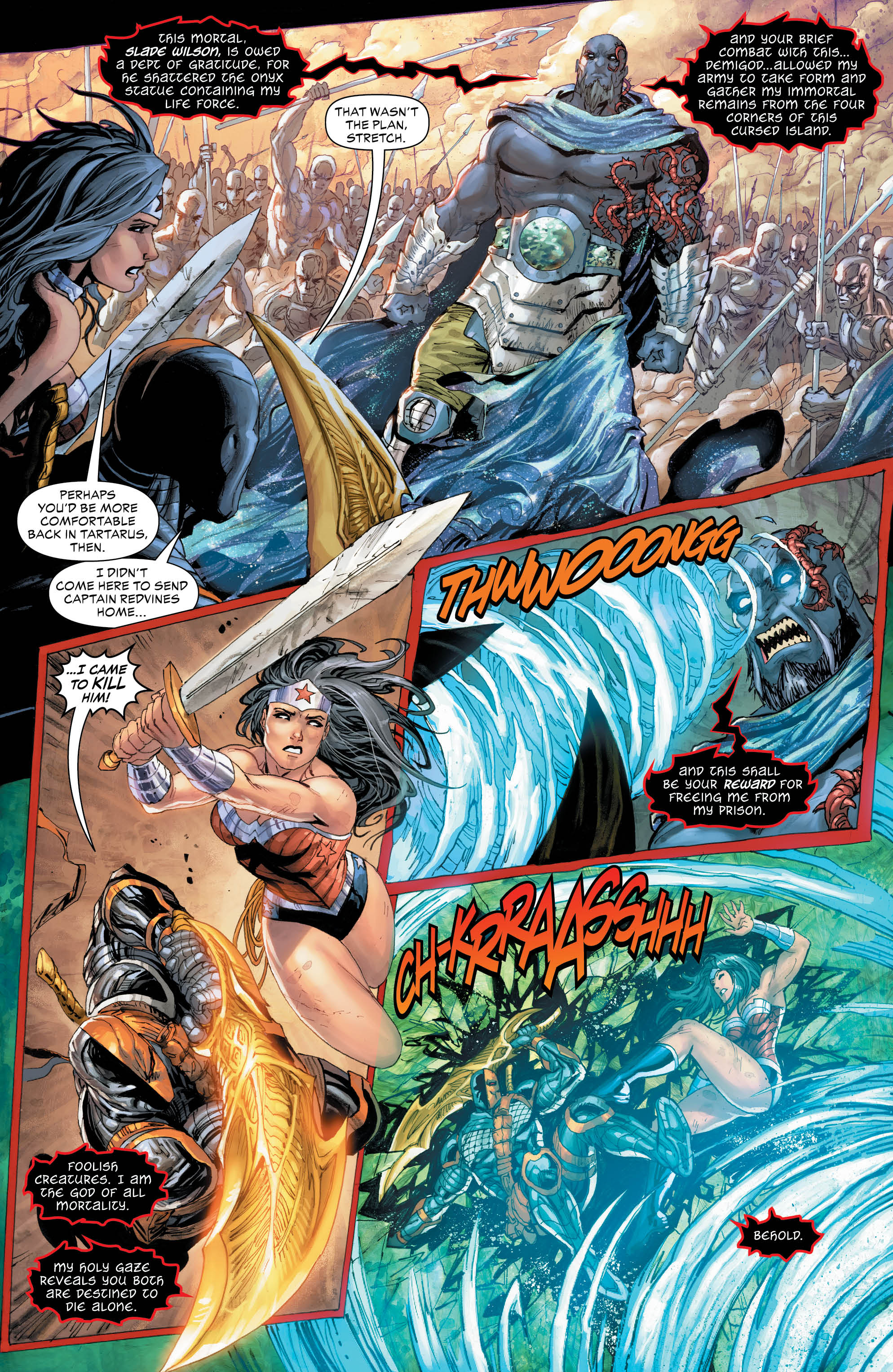 Considering we began with two heroes from opposing alignments banding together to fight off a Titan God and his army of ghouls, all we got was a bunch of talk and a few pages of fight scenes before things got fuzzy for readers. The writing effort was a bit thin; leaving too much on the table undone. 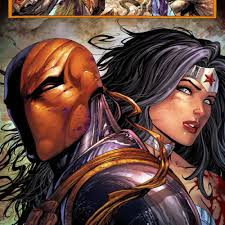 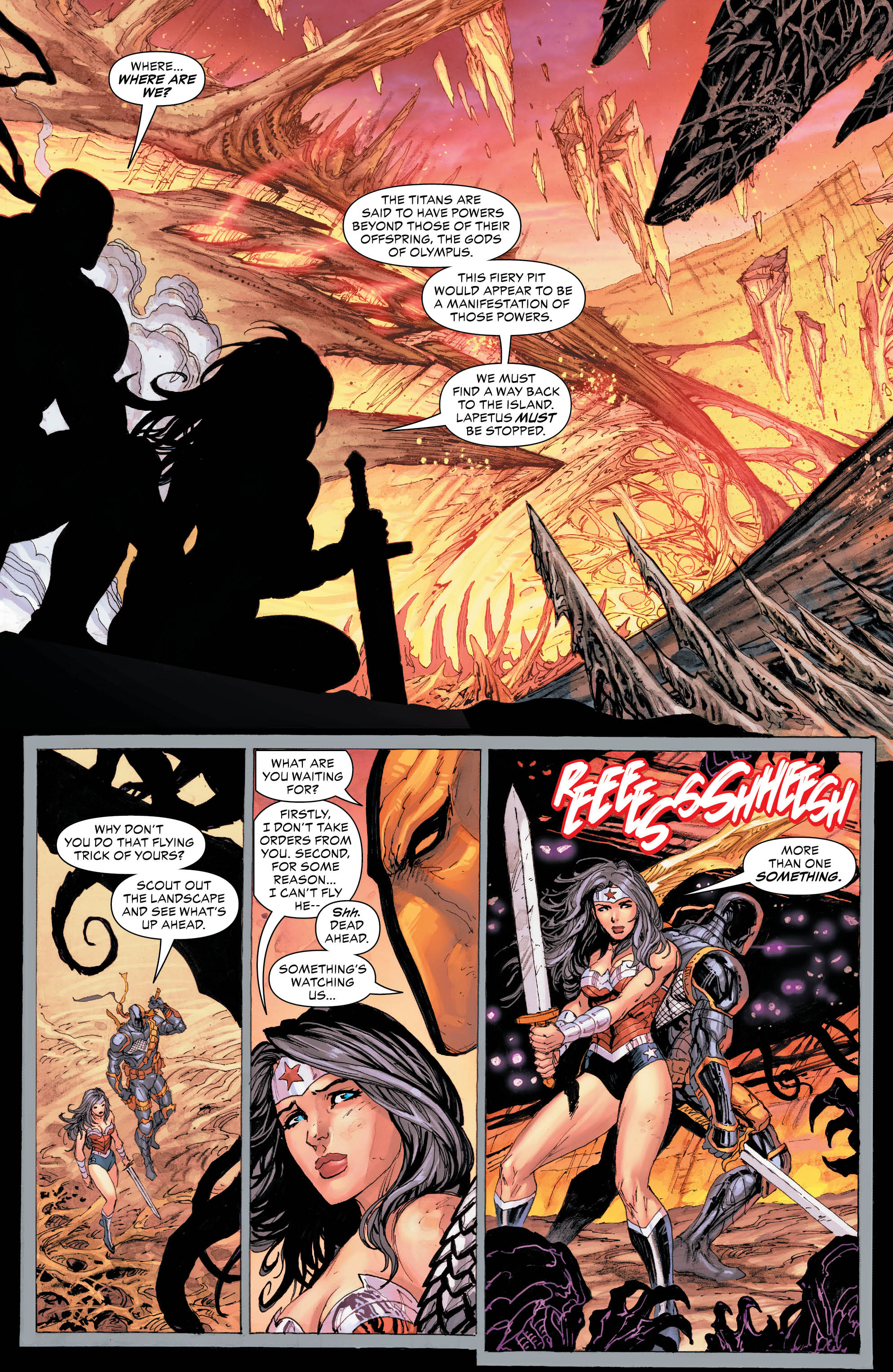 Although Deathstroke and Wonder Woman do finally engage Lapetus’ squirming horde of zombies, Lapetus quickly uses a “mind over matter” approach in the middle of battle to open a hallucination portal in the form of an undead monstrosity into which he coaxes our heroes. Once they enter the portal, Lapetus induces guilt-ridden images into their minds and uses their guilty consciences against them to alter their perceptions of reality in hopes of discouraging them into giving up. When this doesn’t happen and they finally free themselves from Lapetus’ hallucinatory spell an uneventful ending follows with no progress and no resolve.

While the artwork in this issue was as strong as ever, it wasn’t enough to save an otherwise mediocre plot, especially when compared to what we’ve come to expect from this title and its charismatic lead character.