Spoiler Alert! Images are out for Detective Comics #43. Bullock, Montoya, and Julie find Batman (Jim Gordon) busted up but alive in an alley standing over one of the thugs he took down. As they regroup, they are trying to figure out what is going on and what this new gang of villains plans on doing with the power core from the Batman suit that they stole. 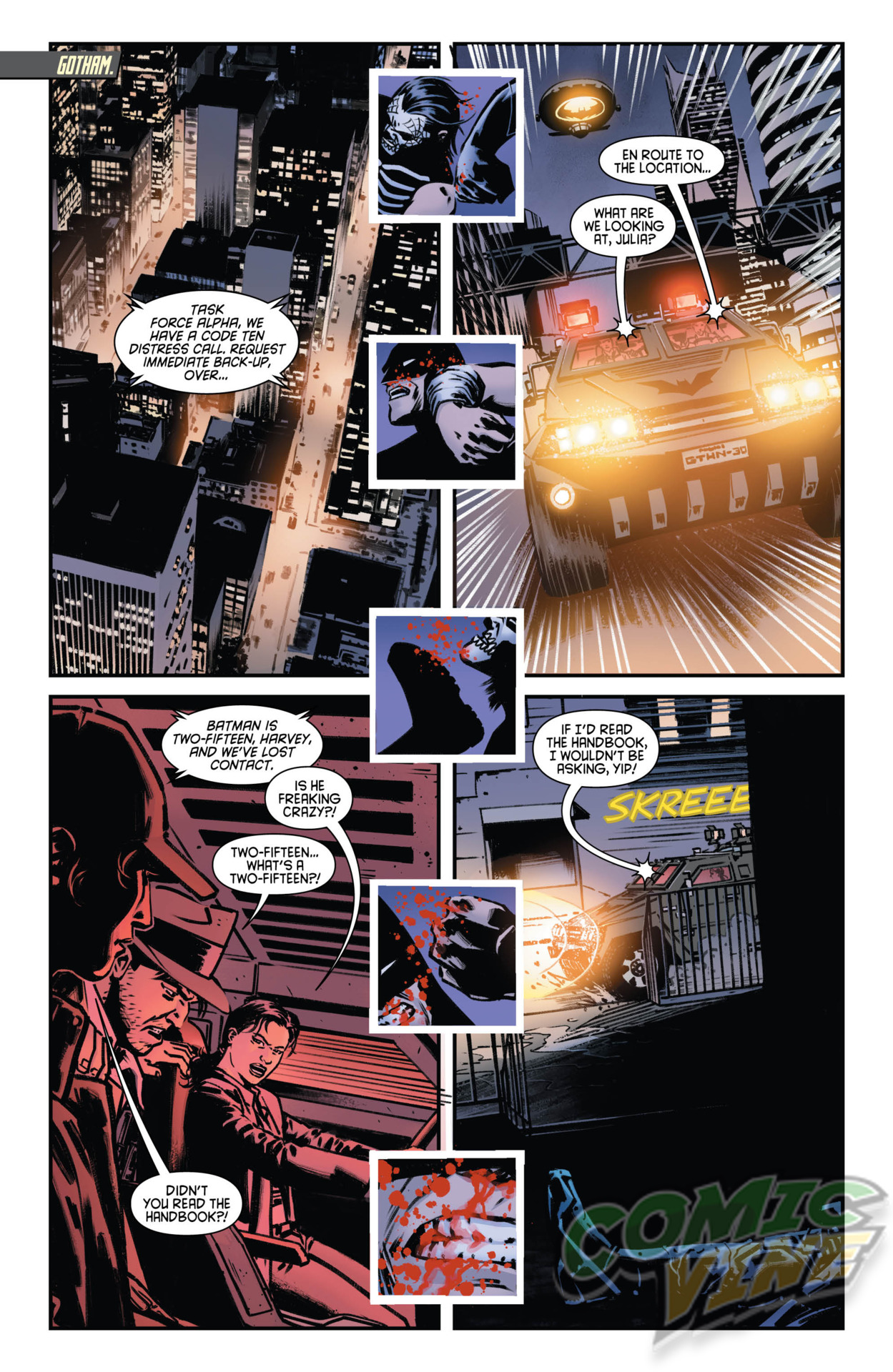 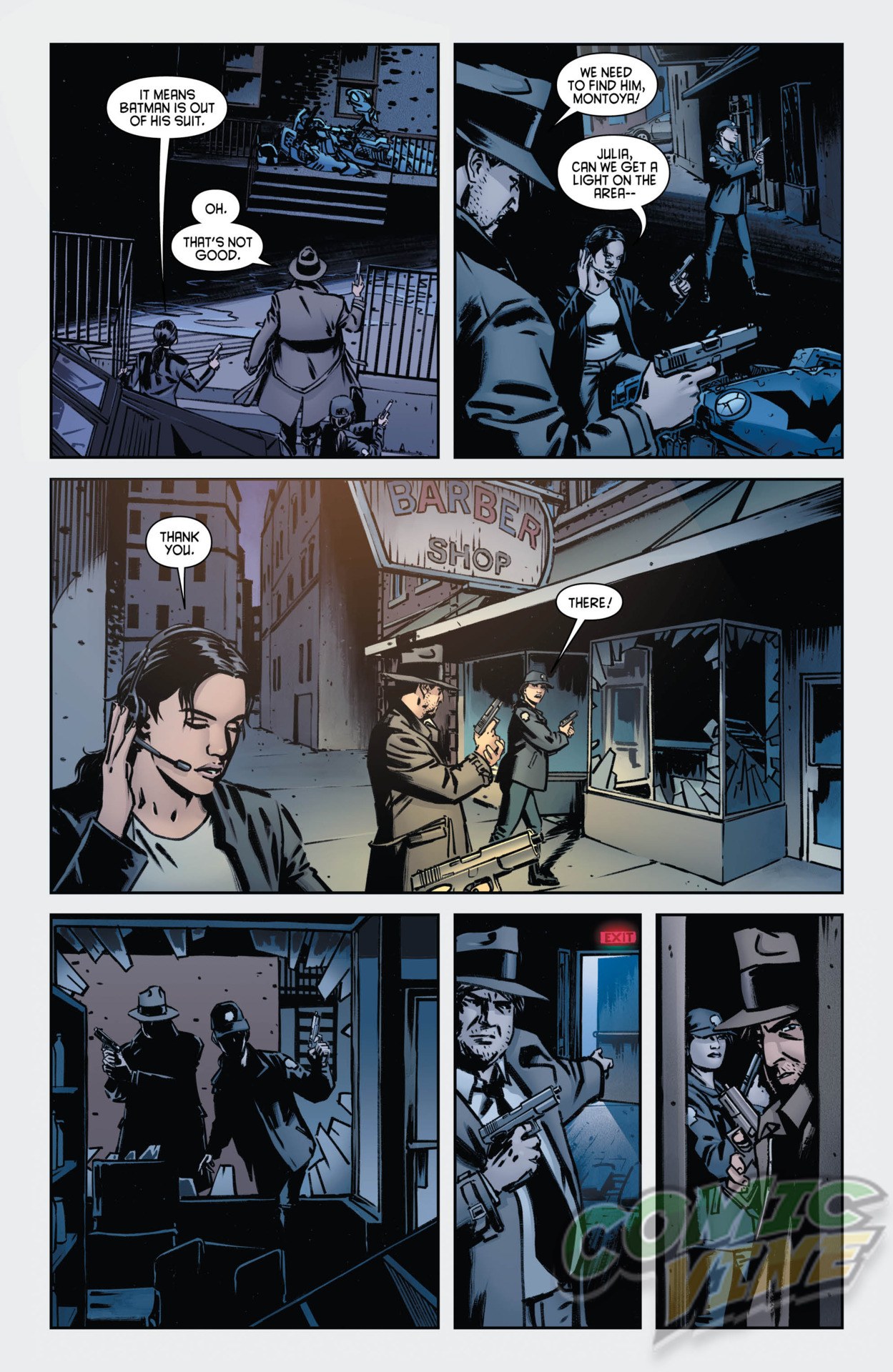 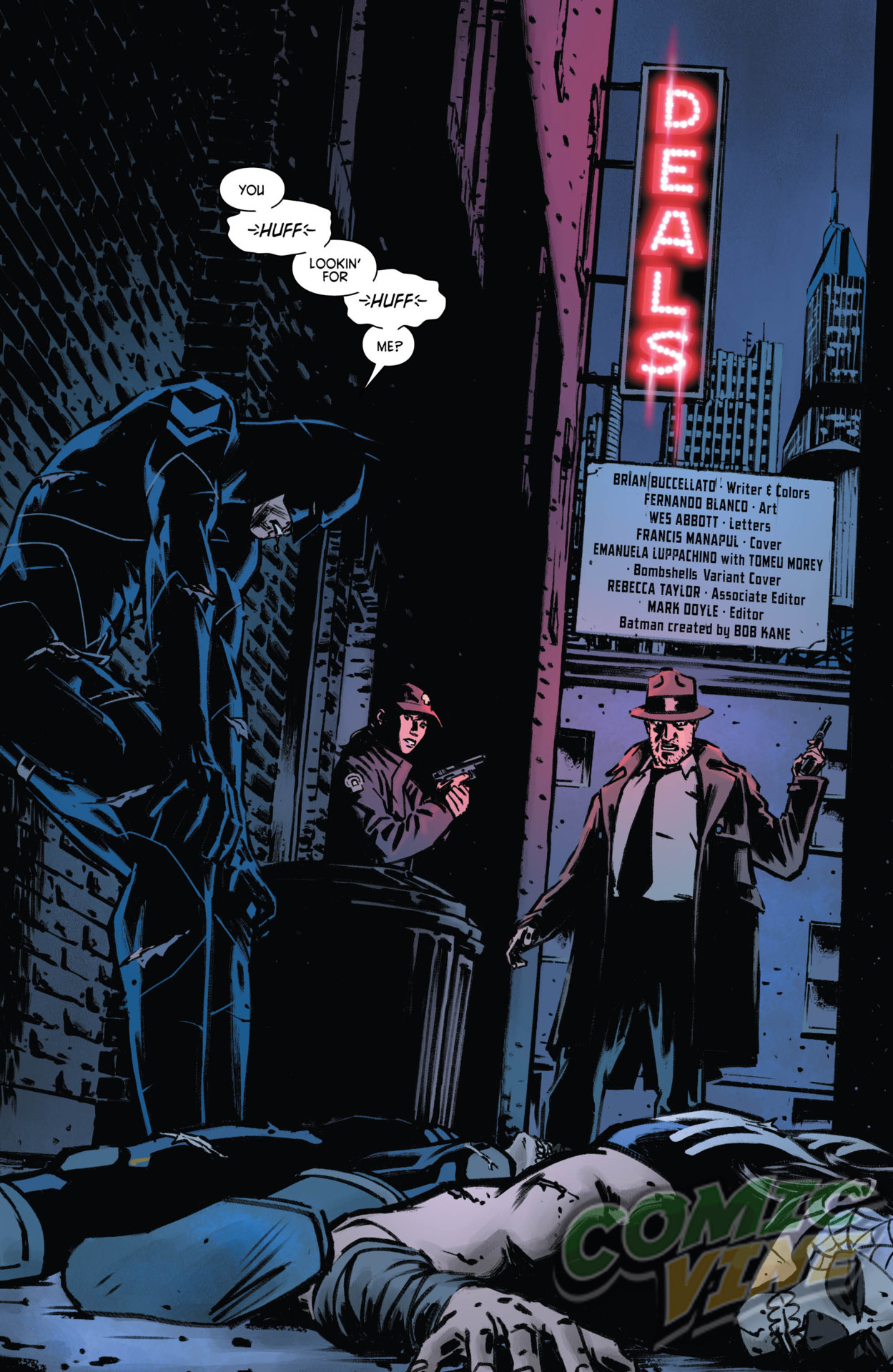 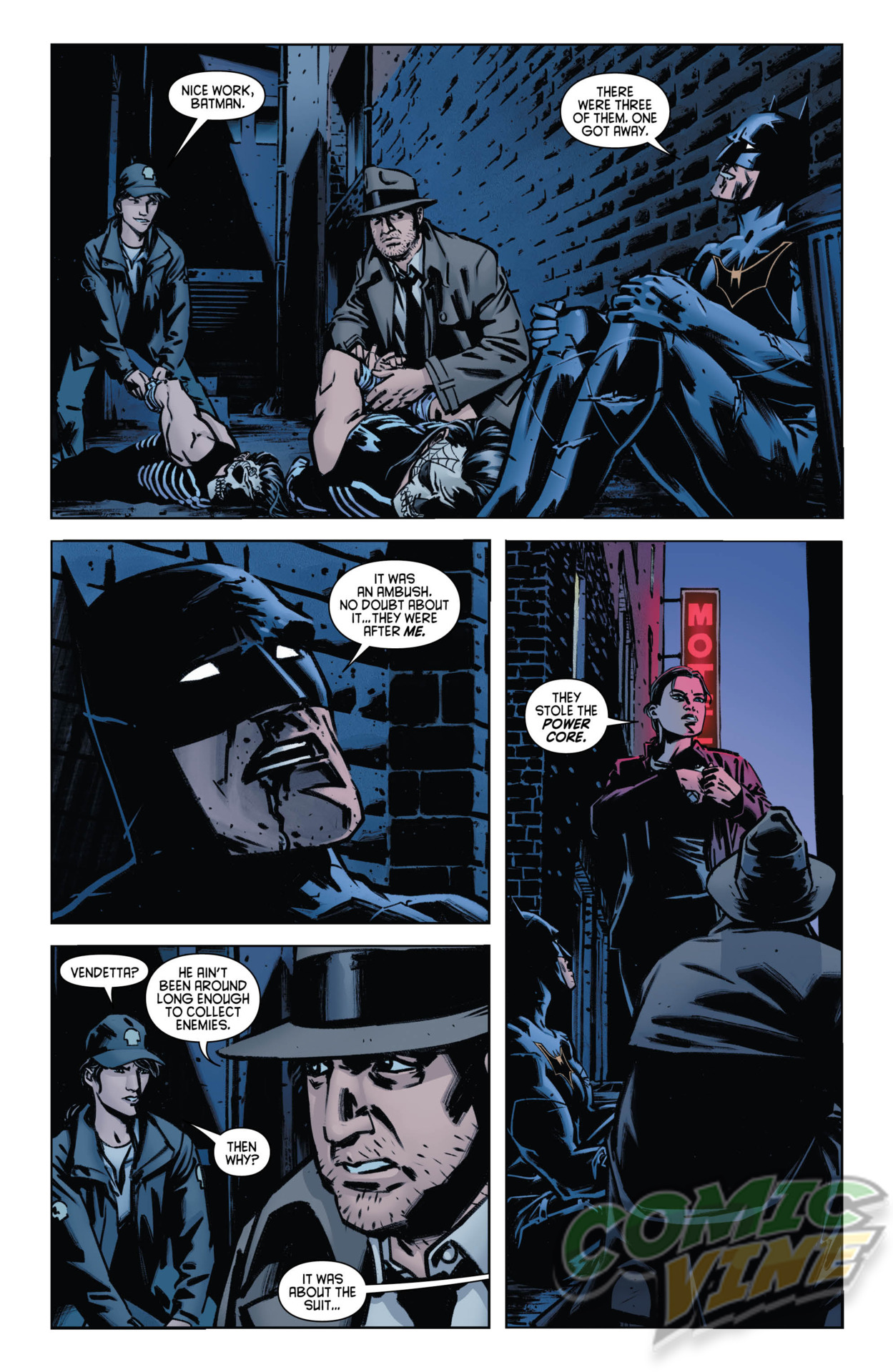 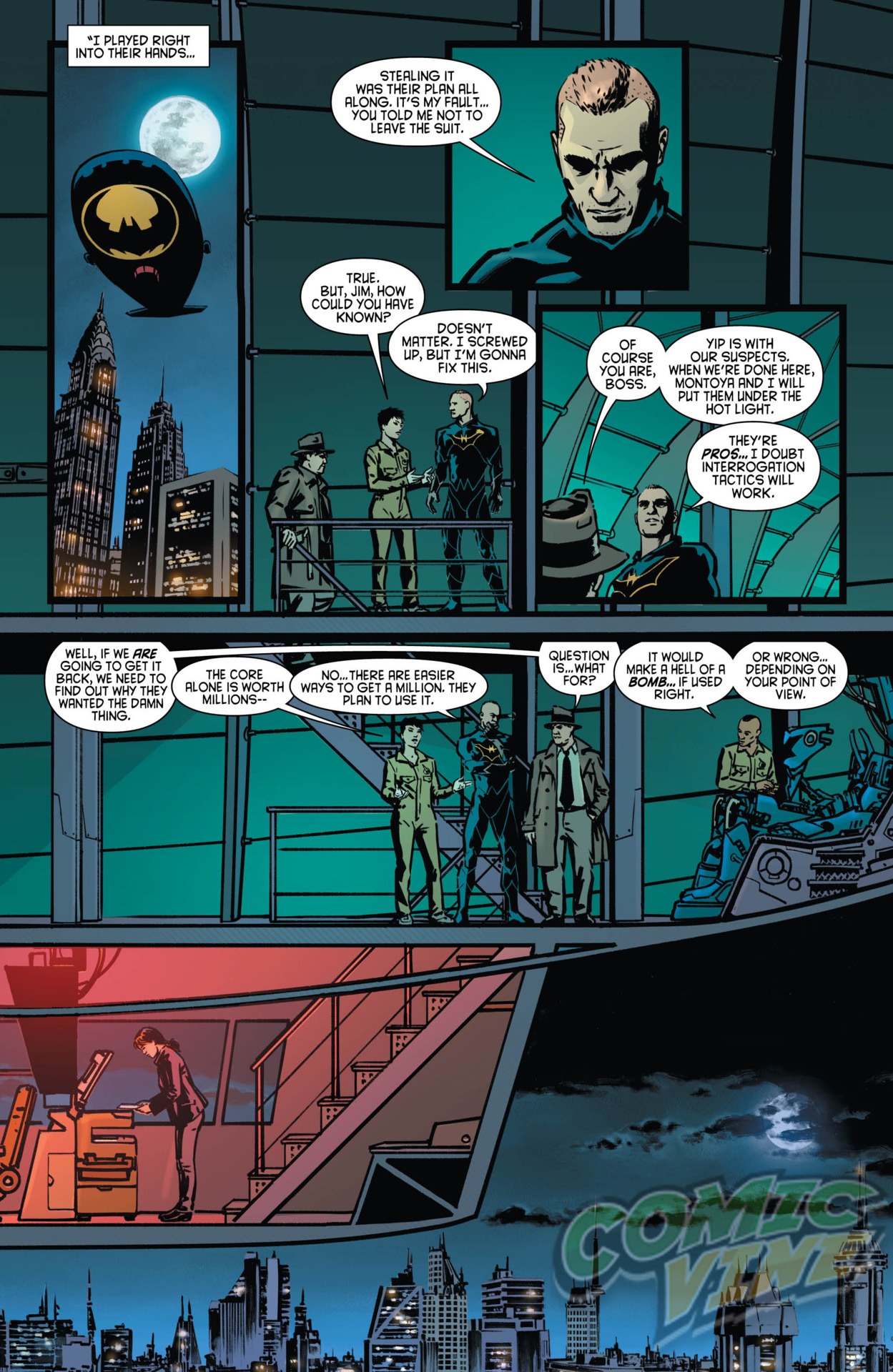 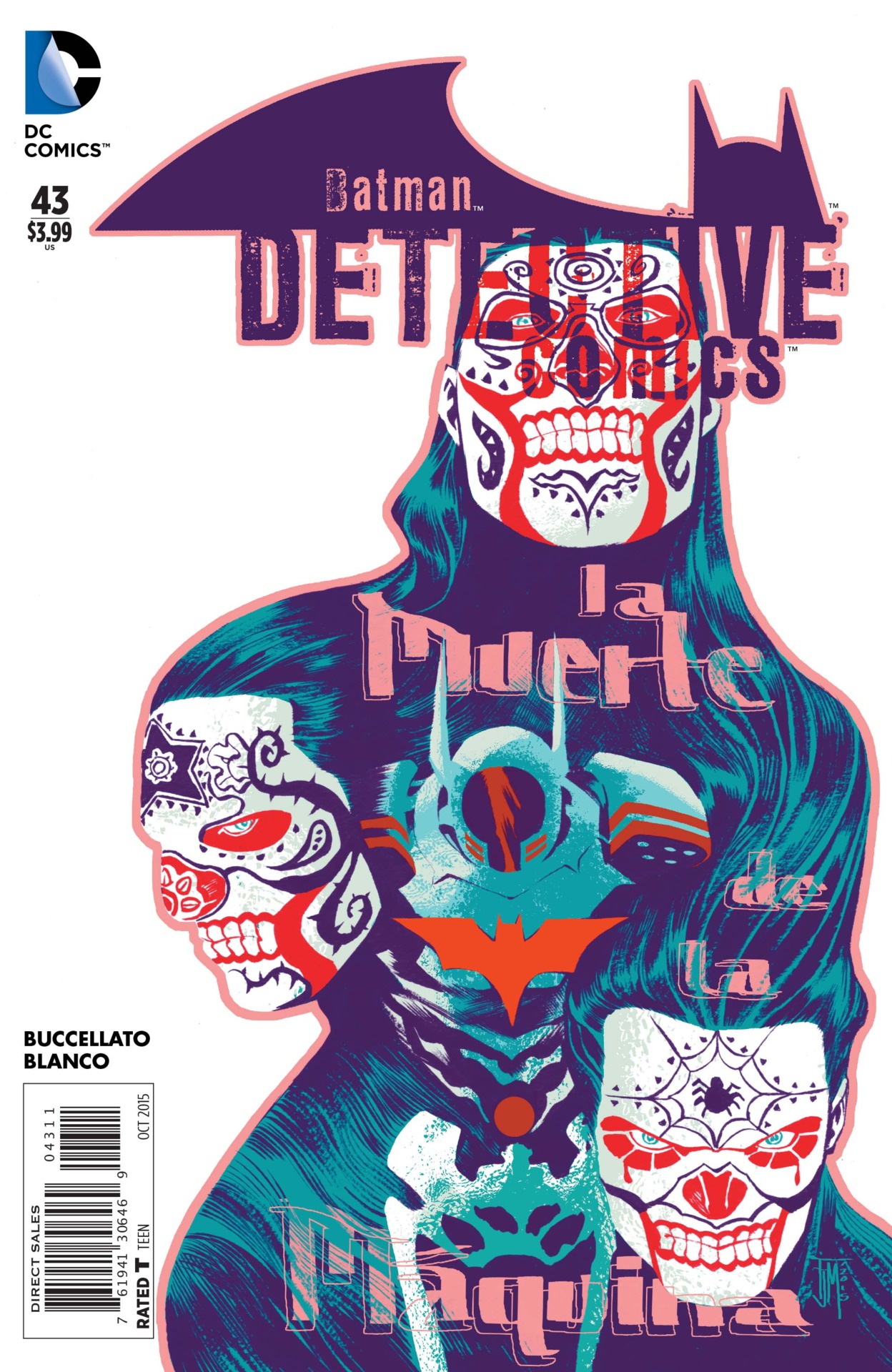 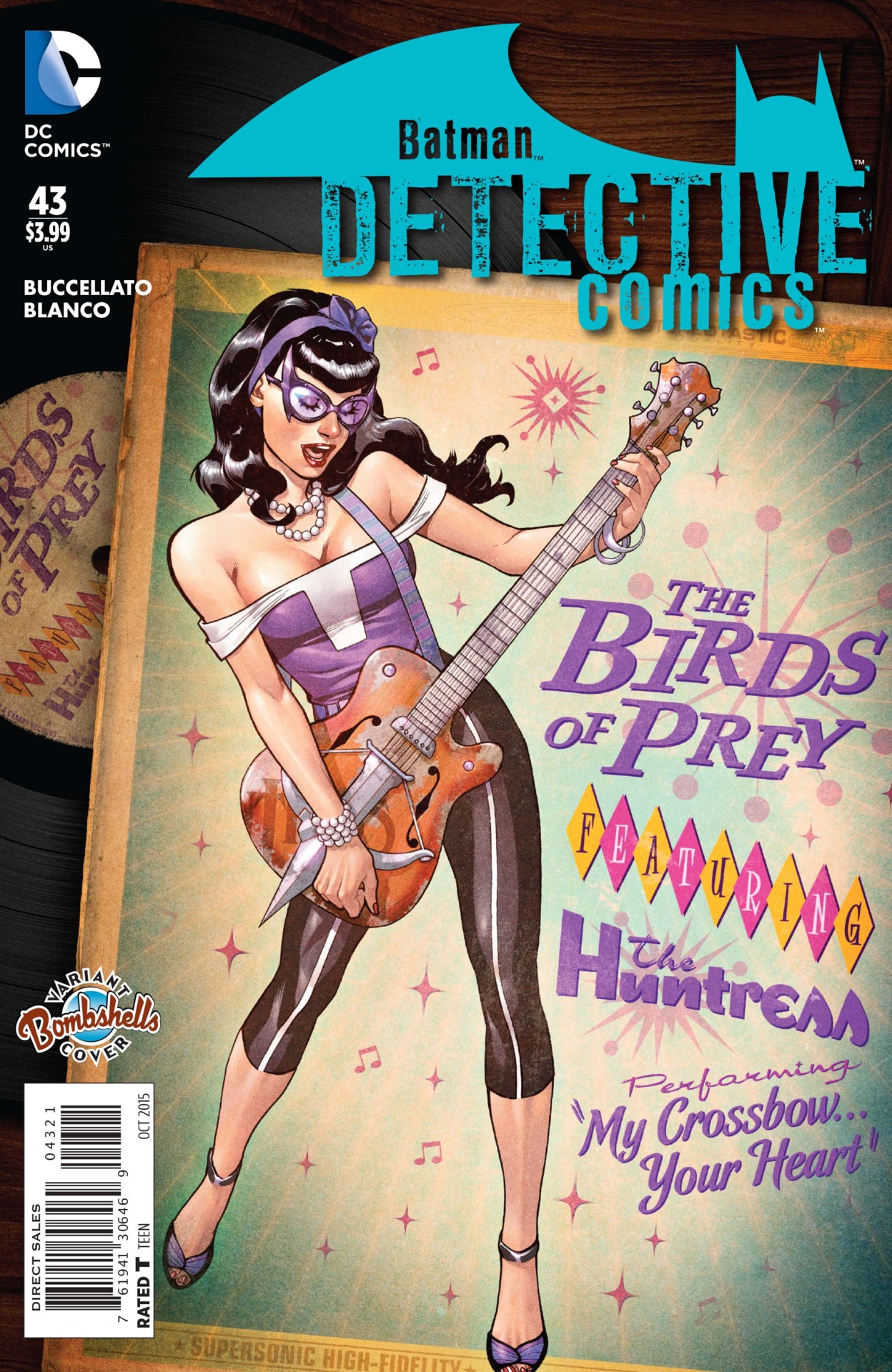 Batman and his new team are after a band of thieves in Gotham City-but they’re about to develop a new weapon that will make them much harder to stop!

I’m not a fan of Bunny Batman, but I know, like most comic readers, it won’t last long, so I’m still in for the ride. I have been enjoying Dectective Comics more than the main Batman title lately. Written by Francis Manapul, Brian Buccellato, and art Fernando Blanco, Detective Comics #43 will hit stores August 5, 2015.