Last week marked the 20th anniversary of a very contentious film and one of many blemishes in Batman’s history. I’m talking about Mr. Joel Schumacher’s entry into the Batman universe, known as Batman Forever. It was unleashed upon the masses not too long after Tim Burton brought us the very dark and slightly grotesque Batman Returns. Though it was a commercial success, WB felt like it wasn’t as profitable as it was initially projected to because of the somewhat disturbing tone of the movie turned most children off to the merchandise. At least, that’s what I’ve heard. Since show business is in fact a business, you’ve got to make certain moves that will ensure maximum profit. With that being said, Tim “quirky and dark” Burton was out and in came Bat-Nipples Schumacher, who ushered in a Batman for which most of us would like to forget. It was bigger, brighter, and filled with so much neon that the movie-going experience felt more like a homoerotic rave. It was the beginning of the end for that live-action Batman. But you know what? I didn’t mind it at all. At the time, people believed that it couldn’t get any worse. Obviously, in hindsight, we found out just how bad it could get.

Sure, it wasn’t quite the Dark Knight of justice that I’d prefer, but I have a sentimental attachment to the movie because it’s my first memory of a live-action Batman. Nostalgia is often the rose-tinted, beer goggles to the past, but surprisingly, not in this case. Having recently viewed this “abomination,” I found that although I’m totally aware of all its flaws, it’s still a very fun movie and still stands today. It’s hokey and campy and any other adjectives you could come up with to describe an over-the-top circus act, but that doesn’t necessarily mean that it was all bad. There were a lot of good ideas, they just weren’t executed well.

There wasn’t very much Batman for a Batman movie. 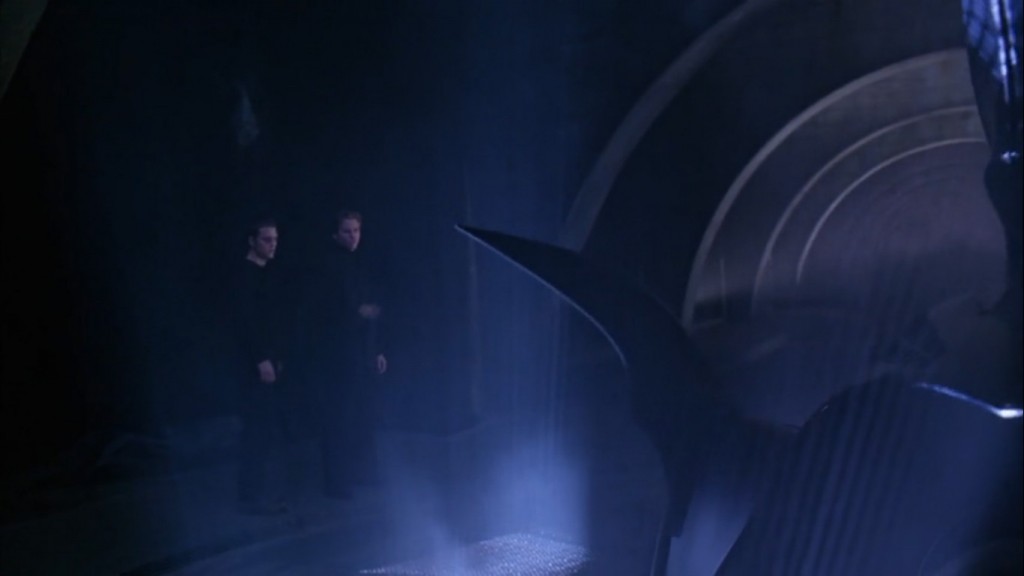 Though some people seem to think that Burton’s era with the Bat was flawless, it definitely had its problems. There wasn’t very much Batman for a Batman movie. In line with Burton’s melancholy character, it seems that he was far more fascinated with the outcasts rather than the hero. There’s nothing wrong with that. Batman’s just not quite as interesting without his gallery of seriously psychologically damaged rogues. As a result, we got two pretty fantastic character studies on the Joker and (a very different) Penguin.

Schumacher attempted to balance the characters out, with a deep focus on Bruce questioning his resolve to continue being the Bats when Dr. Chase Meridian came into play. The struggle was intense enough that Bruce briefly gave up the cape and cowl. (Mask of the Phantasm did a waaay better job at that.) 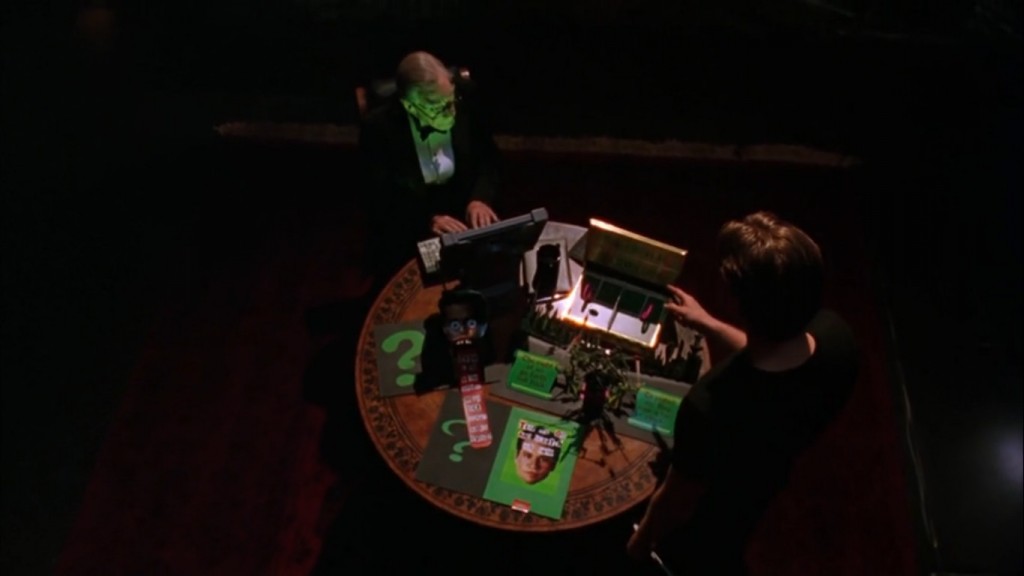 “And another name for a mystery?”

Tied in with the lack of Batman in two Batman movies, we never really got to see Batman utilize his detective skills for which he’s also known. As the police are investigating the death of Fred Stickley, it was Bruce alone who didn’t quite believe the obvious conclusion of a suicide. I concede that most of the detective work is led by the Riddler and his riddles, it’s still more deduction than what Burton’s Batman seemed to be capable of. 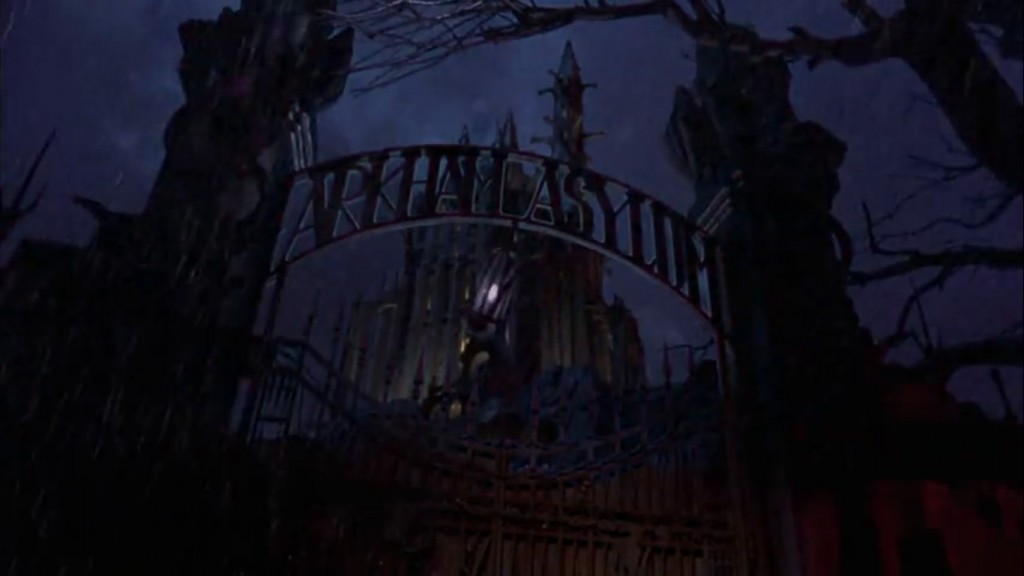 It’s interesting to note that Burton seemed focused on justice by way of death, neatly putting an end to each villain. Though Batman never actively caused each of their unfortunate fates, it’s more often than not in Batman’s adventures that people are caught and sent to Arkham Asylum. Batman Forever was the first of the modern Batman films to feature Arkham Asylum and thereby proposing the notion of rehabilitation, no matter how unlikely. Granted, it was only a brief glimpse at the end (deleted scenes provide a longer look at Arkham, when Two-Face’s escape was discovered), and played mostly for laughs. 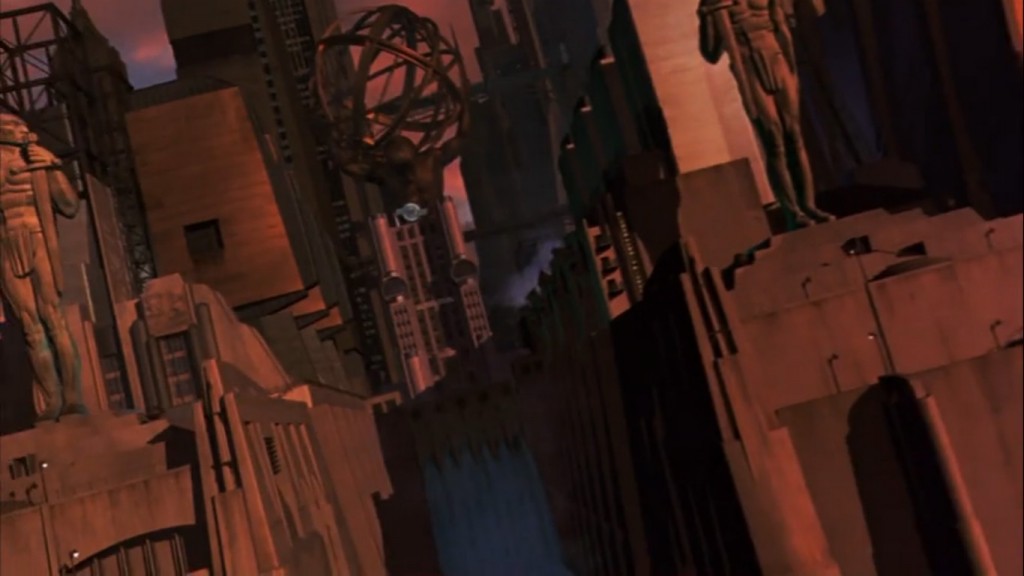 The larger than life sets and popping vibrant colors all contribute to a look and feel that is generally reviled by fans, but it was done with good intentions. It’s obvious that Schumacher was attempting to bring a comic book to life with this movie, honoring the work of Dick Sprang, while still bringing about the characteristic darkness associated with Batman. In a world where comic book movies must be grounded in reality to be taken seriously, I’d venture to say that this movie, in terms of aesthetics, was likely one of the most comic-booky comic book movies ever. However, for all his best efforts, it’s easily nullified with one very bad choice: Bat-Nipples. That’s pretty unforgivable. 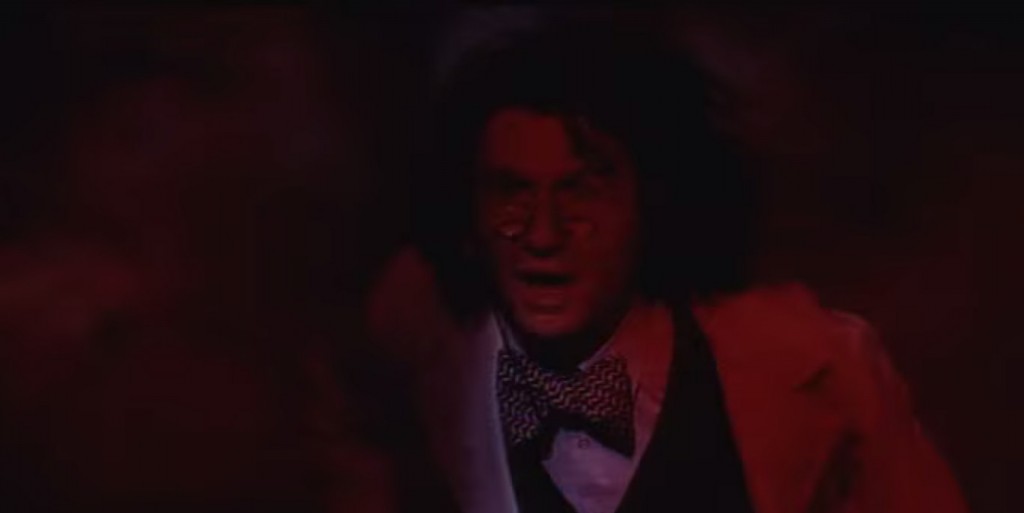 Two-Face’s escape from Arkham Asylum was deleted for the theatrical cut of the movie because WB deemed the scene too dark. It can be found on YouTube where you can judge for yourself.

Although a what-could-have-been doesn’t quite count, I find it important to acknowledge that Batman Forever was supposed to be a darker movie. Schumacher made some bad choices, but it’s certainly not entirely his fault. WB mandated certain cuts to the original film because they deemed some scenes too dark for a movie that was supposed to lure in the children that Burton and his deformed Penguin scared off. It’s clear that WB was involved every step of the way to ensure a more commercially viable film.

Overall, the movie wasn’t very good, but for me, Batman Forever wasn’t nearly as bad some people say it is. Having recently seen it, I had a blast watching it. I was both laughing at the absurdity of some things (Why does Gotham have a Statue of Liberty?) and genuinely entertained. The action sequences were relatively fun and who doesn’t enjoy Jim Carrey acting out in his trademark mania? Here’s the skinny: There was a lot of potential in this movie as it was clearly trying to right the wrongs of the previous flicks. Great ideas and good intentions were at work here, it was just very poorly implemented. At least it’s watchable. Last time I popped in Batman and Robin with a group of friends, 80% of us left and the remainder had to turn it off.