In a recent interview with Adam Driver, when asked if there was any truth in the rumor regarding his consideration for Nightwing/Robin in Batman vs. Superman, Driver gave a resounding “no.” 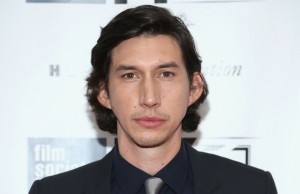 It’s been a very long two weeks, since we heard that Nightwing might be featured in Batman vs. Superman. Just two days after that rumor hit the Internet, we had our supposed frontrunner in Girls star Adam Driver. So when Collider had the chance to speak with Driver at a press junket recently, they made sure to address this hot rumor. When asked if there was any truth to the rumor of him being in the running for Nightwing in Batman vs. Superman, Driver gave a very succinct “no,” with a hint of disbelief. You know, as if there could possibly be any truth in the rumor.

Considering that I’m not overly fond of this guy donning the domino mask and leotard, we must remember that actors have outright lied when they were sworn to secrecy by the studios. Remember Marion Cotillard and how she wasn’t playing Talia Al Ghul? This could just be a great performance by a gifted actor. Don’t mind me, just speculatin’ here.

Considering the fact that we’ve got absolutely no other clues at the moment and since this rumor is about him, I’m going to take it as confirmation for now.

Take a look at the interview:

For the time being, I’m going to breathe a sigh of relief. I’ve never had the opportunity to see Driver’s acting, but as I’ve said before, he doesn’t quite look the part.

What do you think? Are you disappointed that Driver won’t be donning the domino mask? Let me know.