Batman & Superman fans will be treated at a fan event this Saturday that will be hosted by Kevin Smith, Zack Snyder, Henry Cavill and Amy Adams. It has been reported that some artwork will be on show for a “movie that’s coming up”. 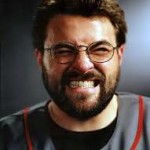 Ok Fans, we may have something special for you!

In his most recent episode of the Hollywood Babble-On podcast, Kevin Smith believes that we will see some official artwork for the Man of Steel sequel that as we know will include the Dark Knight. What type of artwork could be lucky enough to see?

“They’re doing a special on Yahoo that I’m hosting, Zack Snyder is the featured guest, but it’s all about Man of Steel. So it’s me, Zack Snyder, Amy Adams, Henry Cavill is on video from London or he may even be on set with us, and then there’s some Michael Shannon stuff. So it’s an hour long, it’s free, it’s on the internet, but it’s just kind of to be like ‘Hey, Man of Steel is coming out!’ But there’s two things, there might be announcements during this show and the one thing I do know is there’s artwork going to be on this show that may or may not have something to do with a movie that’s coming up.”
Kevin Smith confirms that he is in fact referring to the upcoming Man of Steel sequel with Batman, we can speculate about what may be shown to the public but what if we get to see the “new take” on what the Dark Knight will look like in this new world? Imagine the buzz this will generate over the web.

On the topic of artwork I have sourced some of my favourite interpretations of the Dark Knight. Which of these would you like to see in the up coming 2015 release? Some of these are from very well known stories. Lets take a look. 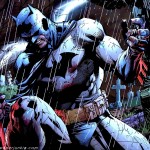 Batman “Hush” is a personal favourite of mine. Could Ben Affleck portray this type of “Batman” ? Even though this was based in the early years of the Batman I think the portrayal of the suit is very defining and claim’s power. 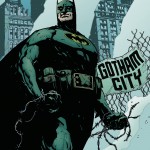 Batman “No Man’s Land “. Could this style fit a potential storyline in the Man of Steel sequel with the Dark Knight helping out Superman in a battered Metropolis ? Given the Dark Knight has had a wealth of experience in this story line the visual representation of Batman represents an older, wiser figure. 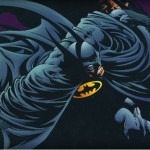 Batman “KnightFall”.  We have heard of an older, tired Batman in the upcoming Man of Steel sequel. Maybe with a few tweaks this could be the best choice for Ben Affleck. I can imagine him visually looking more like this with the his body shape and presence.

Leave your comments below on the type of Batman you would like to see.

Saturday November 9th brought to you by Yahoo Movies and Warner Brothers.

Time: 9:00am PST/Noon EST so logon and help celebrate the home video release of The Man of Steel.

Wonder Woman Down To Three?

Batman, Robin, David Hasselhoff and a Giant Smurf Are Heroes For a Day