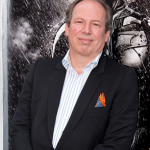 Damian’s dead, but that doesn’t stop Andy Kubert from bringing him back in an all-new story. The longtime artist takes a shot at his first writing project by bringing back Bruce Wayne’s son in the four-issue miniseries Damian: Son of Batman. The last time we saw the fourth Robin, he was killed by the hands of his clone brother in writer Grant Morrison’s epic finale to Batman, Incorporated. Coincidentally, Kubert helped Morrison introduce Damian back in 2006 in the pages of Batman. This story, however, focuses on how Damian went from being a hotheaded little kid, to the supernatural Dark Knight that Morrison and Kubert showed in the futuristic Batman #666.

“He was a Batman who killed,” Kubert says of that older Damian. “He was very violent — I guess regular Batman’s pretty violent, too — but he carries that over into his adulthood and that’s the point he’s struggling with: what he was when he was younger, should he bring that stuff into his adulthood?”

I can’t speak for everyone, but I wasn’t a fan of Damian’s. He slipped into the Robin shoes too easily, and caused too many problems for the Batman family. According to Kubert, I wasn’t alone.

“He was a character people loved to hate — a little wise guy, basically,” Kubert says. “I was just watching all the Breaking Bad (episodes). You look at Walter White and he’s a mean, nasty character, but he’s a character you love to hate. I love watching him. I think Damian’s along the same lines.”

By the time Damian met his demise, though, I was actually rooting for the little bugger (thank Morrison’s Batman & Robin run for that). I was on his side, and saw him as the future Batman. This new miniseries sounds like fun, and will help fill the gap from young Robin to mature Batman. Above all else, it’ll prepare us all for a proper goodbye to Damian, the son of Batman.

Damian: Son of Batman is out now.