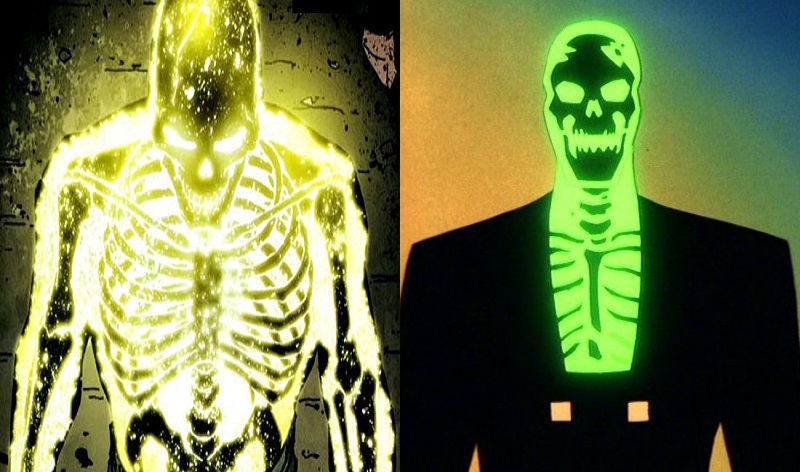 Now they have revealed a character sketch of Dr. Phosphorus, who is scheduled to make his first appearance in an upcoming issue of Catwoman.

Created by DC writer Steve Englehart, Dr. Phosphorus first arrived in the DC universe in Detective Comics issue #469, when a terrible accident involving a radioactive spill and nuclear reactions within his body set him ablaze, doomed to forever walk the earth as a living radioactive inferno. Driven to seek revenge against those he felt were responsible for his ill fate, his path has crossed with Batman’s on a few occasions.

Batman Beyond producer Bruce Timm admitted to having based the show’s villain Blight loosely on the character, and also to being a fan of Englehart’s work in the Batman comics. The resemblance is uncanny!

What do you think about DC’s addition of this character into the New 52 canon? Who is YOUR favorite Batman villain? Sound off in the comments below!