PREVIEWS: Talon #5 with Batman and Nightwing 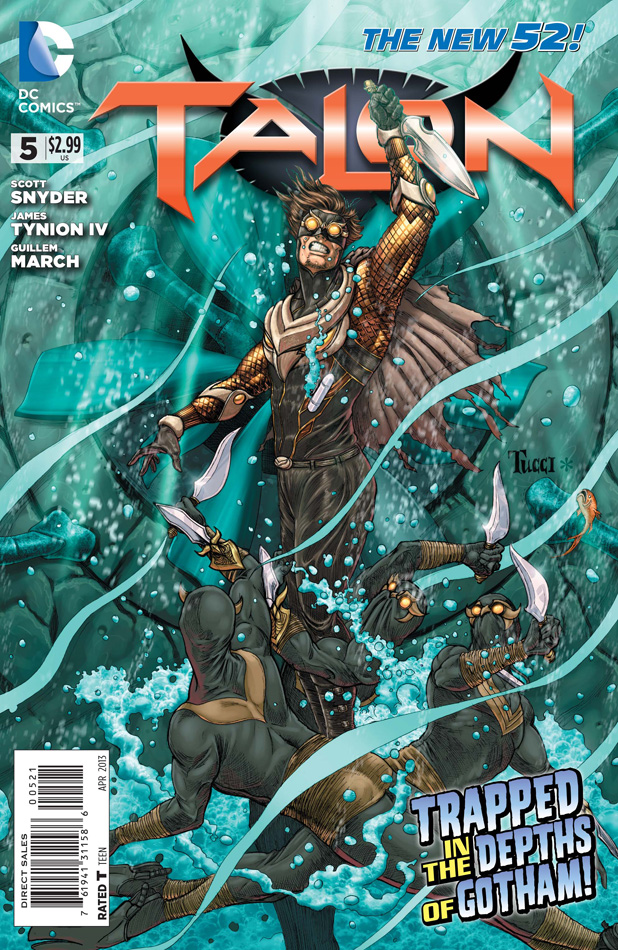 Talon has been a surprisingly good title for the Batman Family titles.  This issue appears to be no exception.  Continuing to build on the story of Calvin Rose, we get appearances of Batman & Nightwing in this issue, and the start of Batman’s thoughts about Calvin Rose and Talon.  Also in the preview, check out the cameo of Batman and Nightwing in the Bat Cave and see if you can name all the vehicles and items in the cave.  Looks like this should be a good issue with a collision course between Batman and Talon in Gotham City.

Retailers: This issue will ship with three covers. Please see the order form for more information.

• The Talon vs. Felix Harmon, a.k.a. The Gotham Ripper!

• The bank heist goes terribly wrong. Who will make it out alive—and who is already dead?!

• The Talons secret hideout is in danger—and so are all the people in it! 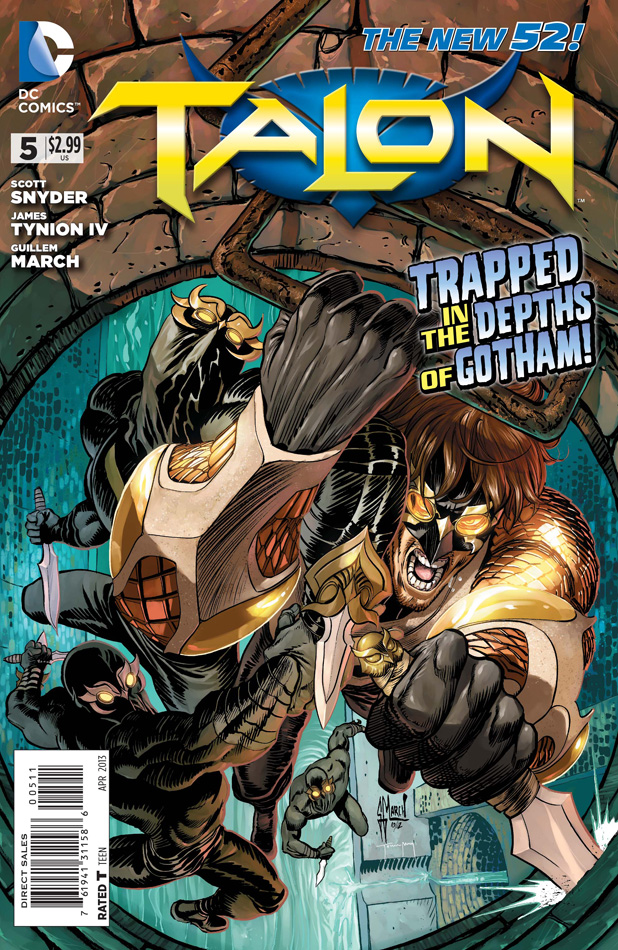 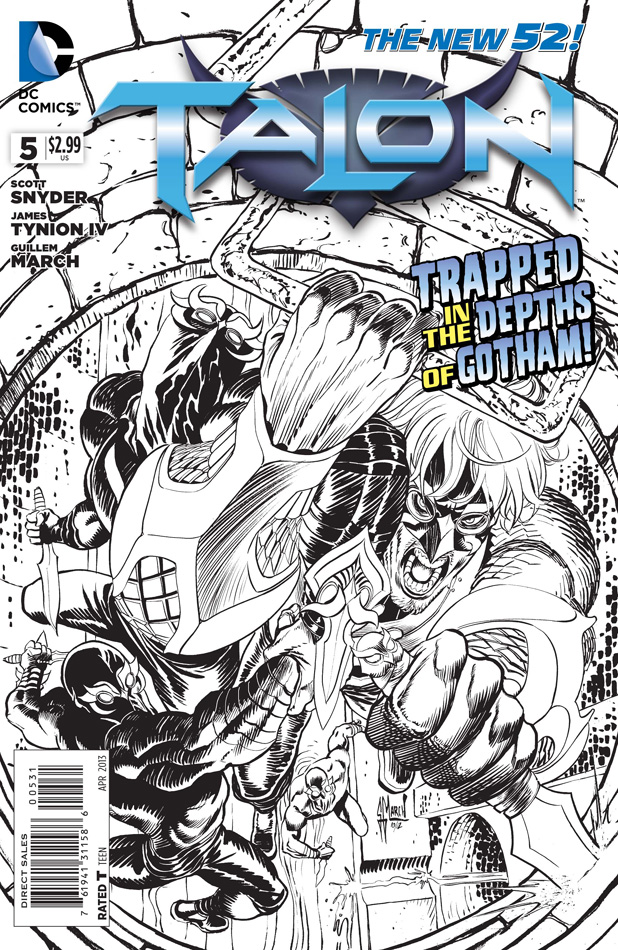 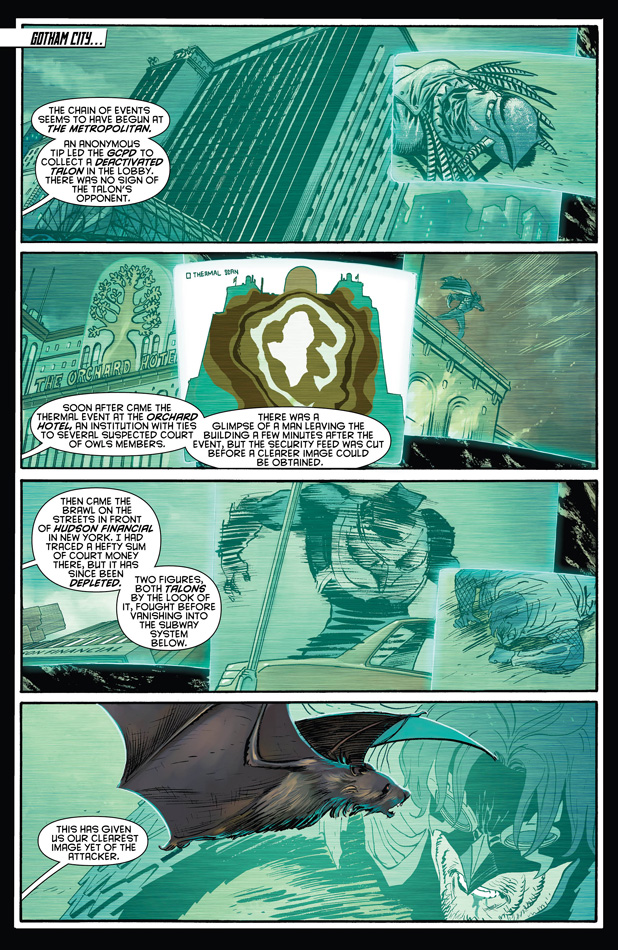 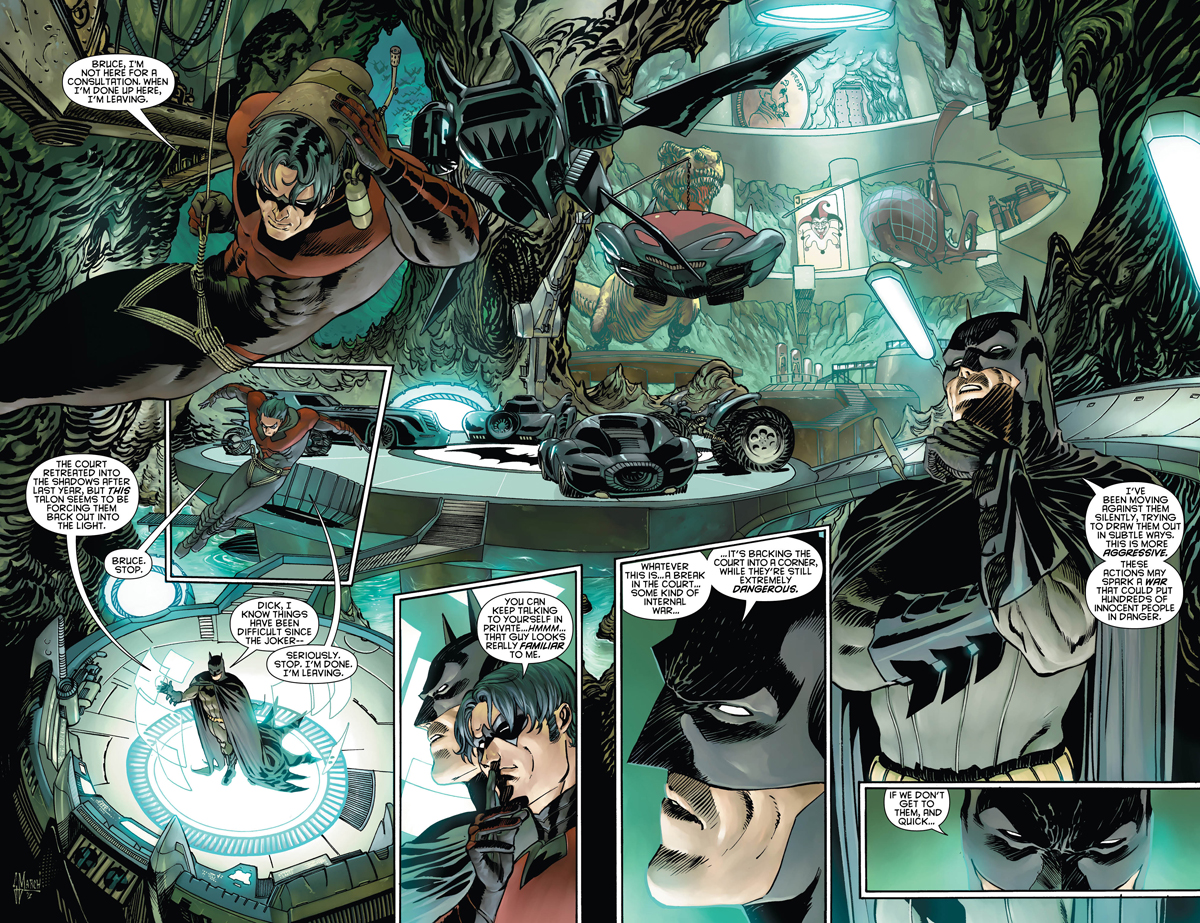 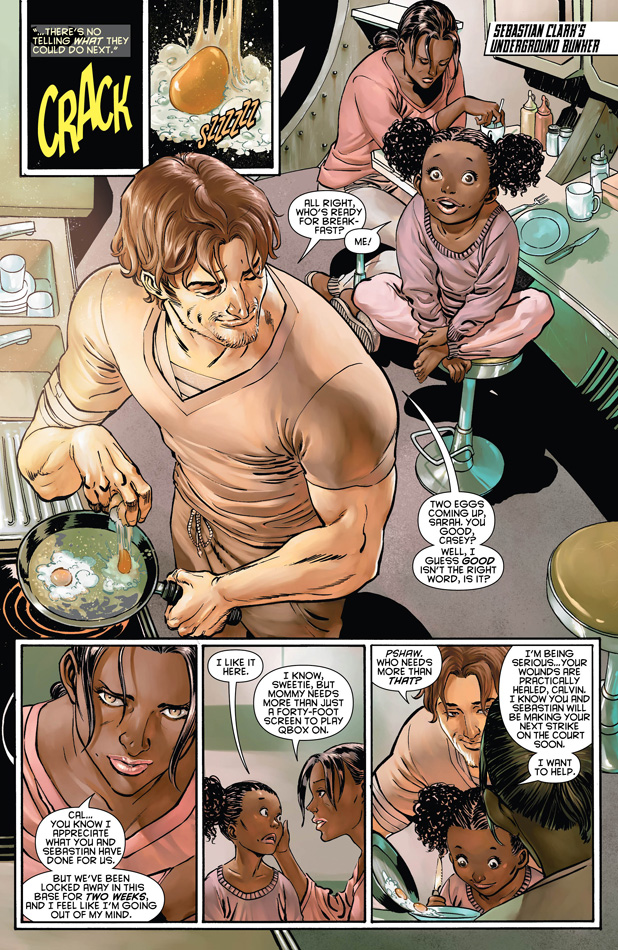 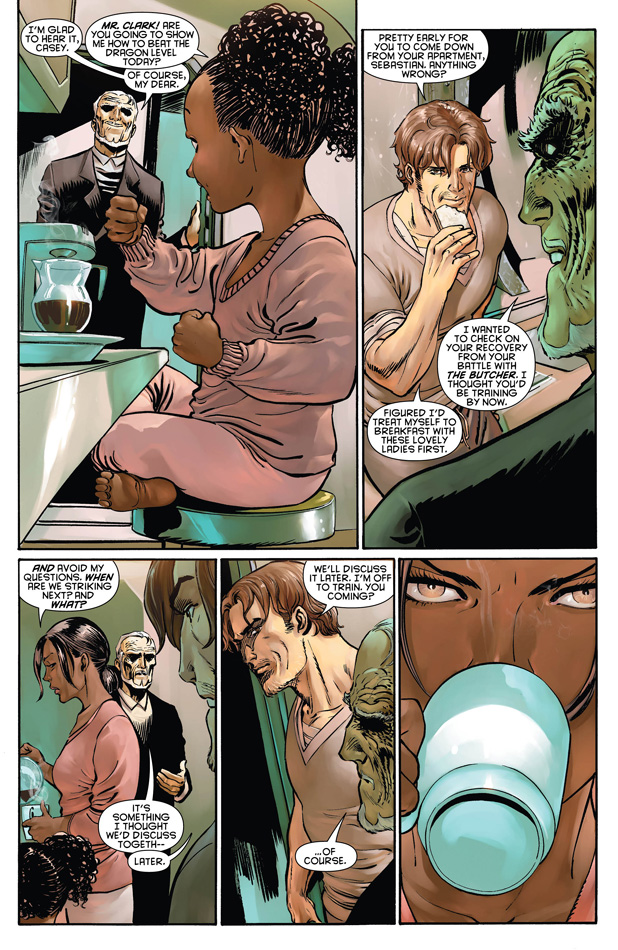