Why didn’t Batman kill the Joker? 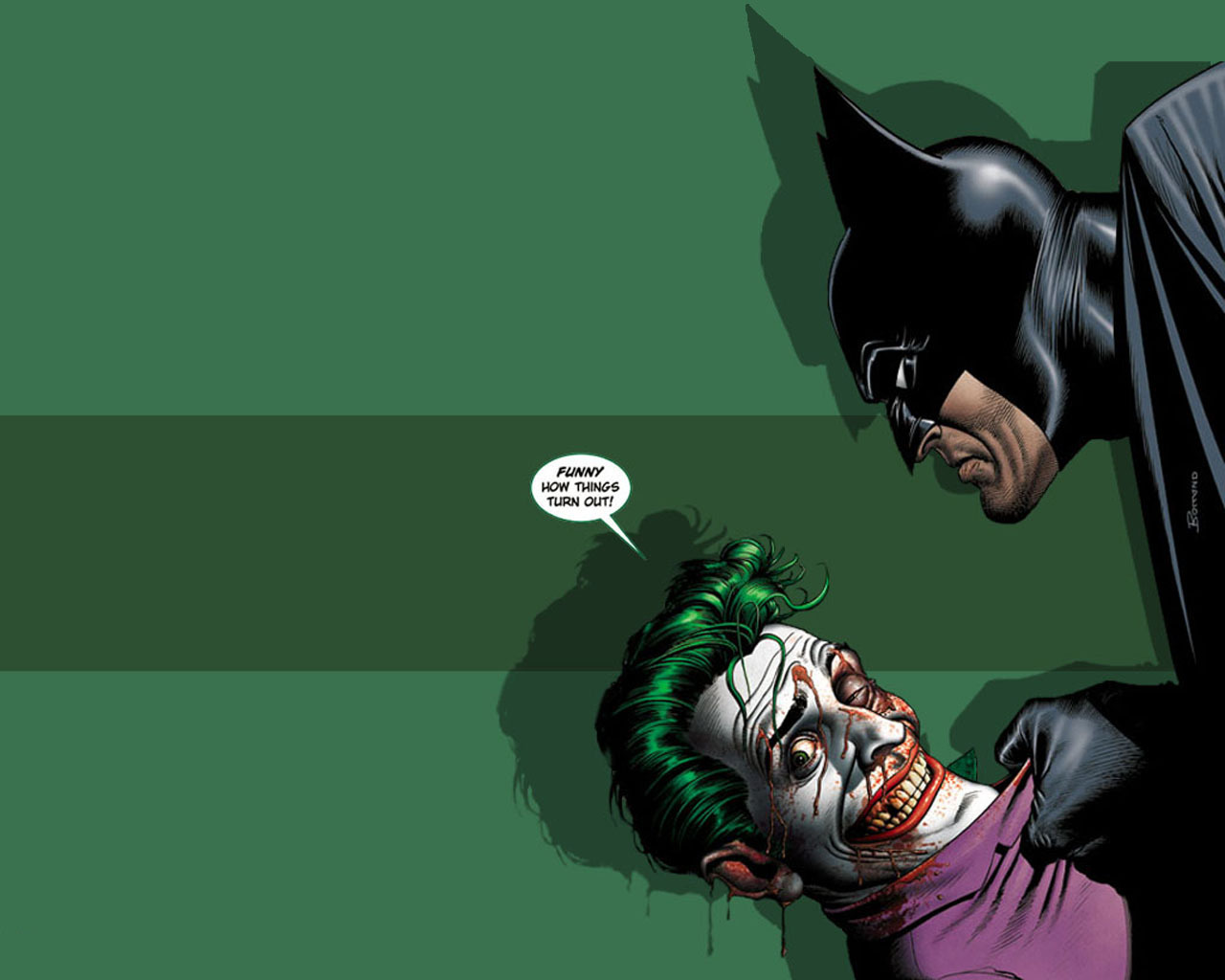 Many people are wondering why “Death of the Family” ended the way that it did.  I have been one to withhold my judgement until we see the end of the aftermath of this epic arc that Snyder has attempted.  If you were feeling a bit disappointed about the arc’s “ending” in Batman #17, I highly suggest that you check out this weeks Nightwing and Red Hood and the Outlaws.  Especially the later if you are wanting some form of major (**cough**SPOILERS**cough**) face altering change to a member of the Bat-family.  A lot of people are still asking, “What was Snyder thinking?”  Well, ask and you shall receive…..

As for why he doesn’t kill the Joker, I really do believe by Batman breaking his code, Joker would win. Even if Joker claims he himself wouldn’t, he would, as Joker would have made himself that special case he wants to be for Batman. That exceptional one.

And deep down, Batman would lose something essential in the killing – he’d be diminished. And I truly truly feel (and again, this is my take) that Gotham would punish Bruce for it, for failing that trial, and to punish him, it would bring the Joker back worse, and/or create someone new who would immediately come along to kill and maim and terrorize to a degree that would demand the same action by most logic. Gotham tests its heroes by trying to break them more than any other home in literature. That’s why Batman killing the Joker would be a failure, and he would be punished worse. That’s just my two cents though!

So: I think the closest my personal Batman would come is doing what he did at the falls in Batman #17 [and don’t read this if you don’t want SPOILERS!:)] : the idea is that Batman knows Joker cannot (likely) survive the drop. But – he can’t kill Joker without breaking his rule. Should he break his code, no matter what Joker says about winning and losing, Batman knows he himself would lose. Still… this time, he’s willing to see Joker die.

So… he plays Joker’s own joke on him – claiming to know who Joker is – to get Joker to “kill himself” by forcing Batman to drop him.

Of course, last moment, Batman impulsively regrets it (hence the “no”).

Anyway, that’s my thinking on Batman killing the Joker. He allows Joker to “die” here, even if he does it with a moment of regret that startles and disturbs himself. This way, he hasn’t technically broken his rule, but he has seen the Joker die. Joker dies by his own joke.

And so the title, “Death of the Family” is meant to refer to the death of Batman’s relationship to Joker and the rogues – whom joker claims are his true family – as well as to the Bat-allies, who break from Bruce because he didn’t trust them with enough in the story.

Tags:batmanComicsDeath of the Familydiscussionscottsnyder
share on: FacebookTwitter Tumblr
previous article
Judge Denied Adelphoi Ltd Use of ‘Batsman’ Name, Because Of Batman
next article
PREVIEWS: Talon #5 with Batman and Nightwing