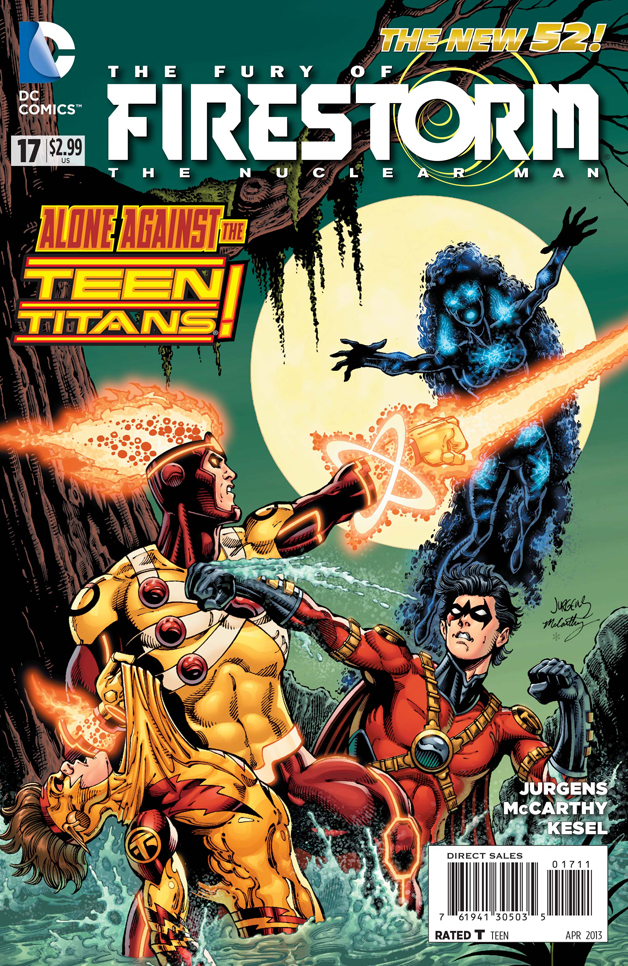 Coming off the end of last issue, Red Robin (Tim Drake) and the Teen Titans are watching Firestorm, and in this preview, the hunt begins for the 1 issue confrontation between Firestorm and the Teen Titans.  Will the Teen Titans figure out if Firestorm is a good guy or bad guy?  How much will N.O.W.H.E.R.E be involved?  Finally with Firestorm appearing to joining Justice League soon, this could be the start of something bigger in the DCnU.

• Are the Teen Titans here to help Firestorm—or will they use any means necessary to stop him from losing control of his powers? 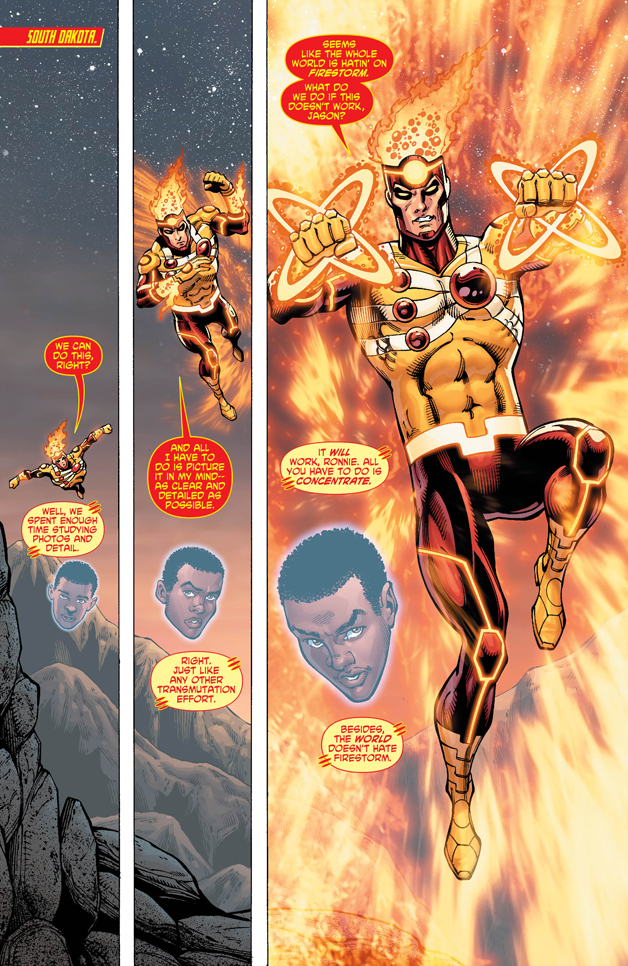 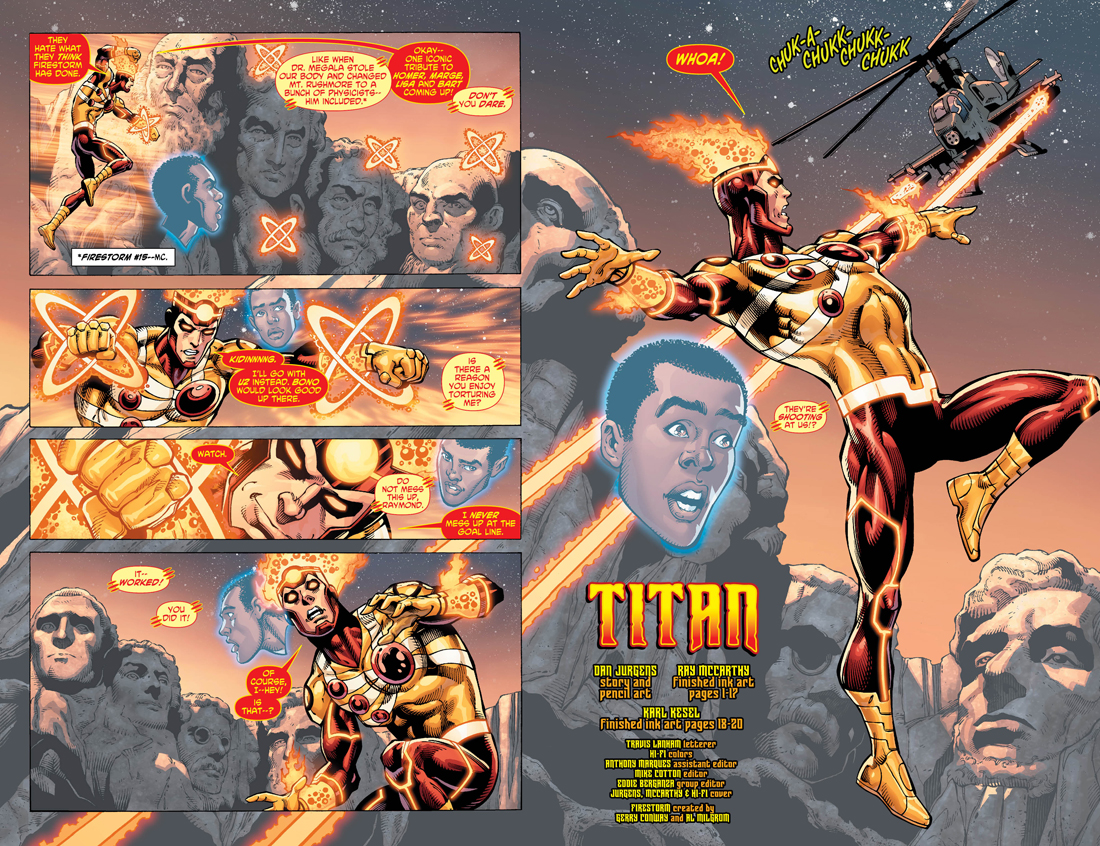 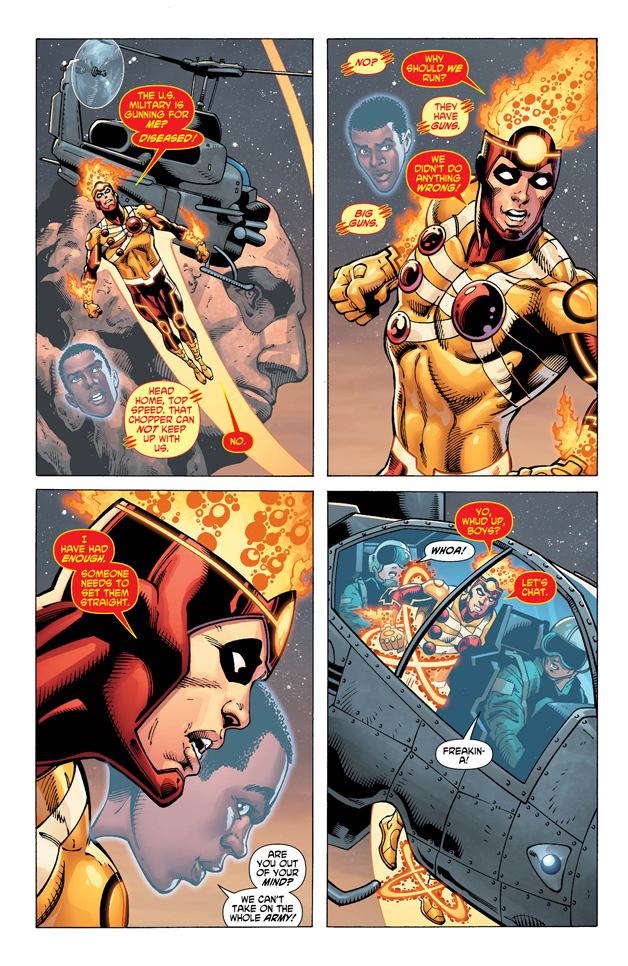 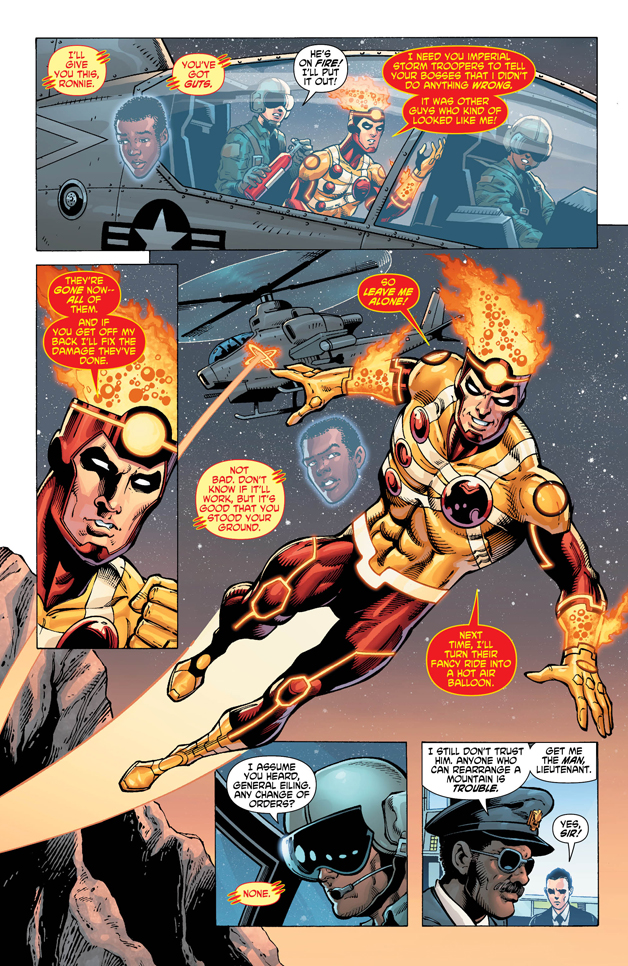 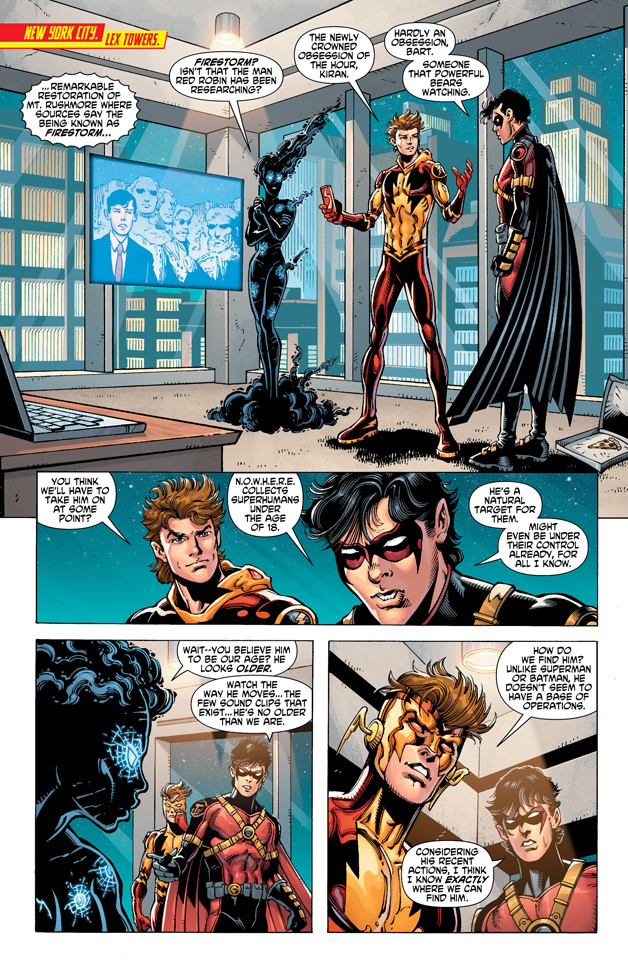