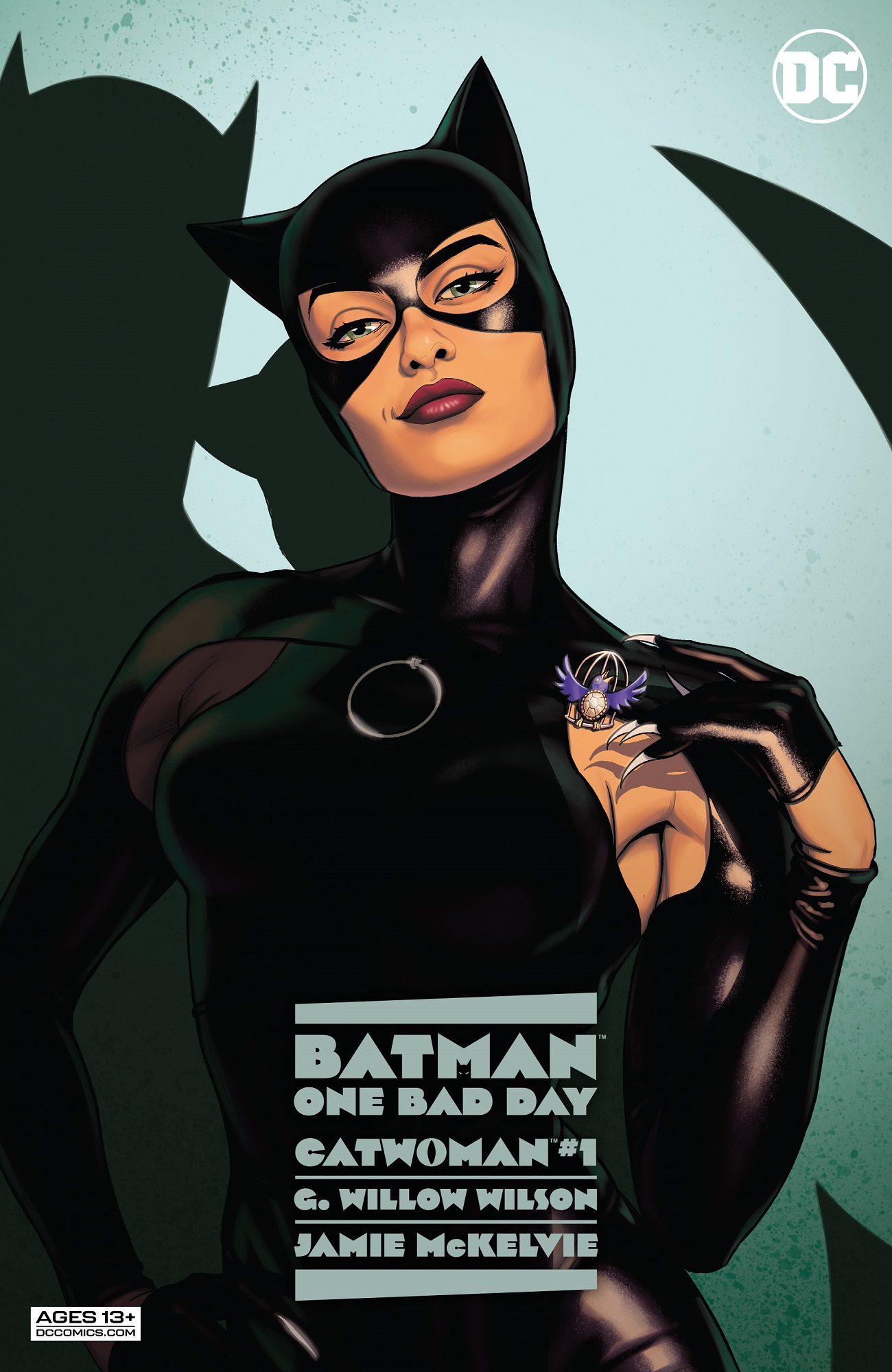 One Bad Day can change anything; who you are, who you were, and who you will be. In Batman: One Bad Day: Catwoman we see that something that happened a long time ago can be your motivation for years to come.

After some of the more recent stories in this series, I was hoping that this one would be a little different. Luckily, my wish was granted. This story focuses on the here and now for Selina, and the bad day she had many years ago is very briefly shown. As I’m writing this review and processing the tale I’ve just read, it occurs to me that Catwoman, much like Batman, had a bad day in her youth, and decided not to let it destroy her life. She carries what happened with her and uses it as a driving force.

We’re treated to a wonderful step-by-step look back at Selina’s attempt to steal a brooch from an auction house, a piece of jewelry that has ties to her past that I won’t reveal. The real storytelling gem here’s how the story’s framed, as we so rarely get to see Selina in full cat burglar mode these days. Seeing her pulling off a solo heist that would give Ocean’s 11 a run for their money was a real treat.

I really enjoyed the writing in this book, how Selina acted, her dialogue, and her interaction with Batman, all of these felt super genuine to the character. I love a book that I can read from start to finish without questioning any of the dialogue choices. The art was almost perfect too, Catwoman looked beautiful and powerful, and Batman on the other hand looked a little too young and thin for my preferences, but maybe that’s just because I’m fat and pushing 32. I would’ve liked him to be a little bit more intimidating, but other than that and young Selina’s fivehead, I loved it.

There is a lot to learn from this book, it goes to show that being a thief is wrong, but sometimes doing the wrong thing for the right reason can change one’s perspective. I was a bit surprised when I saw Catwoman on the list of “Villains” in the One Bad Day series, particularly as she’s spent the last decade as an anti-hero/full-on hero. This issue was proof not to judge things by their appearance, as there’s a lot more to this kitty cat than what meets the eye.

Batman: One Bad Day: Catwoman is easy on the eyes, is written perfectly, and is a most enjoyable read. If you’re a fan of Catwoman or #BatCat this is definitely one for you.