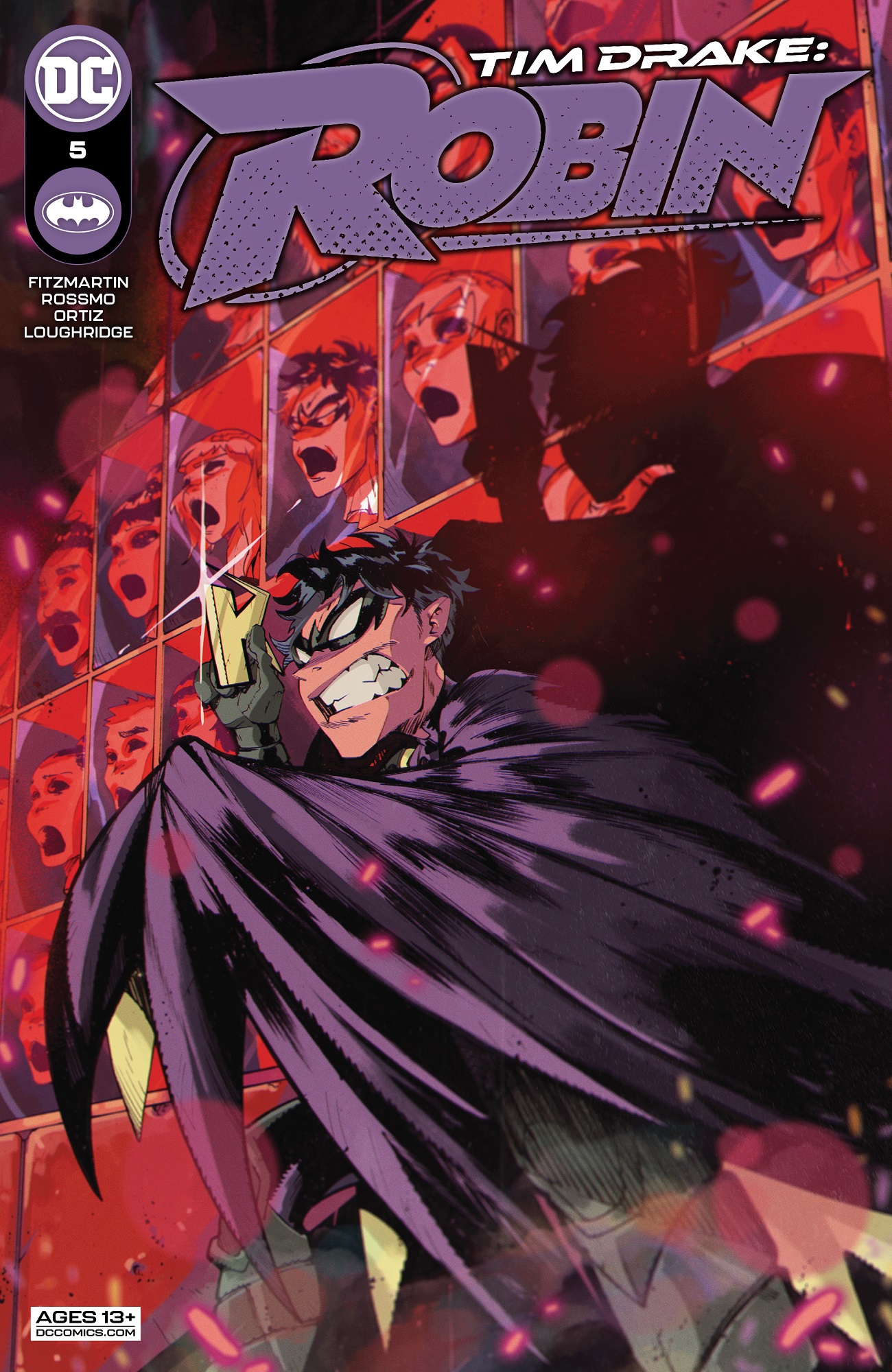 Tim Drake: Robin #5 finds our hero at his most desperate. As soon as Tim moved into his new home on a boat moored in Gotham’s Marina back in the first issue, a new mystery began to unfold around him involving several murders. Throw in the appearance of corporeal apparitions and he’s been slowly drawn into an inevitable rendezvous with a mysterious villain.

In the previous issue, the villain was revealed as he finally made contact with Robin and played a hand that couldn’t be ignored – kidnapping Tim’s boyfriend, Bernard.

In the current chapter, Tim drafts Nightwing and Batwoman to help. Having teamed up with the Batgirls in the previous issue, it feels like he’s moved up a tier in his request for assistance. It’s not just a reflection of how desperate he is in the face of the threat to Bernard, but also a sign of how he’s lost confidence in his own abilities. In dialogue with Dick Grayson, he berates himself for not being up to the job, including his decision to move to the marina and date a “civvy”. He even says that he tried and failed to make himself a new costume.

I did experience a little lack of clarity in the storytelling which peppered the previous issue. Firstly, there’s a little confusion about who the new villain is, as he initially takes the guise of someone he knows – someone that we have been given reason to suspect. Then Tim accuses him of actually being someone else he knows, though I had to check back to the previous issue to confirm the name. That accusation is left hanging without any reaction from the villain before he then sets the monster constructs onto Robin.

Secondly, the action sequence ignites welcomely but all throughout we have description boxes conveying the villain’s monologue explaining his plan, mixed in with description boxes of Tim’s thoughts as he tries to work out how what the monsters are made of and how to defeat them. This then also spills into speech bubbles as he thinks out loud. It’s not that it’s hard to distinguish between them, it’s just not easy to follow the thread of what either character is saying whilst taking in the narrative of what’s going on.

That being said, the protracted action sequence has energy thanks to illustrator Ricardo Lopez Ortiz, who fills in for this part of the issue. He brings an angular Manga-influenced style, which is different from Riley Rossmo’s flowing linework. There are some nice uses of the marina setting in the art, such as a great panel by Rossmo of Robin running with whisps of mist coming off the water, that are twisted into the form of ghouls. The coloring by Lee Loughridge is nice too, with the marina in ocean greens against a red sky.

I can see what writer Megahn Fitzpatrick’s trying to do here, keeping up the deductive and unfolding mystery elements that are the personality of the comic even during the action sequences. There are some nice ideas, including Robin’s ingenious way of getting a different form of acid. It’s also interesting to pit a superhero who’s currently short on confidence against a villain who says that he’s chosen Robin because he sees him as a perfect match for his own nefarious intellect. There’s something brilliantly ironic about a villain providing encouragement.

At one point in Tim Drake: Robin #5 he says:

All I’ve got is a mountain of self-doubt and enough imposter syndrome to fill the bay.

He’s reached the lowest point on his journey to consolidate his personality, both as a young man and as Robin. His complaint that he can’t make his attempt at a new costume fit has metaphorical weight. Although I have quibbles about the storytelling on occasion, the character arc and narrative arc have tied in nicely and the issue teases an intriguing proper showdown between hero and villain. I’m looking forward to seeing Tim feeling comfortable in that promised new costume.