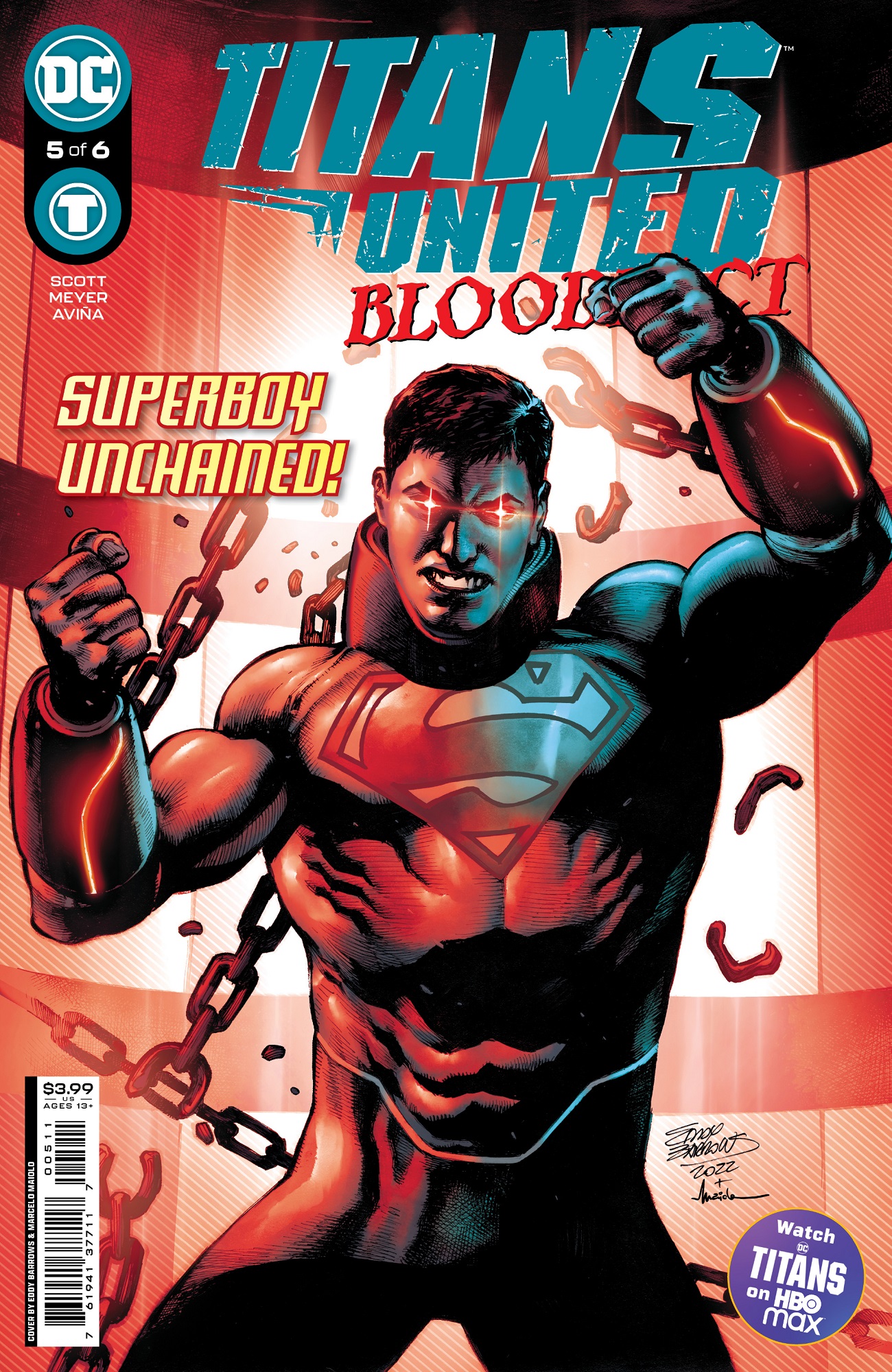 Titans United: Bloodpact #5 is an all-out battle to try and save Raven and all of reality. The Titans are divided, the villains are in control, and things are not looking good for our heroes.

Only A Titan Can Defeat A Titan

I’m really enjoying this series as the dynamic between the characters is fantastic. We have some characters who know this is a warped reality and others who only know this reality but realize they need to fight for what’s right. Finally, we have the characters who have been warped and are still being controlled by the forces of evil in this reality. All of those different elements really make for an interesting read.

Now Superboy’s also been added to the fray. The boy of steel in this reality was raised by the balder of his two daddies: Lex Luthor, so he’s different. The good news is that you can’t take the S out of Superboy! He’s a highlight of this issue.

Our heroes have sieged Raven and Brother Blood’s temple and are now in an all-out battle against them. It’s awesome to see Beast Boy with a darker edge, fighting as a ruthless Tiger, or even in this case a giant Cthulhu-style creature. I love Gar, but this version feels a lot more like Beast Man, it’s just a shame that he’s fighting for the bad guys. Another character who’s a treat to read in this issue is Donna Troy, her rage towards the controllers and the fiendish villains who have been ruling this world has so much fire. Definitely keep your eye on her!

There’s something about this story that we’ve seen a few times already, and that’s that you can’t trust what you think you know. People being good, people being evil, and, most importantly, people not being what they appear. Brother Blood, Mother Mayhem, Blood Controlled Raven, Raven Controlled Beast Boy, Mayhem controlled [SPOILER], [SPOILER] dressed like [SPOILER] to name but a few. I’ve said too much!

I can’t praise the art and writing in this book enough, and I’m really excited to see what project this creative team works on next. Titans United: Bloodpact #5 is an action-packed, wild ride that will tease your brain and tantalize your eyes! I’m so excited about the final issue!