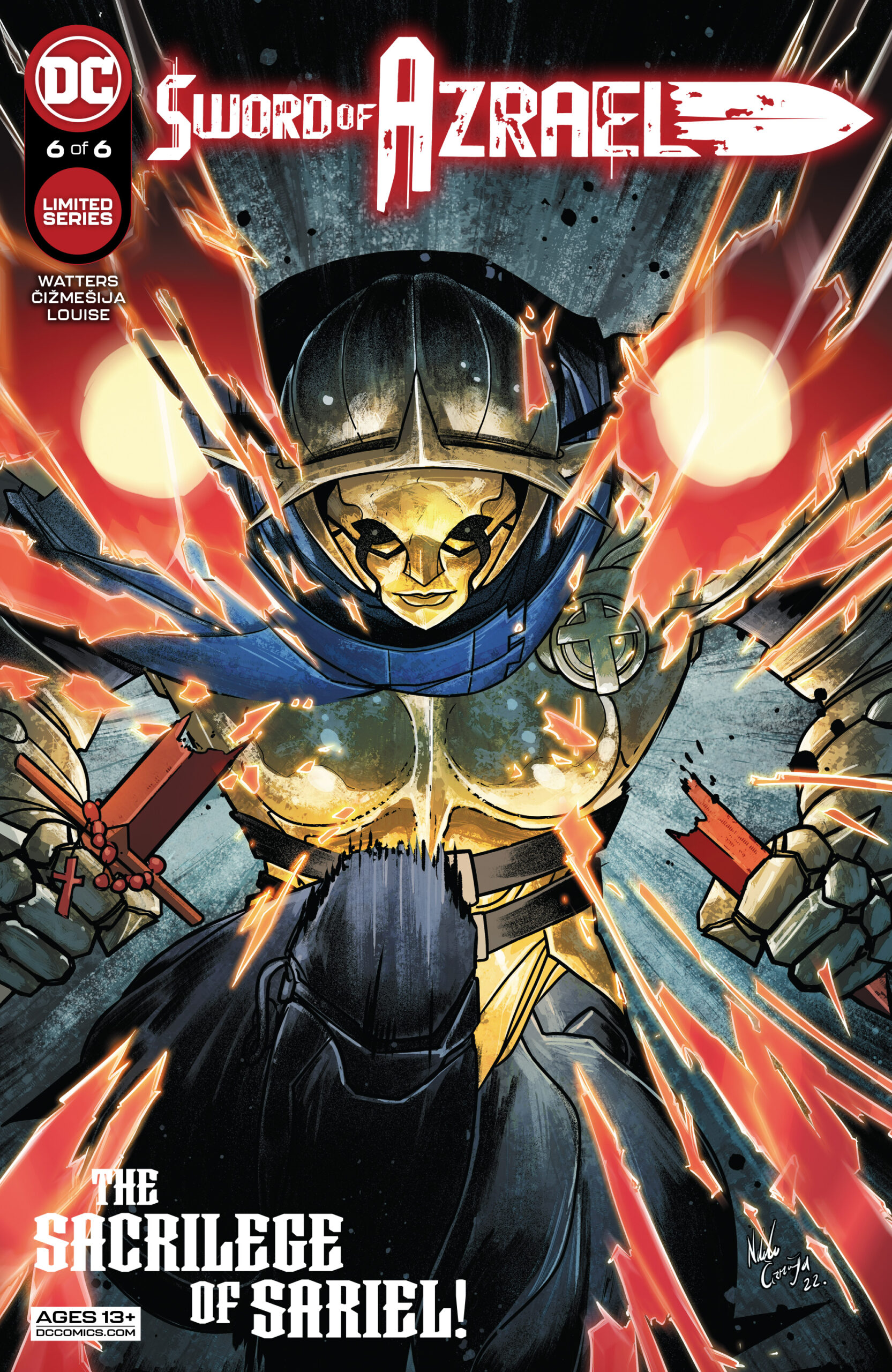 It’s Jean-Paul Valley vs. Sariel in a fight to the finish, in this month’s action-packed series finale, Sword Of Azrael #6.

This story has been a blast, from start to finish. Dan Watters, Nikola Čižmešija, Marissa Louise, and Hassan Otsmane-Elhaou have crafted a tale that doesn’t just entertain, but also provides a subject for discussion and real food for thought. I’ve waxed lyrical about the series’ theological themes in every review I’ve written, but I must also re-iterate just how much action, adventure, and gorgeous art can be found within these pages. 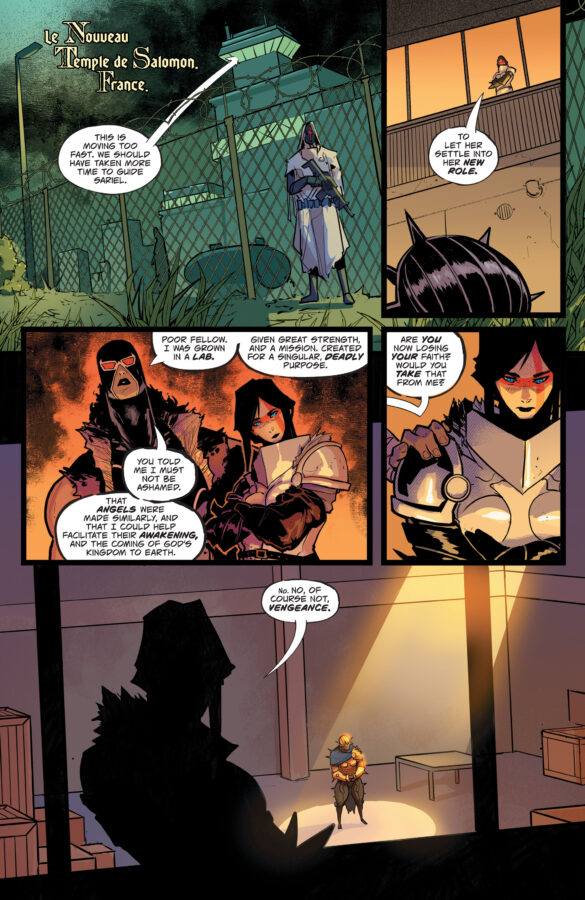 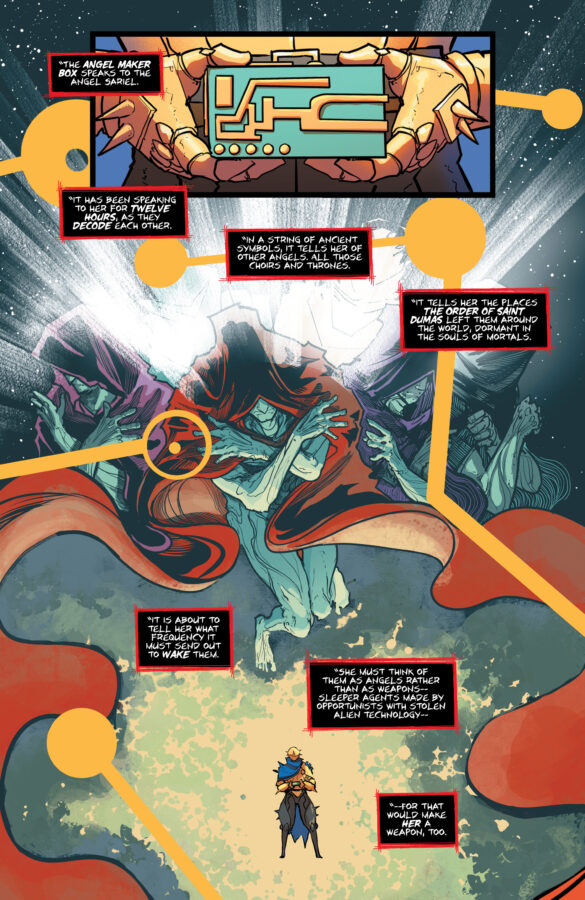 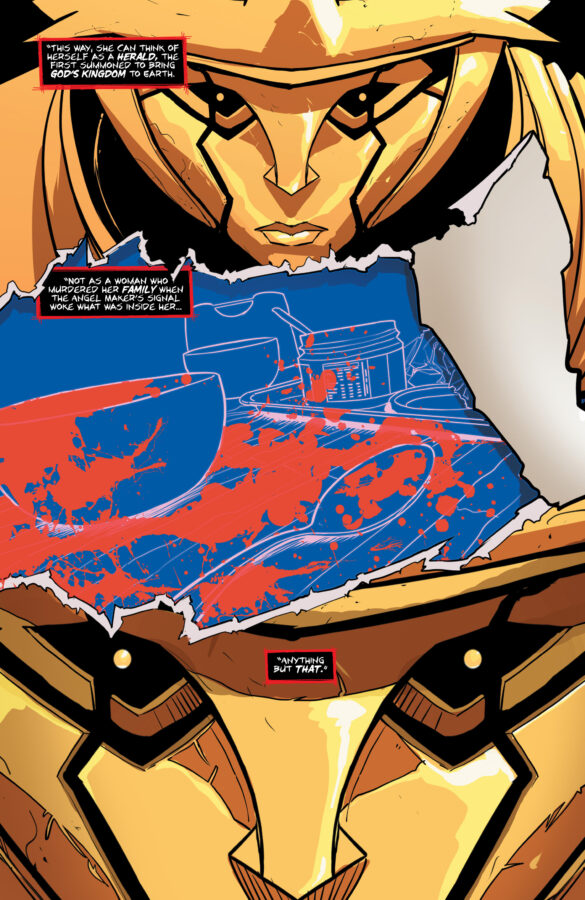 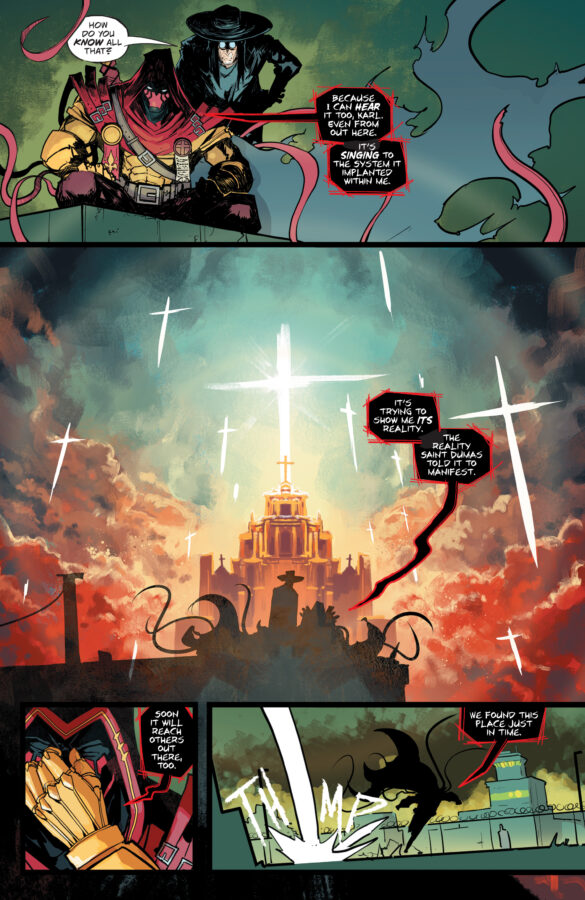 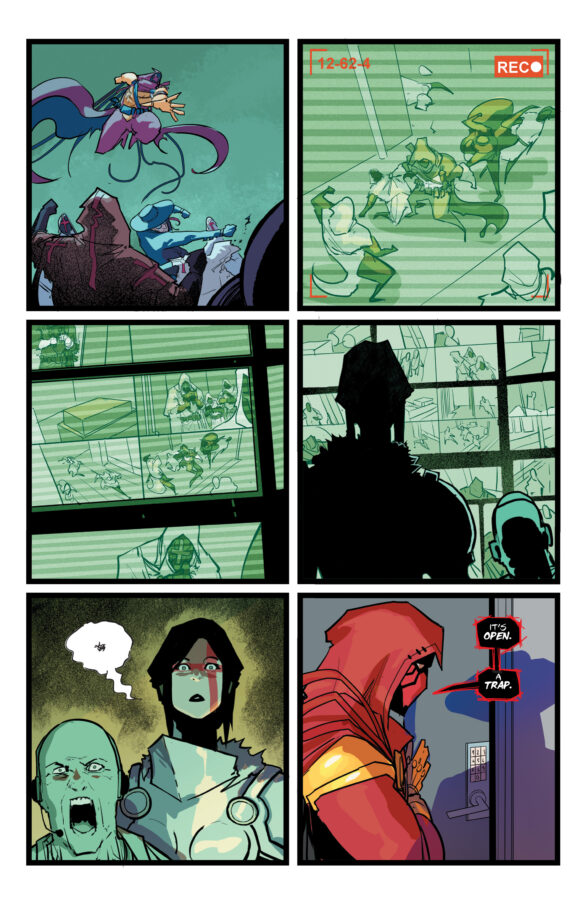 No, this isn’t a title I’d hand to a child, but anyone over the age of 14 will get a kick out of it, particularly if they’re after something with a bit more meat on its bones than the standard superhero fare most people pick up.

Comics frequently tell stories about the endless battle between good and evil, heroes vs villains, and light vs darkness, Sword of Azrael, however, has shown better than most other comics, that sometimes those who see themselves as heroes are anything but. This finale also beautifully illustrates that heroes can grow and change, and that redemption is the greatest reward. 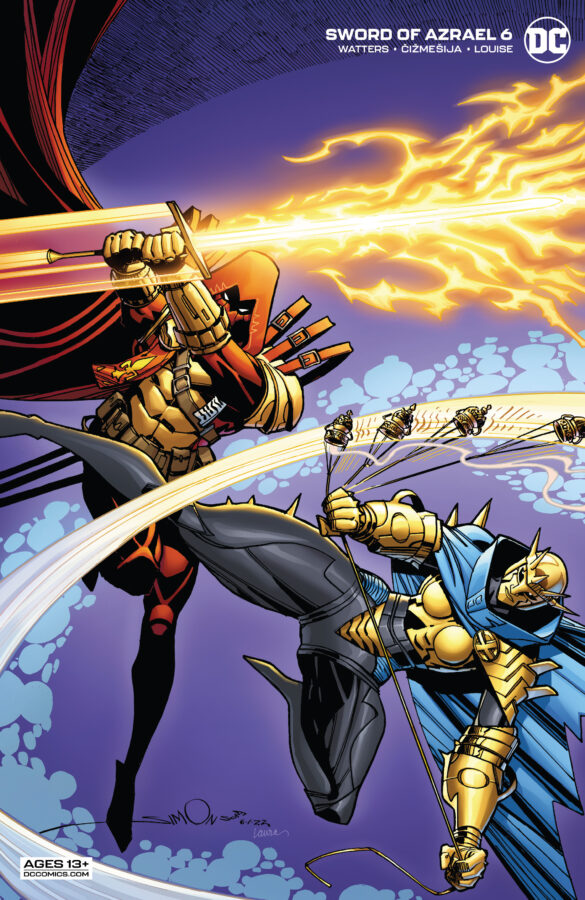 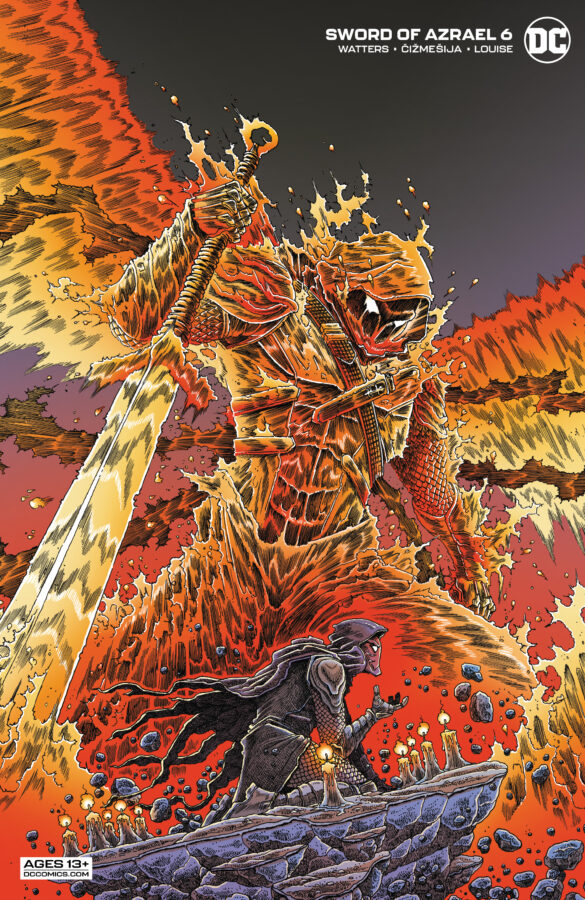 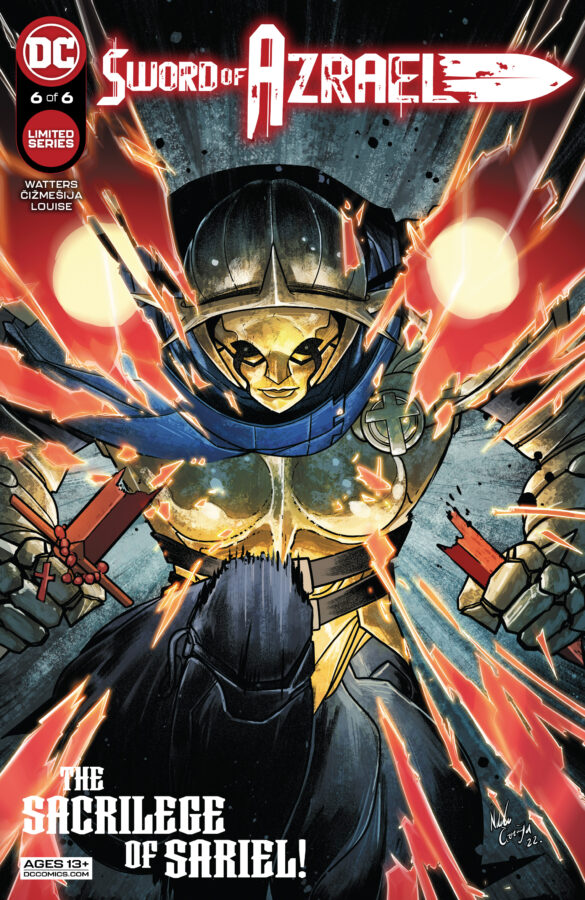 It’s no secret that I’ve been an Azrael fan for decades, but these seven issues (the six-issue mini-series and the preceding one-shot) have made me actually care about Jean-Paul Valley and respect what he’s trying to do with his life. The character development in this series has been nothing short of astonishing, not just for the titular character, but also for many of his supporting cast, even the “villains”. If you haven’t been reading Sword Of Azrael, I humbly recommend ordering the collected edition.

Sword Of Azrael #6 ties the neatest, blood-red ribbon to one of the best limited-series of the last couple of years. Yes, this is superhero fiction, but it’s also a character-driven tale about hope and redemption. I honestly hope that Dan Watters and his collaborators get another shot at these characters because I would pick up Azrael and the Avenging Angels every month if they got their own book.

Let’s hope that one day they do.