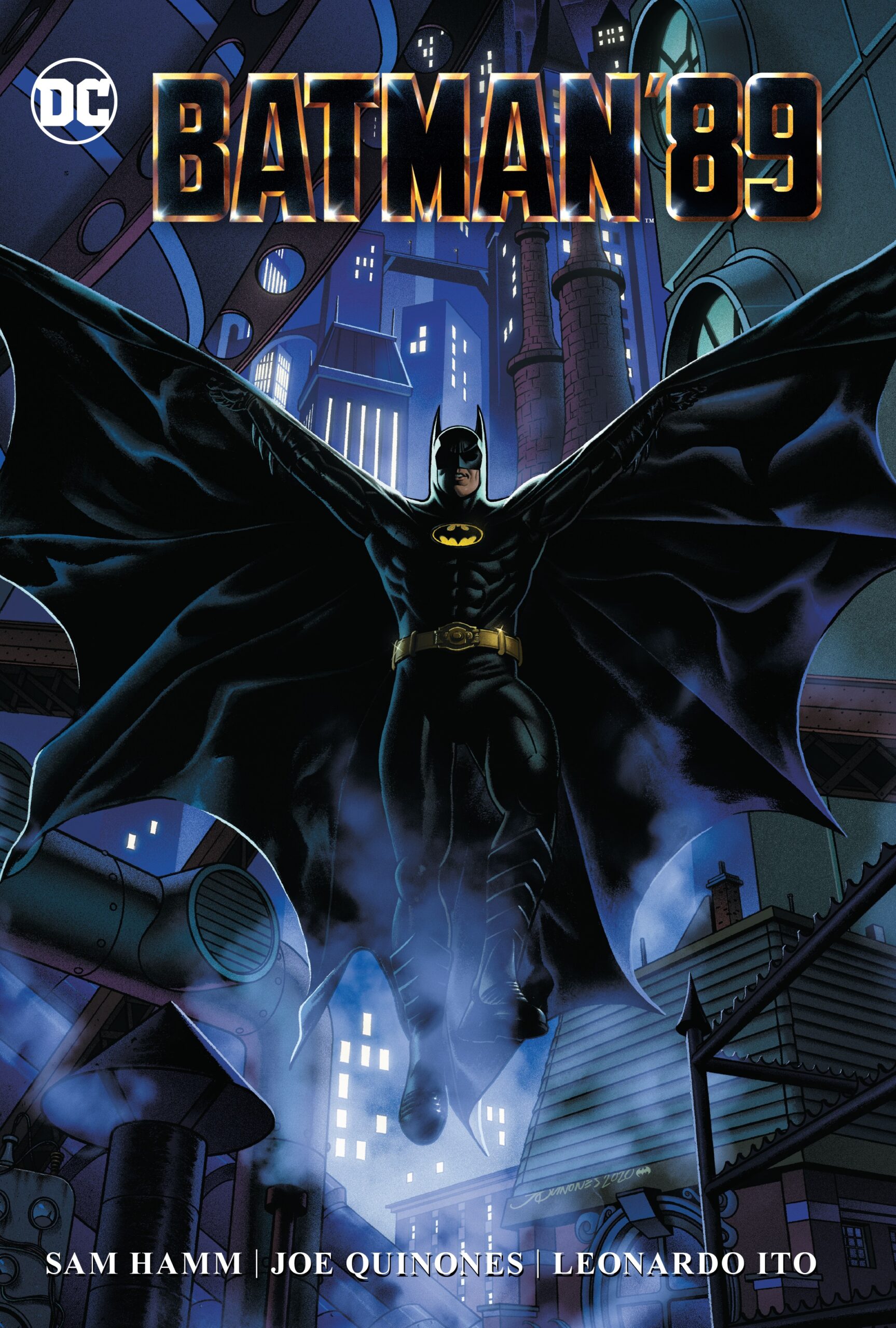 The Batman ’89 collected edition is a joyous book. Within these covers, readers will find the complete12 chapters of the original digital comics series, which equate to all six issues of the printed version. 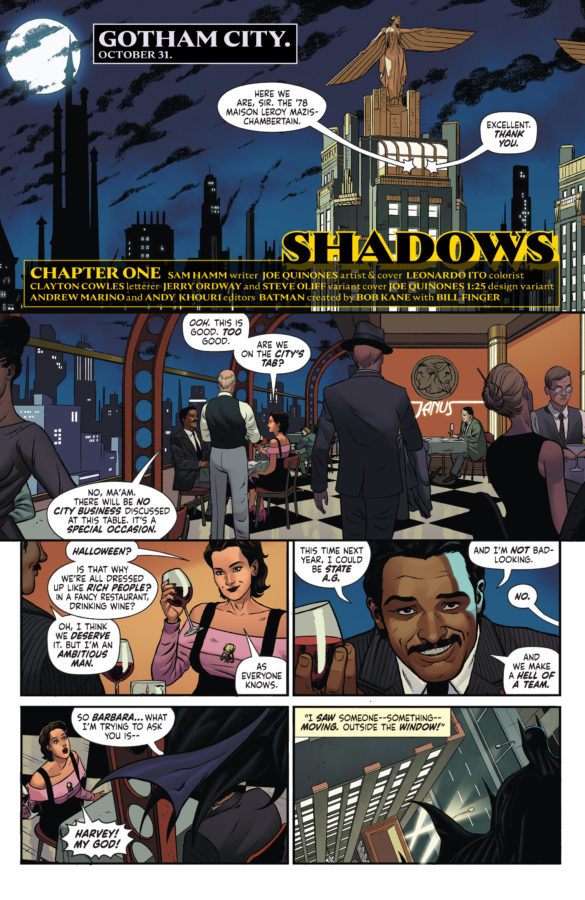 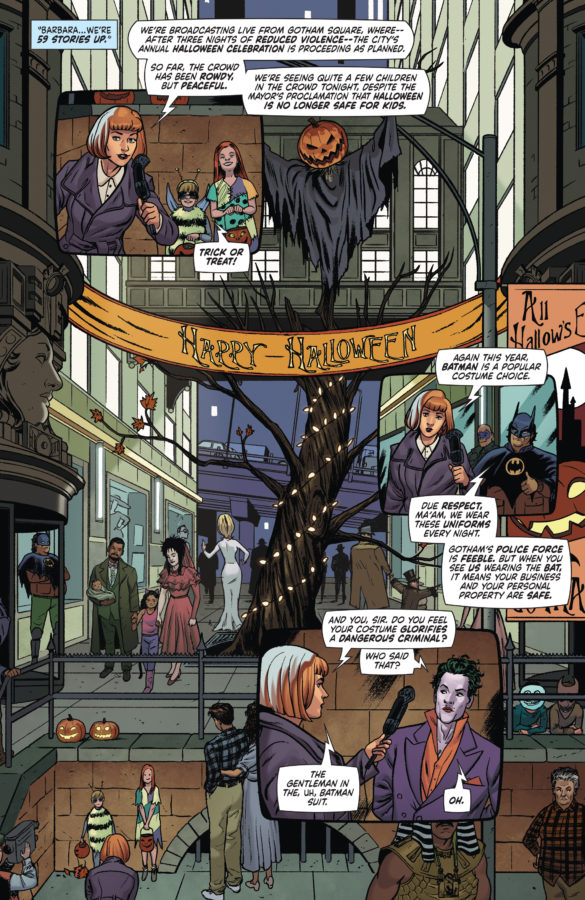 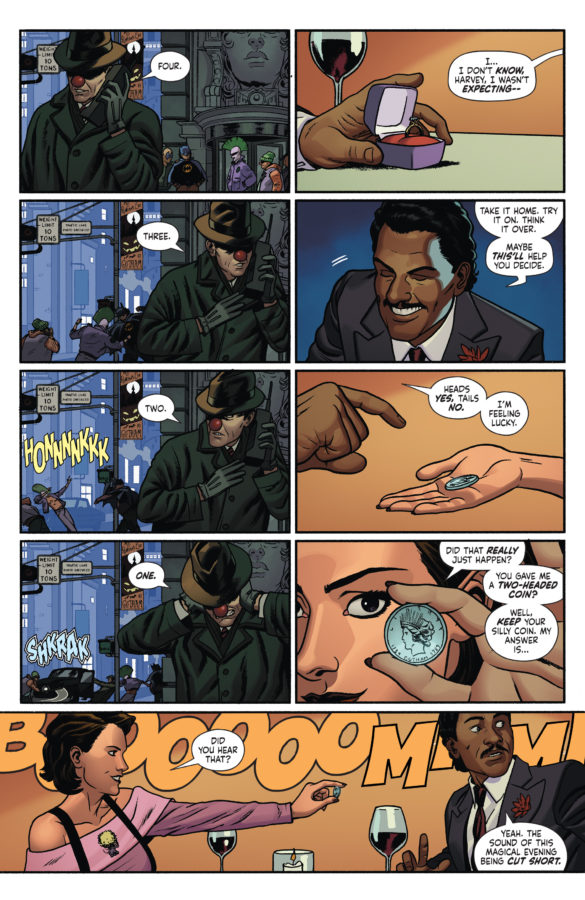 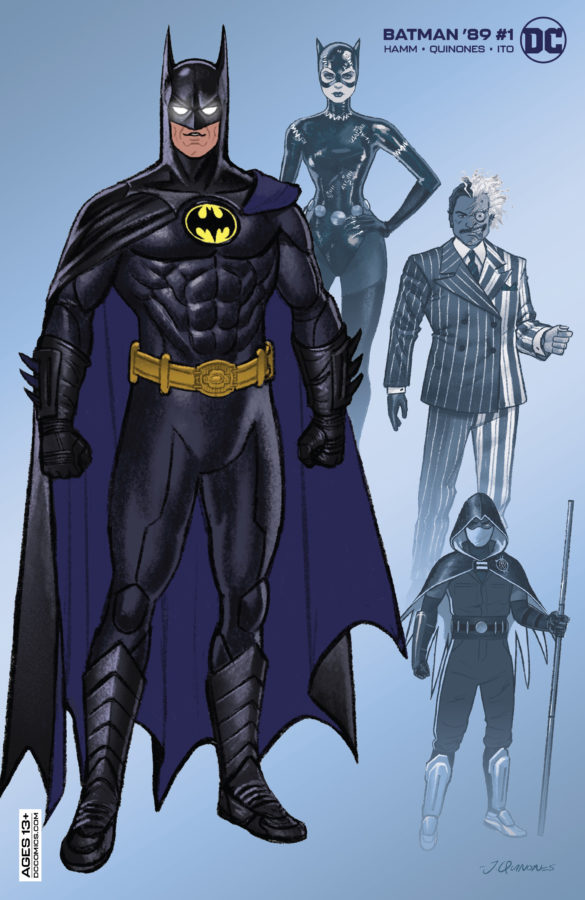 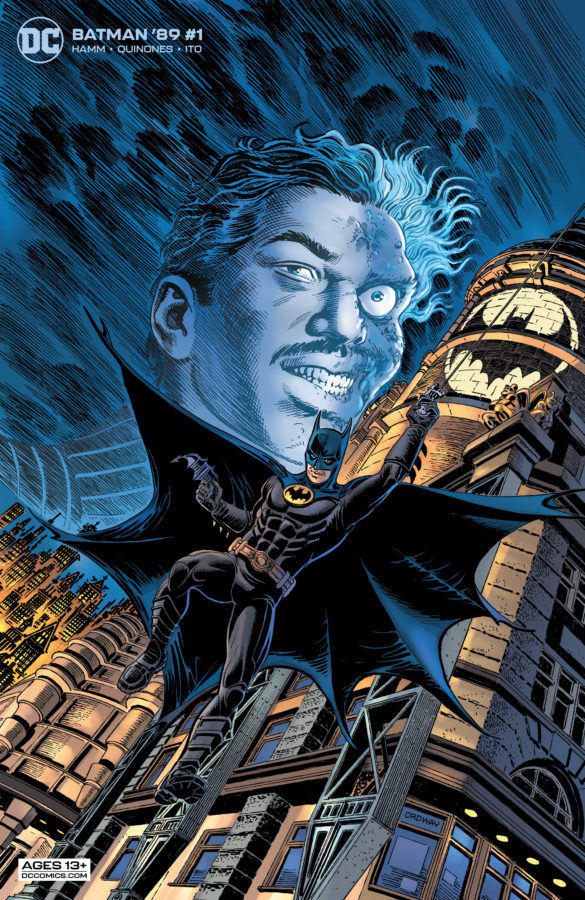 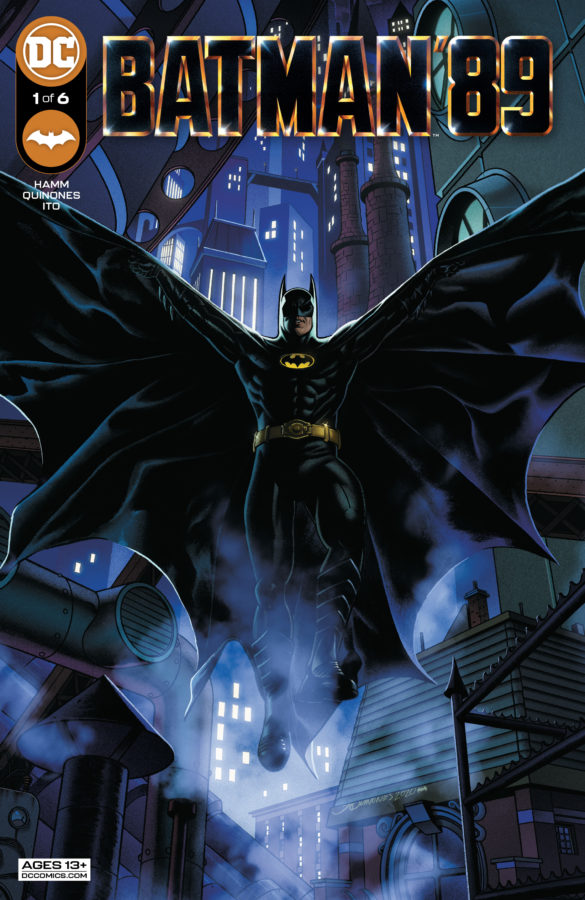 Continuing the adventures of the Dark Knight from Tim Burton’s classic movie Batman, Batman ’89 pulls on a number of threads left dangling by the film.

In 1989 moviegoers were amazed at the new vision of the Dark Knight brought to the screen by filmmaker Tim Burton and starring Michael Keaton as Batman/Bruce Wayne, and Jack Nicholson as The Joker. Now, in the tradition of DC’s very successful Batman ’66 series, Batman ’89 is set in a truly gothic Gotham City and features colorful villains including Catwoman and Two-Face. 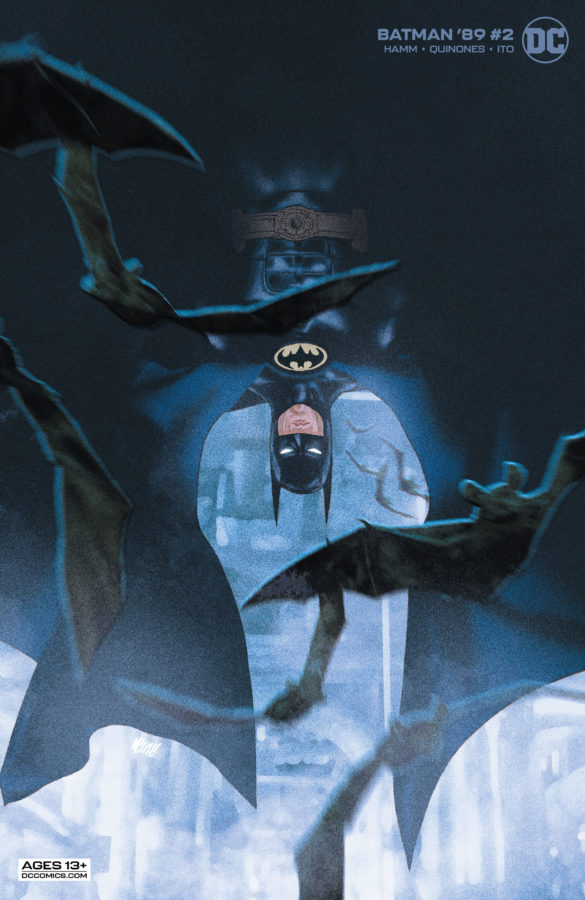 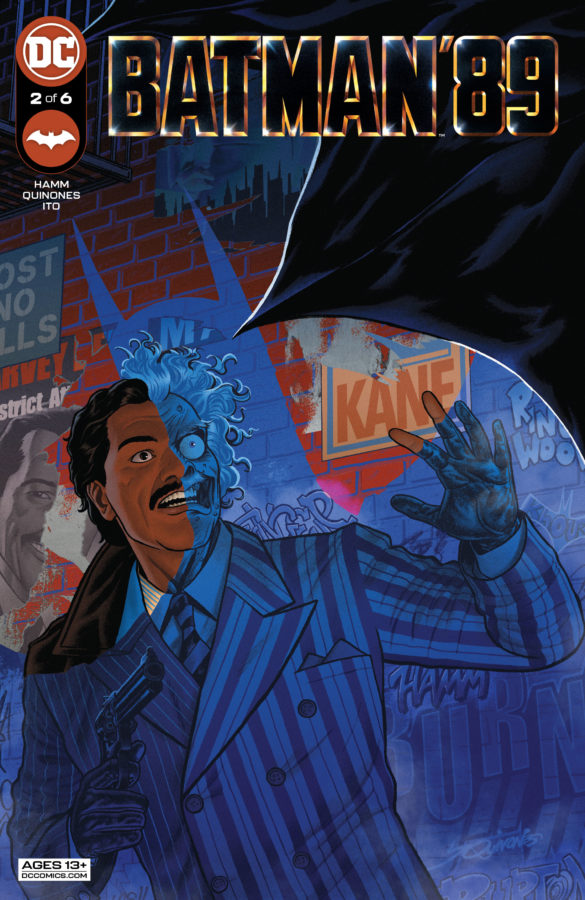 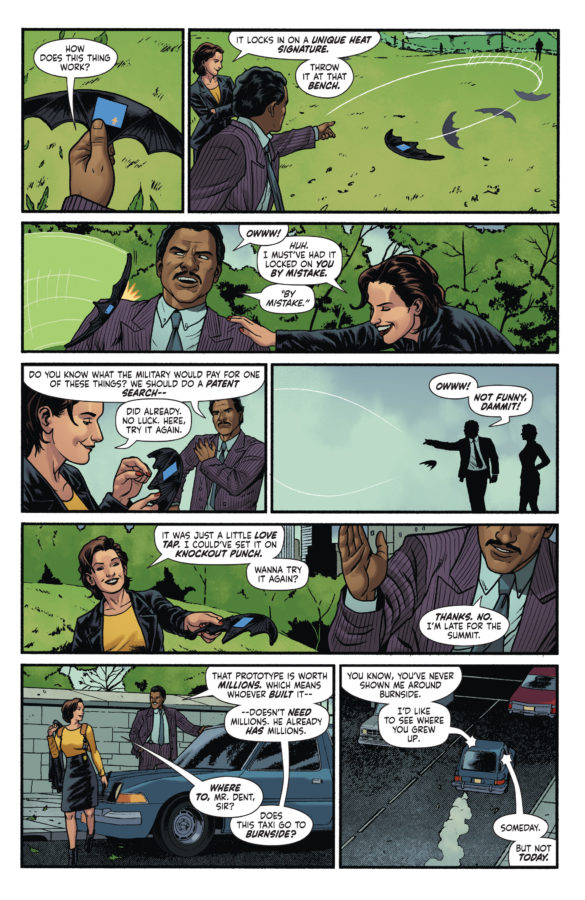 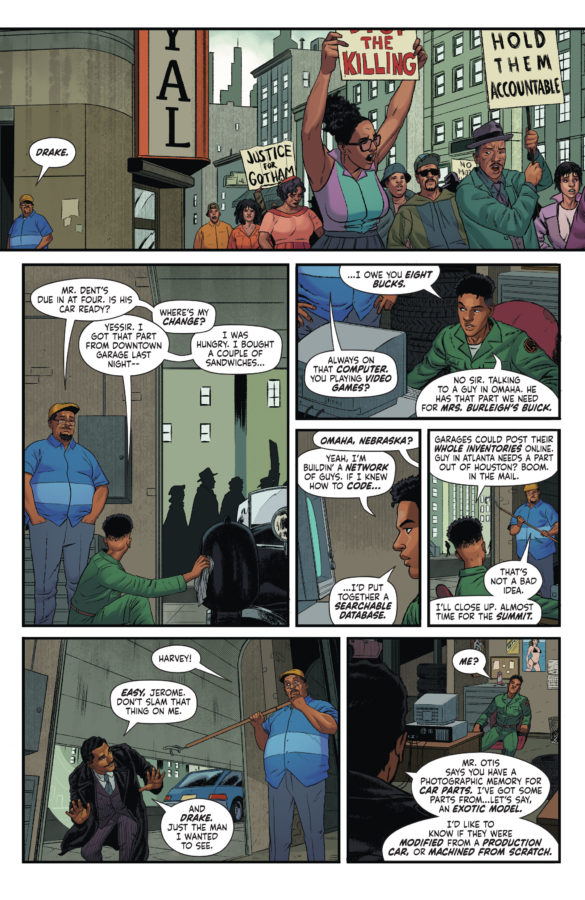 Just like its wonderful companion volume, Superman ’78, the Batman ’89 collected edition isn’t just a celebration of a movie, but also of its entire cast, its effect on popular culture, and the entire era it was made in. The Superman book was a love letter to Richard Donner and even featured a cameo appearance by the Goonies. This book brings back Batman Returns‘ Catwoman, as played by the wonderful Michelle Pfeiffer, and even pays tribute to Prince, the musical genius behind the now legendary soundtrack to the original 1989 film.

How great is that?!?

We also get to see Billy Dee Williams as Two-Face and even find out what a Burtonverse Harvey Bullock would’ve looked like. The character in the story bears an uncanny likeness to a well-known actor of the time (who I also believe would’ve been great in the role). I’m not spoiling who, because you need to get this book, see for yourselves, and make up your own minds. 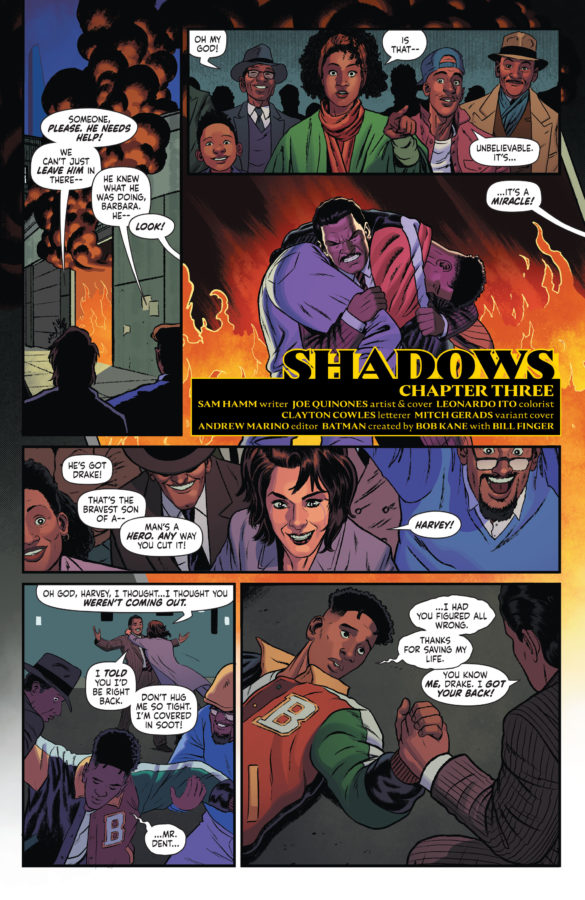 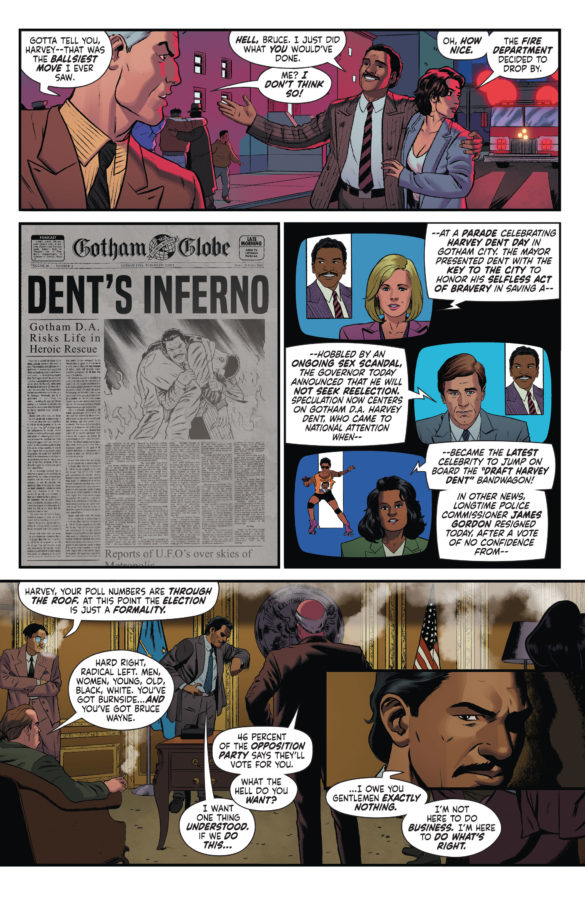 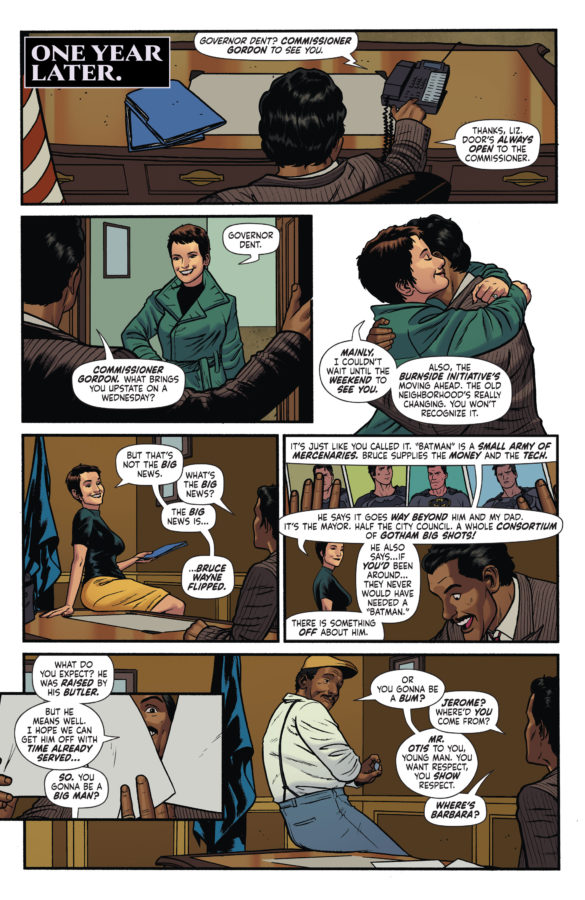 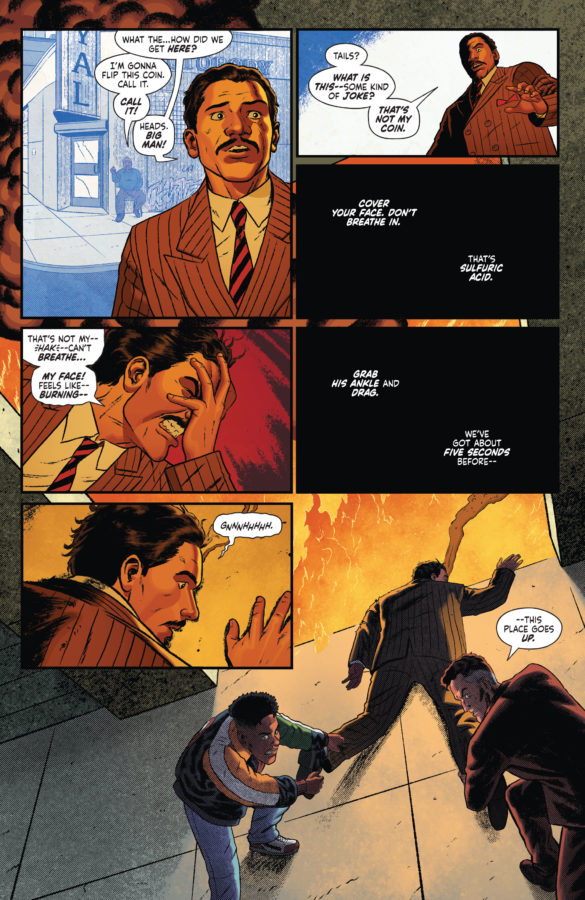 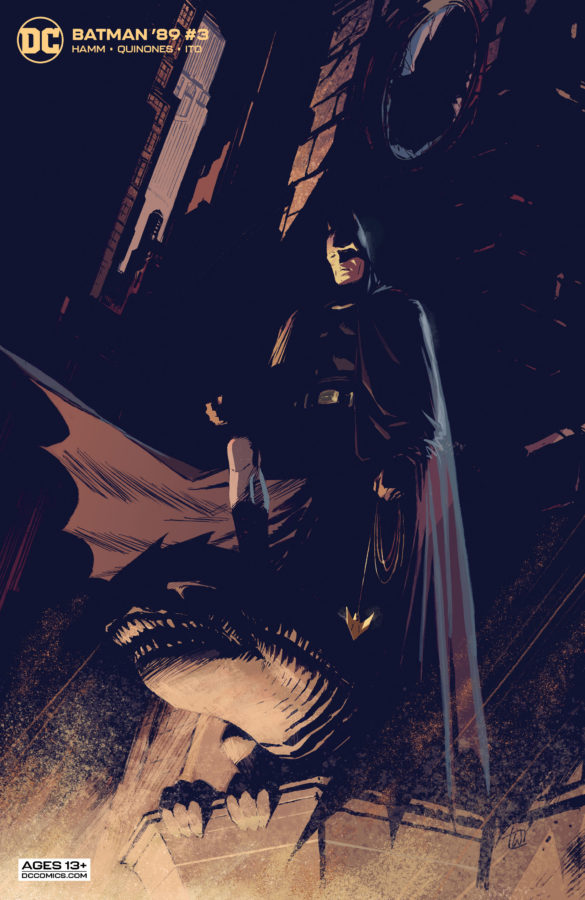 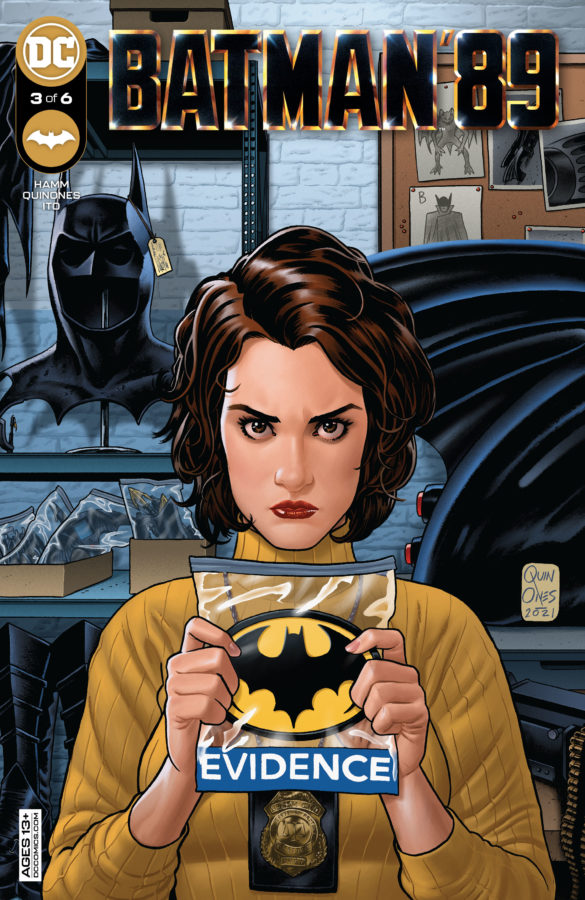 The other part of this story that made headlines was the inclusion of a brand new, never before seen Robin, Drake Winston, visually based on the actor who was originally touted to play him, Marlon Wayans. The best part of this portion of the story is that the character’s great, and truly deserves his time in the sun. His look is both completely original, yet totally Robin at the same time. His costume is a completely fresh take on the Teen-Wonder and a tribute to both Tim Drake and Stephanie Brown.

Sam Hamm has really done something great with this story. As the screenwriter for both Tim Burton films, not only was he the logical choice of writer for this tale, but I also doubt anyone else would even have come close to matching what he’s given us. Hamm was there, back when the films were being made, and he had to see some of his great ideas left on the cutting room floor, or never even used at all. Not only is he a terrific writer, he’s also clearly a fan. 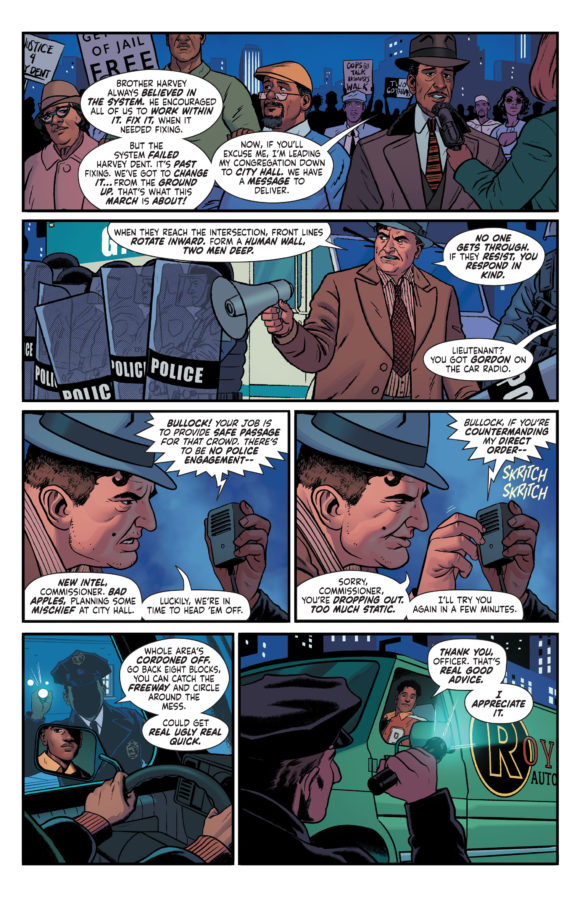 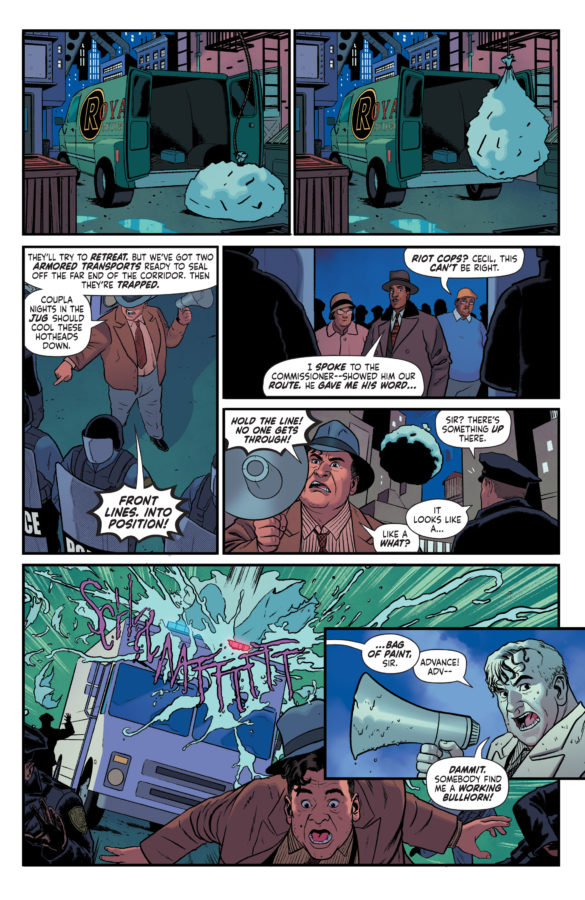 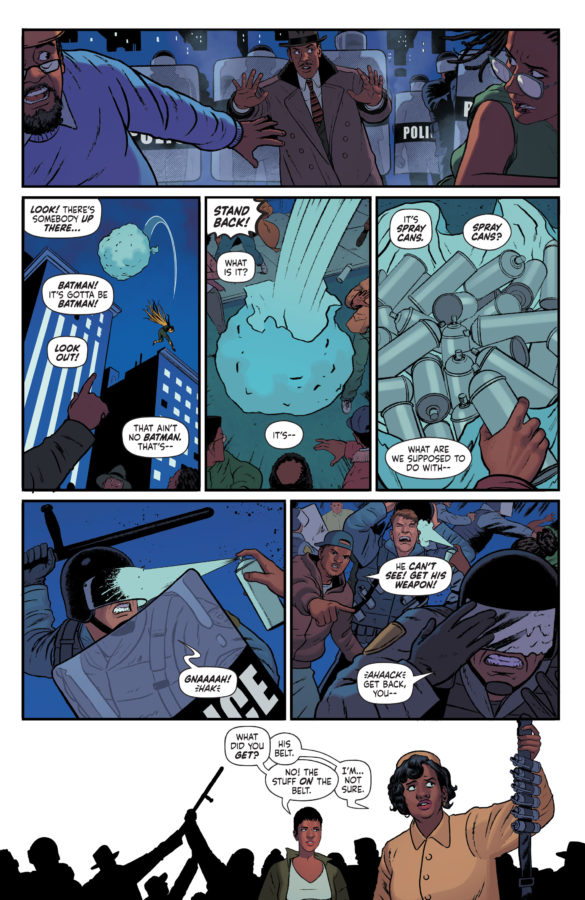 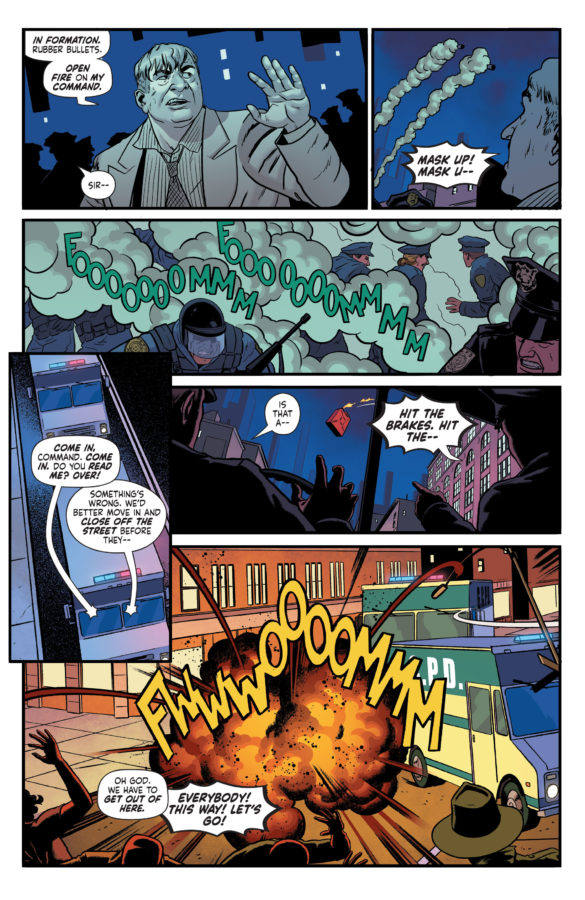 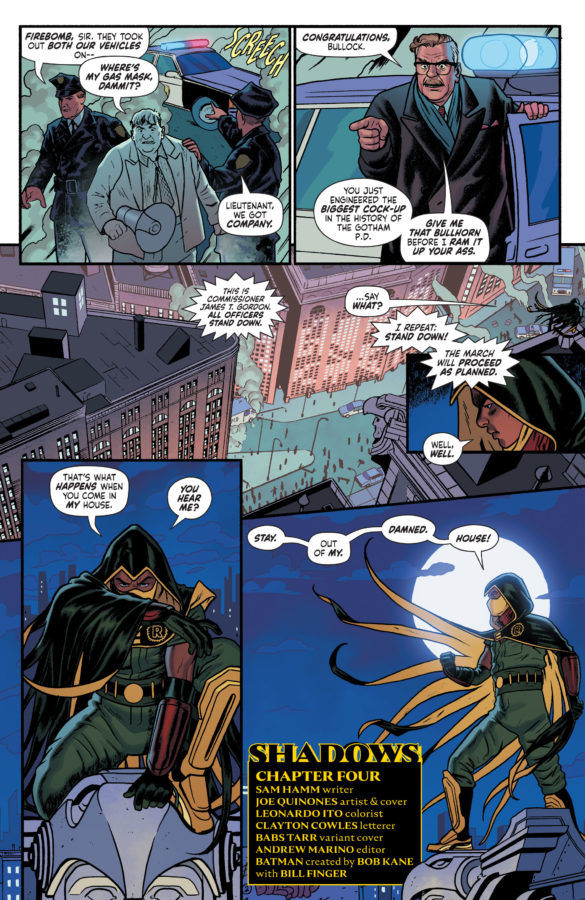 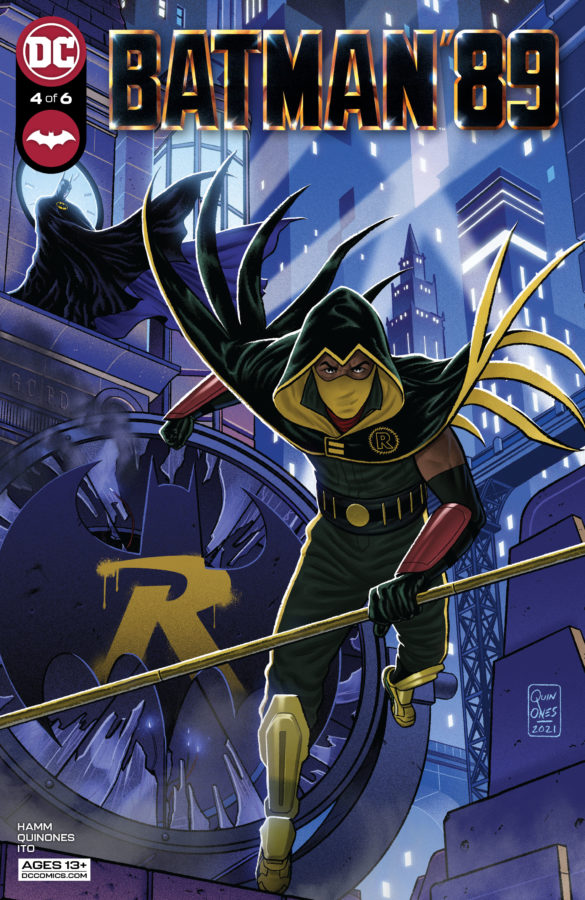 Hamm also has a history. The writer made his comics debut in 1989, the same year the original Tim Burton Batman was released. The story in question is “Blind Justice”, a saga that spanned Detective Comics #598, #599, and #600. This tale not only gave fans a temporary Batman, while Bruce was incapacitated for a time, but also introduced Henri Ducard. This character was one of Bruce Wayne’s mentors and the man who trained the Dark Knight in the art of manhunting. Ducard was portrayed (sort of) by Liam Neeson in Christopher Nolan’s Batman Begins and The Dark Knight Rises.

As you can clearly see from the images attached to this review, the visuals in this book are as great as the writing. Joe Quinones and Leonardo Ito have given readers a Gotham City populated by heroes, villains, and a supporting cast that look exactly like the actors that played (or should have played) them, and a city that’s as much a giant, gothic asylum, as it is a nocturnal neon nightmare. 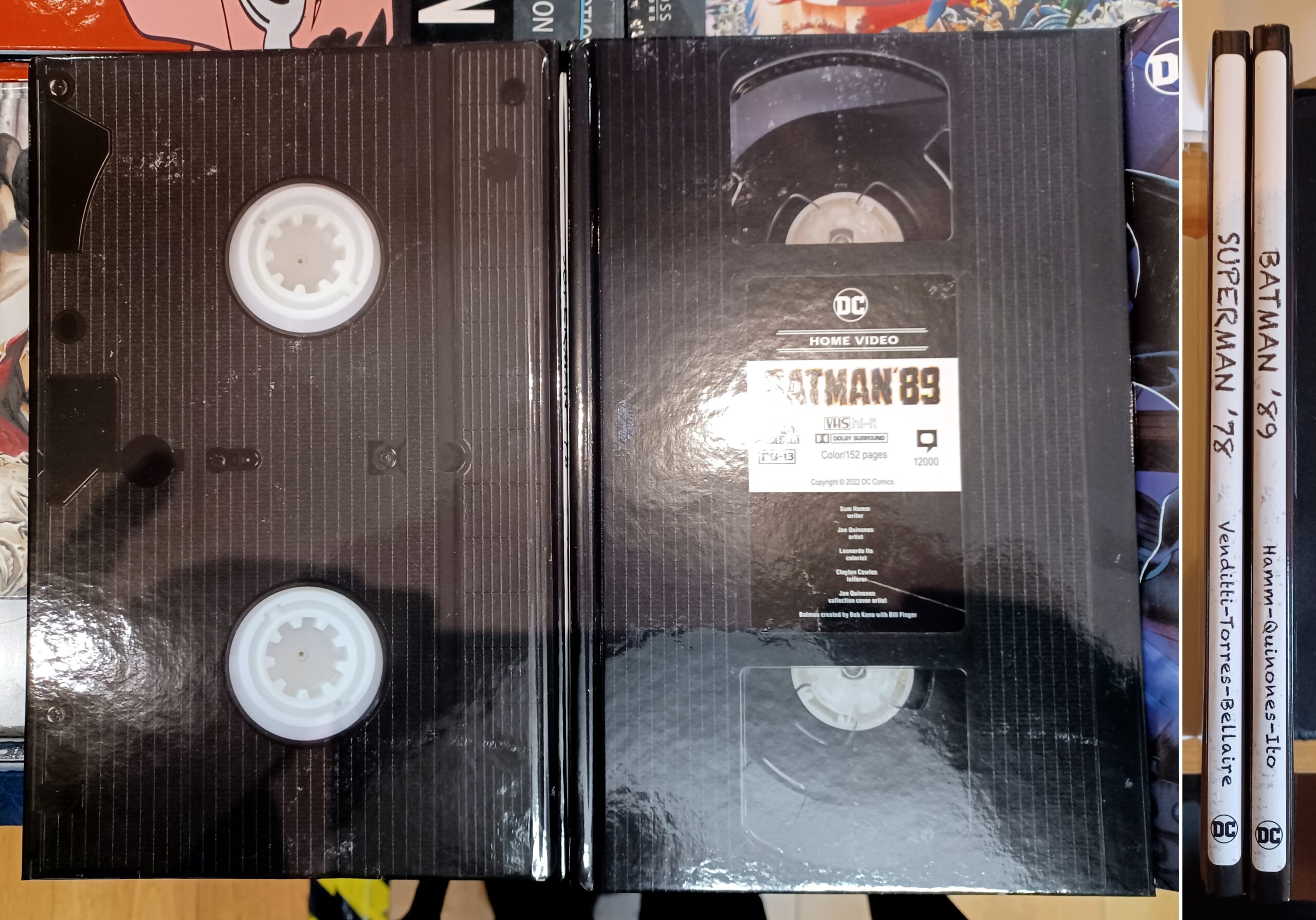 Clayton Cowles letters every line of dialogue, every caption, and every sound effect perfectly. Everything is placed where it doesn’t obliterate the gorgeous art, and helps the storytelling flow, guiding the readers’ eyes to where they need to go. Magic.

The Batman ’89 collected edition is a must-buy for every Tim Burtin aficionado, Batman fan, and for anyone who would love to see what could have been. This is the universe as it may have unfolded, had Tim Burton remained at the helm of the Batman movie franchise. Thanks to this lovely book, we need no longer wonder, just read along and enjoy. This collection tells a story that’s close to perfect.