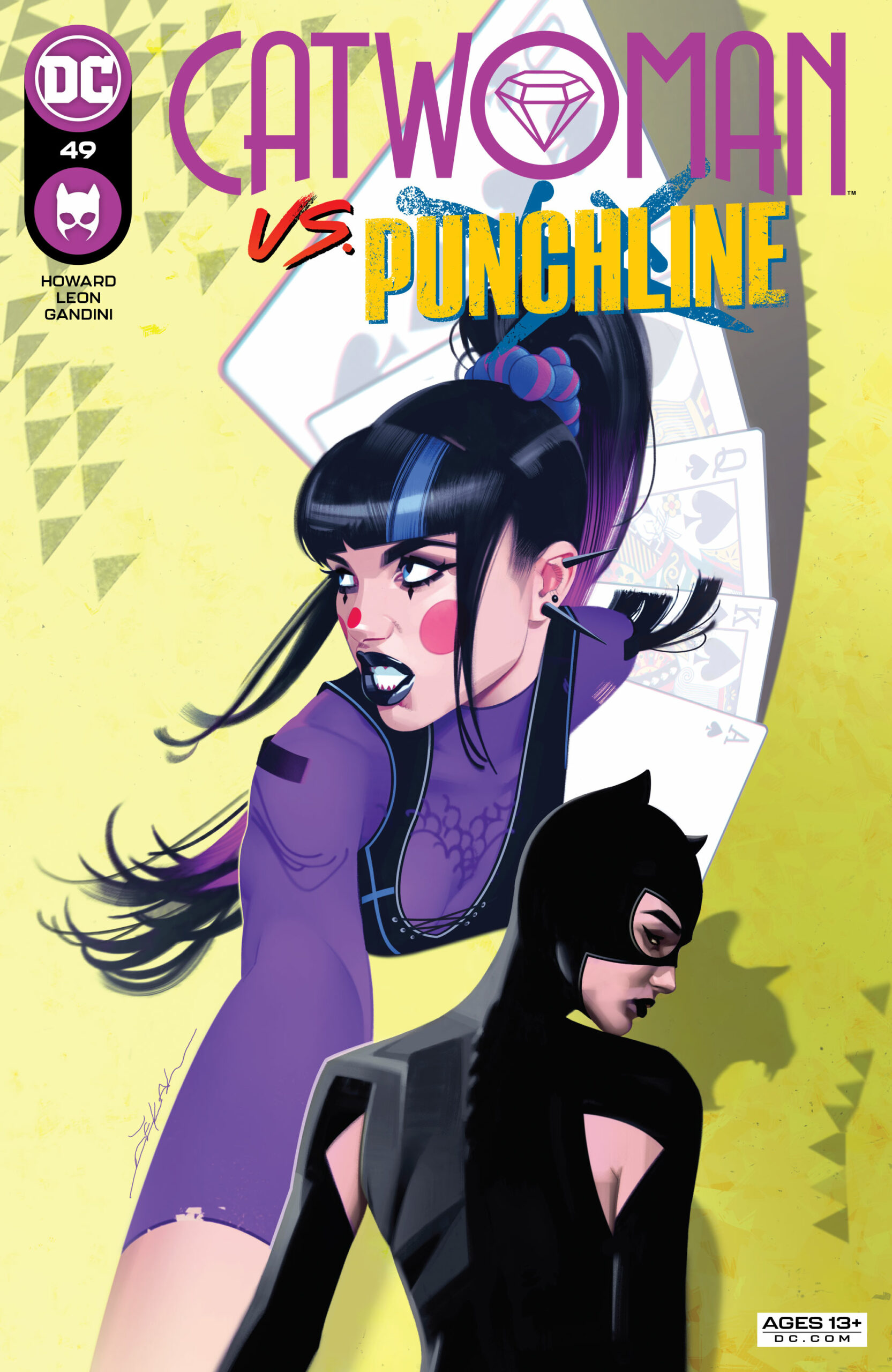 Catwoman #49 brings DC’s greatest thief back to home turf. Issue 48’s Italian vacation showed Catwoman’s roots and delivered a huge slice of character development. Now she’s back. A new antagonist is on her shores, and we get to see how she meets this challenge.

The progression of characters is so consistent between issues and the situations have stayed so strong that we feel, not that we’re reading a comic, but that we’re following the saga of one woman’s fight to defend Alleytown. It’s more like the life and times of a historical figure. 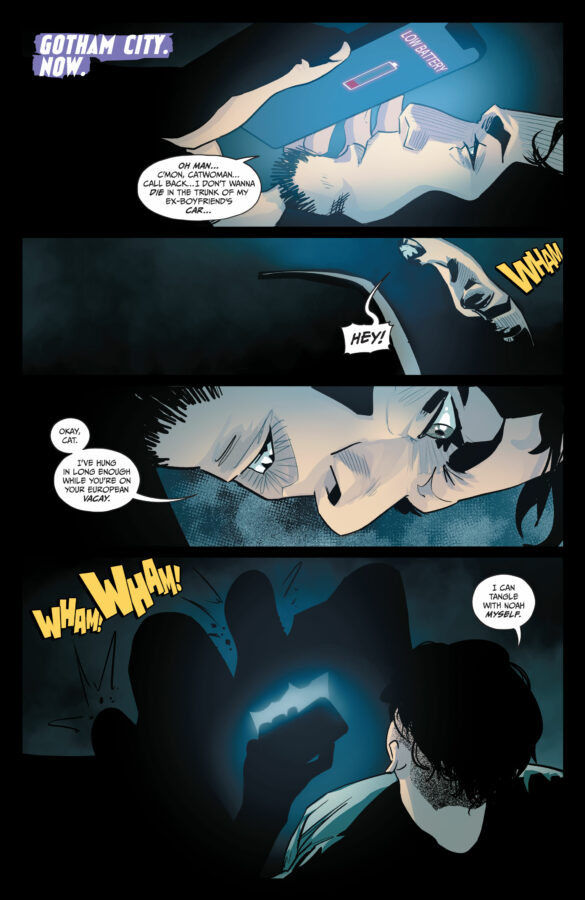 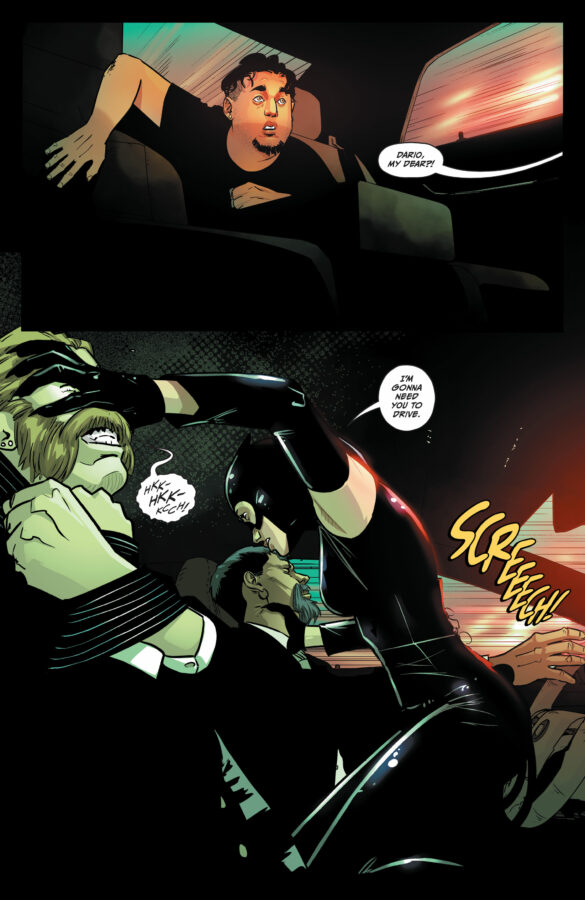 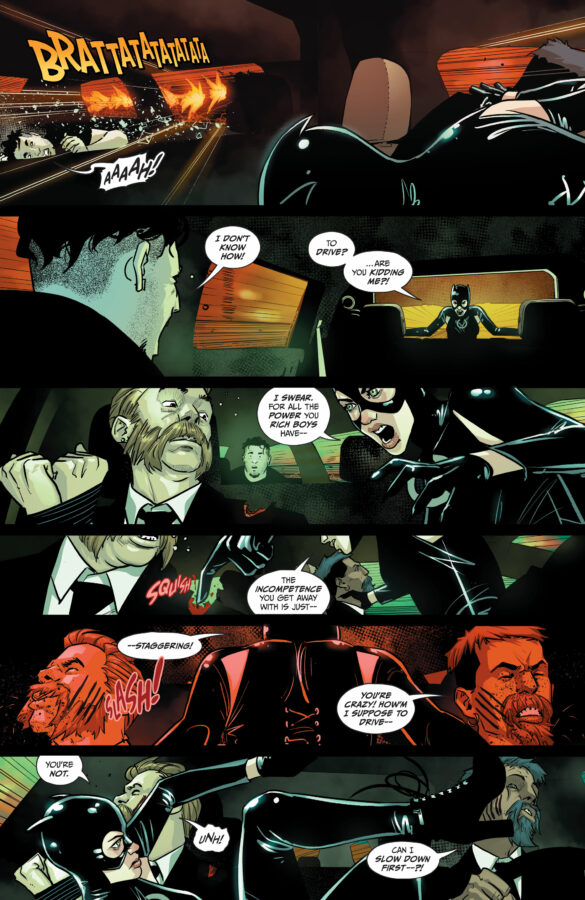 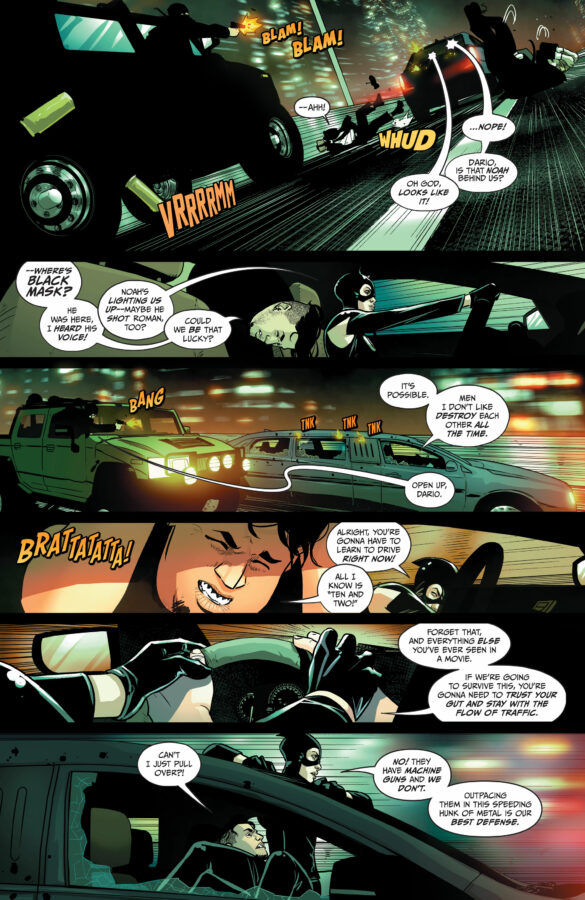 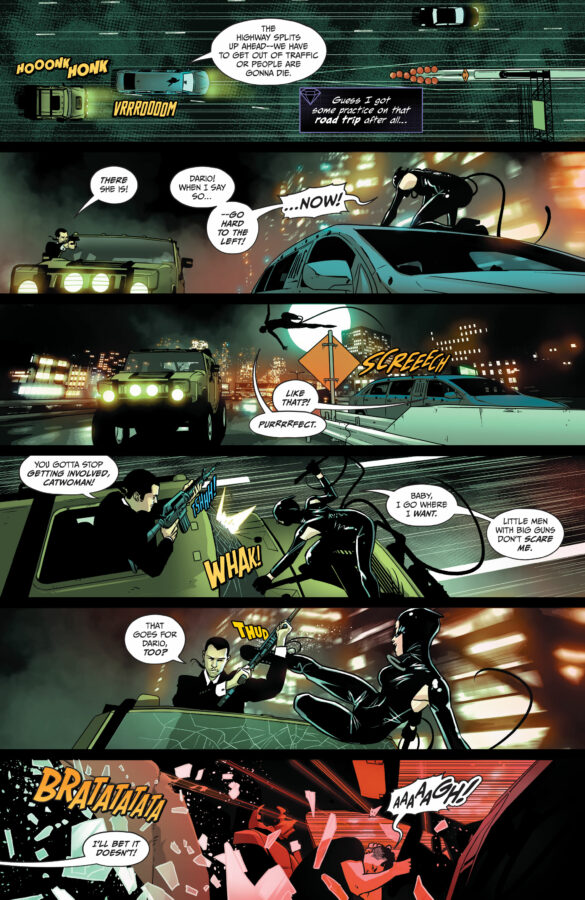 The issue opens with all the intense action fans have come to expect to find practically every day on the peaceable streets of Gotham. There’ll always be something very dramatic and satisfying to see, like a person hopping from car roof to car roof taking out all manner of bad guys. Catwoman’s skills, along with the jagged, angular panels and deep orange lighting, make the action feel intense. We get a strong look at how fast everything’s moving right away and get swept up in the chase.

The ensemble cast has grown immensely since the current Catwoman run started, 49 issues ago. Selina’s struggled against all manner of dark forces and even with her own reputation as DC’s greatest thief. Now she’s truly carved out a habitat with a really interesting supporting cast. The creative team has handled this journey brilliantly, by bringing the tone of the comic down to earth (or, at least as done to earth as a comic about a woman in leather, flip-kicking mafia bosses can be). 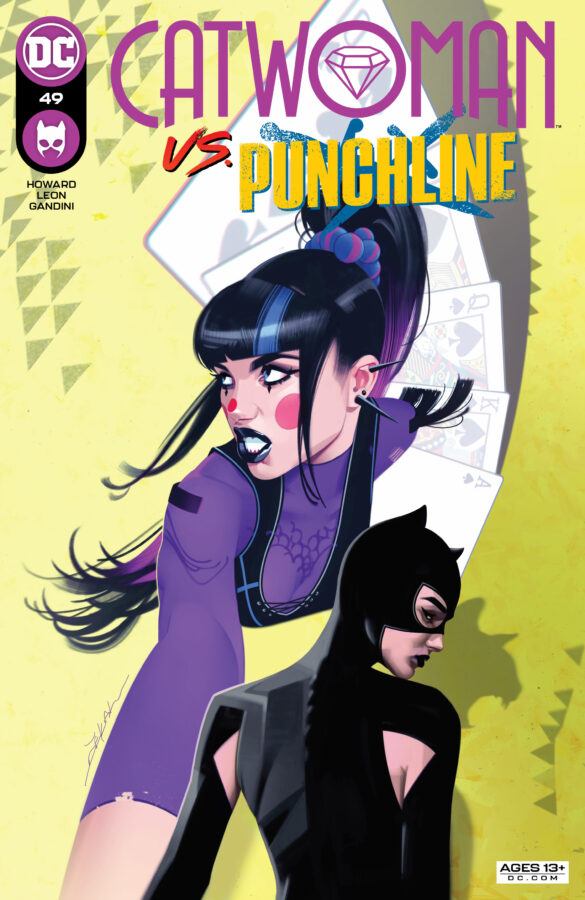 Catwoman #49 brings a welcome roller coaster that shows our hero handling a new, looming threat in Gotham by rallying the many new faces this title has treated us all with. We get stunning action and realistic development paying off from many issues past, all in a well-rounded story.