Black Adam has hit Theaters with a bang! What better way for the man in black to show his power than to sit on a throne? McFarlane Toys is honoring the infamous anti-hero with an exclusive deal, if you purchase $50+ of in-stock products you get a FREE Black Adam with Throne (7″ Scale). With the rest of the JSA in this series you would have to as mad as a Joker to not take advantage of this great promo.

The iconic image of Teth Adam sitting on the throne comes from the unforgettable weekly story 52 (issue #45 features this unmistakable pose). The stories of 52 were wonderfully written and beautifully drawn. 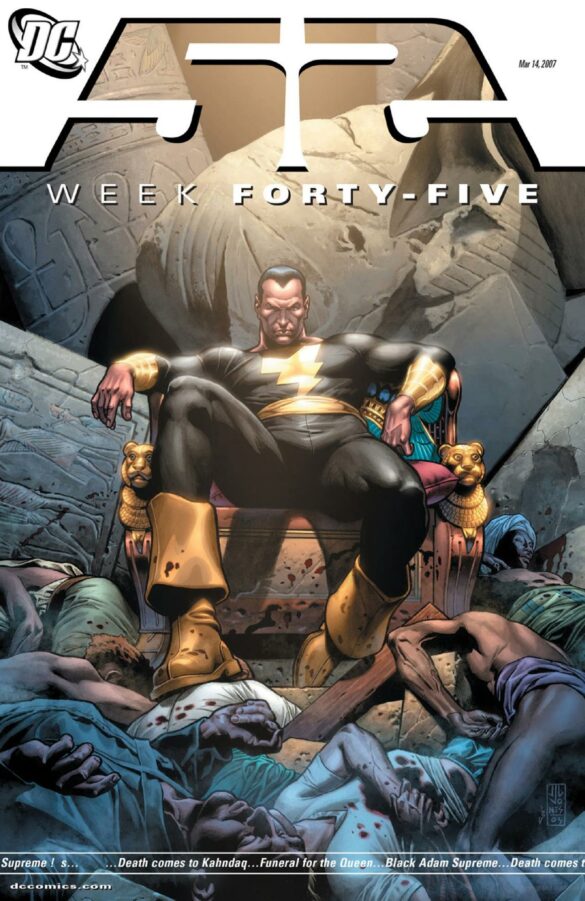 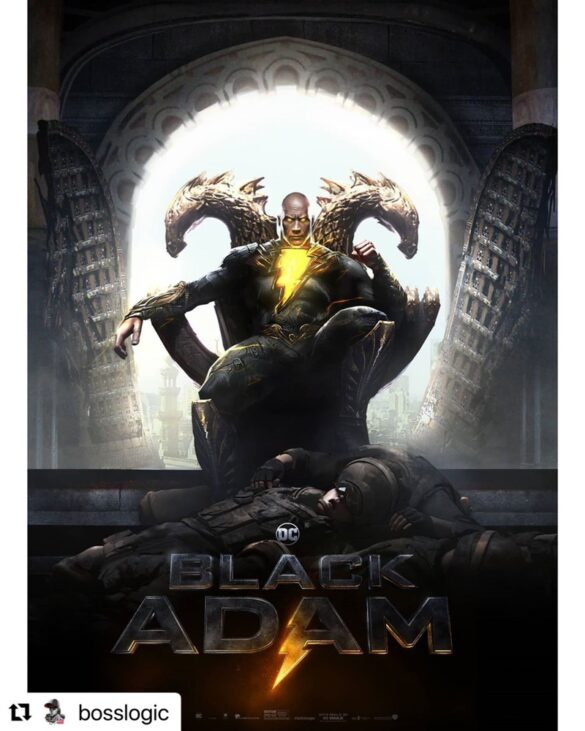 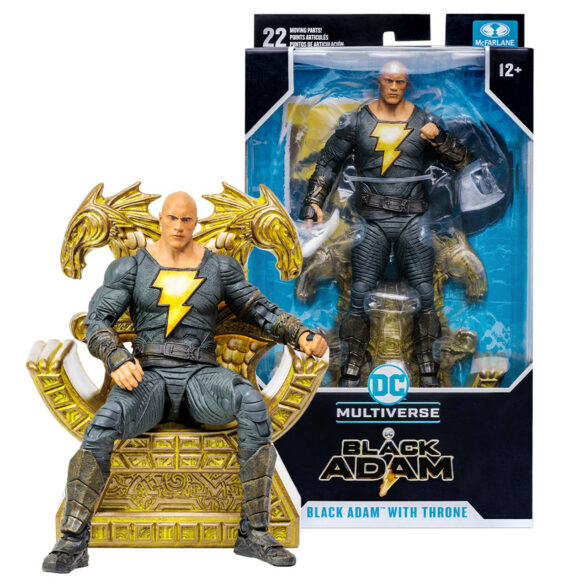 What if Batman, Superman and Wonder Woman all took a one-year break? This series told the stories of what happened when they were gone. The series really pushed other characters who were often overshadowed. We saw Black Adam, Booster Gold, The Question and the introduction of the modern day Batwoman. If you haven’t read it, you definitely should! It was an issue a week for a whole year and every single week millions of fans, including myself, were left speechless.

Details of the promotion are below: 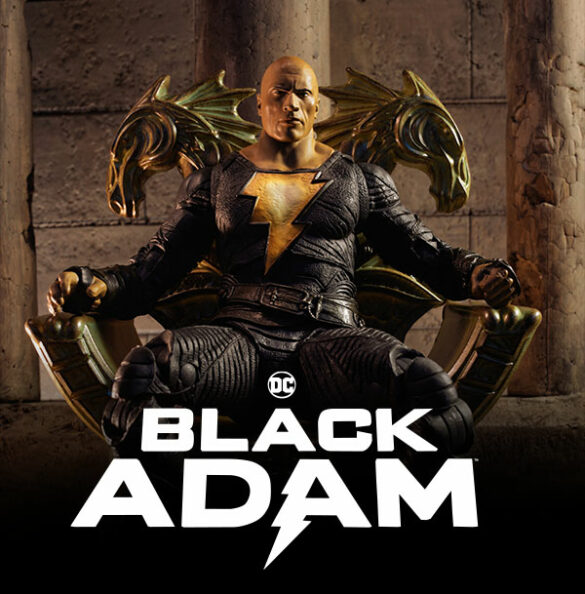 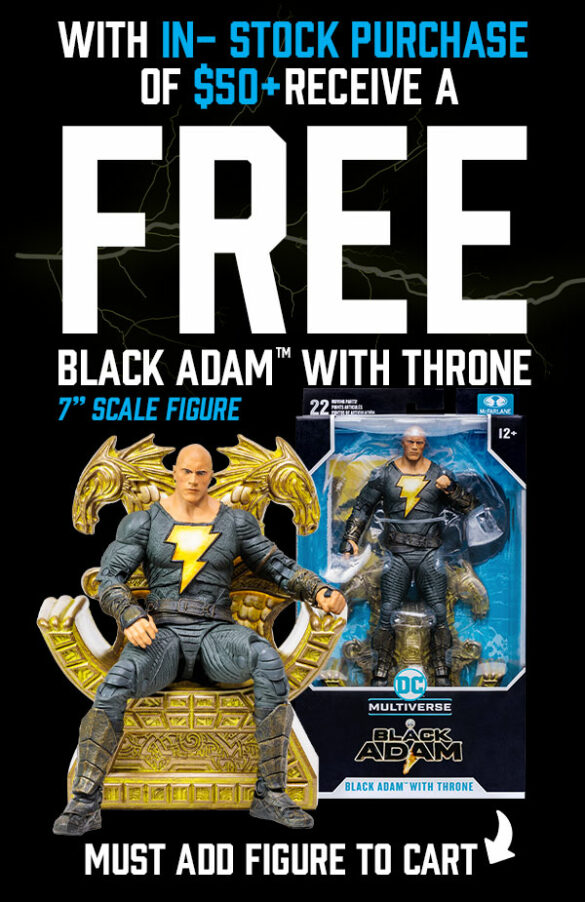 Will you say SHAZAM! and feel like a kid again, so you can take advantage of this Black Adam with Throne promotion? Don’t miss out,

Check out Black Adam in theaters now too!