“The Battle For Blüdhaven’s Heart” – Finale 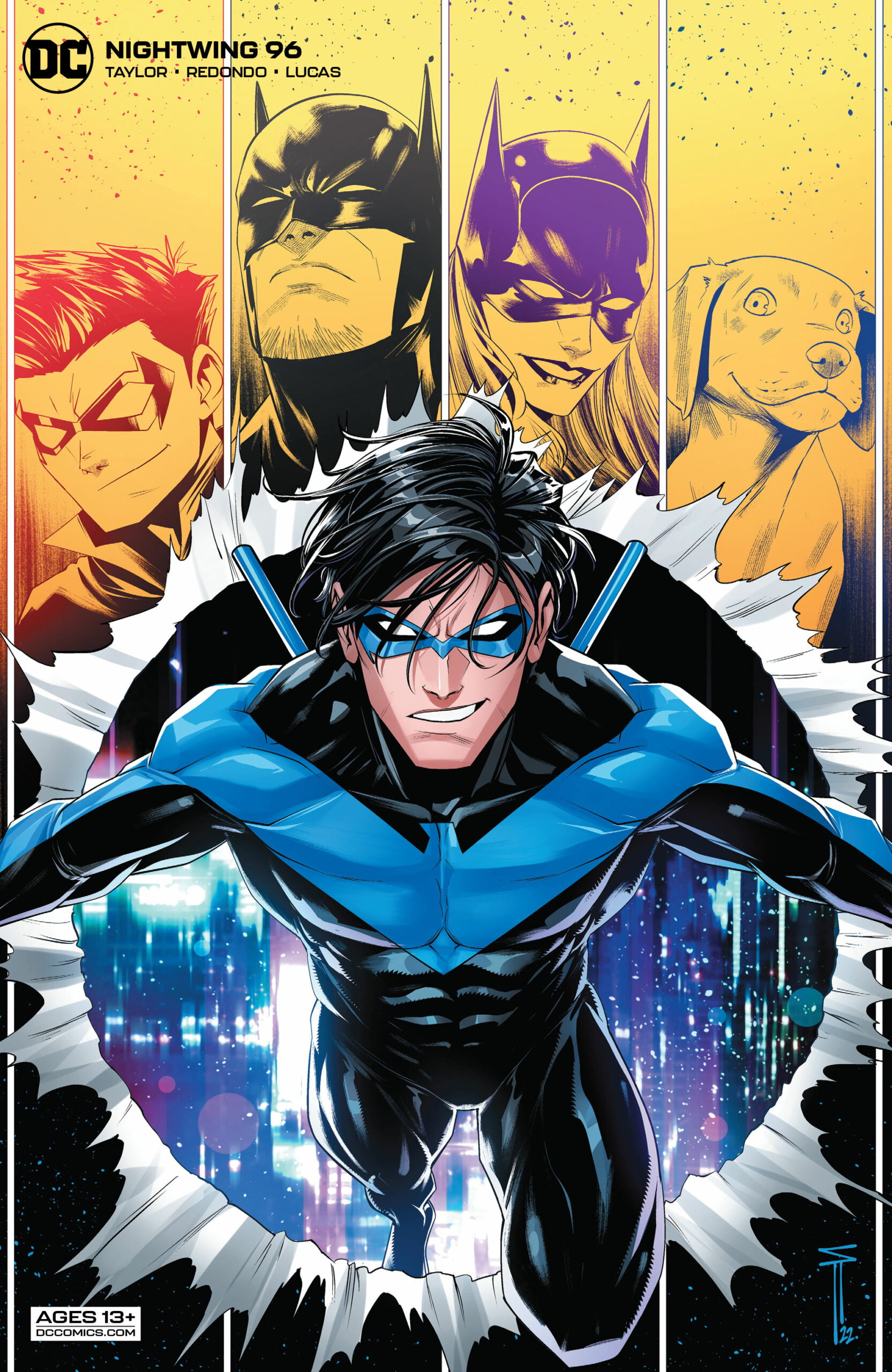 The secret’s out! At the end of last month’s issue Blockbuster had our hero at his mercy and had unmasked him, revealing his secret identity. Nightwing #96 sees Dick Grayson fighting for his life, in the epic conclusion to “The Battle For Blüdhaven’s Heart”.

This issue has everything. From the opening shots; with Batgirl Prime looking over a city in flames, to Dick Grayson’s waking up to Blockbuster standing over him, while the building they’re both in burns around them, all the way to the final, shocking page, this comic just delivers. 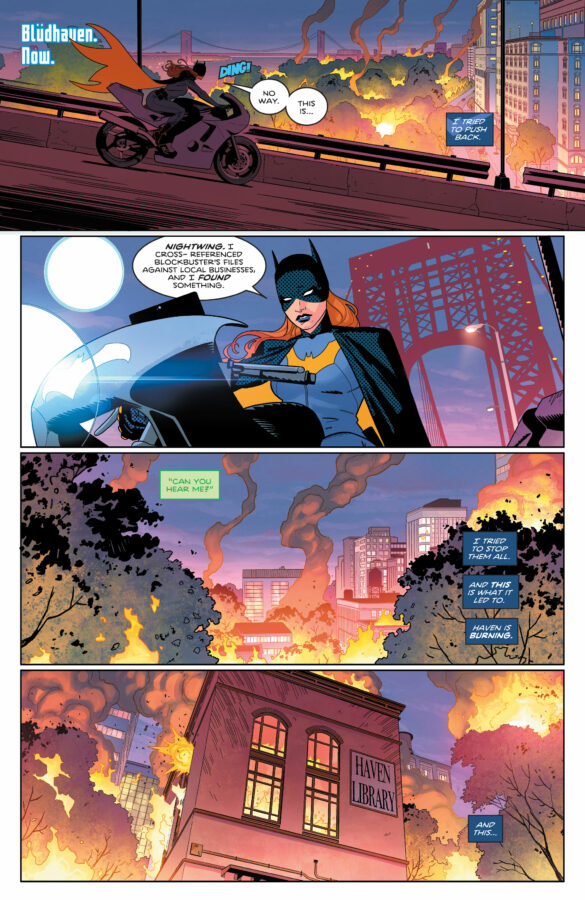 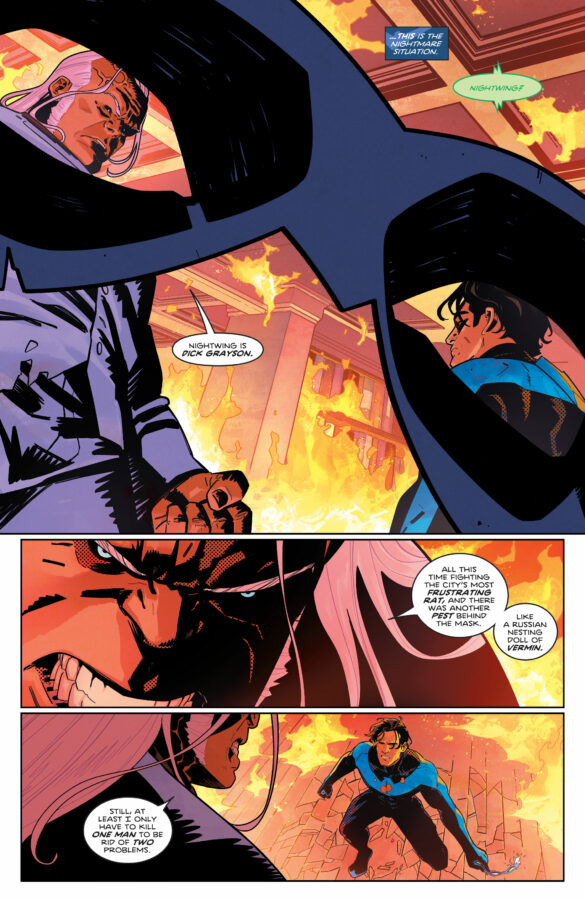 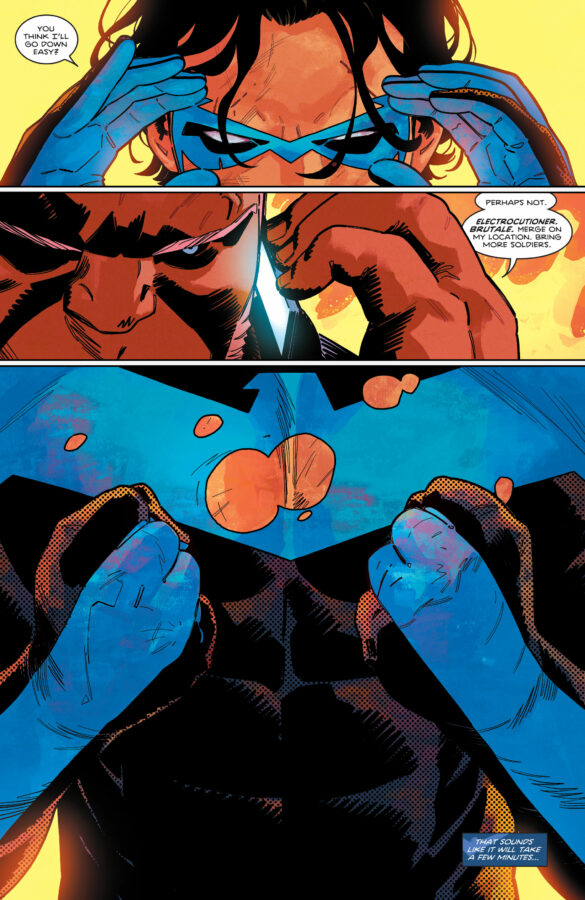 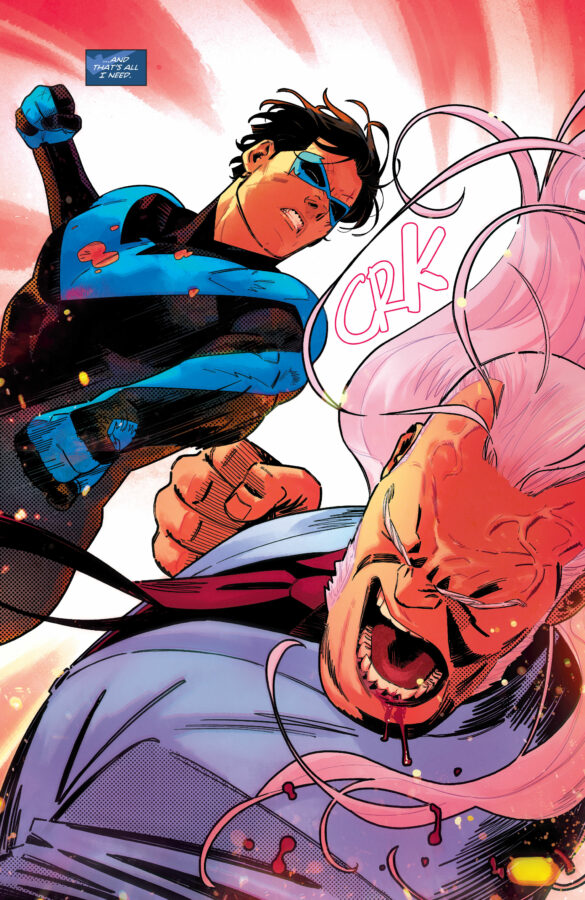 Nightwing #96 gives us action, thrills, shocks, surprises, destruction, and death. Bruno Redondo, Caio Filipe, and Adriano Lucas have drawn and illuminated a slugfest for the ages. Tom Taylor ups the ante and tension, while also delivering some beautiful character moments. Even if Nightwing wins the fight against a foe with superhuman strength, this villain now knows his secret identity.

What I’ve loved about this series, particularly since this amazing creative team took over, is how much they manage to fit into every issue. From the start, month after month, we’ve been given action, romance, comedy, tributes to what came before, Bat Family members a go-go, vile villains, incredible characterization and one of the cutest pets ever to appear on the printed page. I know I say it again, and again, but 90% (or more) of the reviews I read seem to agree with me. Nightwing is as good as superhero comics get.

We have a writer who loves Dick and Barbara as much as they love each other, a penciller whose flair for design, storytelling, and aesthetics are perfection, a color artist who can almost make you feel like you’re actually in a burning city, and a letterer who’s laying down words, sounds and titles like a designer Da Vinci. This creative team is made up of a bunch of hugely talented individuals that not only seem to be good at what they do, but are loving every minute while doing it. The results are clear to see on every page.

Cameos by Nightwing creators Marv Wolfman and George Perez have been a mainstay of this run, but seeing the two legends in the crowd, showing staunch support for our hero, provided a truly beautiful comics moment. This issue also manages to give the Comics Code Authority stamp a use that’s thoroughly approved of by the Dark Knight News Comedy Code. Priceless. 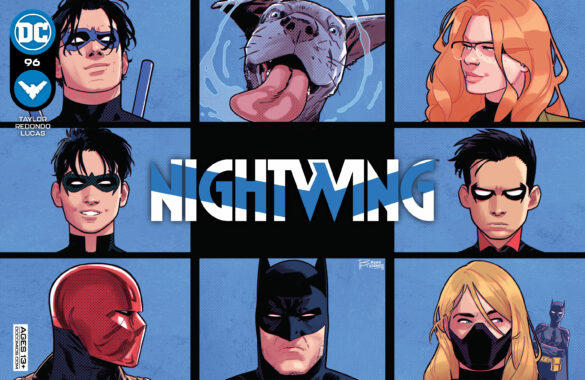 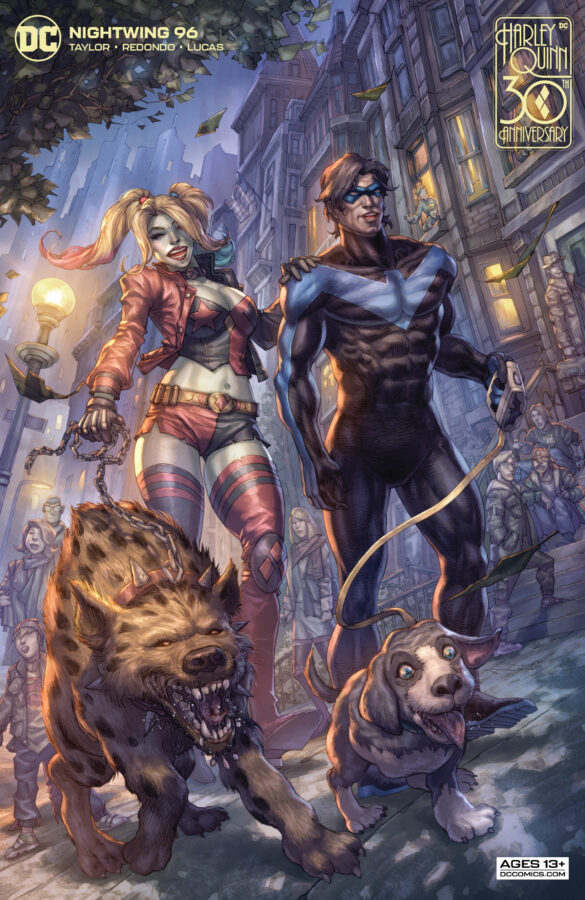 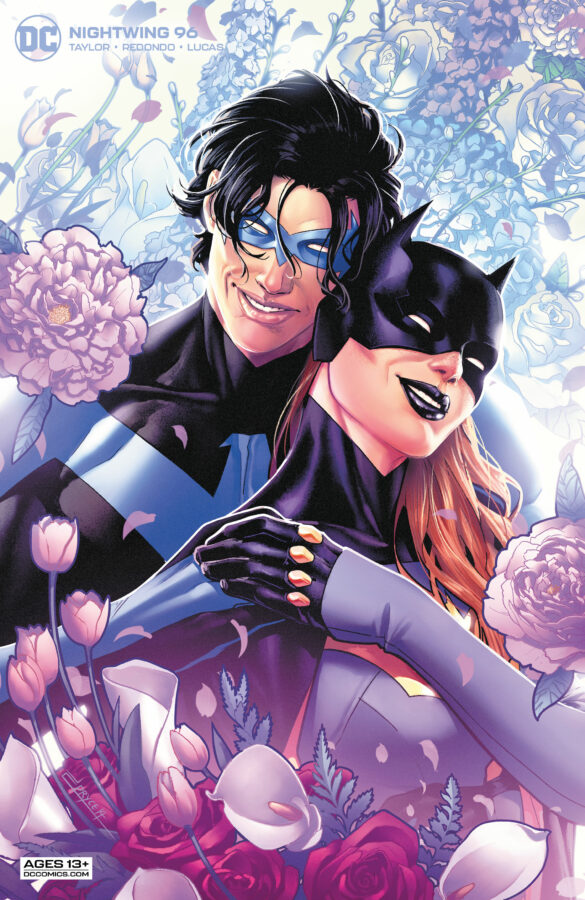 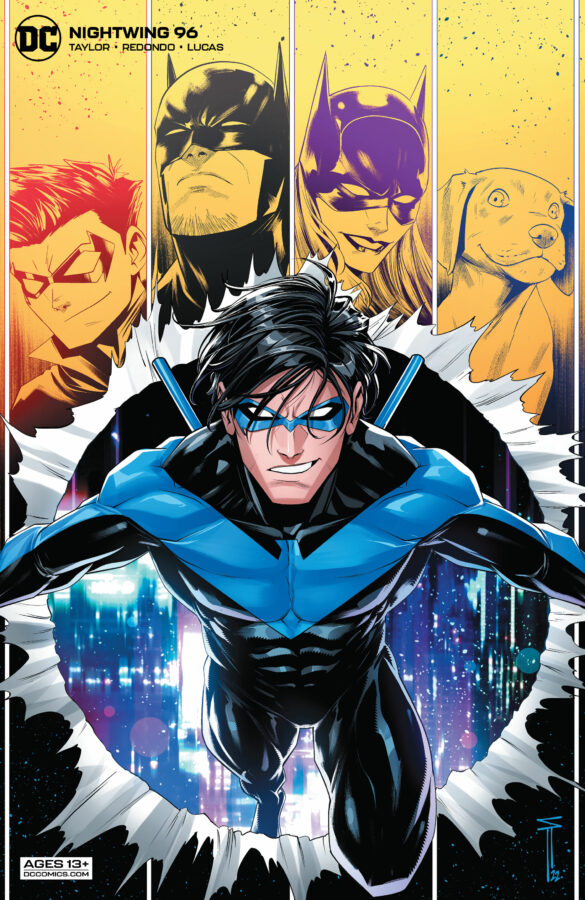 I know that comics get a bad rap and are still seen by many as being “Just for kids”. While Nightwing is a superhero book, the layers of depth in characterization, the fact that every action or reaction has a legitimate dramatic purpose, and that we’re seeing constant, real, and necessary character growth, shows what a truly wonderful and underrated storytelling medium comics can actually be.

Nightwing #96 is perfect. What I’m really enjoying is how every arc since “Leaping Into The Light” can be read by itself, and make perfect sense, yet each one builds on what came before, and is still taking us on an ongoing journey. We get an end to one particular antagonist’s arc in this issue, but someone keeps coming back, a figure who’s been there from the start of this creative team’s tenure, and who seems to be getting closer and closer to receiving their time in the sun.

“The Battle For Blüdhaven’s Heart” may be over, but I believe that the battle for her life and soul has only just begun.