“Leaping Into The Light” – Part One 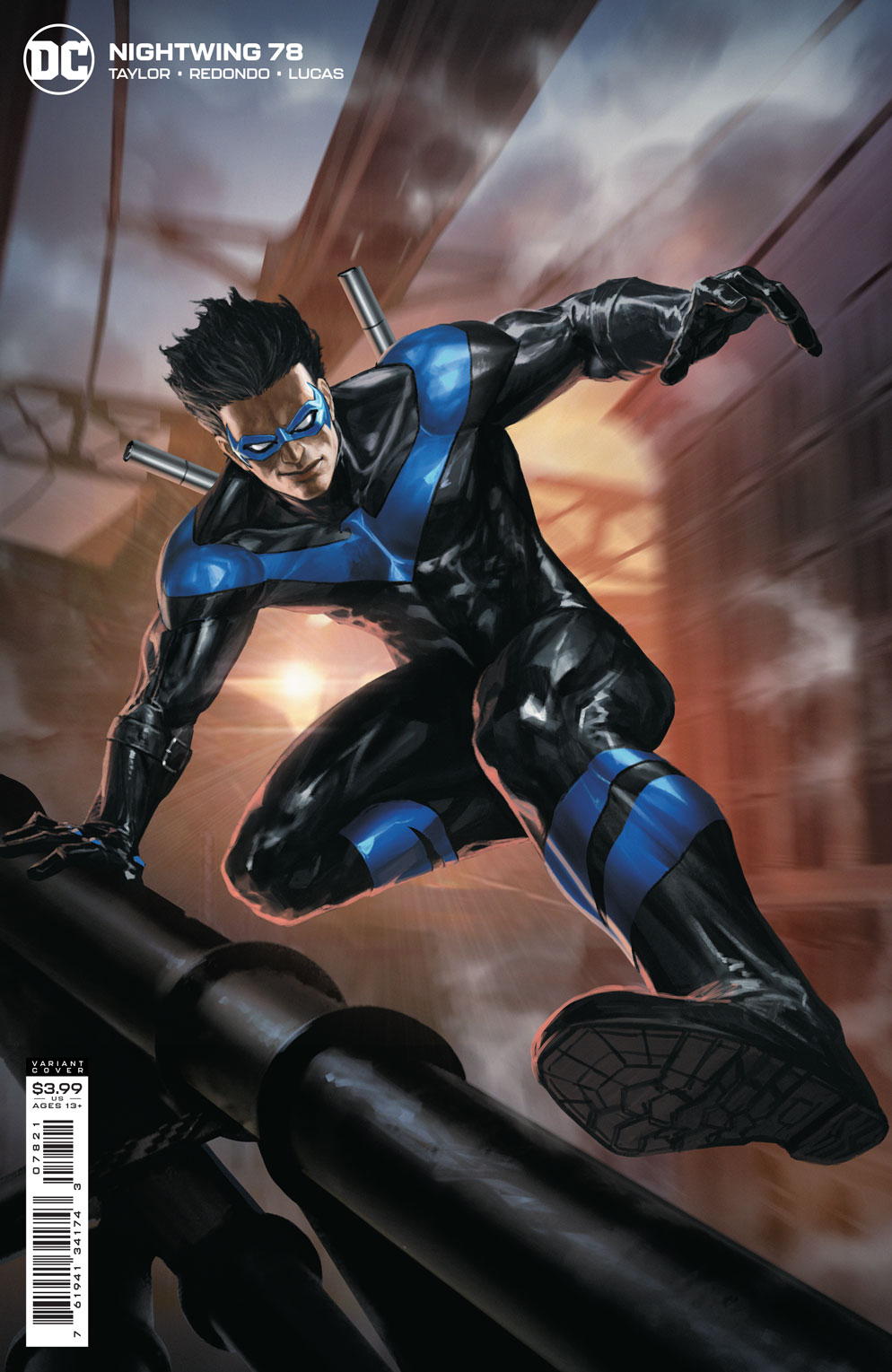 Nightwing #78 is as close to a perfect comic as you’ll find, as it’s written by someone who loves Dick Grayson as much as I do.

I’ve been a fan of this character my entire life; he was the first Robin, but stepped out of Batman’s shadow to become Nightwing. He’s a hero to the core; a protector, a savior, and a guardian. He could easily be your best friend, and he’s definitely not someone you’d want as an enemy. Of course, everyone knows he’s been through a lot in recent years, and new writer Tom Taylor is clearly aware of this.

This issue is a love letter, both to Nightwing, and to his fans. Only Tom Taylor could have a hero who recently had his whole life taken away from him, and reduce that entire chain of events to a joke… while protecting a puppy. Dick Grayson hates bullies, and Blüdhaven’s full of them.

From the opening flashback scenes, featuring a glorious untold day in the lives of Dick Grayson and Barbara Gordon, the dialogue and characterization in this issue are bang on the money. These are the characters I grew up with, these are the heroes I love, and they’re in very good hands. 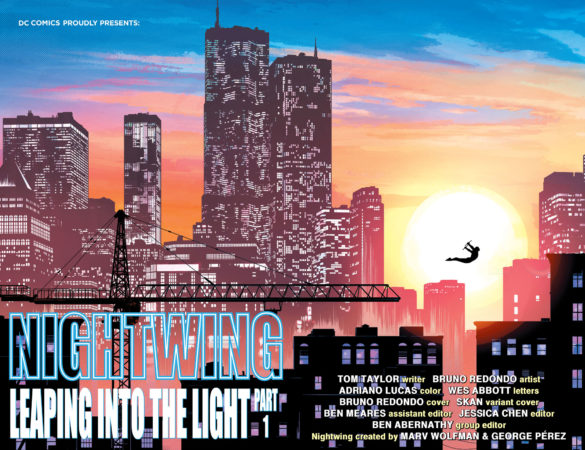 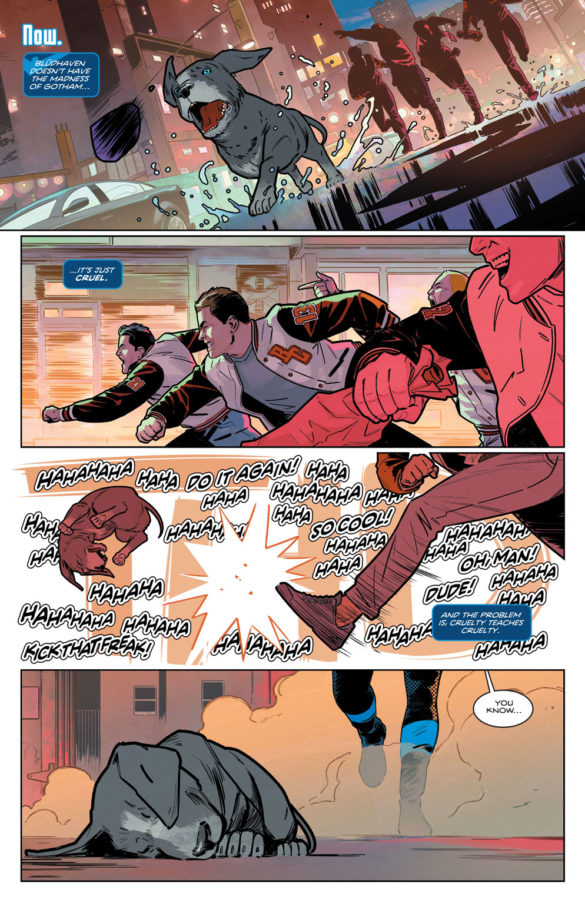 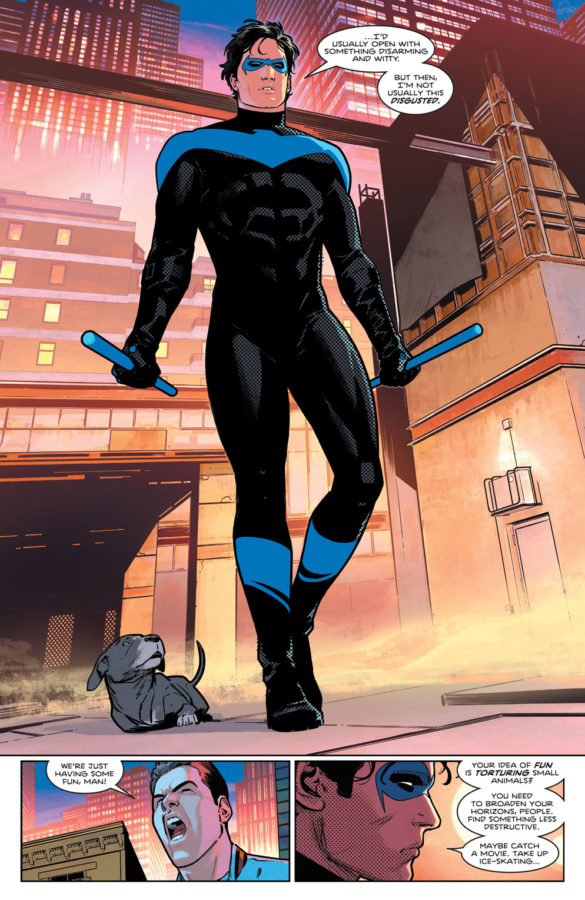 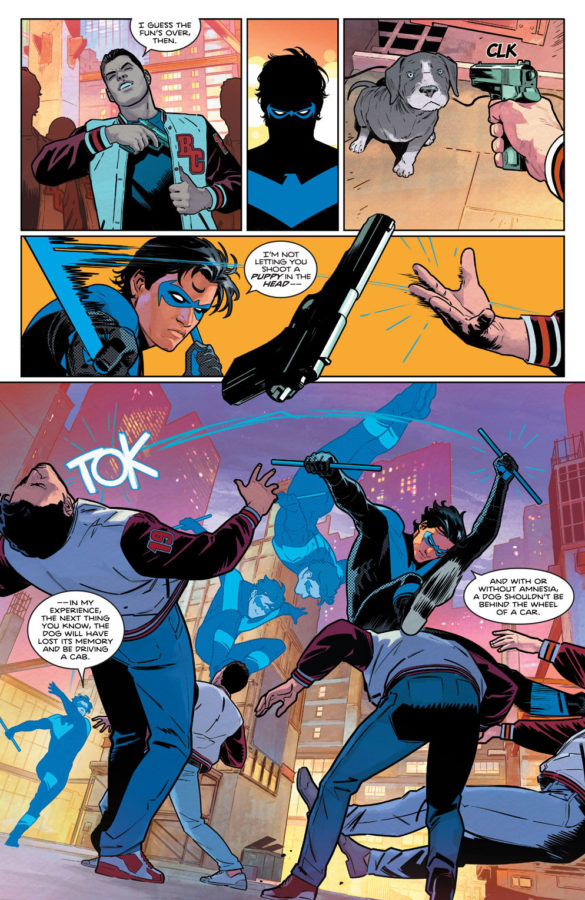 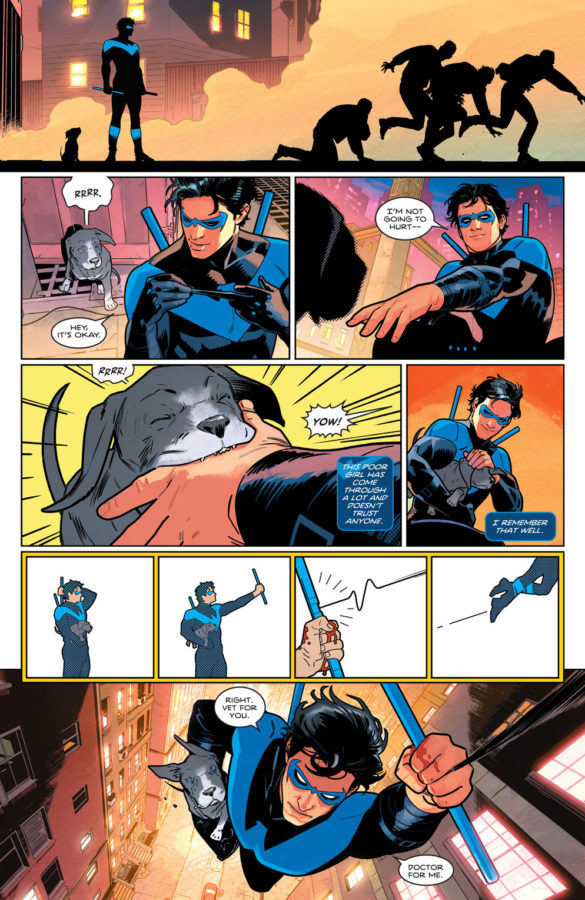 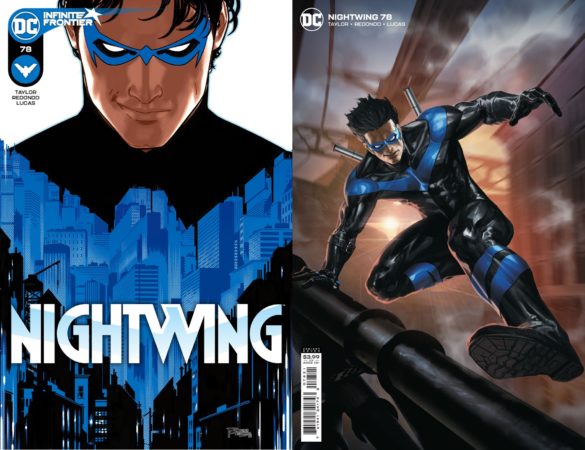 Leaping Into The Light

Bruno Redondo and Adriano Lucas are superstars. Look at this art! The skyline, the sunset, the action, the grapple hook that looks like a trapeze wire… come on! This stuff is awesome! After just one issue, I can honestly see this run becoming one of the most loved in the character’s history.

Redondo draws an awesome Nightwing, a stellar Barbara Gordon, and his cityscapes are sublime. He’s as comfortable drawing a character sitting on a fire escape, as he is with scenes of pugilism and acrobatics. Lucas’ colors are bright, punchy and really make the line-art shine. Yes, I know that this world is supposed to be grim, and gritty, but Dick Grayson is a shining knight, not a dark one.

Wes Abbott’s lettering, particularly at the end of the issue, is sublime.

Nightwing #78 has sown seeds that are going to bloom into life in ways that, I’m sure, will surprise everyone. Seeing the villain of the piece, his influence, and what’s happened to Nightwing’s city during his absence, has me drooling with anticipation. This issue has nods to the past, and fond memories aplenty, but it’s also got its sights firmly set on the future.

If this issue is anything to go by, then I think that Nightwing‘s future is going to be very bright, indeed.

The Joker is Back in Town