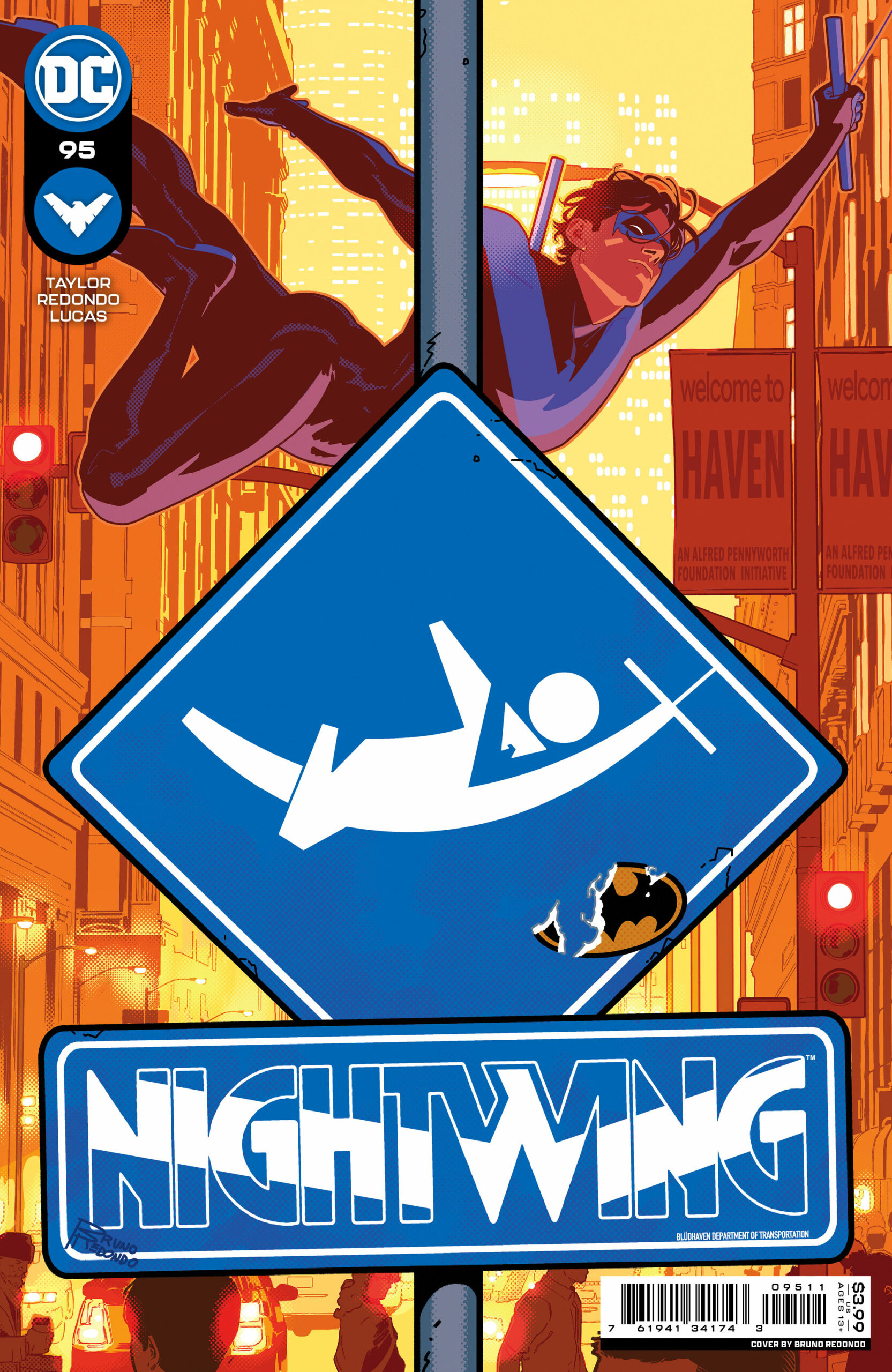 Dick Grayson and Barbara Gordon have been two firm favorites of mine for almost as long as I’ve been alive. In the 17 months that this creative team’s been giving us their latest adventures, my love for these characters has only grown. Of course, part of a writer’s job is to make heroes remain heroes and to keep them fresh and strong in our eyes… that’s their job. What Tom Taylor’s also done is bring in brand new characters, like Melinda Zucco, and made us fall in love with them as well. In that respect, Mr. Taylor’s gone above and beyond. 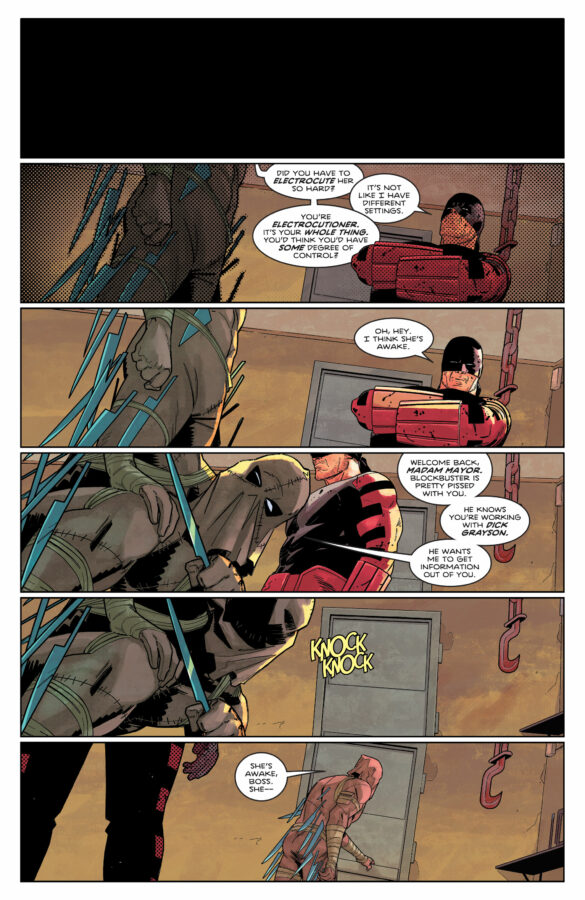 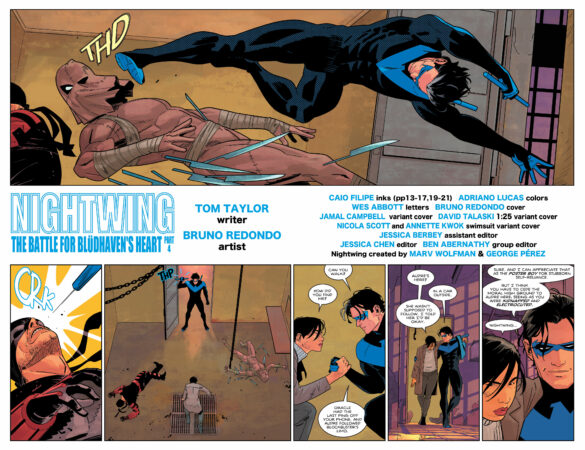 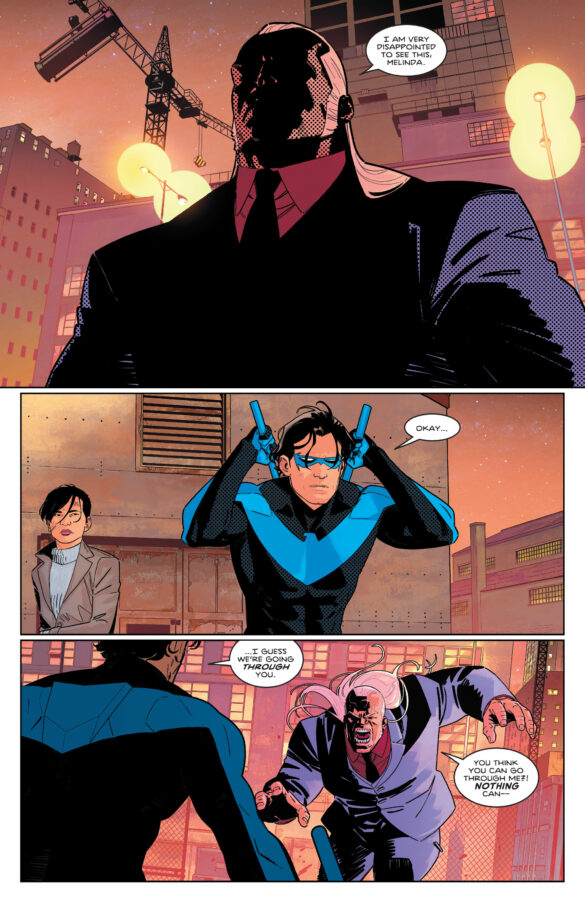 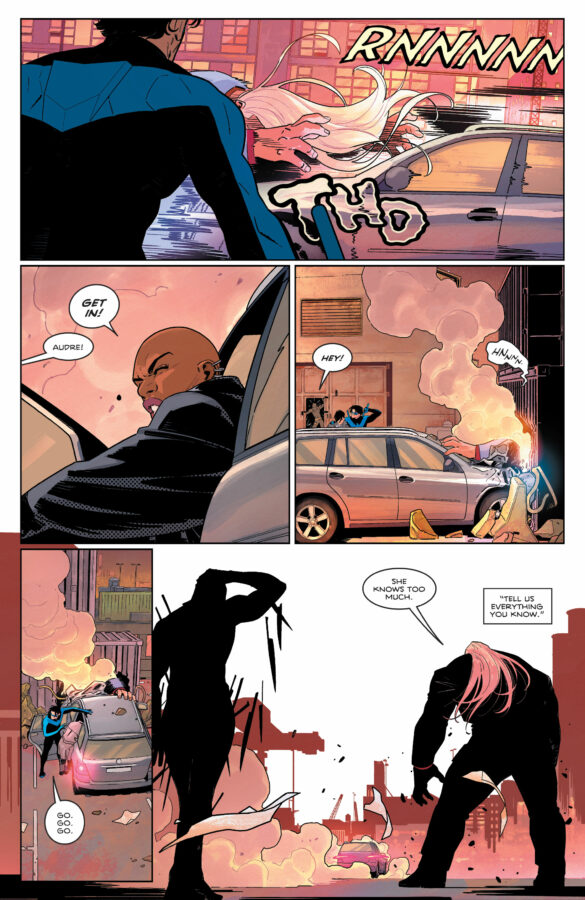 Historically, whenever a long-standing character is given a previously unknown sibling or an old friend from a previously undisclosed past, these characters end up being the ones that betray the good guys, stab them in the back, and twist the knife whilst doing so. With Melinda Zucco, Tom’s knocked that old trope aside and delivered a character as heroic and noble as Nightwing himself. Now, I just hope and pray that we don’t see another old storytelling trope rear its ugly head these pages by giving Melinda a noble and heroic death… that would really hurt. I want her to live a long and happy life. Please!

As always, Bruno, Adriano, and Wes illuminate Tom’s scripts like Michaelangelo illuminated the Sistine Chapel. This issue is gorgeous! What I also love is that almost have the issue’s been inked by Caio Filipe, who’s done a great job of not making us even notice. Caio’s inks are so close to Bruno’s own style, that anyone not reading the credits page probably wouldn’t even realize that this issue wasn’t 100% Redondo. Great work. 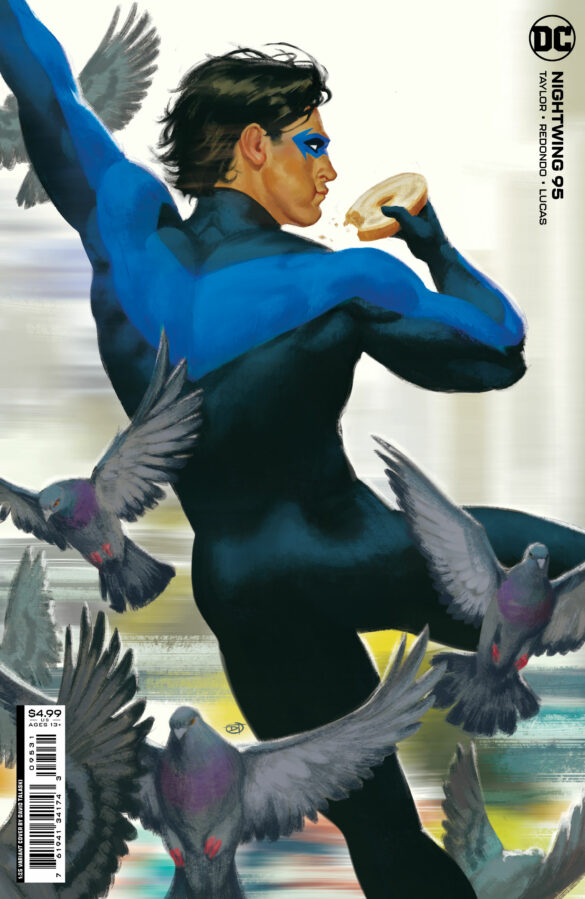 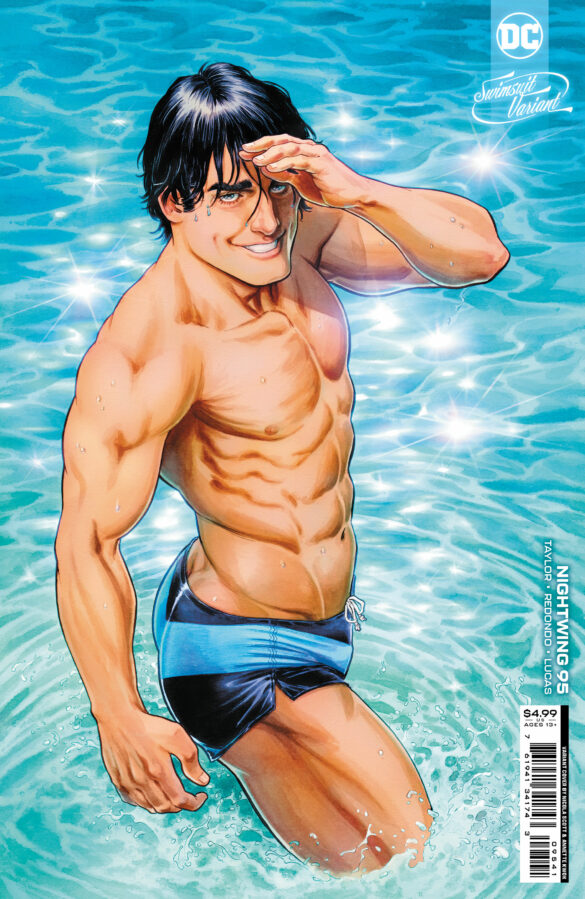 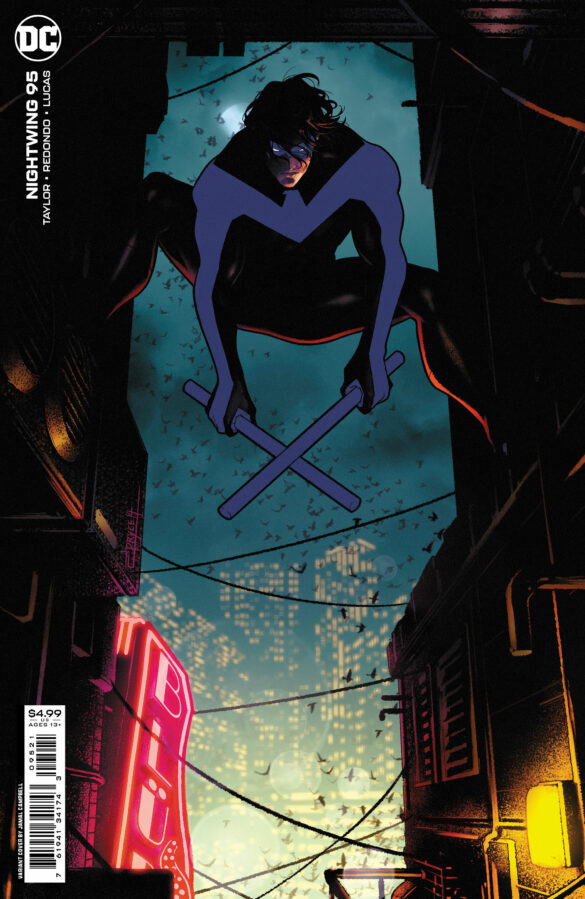 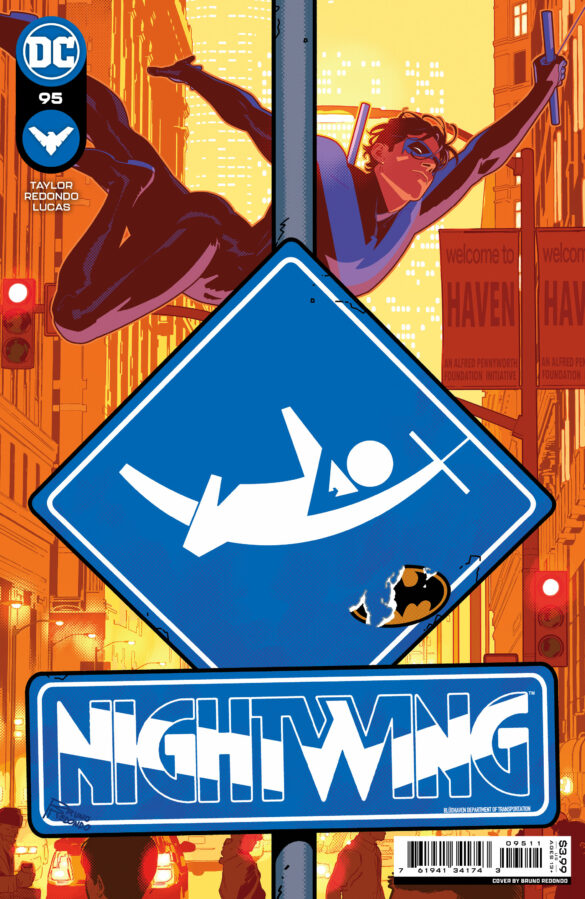 Nightwing #95 also sees a villain receiving his “reward”, Blockbuster at his best (worst?), and cameos from so many comic book legends that fanboys will be squeeing with delight (I know that I did. Page 12 is beyond awesome!) Oh, and the cliffhanger brings a whole new twist on the old phrase “Out of the frying pan and into the fire”.

The Nightwing/Blockbuster dynamic takes a drastic turn this month, one that means their relationship will never be the same again. In fact, it makes the previous issue’s shocking ending feel positively tame by comparison. The next month’s gonna drag!