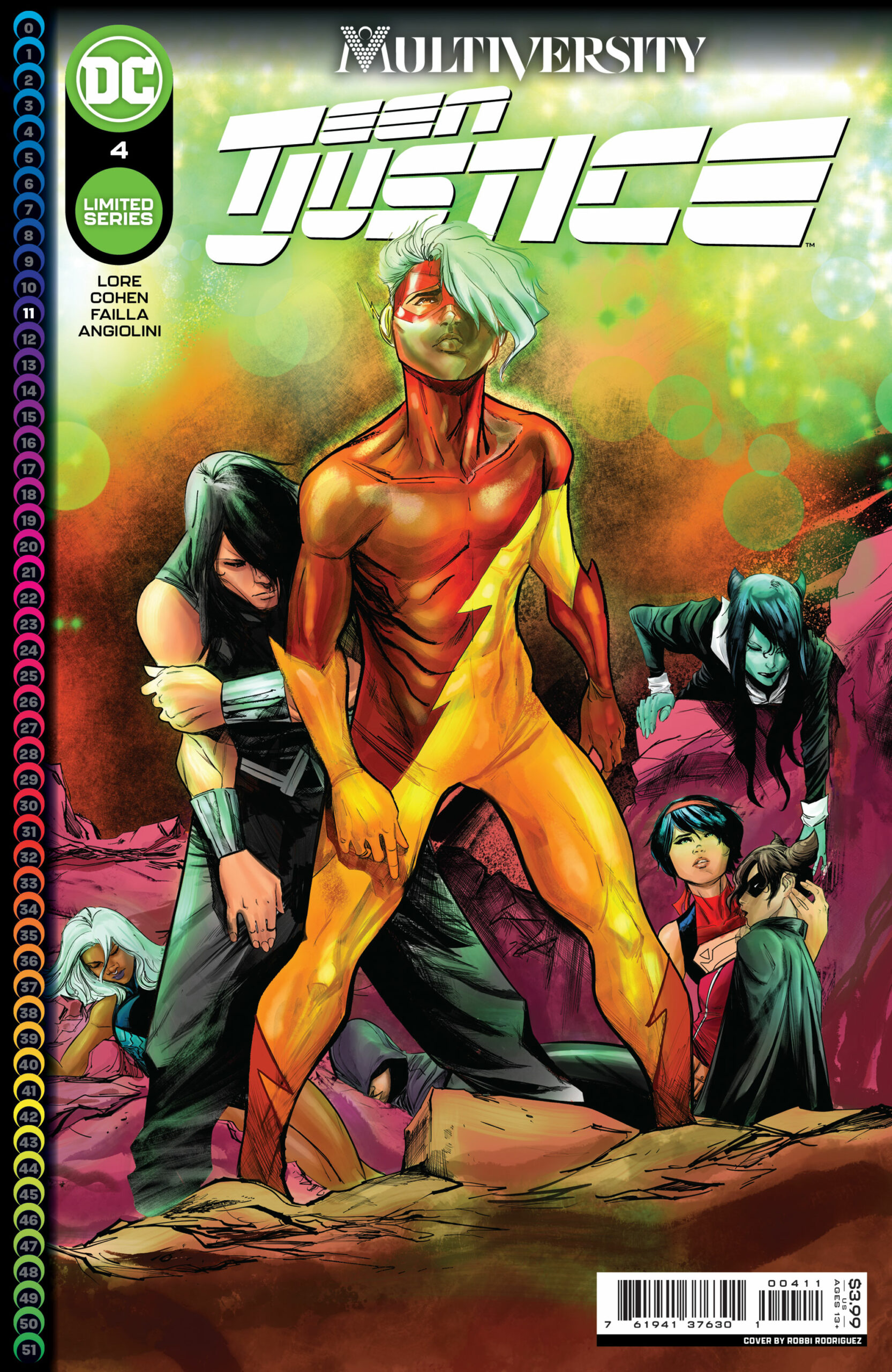 Multiversity: Teen Justice #4 begins with a flashback showing how Raven’s soul-self ended up as the captive of Sinestra and her Green Lantern Core. The group’s name is interesting. “Core” sounds identical to “Corps”, but what does the difference signify? Presumably, they aren’t as unified enough to constitute a corps, but how does “core” apply? Are they the core members of a larger group?

We also get confirmation that the male member of Sinestra’s group is indeed this Earth’s Kyle Rayner. It’s interesting that he, unlike most other denizens of this universe is the same gender as his counterpart in the main DCU – especially when you consider the same is true for this world’s Hal, but not the other Green Lanterns. I would really love to see a deep dive into this world’s history that shows how it differs from the DCU we’re more familiar with. 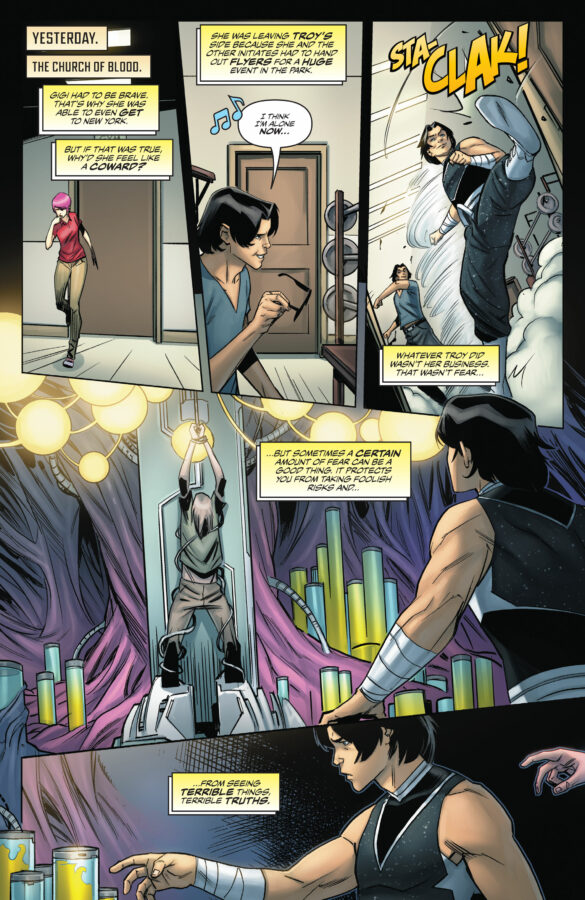 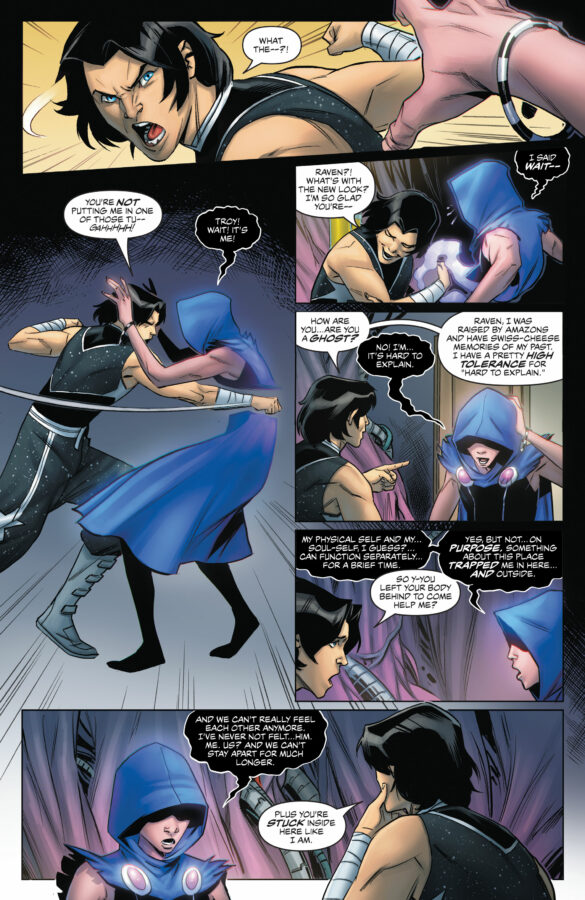 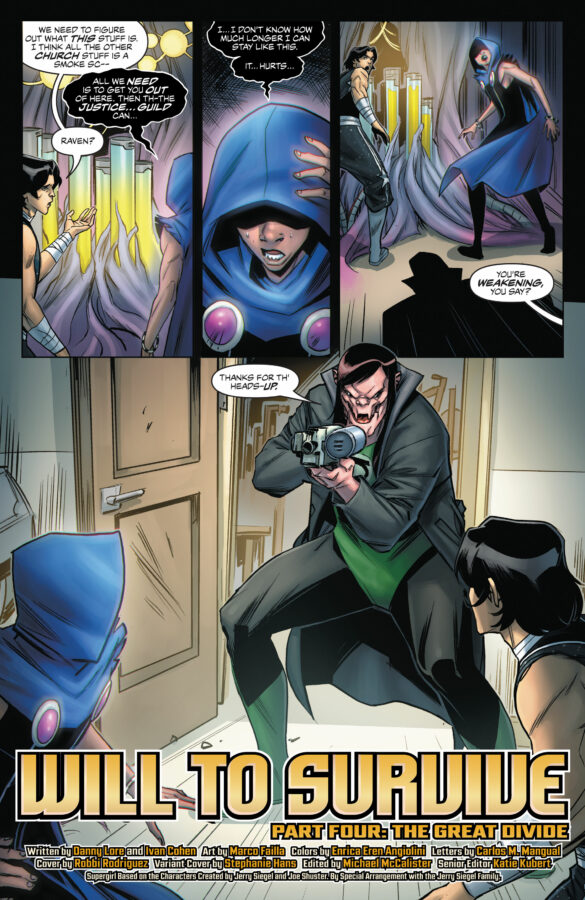 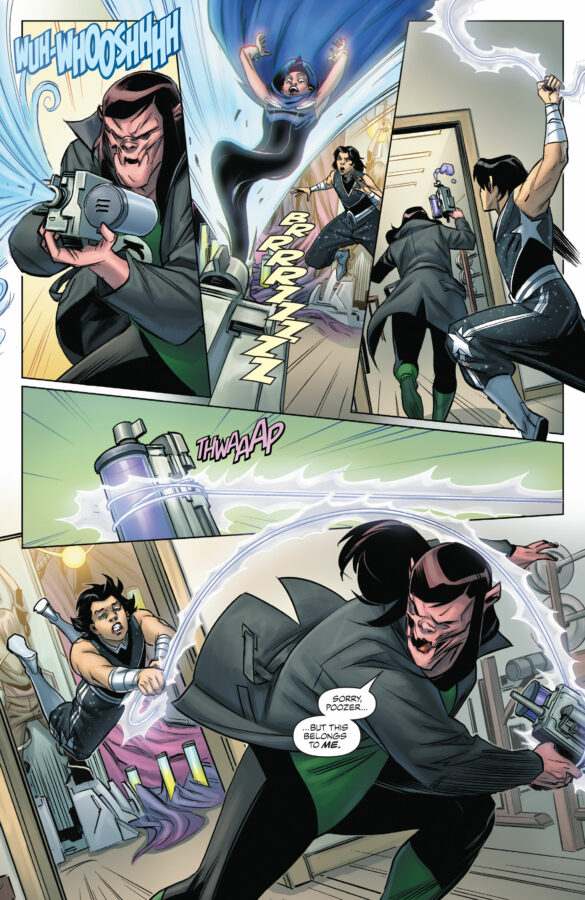 At one point this villainous version of Kyle tells Troy:

The last time someone threatened me like that… they wound up in my freezer.

This seems to be an allusion to the infamous incident in which Earth-0’s Major Force killed Kyle’s girlfriend and stuffed her body in Kyle’s refrigerator. This seemed to be a somewhat distasteful reference to make – especially to the counterpart of Kyle’s next girlfriend. Sure it shows how evil this version of Kyle is, but was it really necessary to include this?

Kid Quick’s rather interesting too. They don’t seem to have a direct counterpart, despite having some similarities to Kid Flash. Their Aunt is Jessie Quick, who appears to be this world’s equivalent to the Flash, despite bearing the same name as Johnny Quick’s daughter, Jesse. There’s a strange but fascinating amalgam of the Flash and Quick legacies on Earth-11. Once again, I’d love to learn more about the history behind this.

Also, I notice that Kid Quick uses the same formula as Johnny and Jessie Quick: “3X2(9YZ)4A”. I wonder if this establishes a connection between Kid Quick and the Speed Force, or if their speed derives purely from the equation. Kid Quick may be the breakout character of the series, or at least DC seems to be counting on them to be. There have been hints about them migrating to Earth-0 at some point in the future, so I look forward to seeing where they pop up next after this series.

After the team frees Raven’s soul-self and Troy, Raven transports them safely away. While all of this is going on, there’s a quick montage of scenes, possibly representing future events. One of the characters we see looks like a male version of Granny Goodness – probably named Grampy Goodness, or similar. This raises another question. I thought the Fourth World existed in a single realm outside the various universes in the Multiverse. Shouldn’t there be a single set of New Gods rather than each universe having its own? This is yet another question for us to hope gets cleared up in the issues ahead. 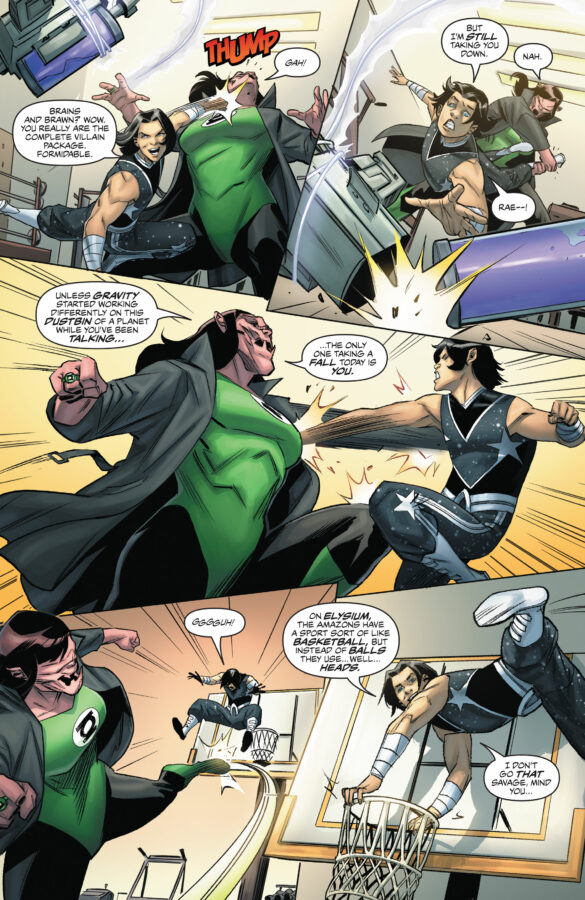 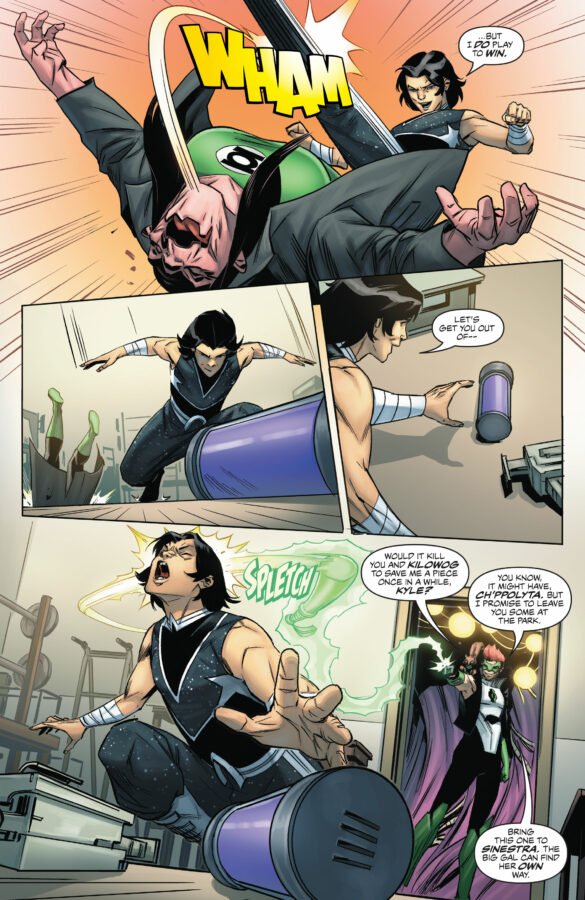 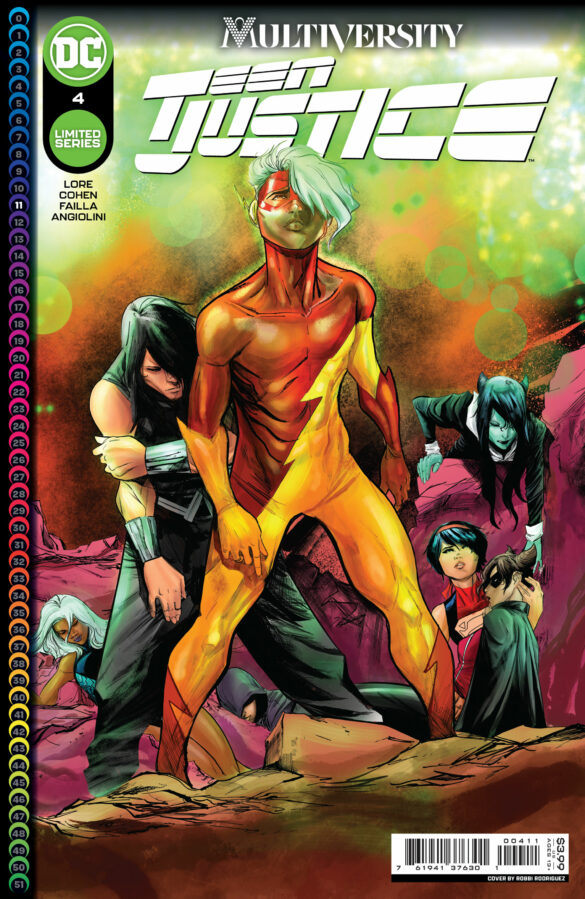 With all the mysteries piling up, I have to wonder how many of my questions will be addressed with only two issues left. Perhaps there are plans for another Teen Justice project, or perhaps even a spinoff title. Either would be welcome. Earth-11 is rife with story possibilities and this series is only scratching the surface.

Overall, Multiversity: Teen Justice #4 was another enjoyable issue. Cohen and Lore are doing some amazing world-building here, and Marco Failla is doing a bang-up job of realizing Earth-11 visually. Considering how well this series is turning out, I hope DC will bring us other Multiversity titles exploring other Earths in the Multiverse.