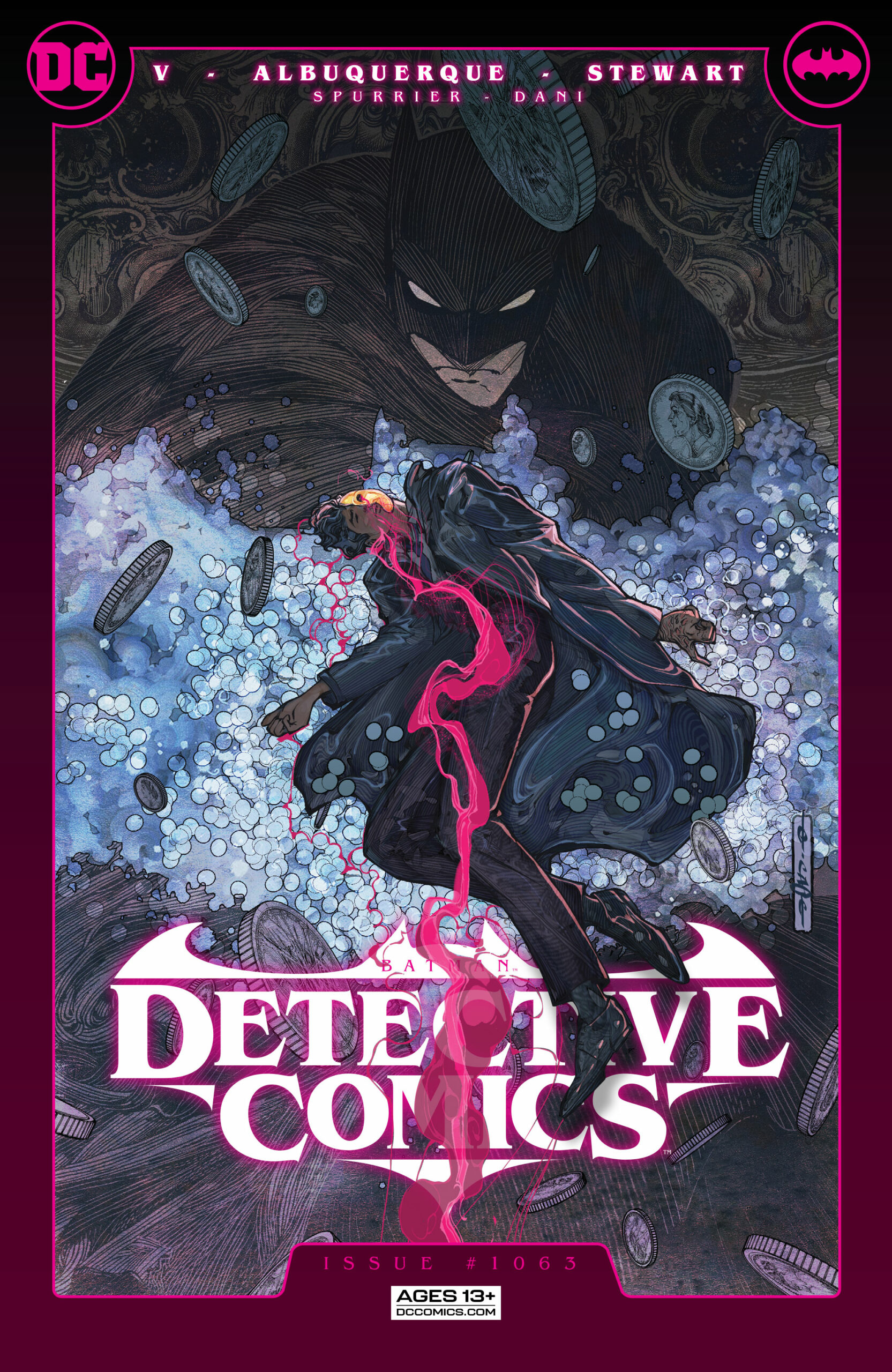 Detective Comics #1063 brings readers part two of Ram V’s Overture. We’ve heard the opening, and now we’re treated to the leitmotif of some of our main characters, and two is a key number in this issue as the story unfolds.

Hello there readers, I hope you’ve let your wine breathe and have dimmed the lights. The opening has set the tone. Now, the second act of this story begins to tantalize us with some exposition. This issue leads us a bit further down the music sheet to characters old and new, starting with a familiar pair of faces. 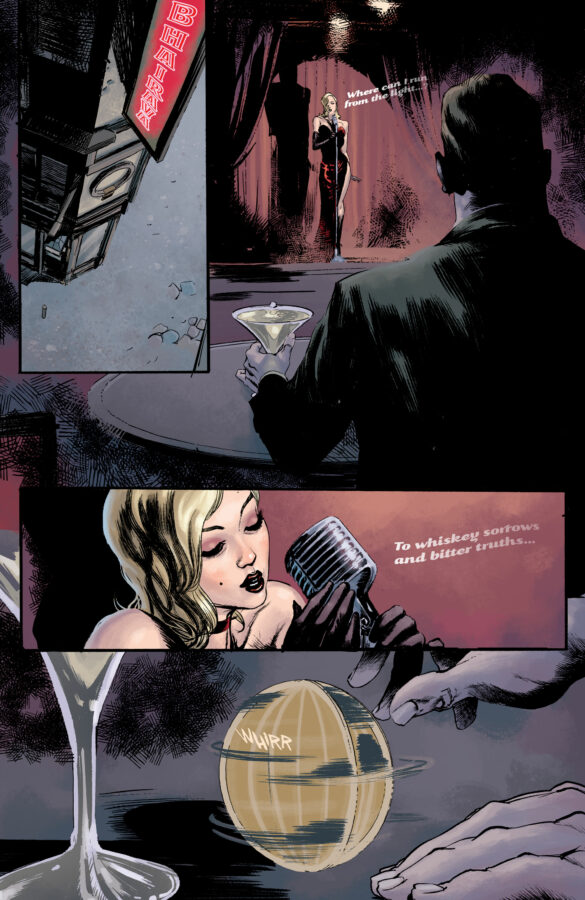 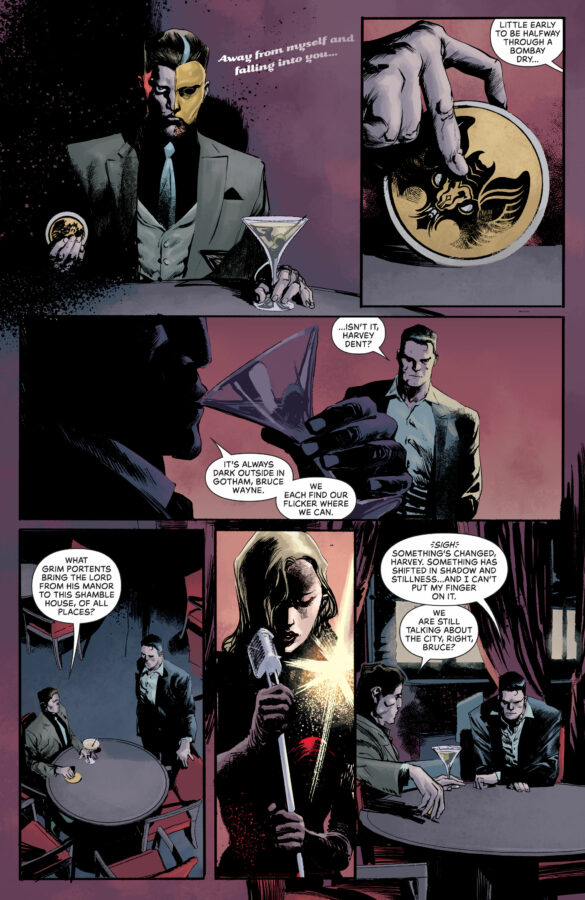 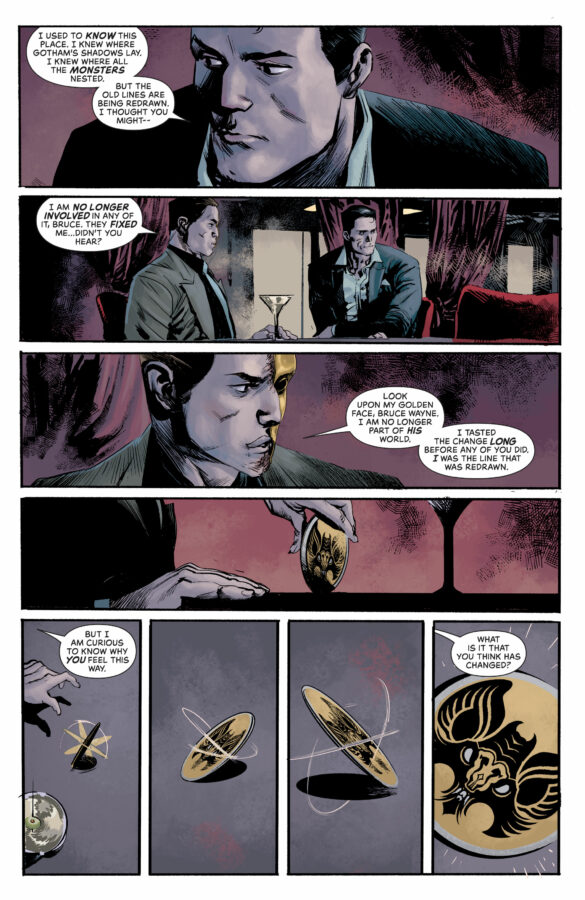 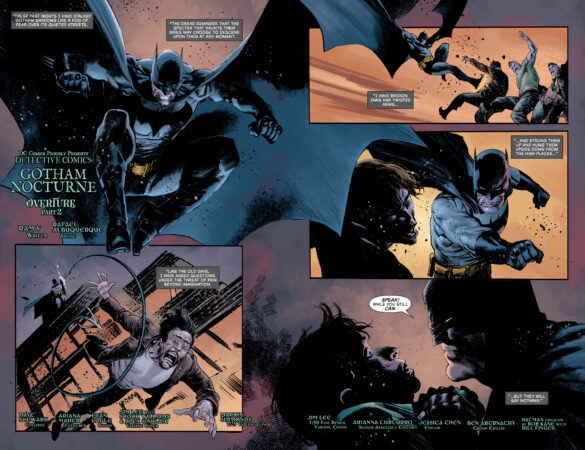 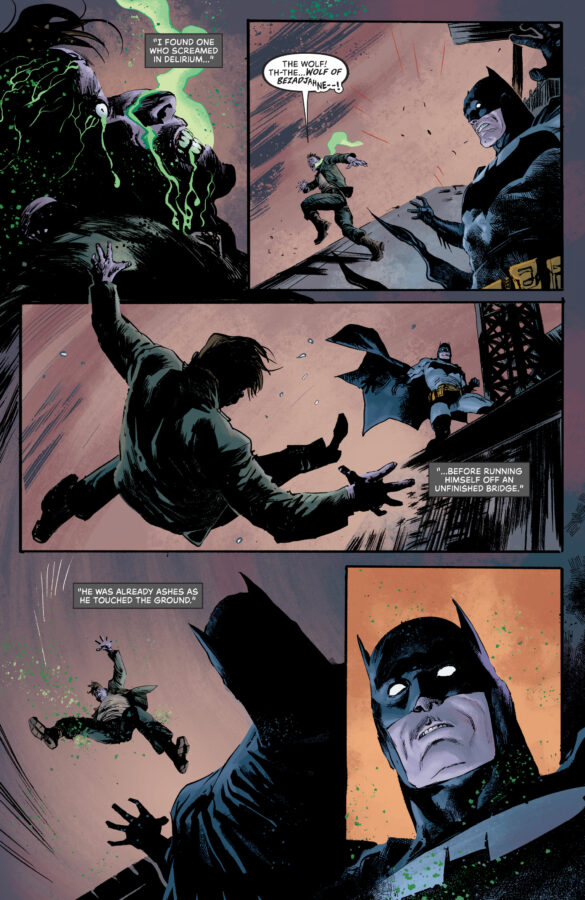 The way Gotham’s drawn in this story, so far, is like Victorian England; all street lights and fog, all of which really help to set the mood. Bruce Wayne walks into a bar in Gotham… no, this is not a joke. He wants to talk to an old friend, a now golden mask-wearing Harvey Dent. As I was reading these pages, I started thinking to myself when did Harvey Dent start wearing a Gold mask to cover his scarred side, and why does he look like the Phantom of the Opera? OH MY GOD! This is an opera, and that’s why he has that specific mask style. That was my exact train of thought. It may take me a second but I’ll find those hidden meanings.

Harvey and Bruce begin to converse about how Harvey used to run the Gotham underworld and Bruce used to own Gotham, they talk as if they’ve both fallen from grace, yet the way their lives have led to this, it feels more like progress. Sad, neither of them could see it.

We’re also serenaded by some villain backstory as these new shadowy rogues do have ties to Gotham, although I think we’re still a ways off from understanding their true power and its origins. The writing from Ram V is consistently intriguing in style, and I enjoyed the art as well. The dark colors and smokey drawing both give Gotham a very gothic feel, which I’m liking at the moment, but I don’t want Gotham to get too victorian spooky. This is a modern, semi-functioning city during the day, let’s not forget that.

So far I only have one slight issue with this storyline, the dark ominous villain who’s teased in both issues of this story so far. We’ve met them before and seen Batman fight them before., so we know it takes a lot more than Batman gritting his teeth and punching them to win. I don’t want to give anything away, but I really hope they address why this character is still around and what happened when last we met them. Let’s see if any of that happens in the third act.

This Story Takes Place… After. No, Wait… Before

I really hope the fact that there was a note on the first page of the second story saying that it takes place before Joker #15 means that the editorial staff at DC comics avidly read my witty, hilarious, yet loveable reviews. Although in trying to appease the grumpy little nerd they have led him to ask “How?” How can this story take place before the final issue of the Joker’s solo series? It does stress me out a bit as that issue was a lot of storytelling, flashbacks, and “Hrmn”‘s from Batman. 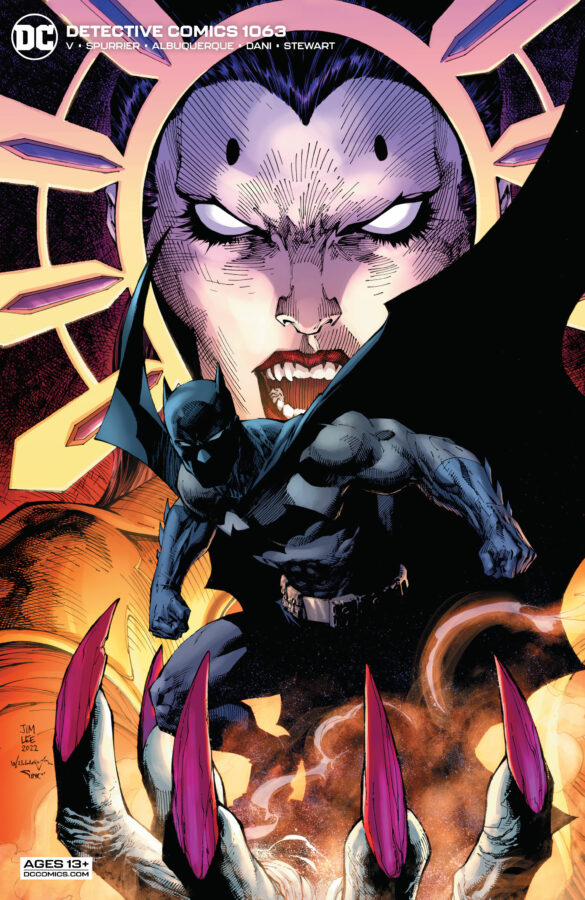 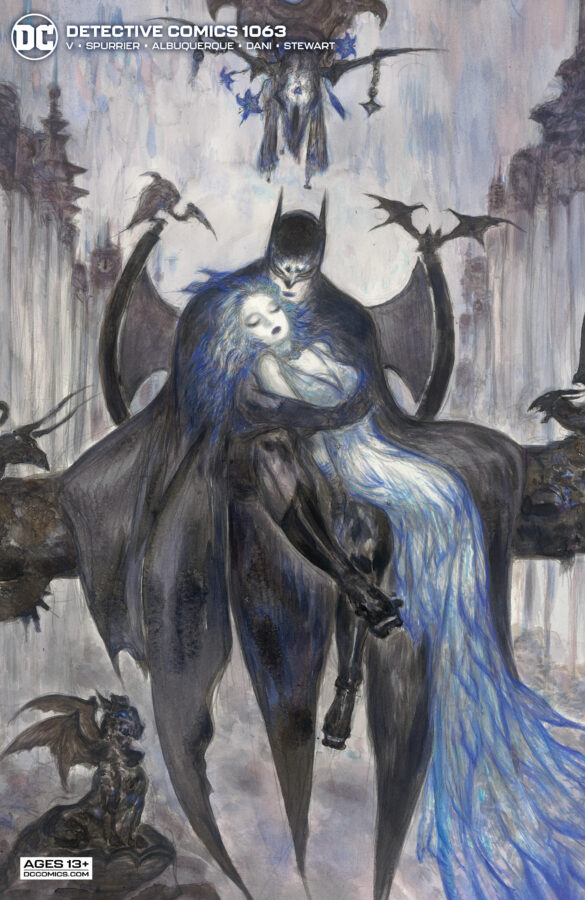 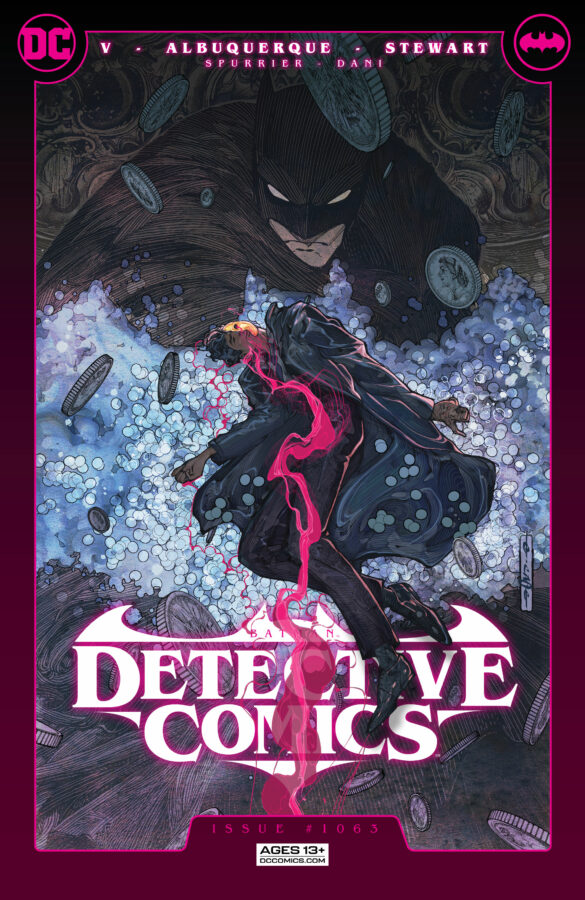 The fact that Gordon’s on this wild ride adventure with a feral boy and Bullock P.I. does raise more questions. This story isn’t my favorite. The art style is not my preference, and the way Gordon’s being written just doesn’t sit that well with me. I hope the final part of this story ties up ALL these loose ends and lets us know when we are, where we stand, and what the heck is going on. (DC Editorial staff, Jim Lee, Mr. Warner Brothers, when you read this please know I love you and just want some clarity. I’m still a huge fan).

Detective Comics #1063 sheds light on some things and drowns Gotham in new shadows, with a larger impending threat incoming it is going to make Batman accept help to defeat what’s to come. Now, beverages and snacks will be served down the aisles during this brief intermission.