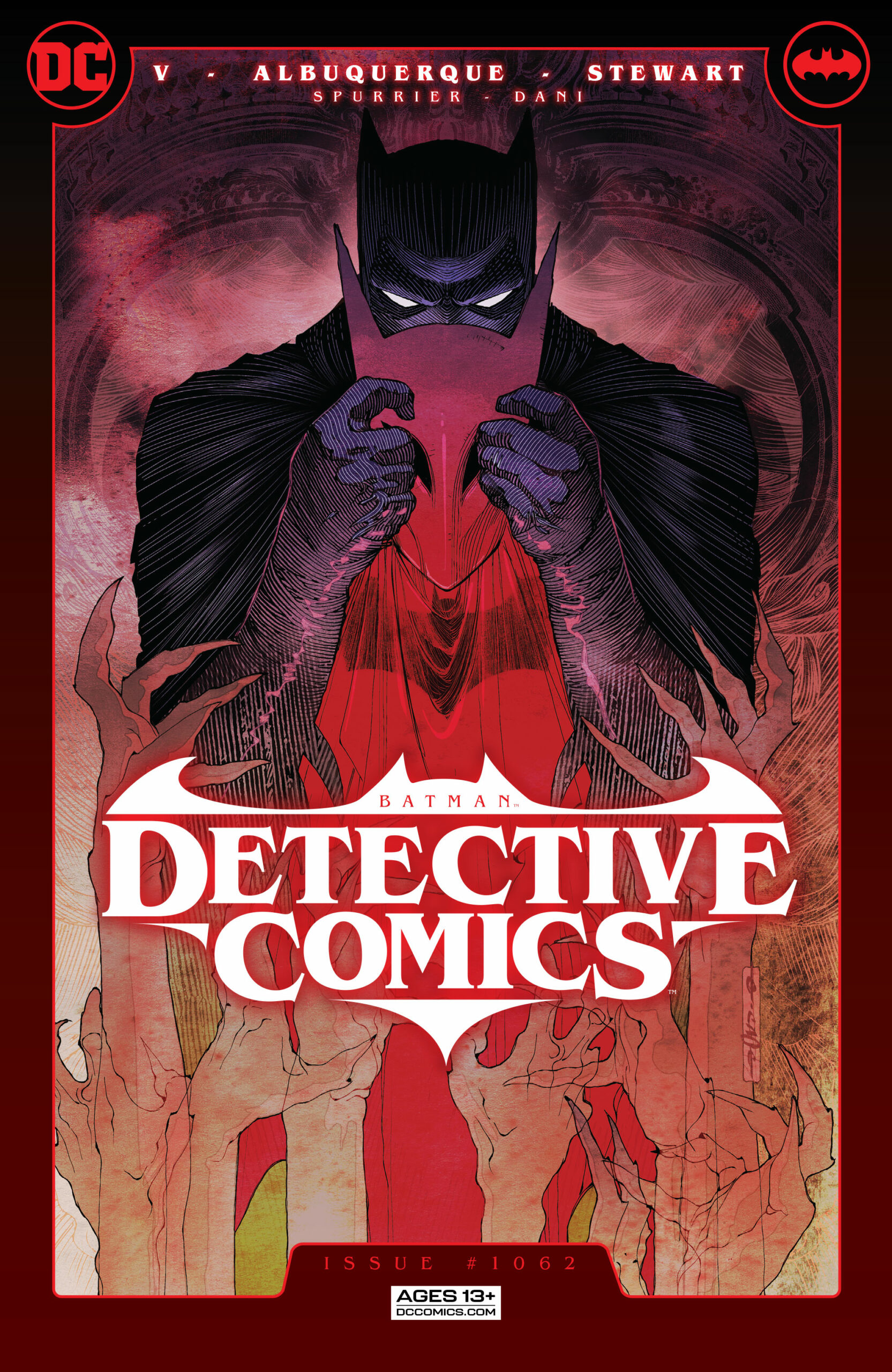 A new era is upon us and it pairs perfectly with candlelight and a glass of fine wine. Detective Comics #1062 is the opening act of a dark opera that immediately made me feel on edge. What’s happening to the Dark Knight? Who is this new threat?

A new creative team and a new direction for Detective Comics start here. This story immediately feels different from what came before. Sometimes, when there’s a change of creative teams on a book, the artist stays on or is phased out to ease readers into the change. Not this time! The feel, the darkness, the new gothic art, and turn of phrase… this is a dark story for a dark city. 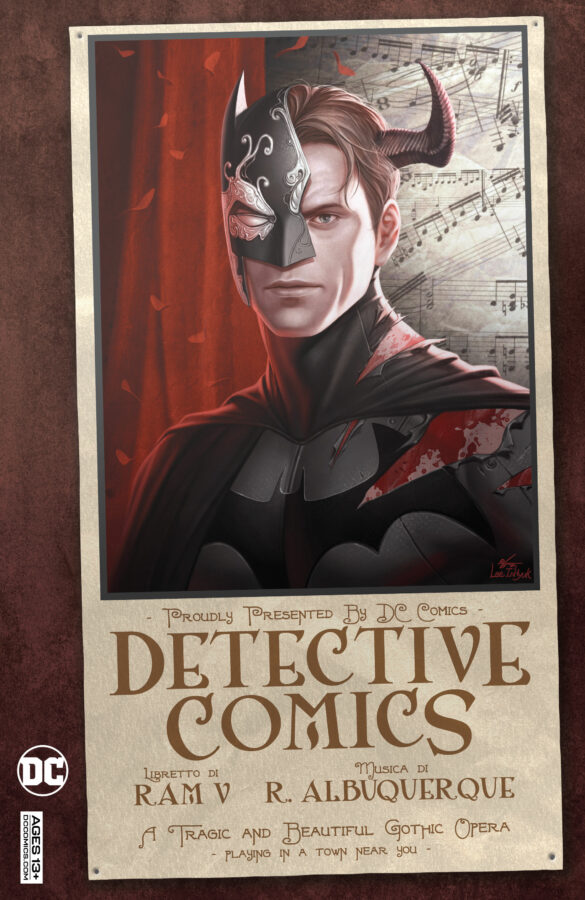 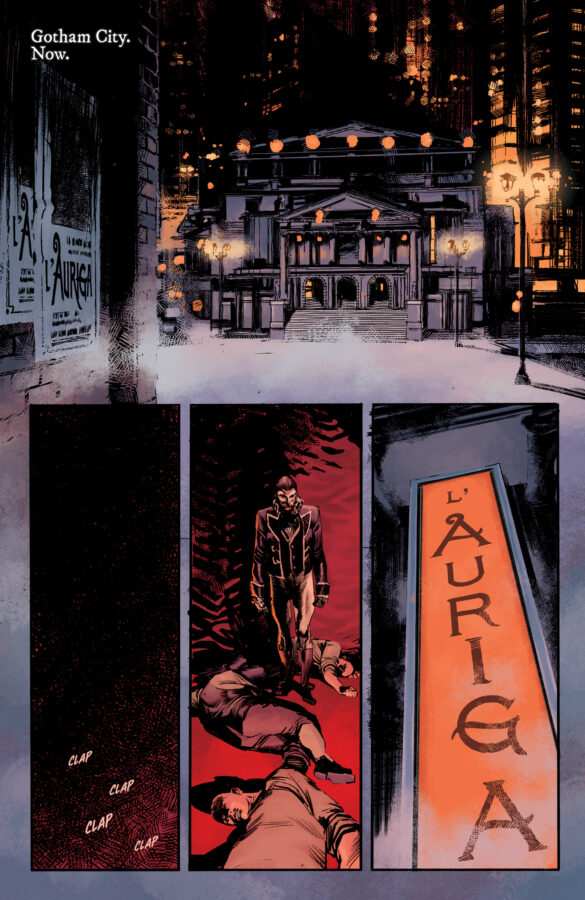 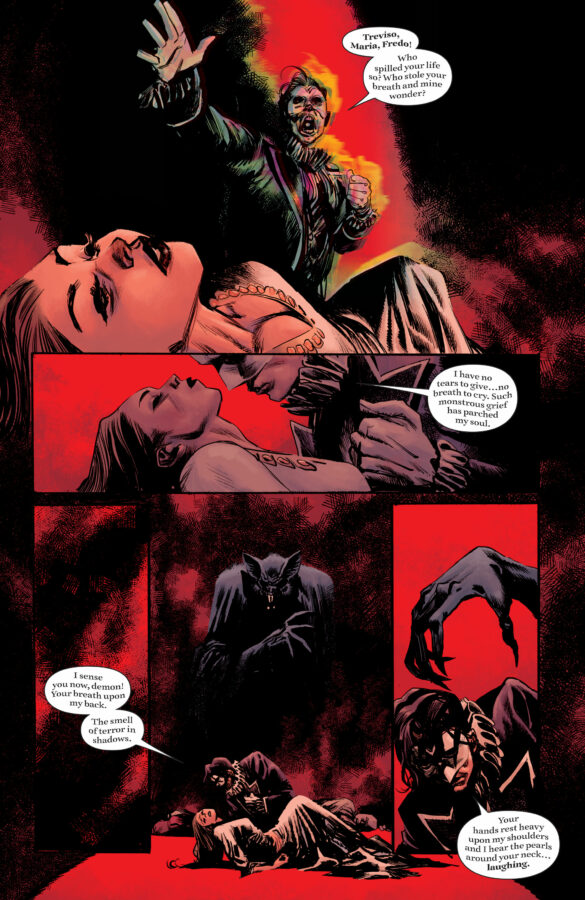 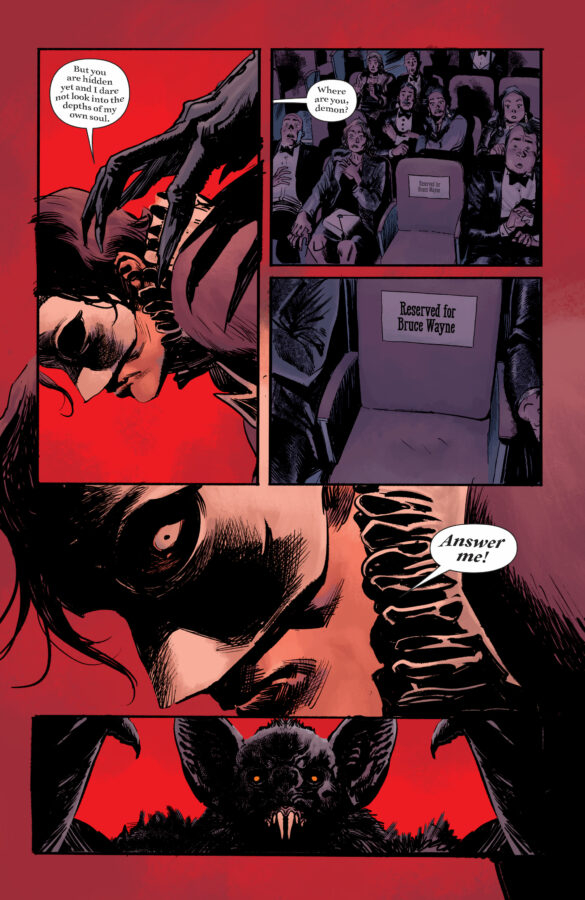 We begin with some scene setting; a performance, with monsters, actors, and masks. This is a deliberate attempt to intrigue and seduces us into this new story. Phantom of the Opera, eat your heart out. Once we finally get to the Dark Knight himself, we get an interesting bit of dialogue where Bruce is talking to himself. Usually, something like this would be done in narrative or over comms with another member of the Bat-family. I have to say it did feel a bit out of character. I’ll get over it.

We then see Batman fighting a bunch of goons who are smuggling a shipment into the docks. The story takes a twist when a member of the Maroni crime family appears, but he’s not what he seems. After a battle, some ominous words from Talia al Ghul, and a few father/son jibes from Nightwing, we’re given another theme of this story… is Batman getting old?

The new writing from Ram V was interesting and so different from that of Mariko Tamaki. That felt like a comic book, this felt like a Jack the Ripper Novel that was given pictures by a scary Victorian artist. Of course, I jest. The art was very dark and aesthetically pleasing.

The most important part of a new book, with a new story or new creative team, is a hook. If the first issue is boring then it won’t keep people’s attention. This issue was entertaining, mysterious, and thought-provoking (in a strict “I like Batman and want to protect him” sort of way) and has definitely got me on the hook for part two. I’m looking forward to seeing where this story takes us, and hope that it’s a journey fitting for the World’s Greatest Detective.

A character it really feels that DC is unsure what to do with is former Police Commissioner Jim Gordon. After an entire comic series inappropriately called The Joker dedicated to him and his “last case”, where he’s atoning for past sins… as well as every other reason he had to go galavanting around the world. That story ended with him back in Gotham, sleeping soundly, and looking forward to a bit of a private eye/Interpol/international man of mystery gig with Harvey Bullock. The Detective Comics #1062 backup story starts with him as a drunk old man with nothing to do. 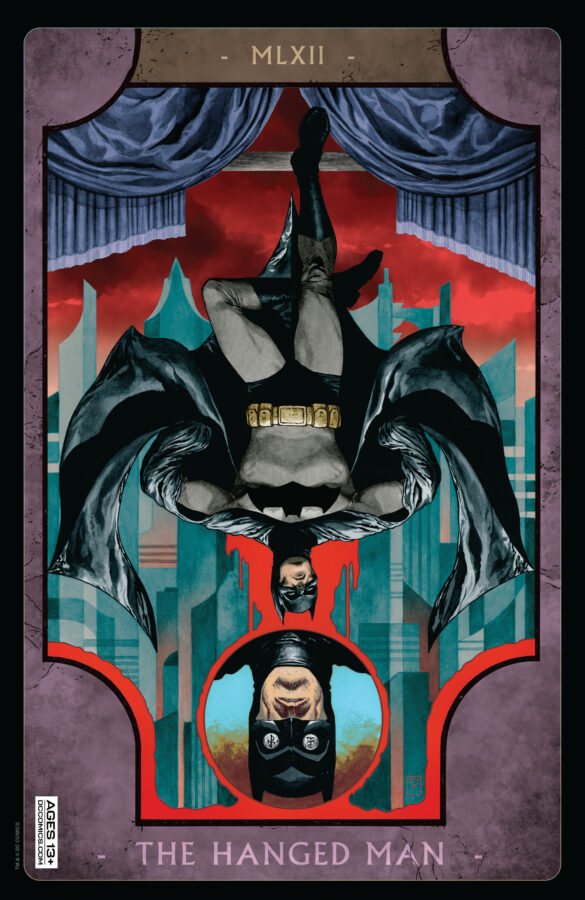 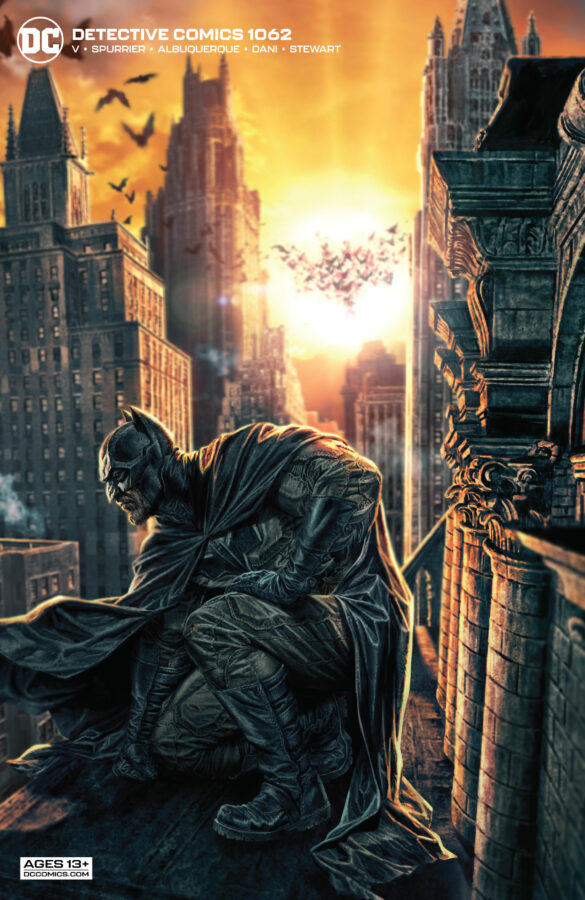 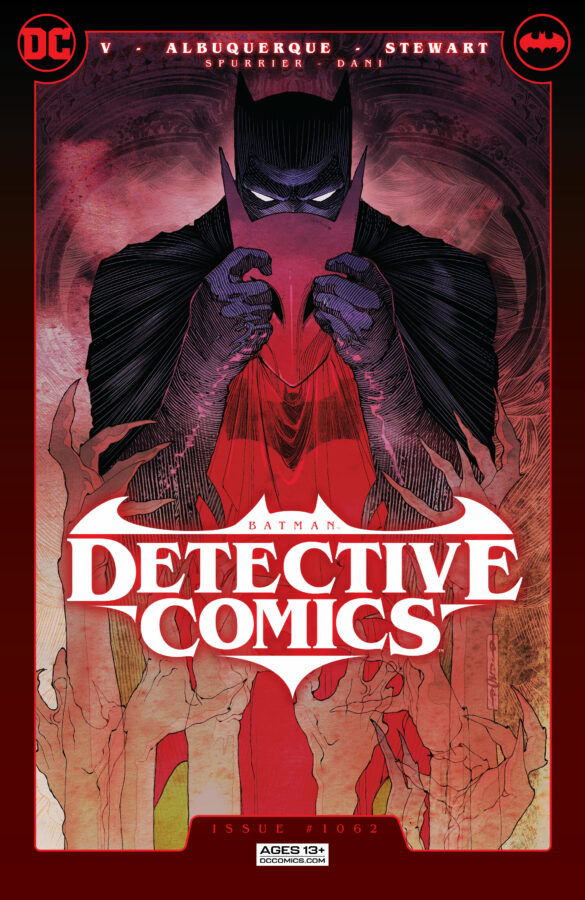 DC, if you read my reviews, please either kill Gordon in a blaze of glory or put him on the road to redemption. This feels a bit insulting to the character and a little bit hard to read for his many fans. This story was fine, taking a new broken, drunk Jim Gordon on another missing person case leading him to old haunts, but don’t start the story by telling us; here’s where Gordon’s been and here’s where he is now. We know, we read it, and this feels off. I’m not mad, just disappointed. Stay tuned, in case things change in part two of this three-part backup strip.

Detective Comics #1062 brings a brand new day (night?) for the caped crusader. This is a gothic opera that’s clearly taking us to places unknown. This opening chapter delivers a promising start for the new team and an issue our dark knight has not faced in a long time. Let’s hope that the curtain call’s as good as the prelude!