Kneel before no one!

Get ready for the highly anticipated Black Adam movie starring Dwayne Johnson with the breathtaking 1:3 scale statue from the talented designers at Prime 1 Studio. This Black Adam Champion Edition statue is a welcome addition to the Museum Masterline DC Theatrical Series. Its crackling with all the raw emotion and brutal power of Shazam’s fallen avatar with the added bonus of Dwayne Johnson’s blockbuster charisma. Let’s get the official pitch from Sideshow:

After 5,000 years, Teth-Adam has been awakened to a very different world. While many things might be unfamiliar to him, he will always know the stench of evil and injustice! Empowered by ancient Egyptian gods, Black Adam is unstoppable. 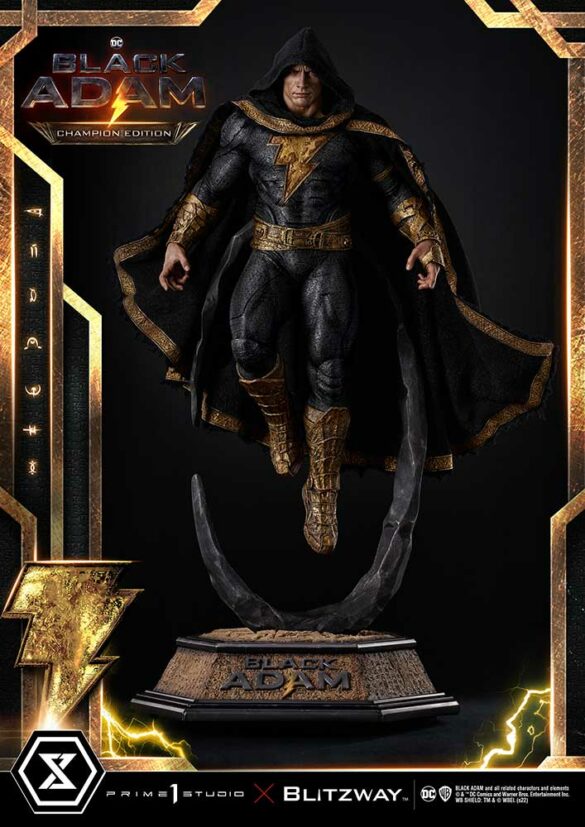 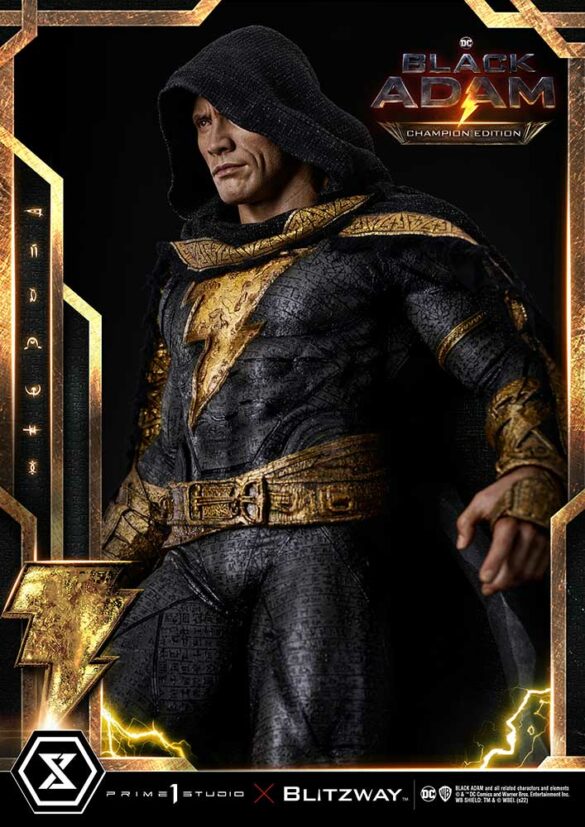 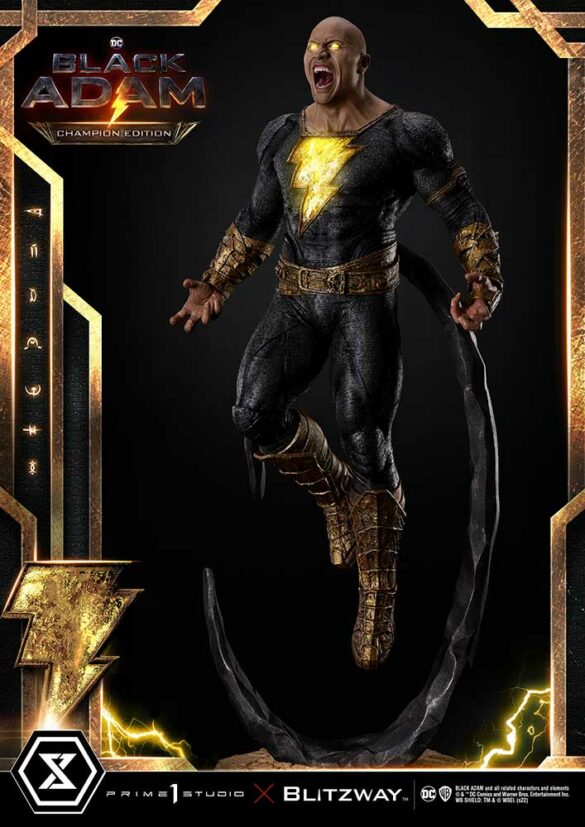 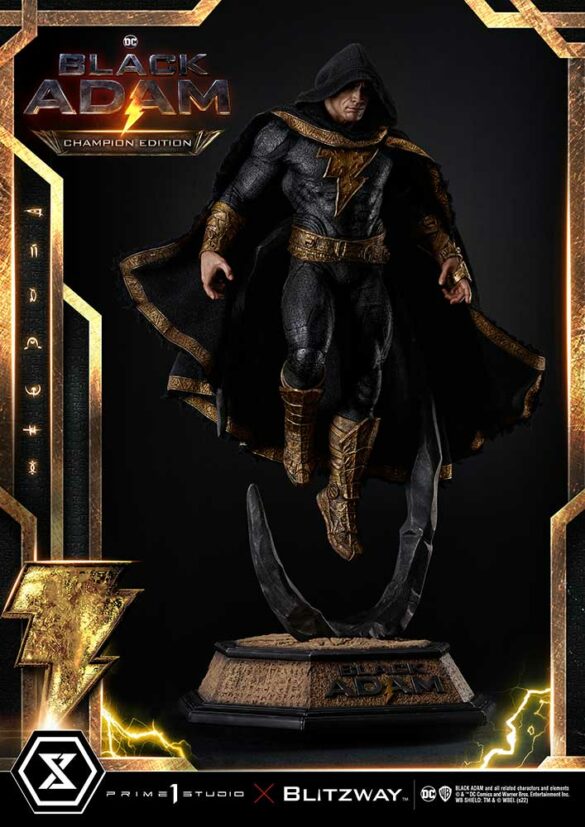 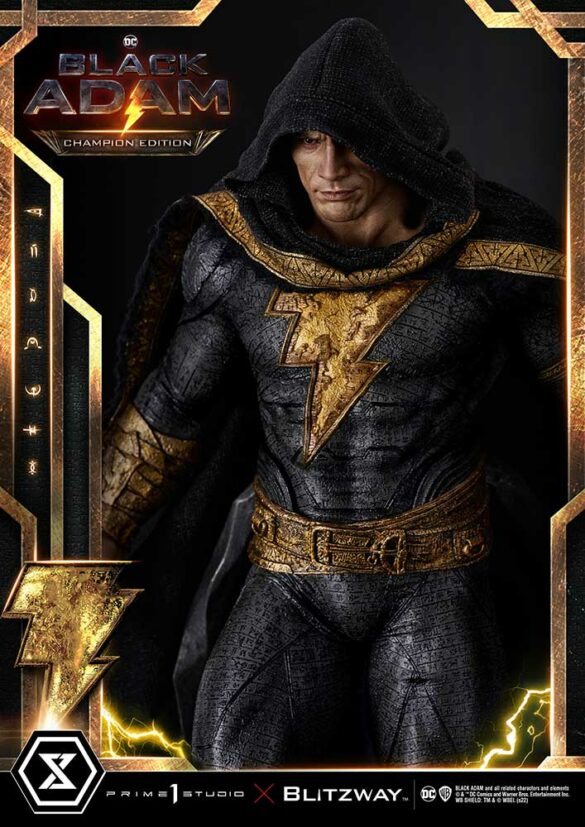 While not an outright hero, Black Adam is an antihero out to punish those who have evil in their heart. The Black Adam Champion Edition portrays Black Adam in the enlightened and powerful visage of his enormous bulk, deadly serious stare, and golden armor…signifying that he is determined to mete out punishment to those who deserve it, though they may not deserve death.

At a breathtaking 37.8 inches tall and enrobed in his removable fabric cape, Black Adam floats above his Kahndaq-themed base, with the Black Adam film logo emblazoned front and center. Black Adam comes with two (2) swappable heads portraying a serious tone, and a deafening scream. His eyes and chest symbol light up with the power of LED illumination to showcase the power of Shazam!

This film and statue have both been long in the making…but now, they are both ready for you! Pre-Order the MMBA-01 Black Adam Champion Edition today and hold the power of Shazam! in your hands before they run out!