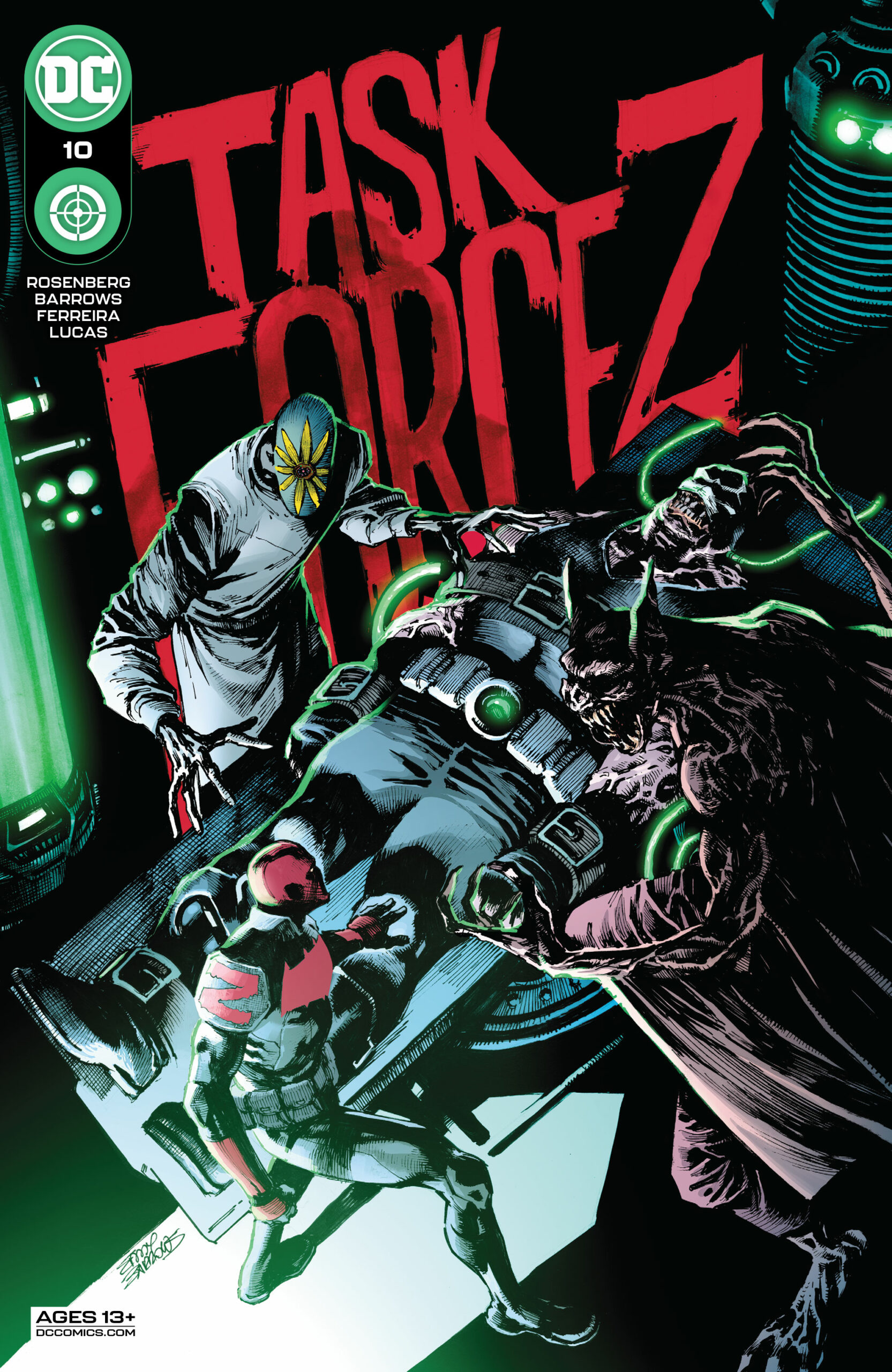 Well Task Force Z #10 had me on the ropes. This issue had some concepts that pushed the boundaries of my suspension of disbelief… he says ten issues into a story about a team of undead supervillains.

Past is Present is Past

So, this week we’re given a lot of backstory and flashbacks. This isn’t uncommon, as when we jumped into this story a lot of these operations were up and running and we’re given a bit more on Amanda Waller’s involvement early on. Seeing her smell that Mr. Bloom was a rat from the start, but we all know Amanda; she’s anything if not a risk taker. Not to mention her being accompanied by the ever-popular, as of last year, Peacemaker. He’s just popping up in everything these days. A mad character… a lot madder than most think. Well, it wouldn’t be a Task Force without Waller with a Criminal in her corner. 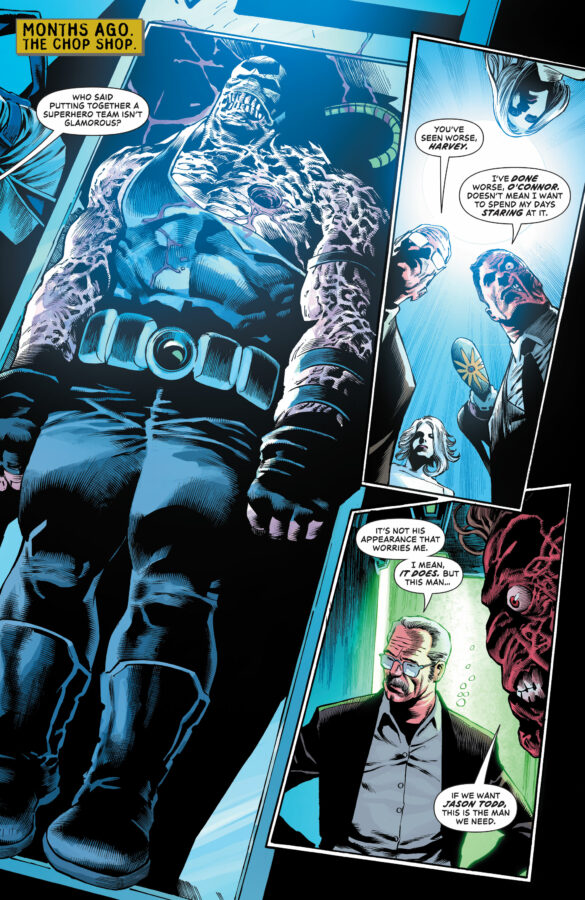 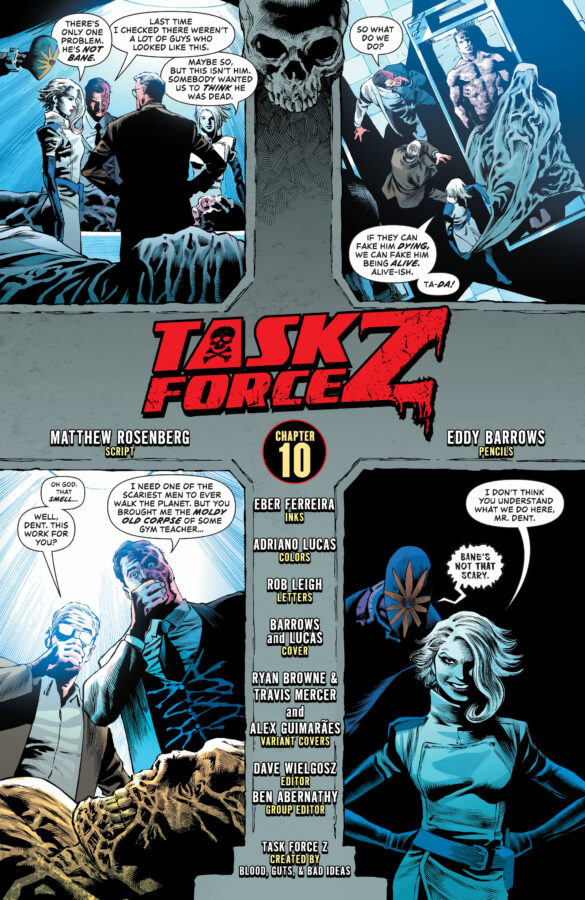 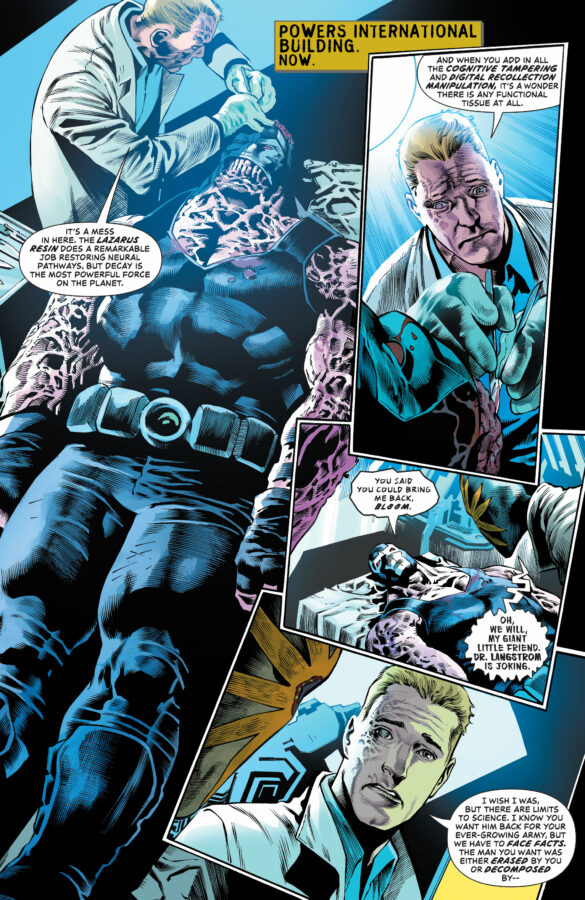 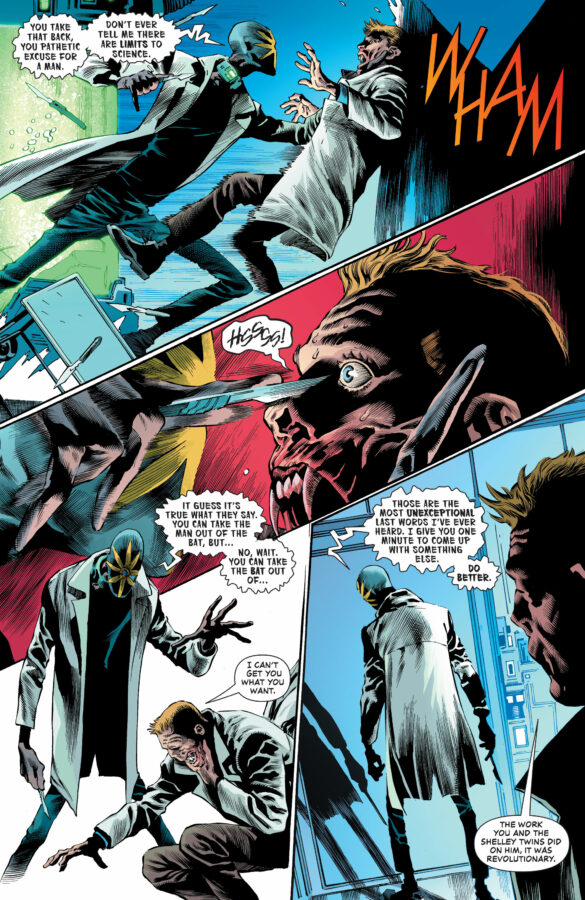 We also see that this story’s acknowledging what we learned in the final few issues of the recent Joker series. Bane did not die on A-day. So, who’s this lumbering monster running around with the team? How did he know about Alfred? There are too many questions, which definitely had me a bit worried about if this was the plan all along, or if small story details trickle down the DC corporate vine. Either way, who the Bane is that’s been on the team all along is a big part of this issue and the final page stinger will deffo bring readers back for the next issue!

Dead People Dying All Over The Place

With the revolving door of resurrection in this book, one thing I would like to compliment is the way the art paints such grizzly pictures of all of the people who have been resurrected many times. The gruesome faces, scars, and wounds really give off an unsettling feeling. When you look at a character drawn on the slab, you can just feel a stink coming off that soon-to-be-reanimated corpse. That’s great art! Well done guys.

In terms of the writing in this issue… this was the first time, in the ten months that I’ve been reviewing this title, when I paused after a few bits of the story were revealed and I said to myself. “Aliens? Fine. Zombies? Fine. Resurrection? OK. Superheroes and villains? Sure. Dogs and Cats living together… end-of-the-world type stuff? No problem. What I just read, however? No… I don’t think that is possible, and if it is I need to be talked through how. 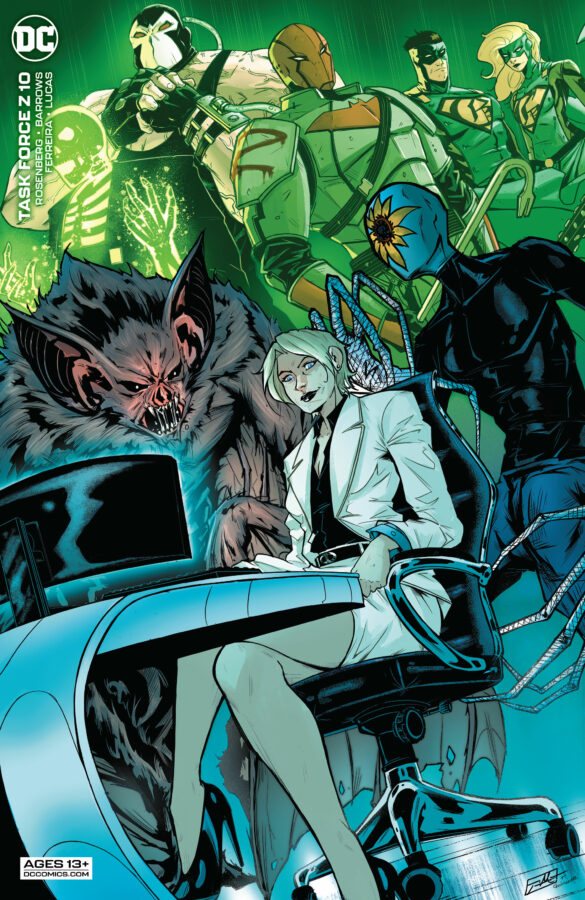 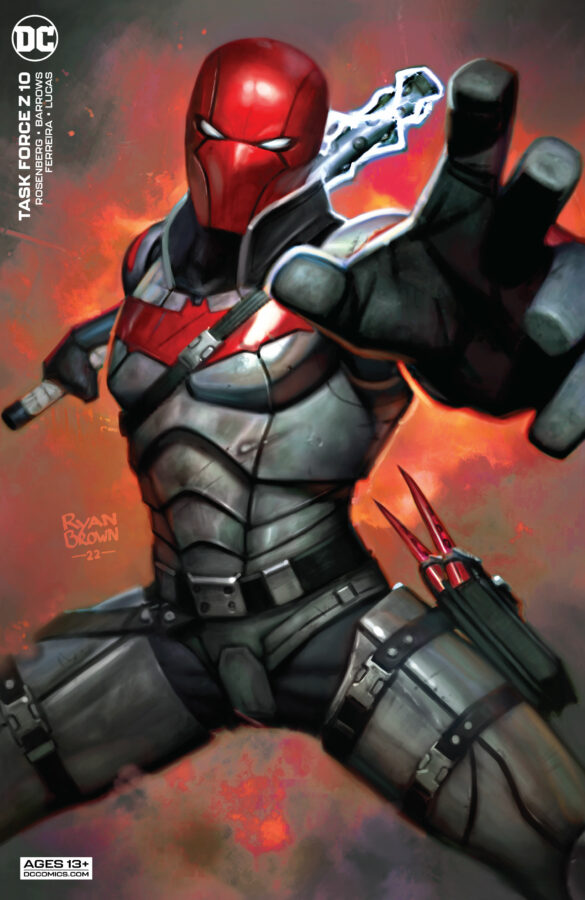 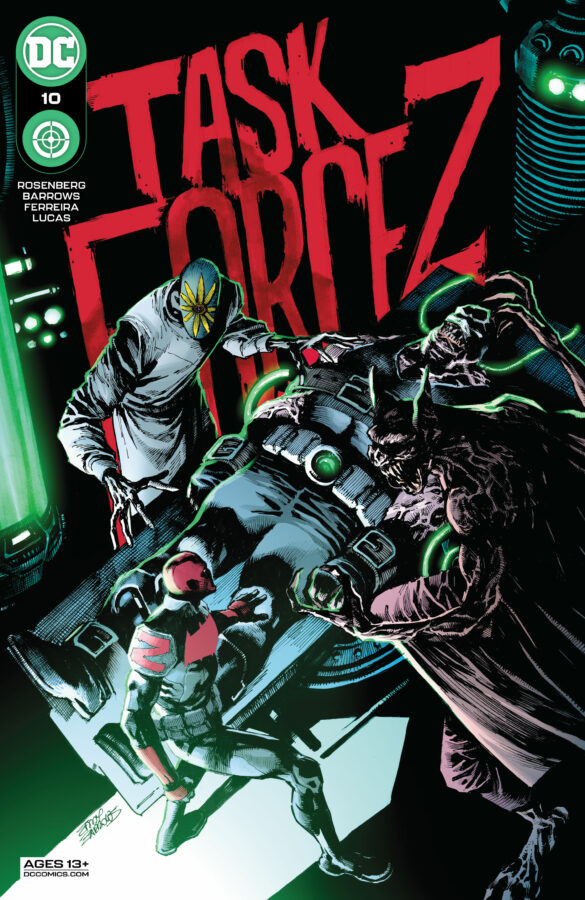 I know what you might be saying, in a 22-page comic I had time to have a rant like that, quote Ghostbusters, and still come out praising the book. Yes, review reader. I did. The story kept me guessing, kept things interesting, and hasn’t yet fallen into the same thing every issue rut. I’m very pleased about that. I hope that this series gets to tell its full story and that the investment of time and popular movie references is not wasted.

Task Force Z #10 has something to please everyone. Fans of other Batman author/s, popular DC films, and TV, DC comics – for keeping to the roller coaster of continuity – and, finally, the big unseen shadowy figure who owns DC, Warner Bros, and HBO, who’s rubbing their hands together because this book is relevant to fans of multiple platforms. Yes, the comic was fun and well worth the read.