The Batman: One Bad Day series of Prestige Format, one-shot comics is getting a lot of press. Now, DC comics has given us a larger preview of the debut issue, starring Edward Nigma, AKA The Riddler. This story, entitled “Dreadful Reins” is by the dream team of Tom King and Mitch Gerads.

It all starts in August with Batman: One Bad Day: The Riddler, from the Eisner Award-winning team of writer Tom King and artist Mitch Gerads, diving deep into the mind of Batman’s most intellectual foe.

The Riddler has killed a man in broad daylight with no explanation or apparent motive, but… there’s always a reason. The Riddler is always playing a game, and there are always rules. Batman will reach his wits’ end trying to figure out the Riddler’s true motivation in this epic psychological thriller; this new 64-page OGN is not to be missed! 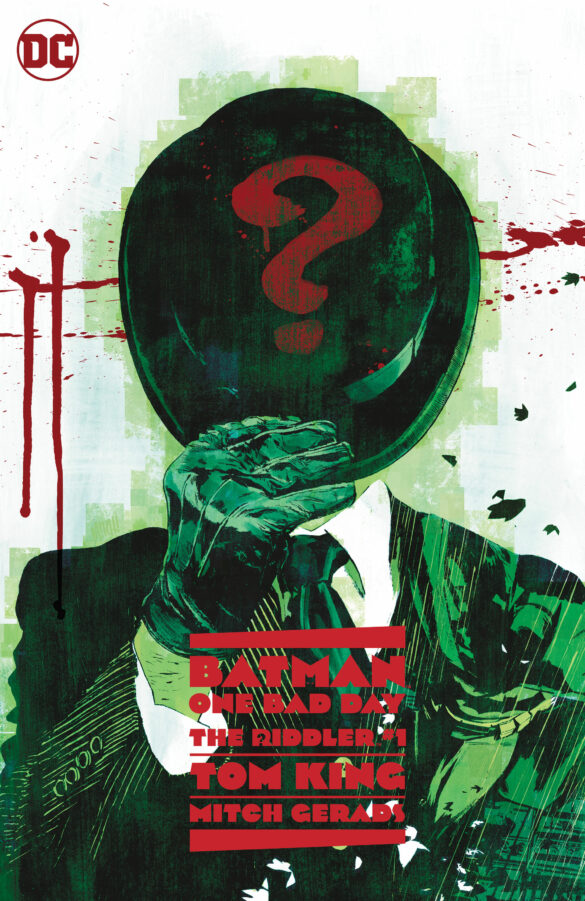 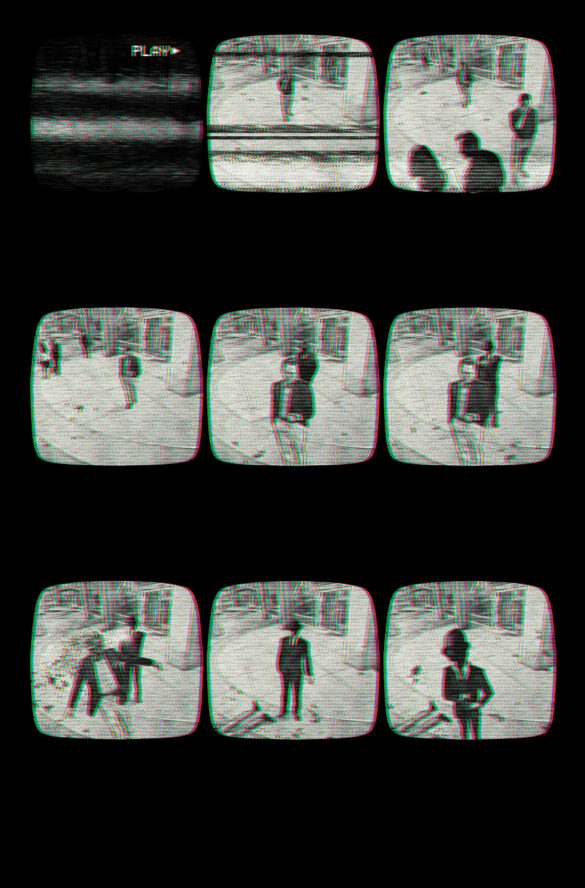 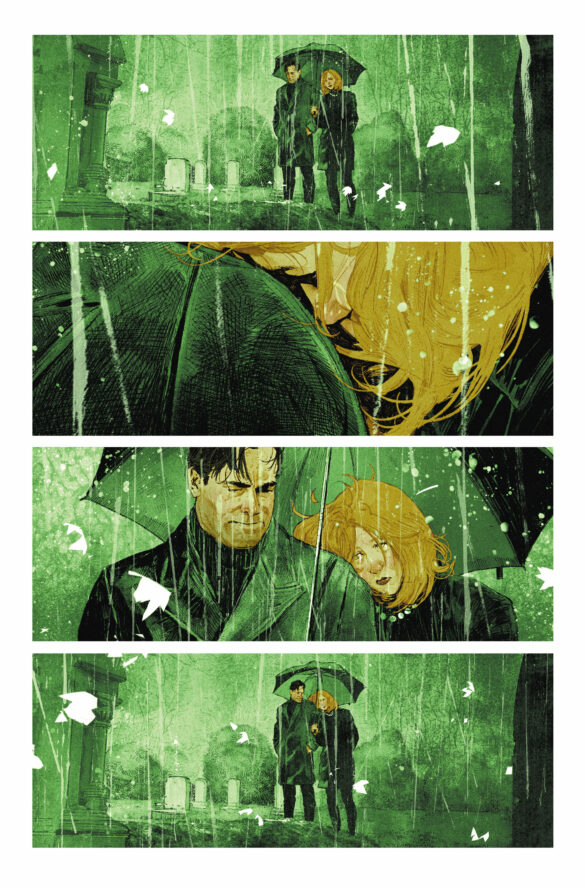 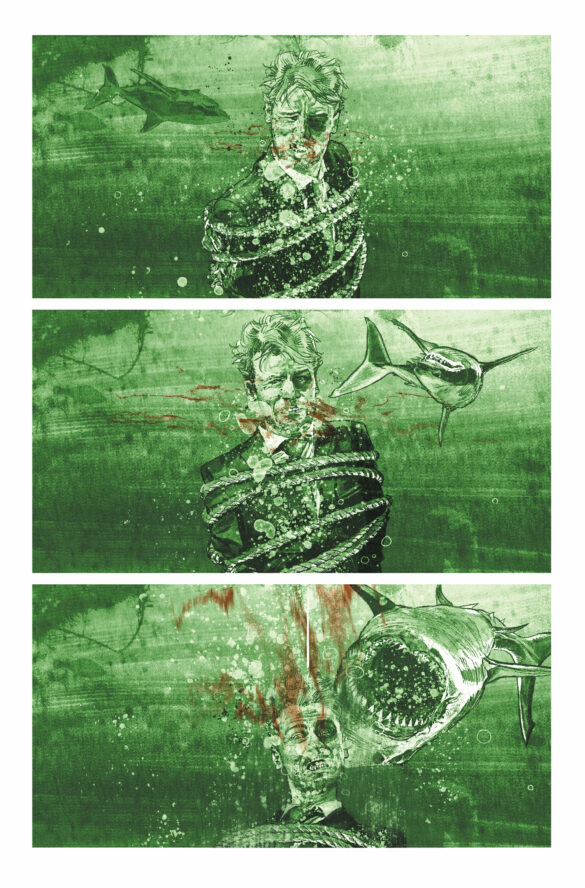 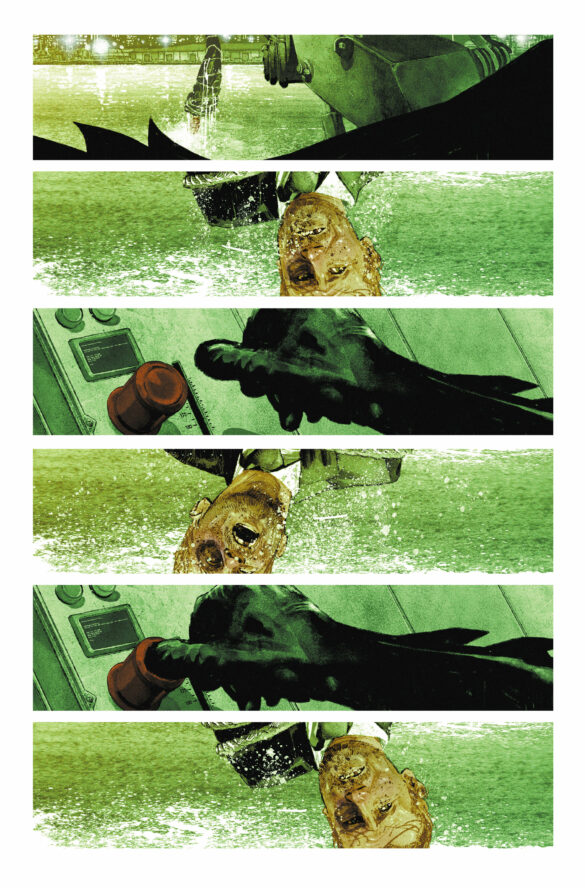 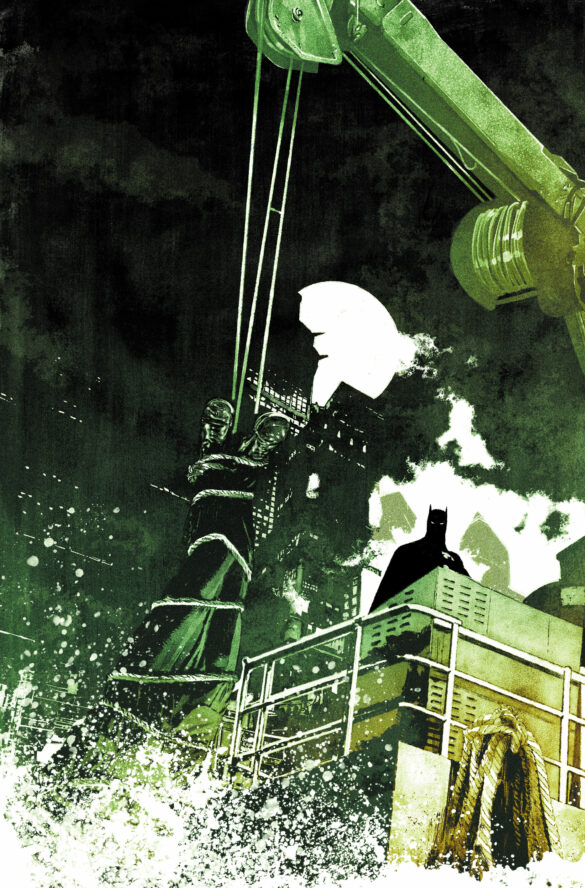 This is exactly everything I’ve ever wanted to do, since I knew I could ever touch these characters. I went back to the roots of everyone involved, of Riddler, Batman, Gordon, everyone that I wanted to use in the book.

It felt like the stakes were very high in terms of what we were doing, and the potential for what we could do. It was a super fun challenge.

Batman: One Bad Day: The Riddler “Dreadful Reins”, by Tom King, Mitch Gerads and Clayton Cowles will publish on Tuesday, August 16 , with a Final Order Cutoff date of Sunday, July 17.

Will this issue be on your pull-list? Let us know.