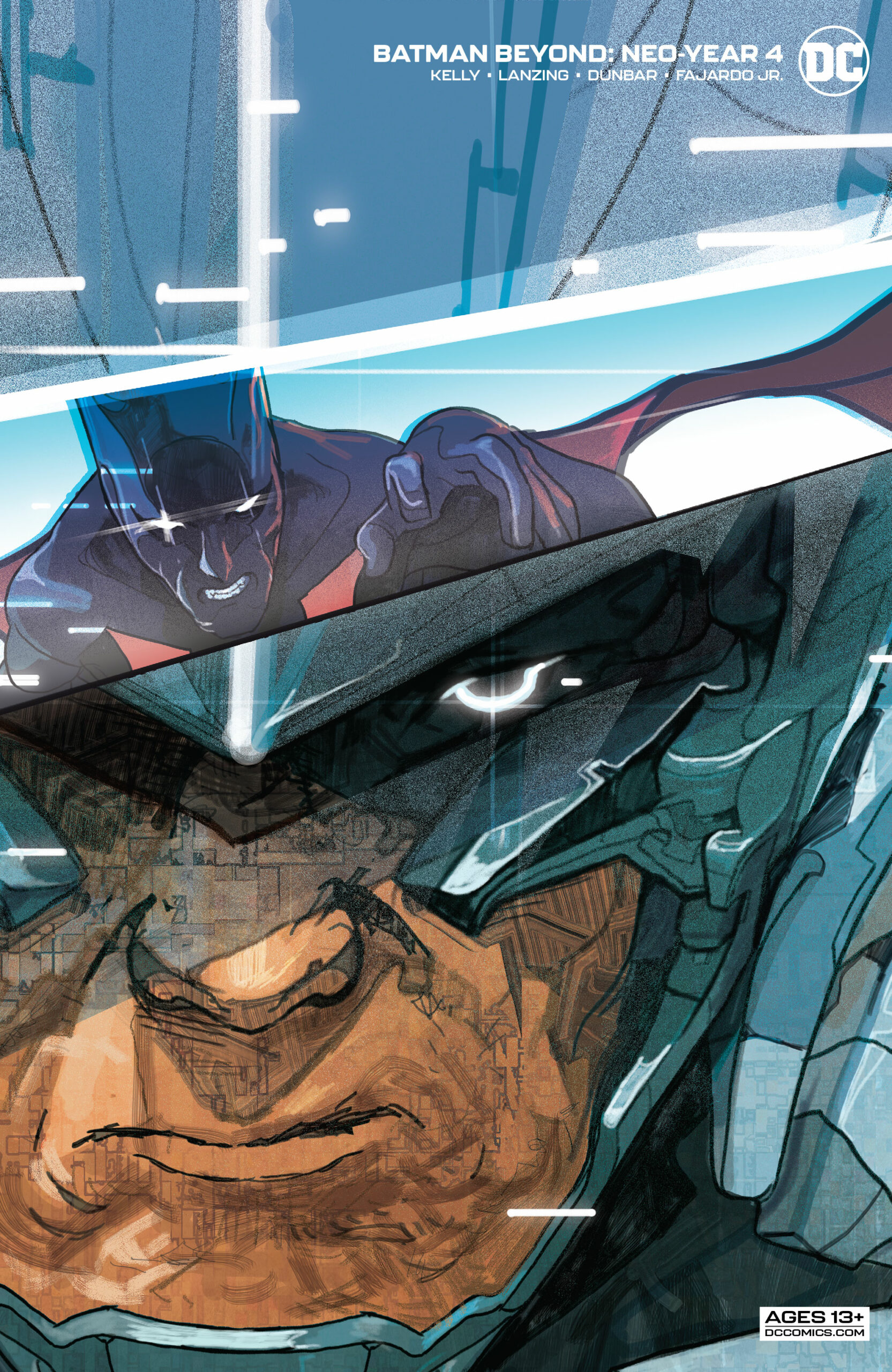 I credit the success of an issue in two ways: how satisfying it is to read, in the moment, and how much it progresses the ongoing narrative. Batman Beyond: Neo Year #4 both perfectly gives us a look into Terry’s internal thought process and discussion with Bruce Wayne, much in the same way we’ve seen throughout the title, which perfectly sums up his next course of action. At the same time, we get an adrenalin-fuelled, rooftop fight across futuristic Gotham.

The contemplative narration we’ve been getting throughout this title has been incredibly consistent thanks to the efforts of Kelly and Lanzing. We get a deep look into how far Terry has come as a crime fighter. 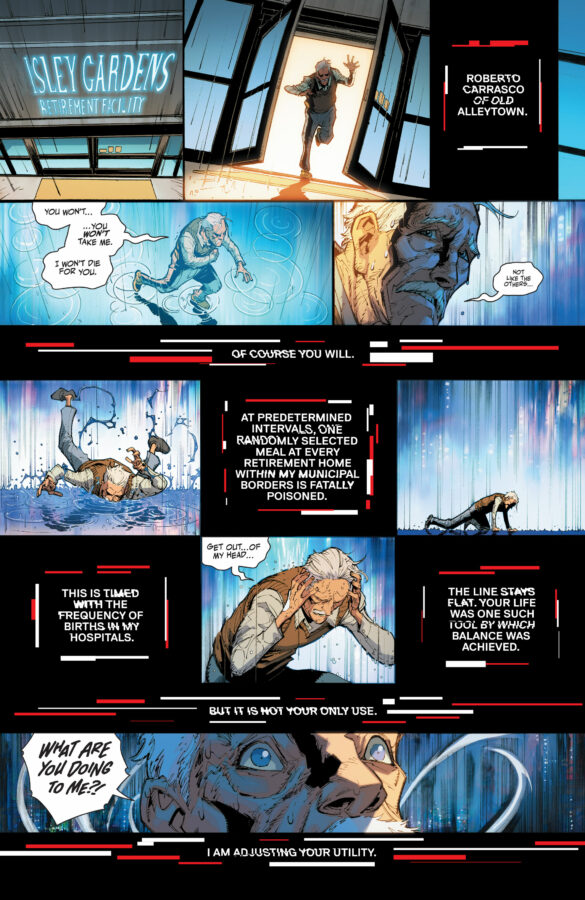 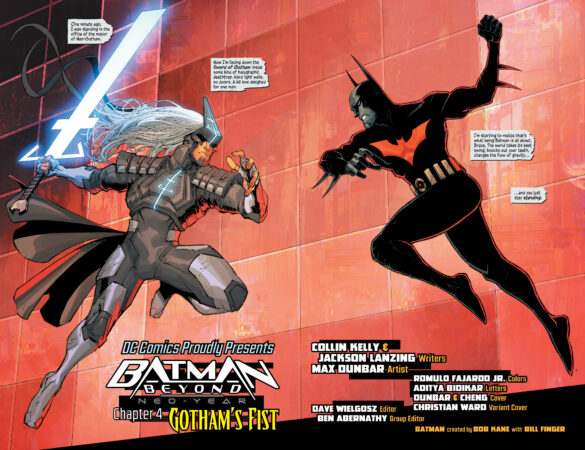 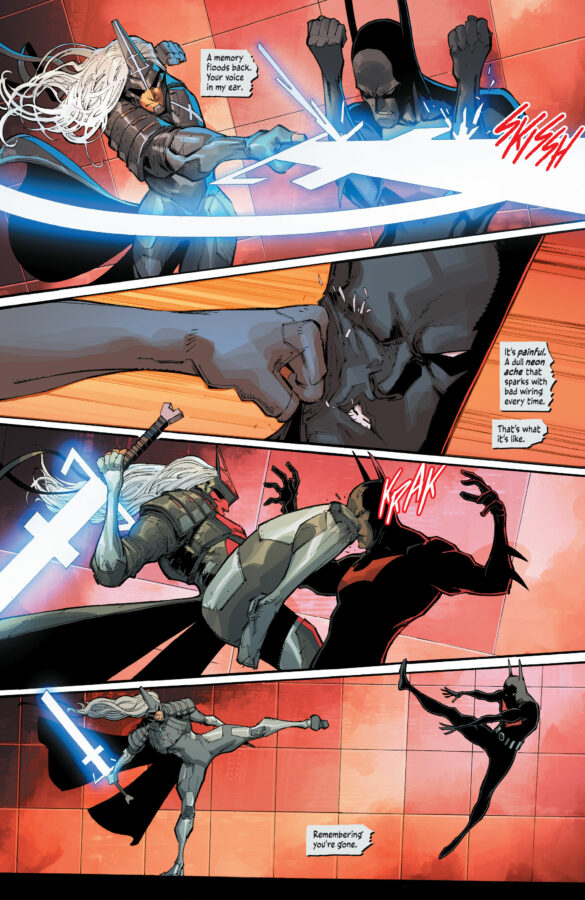 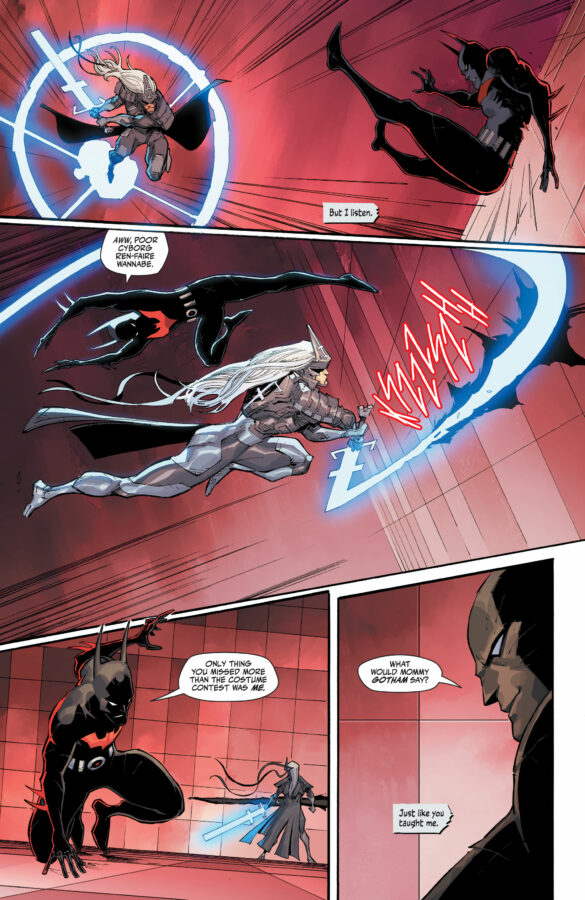 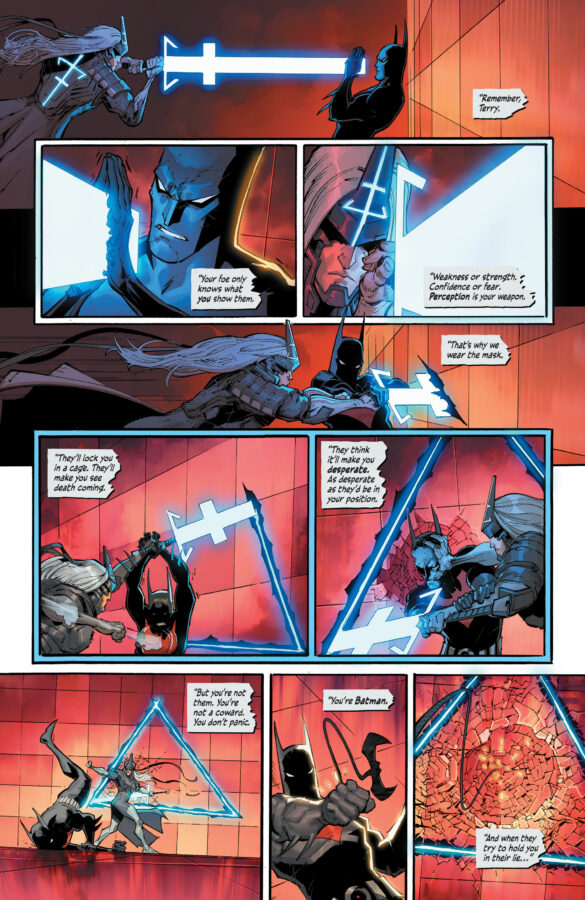 By aligning how he thinks, or rather how he believes Bruce Wayne would think, he’s acting in a calm and direct manner that gets good and heroic results. Fans of the original animated series are rewarded with the feeling that a lot has changed for the character in the intervening years since the show ended.

The action is incredible in Batman Beyond: Neo Year #4, as it consistently dominates the issue. Cleverly, though, we also get a fair balance of narration that undercuts the seriousness of the clash. It’s like playing beautiful classical music during a tense fight. We get a battle that lasts nearly the entire issue, but it advances the wider storyline and shows us how Batman and the new villainous force think. It’s action with intent, which is just great writing. 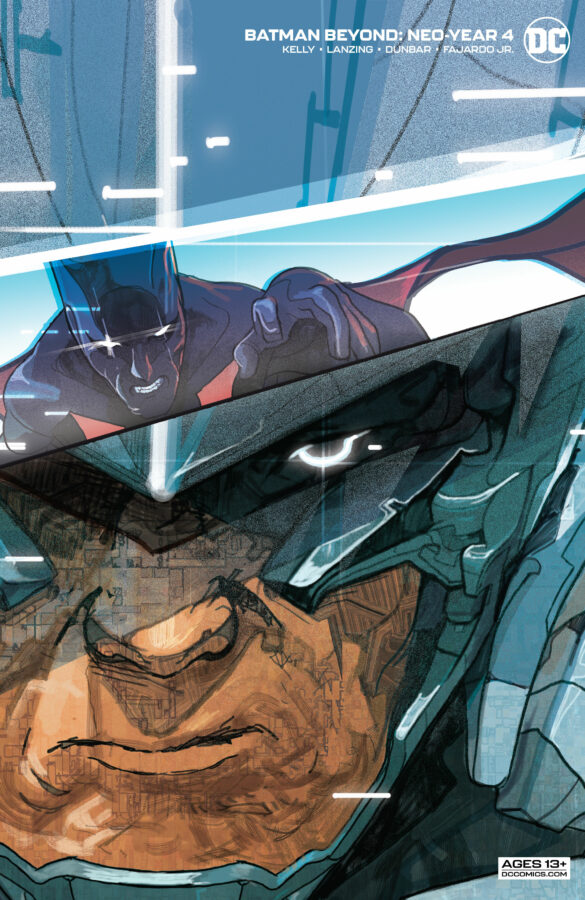 The antagonist has been unpacked a little more and is putting the squeeze on Batman. With Bruce gone, he may yet believe what it has to say about a Dark Knight who’s no longer needed, or even welcome, in Neo Gotham. In any case, Batman Beyond: Neo Year has brought action and drama to a title that ought to be getting more attention.