The Villains Lair is an exact toy replica of the United Underworld’s secret hideout, as depicted in the Adam West-led Batman film. The United Underworld featured the Joker, the Riddler, the Penguin, and Catwoman teaming up to take over the world! If you’ve seen the film, then you know their diabolical schemes involve dehydration and a very long-lasting bomb.

McFarlane Toys and the Little Details

The villain’s lair toy has an amazing amount of detail. Notice how it even copies each individual villain’s personalized shelves. You can spy on the left side a safe of “Cat food”. We can also see on the right side of the set, a shelf of “jokes”, “penguin food”, and “riddles??”. Presumably, the Riddler knows he has riddles and isn’t confused by what’s in his books. 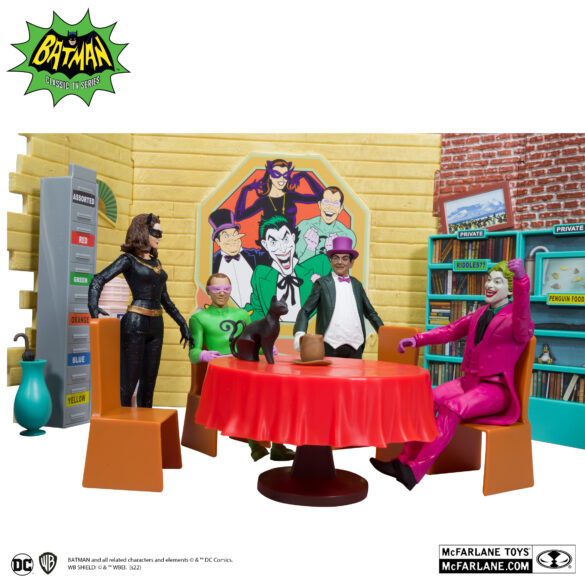 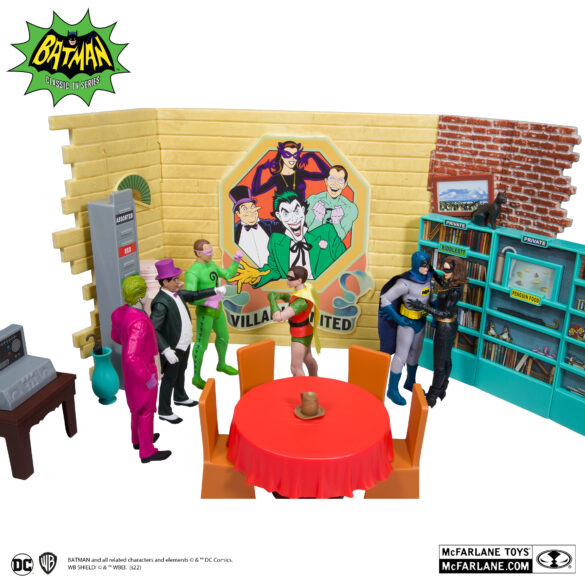 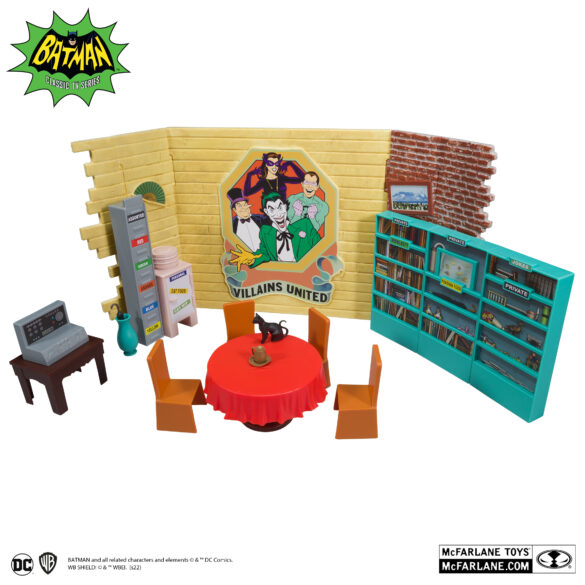 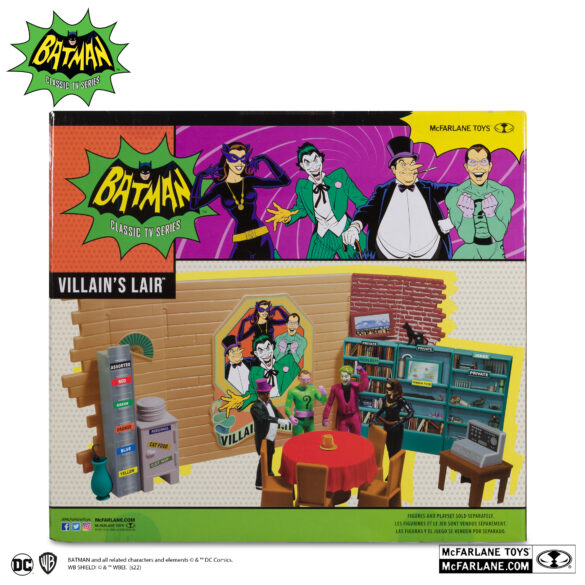 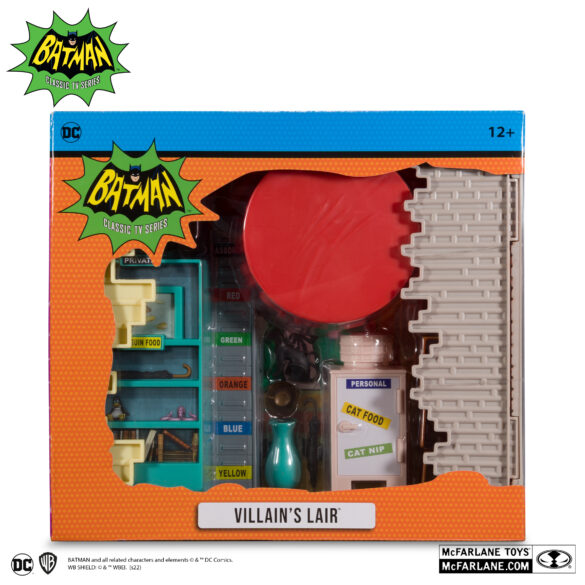 There’s one major deviation that McFarlane Toys made with their toy diorama that’s different than the actual movie set. They replaced the octopus logo of the “United Underworld” with a new one that features the Joker, Penguin, Riddler, and Catwoman. It’s unclear why they did that, but perhaps McFarlane Toys wanted to brand the Villain’s Lair with Batman characters to avoid any confusion on who’s lair it’s supposed to be.

The whole set comes with a conference table and chairs too. All the other McFarlane Toys DC Retro figures’ scale will fit the play set. The cost is a surprisingly-reasonable $29.99. While it’s not yet available for purchase, you can pre-order it here.

Unfortunately, the set does not include the figures. The release date will be in late 2022.