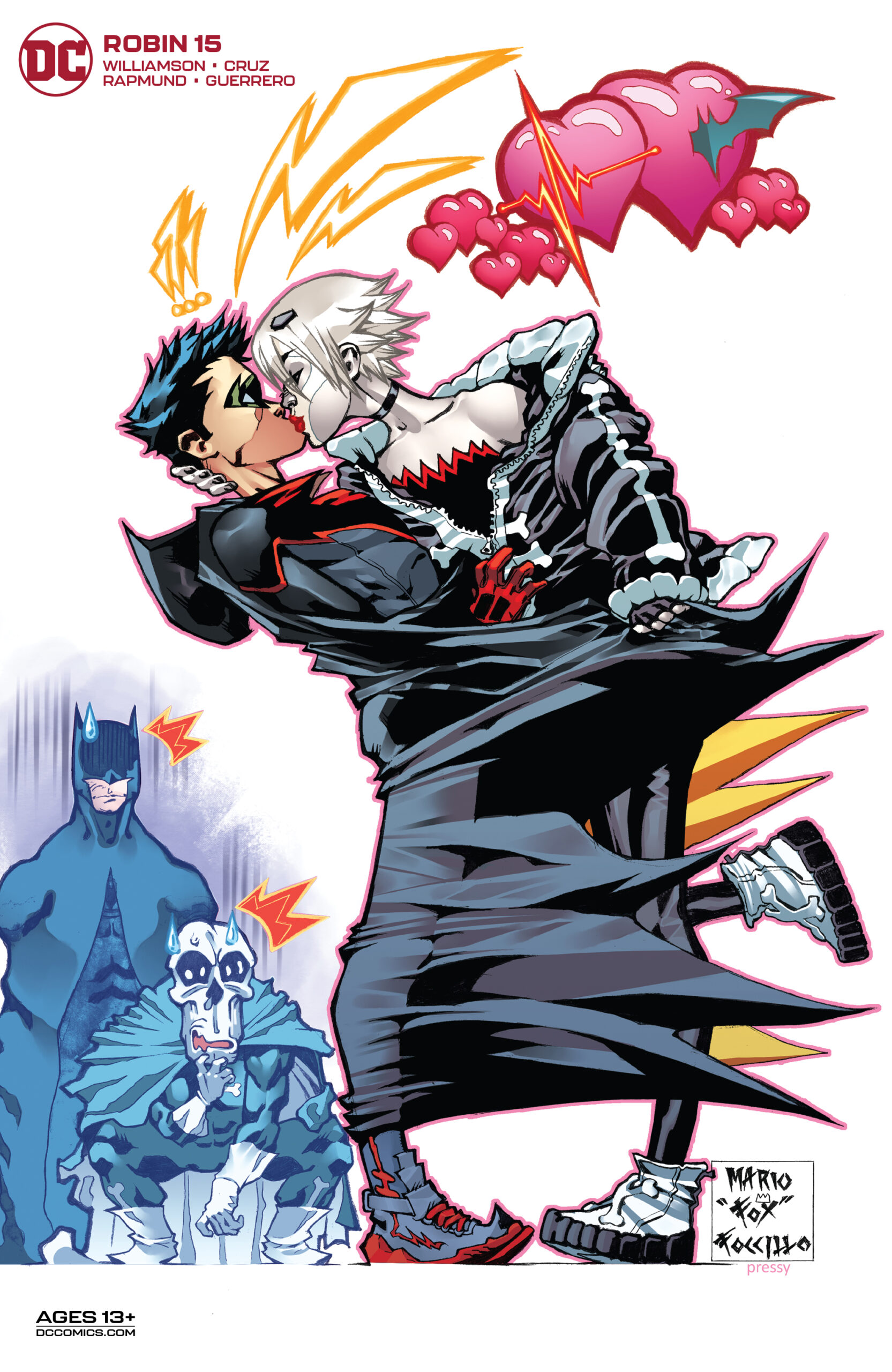 It’s Robin #15, and now that the “Shadow War” event is over we can examine the fallout. Damian has been through so much with the last 14 issues, so I’m impressed that there’s still more story left to tell!

Of course, there might be a riot in the streets if there wasn’t, I would possibly even start it myself. 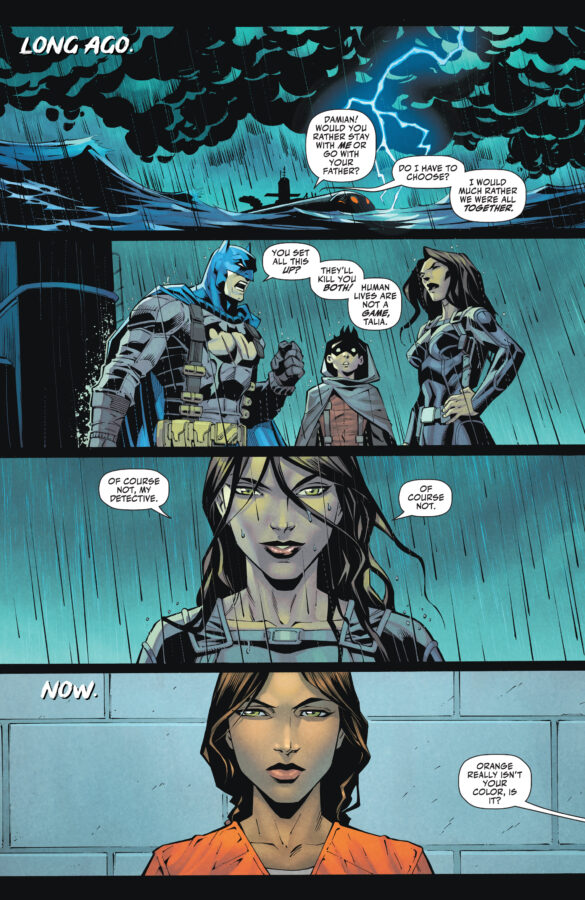 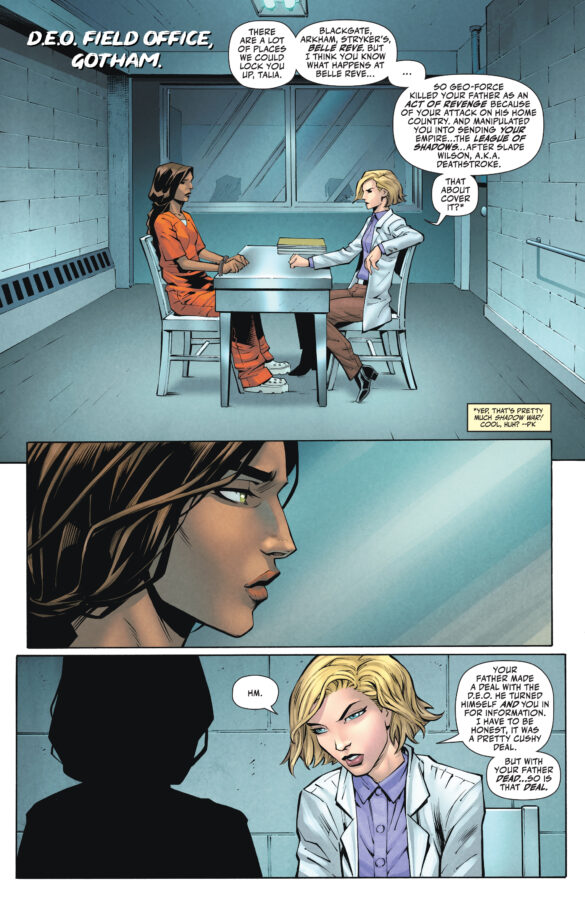 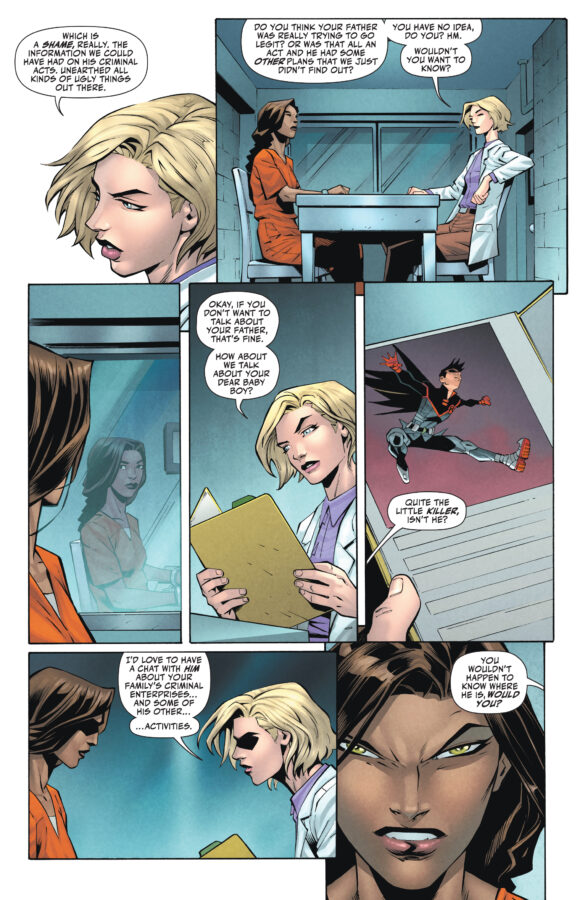 We all know not everyone in the Batfam gets along, but my, my. Joshua Williamson has put Damian in a situation where he may need ever MORE therapy. The Batfam kids, all of them, already do, but as of late Damian especially could use a therapist. I personally think Joshua should pay for it, after having put Robin through so much.

Parental figures are hard to come by when you’re a superhero, most of whom seem to lose one or both parents at a young age. Damian seems to be the exception to the rule. On the other hand, he can only be near one parent at a time, lest world war 3 start. This is very evident in this issue. I’ve always felt like Damian had such a raw deal, especially now, after losing his grandfather, Ra’s Al Ghul, someone who played a massive role in raising him. Williamson does an amazing job of balancing Damian’s “bratty, know-it-all” persona and the “I had to grow up way too quickly, and actually know too much” part. 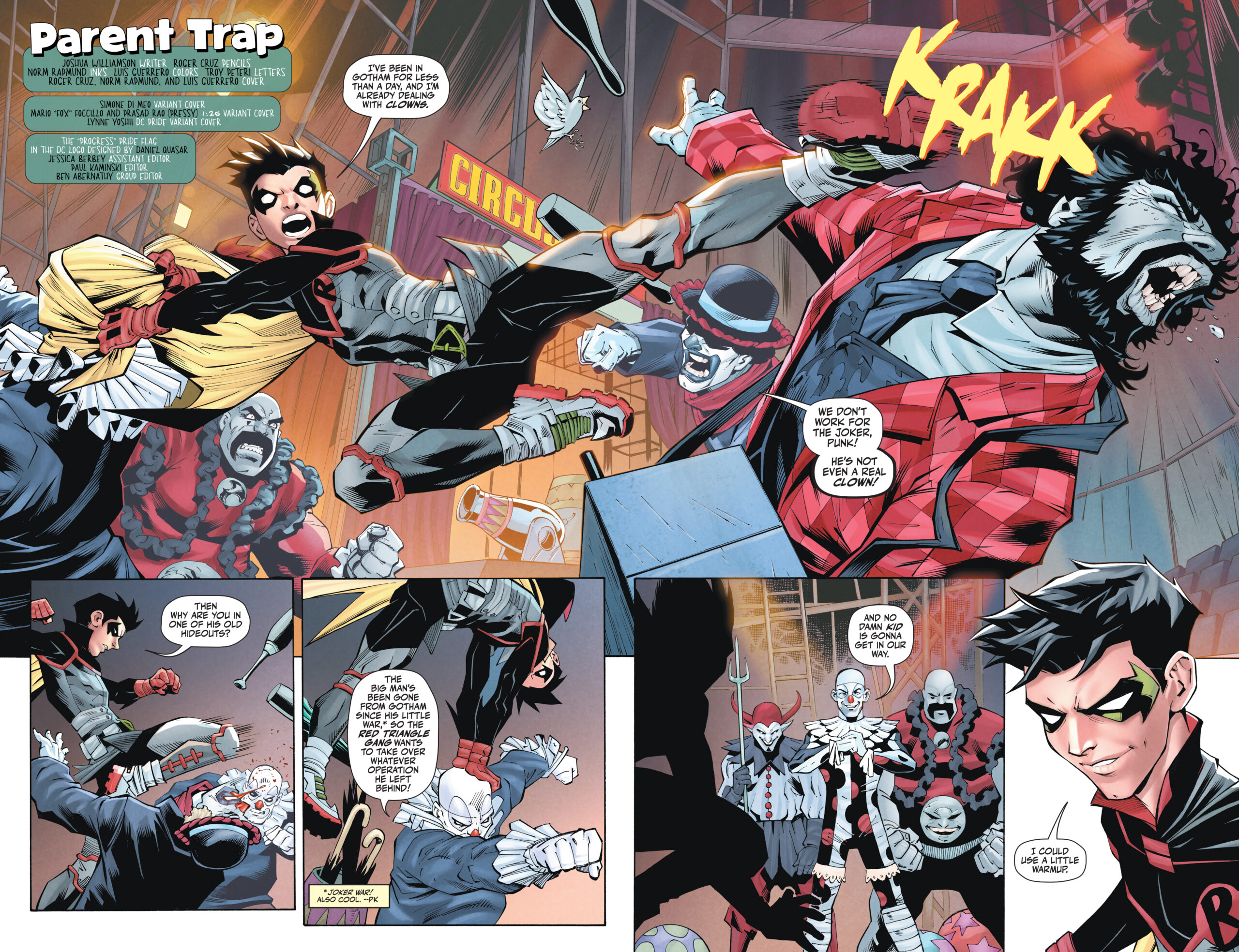 The interactions between all the characters in this chapter are some of the best conversations I’ve seen in a while. I was very invested and kept saying things like “you tell ’em”, and “You have got to be kidding me”. How can you not get drawn into scenes, when the writing is so fitting for the people in the situations we find them in? Reading this series has been the highlight of my week every time it pops up.

This paints a pretty picture

Once again the art team has done a spectacular job and everything about this issue was great. The color work from Luis Guerrero always catches my eye as everything stands out so much better when you use shadows and highlights. You can see a defined use of this technique in Luis’ work. I think this also works when the subject, Robin, can be dark and gritty with more violence and death than your average comic book. 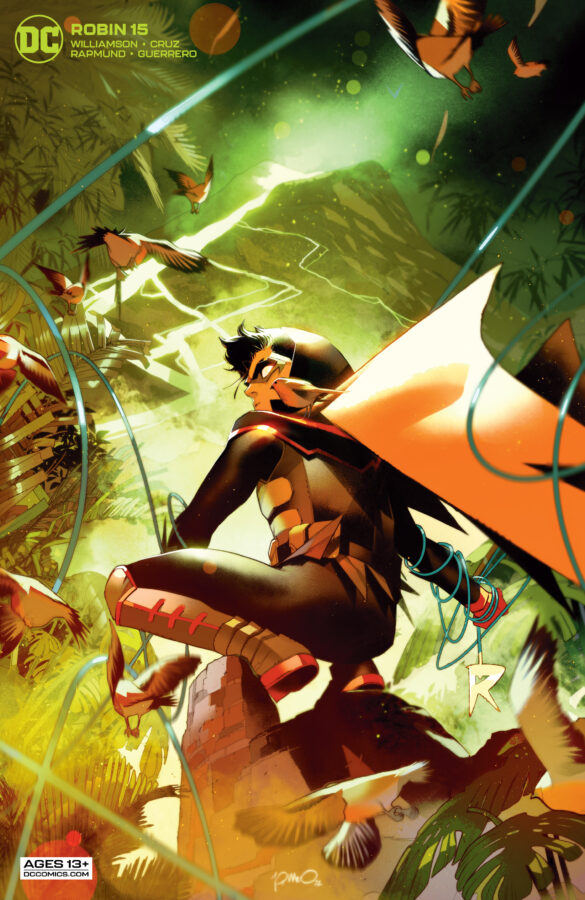 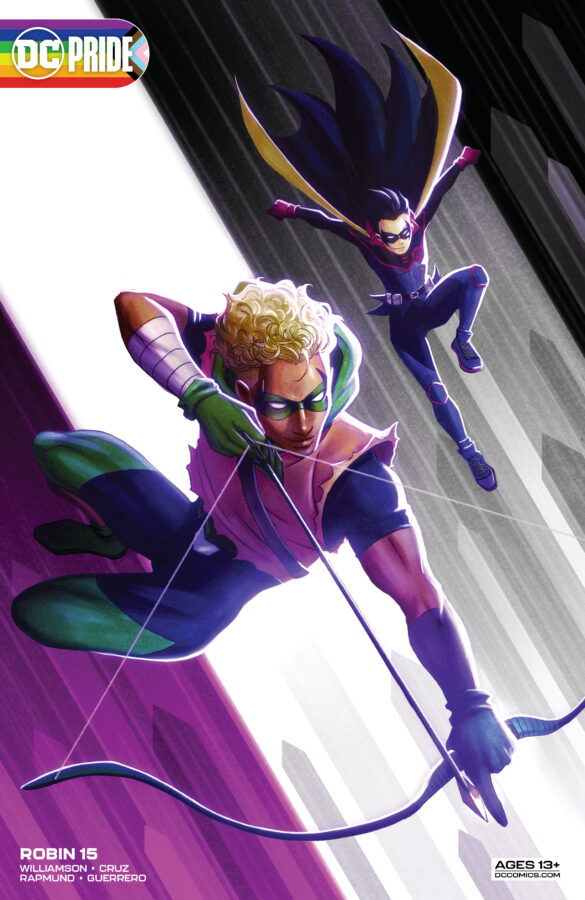 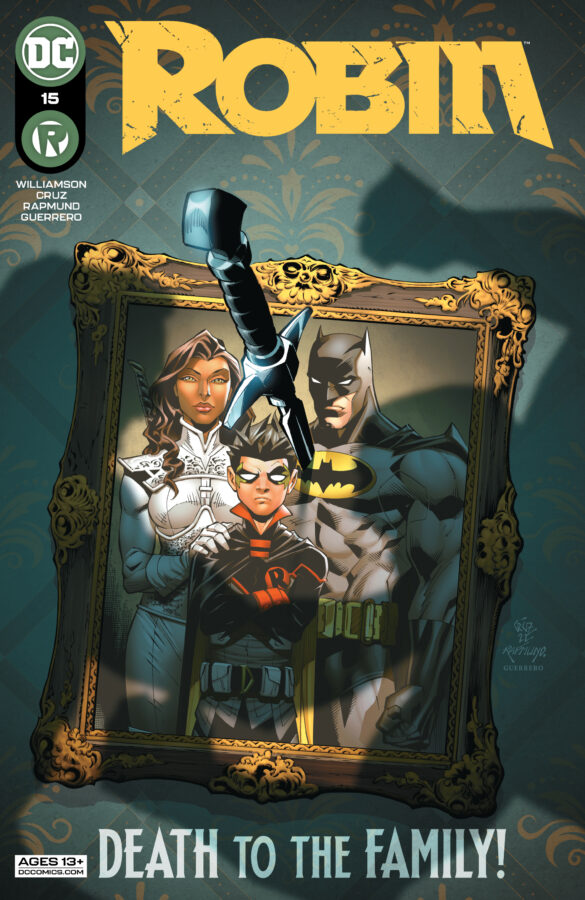 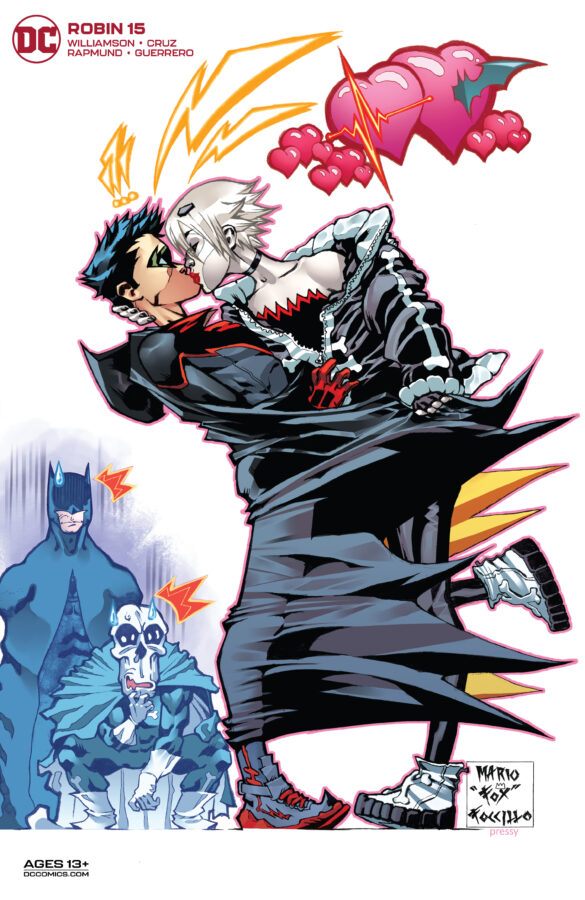 Using shadows and highlights to adapt the reader to the darkness of the scene, really adds to the story and complements the writing. We get an amazing atmosphere with the vibrant colors, but darker areas in a panel. This, mixed with the artwork of Roger Cruz and Norm Rapmund – which is always on point – all help to change this series from being one that’s made for kids, into a story that everyone can enjoy.

You should always be picking up this series, if you aren’t by now, then I’m not doing my job properly. If you don’t believe how amazing the writing is, or how well the artists work together, just see for yourself. If you read Robin #15 you’ll see Damian become a young man in front of your eyes. I did, and it made me so happy to witness this level of character growth. Yet, I’m also very worried for the rest of the world, having to encounter him!