The master craftspeople at McFarlane Toys present a cool new 7″ figure bundle based on the hit 2020 story Endless Winter.  Collectors can have all four characters in the Endless Winter figure bundle for only $84.96 and have the chance to build an extra figure; the dastardly Frost King!

As a child, Bruce Wayne watched as his parents were brutally killed in Gotham City’s Crime Alley.  Traumatized by their deaths, he devoted his life to becoming the world’s greatest weapon against crime, the Batman!  To become the ultimate vigilante, the Dark Knight disciplined his mind and body to reach the pinnacle of mental and physical superiority in his relentless pursuit of Justice!

Centuries ago, the same wizard that granted Billy Batson the powers of Shazam!, bestowed mystical powers upon a pure-of-heart youth in ancient Egypt. But when the boy tried to share his power to save his dying uncle, his uncle stole it and became the legendary Super-Villain known as Black Adam! Black Adam has the same magical abilities as his Super Hero nemesis, Shazam!, but Adam’s powers come from the Egyptian gods: Shu grants him stamina; Heru, speed; Amon, strength; Zehuti, wisdom; Aton, power; and Mehen, courage. Black Adam can also fly and is virtually invincible. 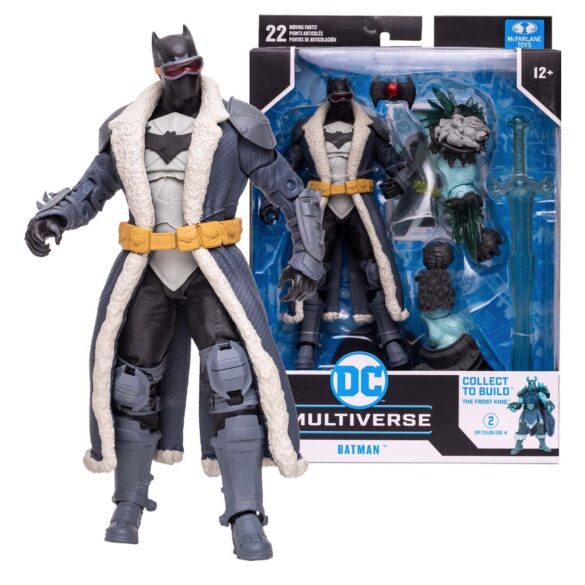 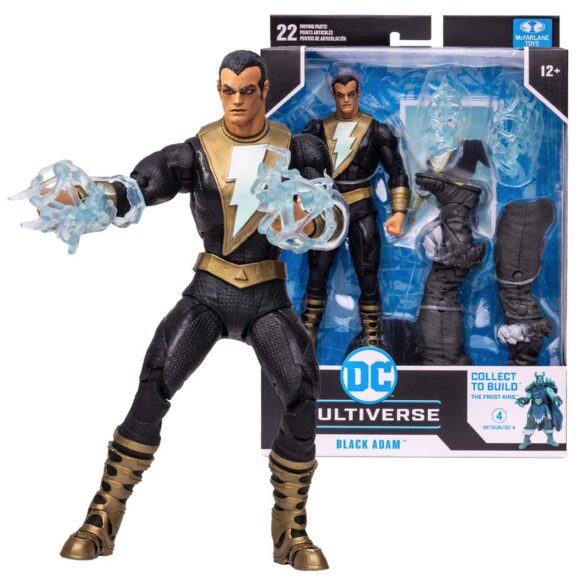 John Stewart is a former U.S. Marine who uses his military training and discipline to protect Earth, and the rest of Space Sector 2814, as a member of the Intergalactic peacekeeping force known as the Green Lantern Carps. As Green Lantern, John wields a power ring, which creates a protective shield around him, allows him to fly, and generates hard-light energy constructs In the form of anything he Imagines. Fueled by willpower, Green Lantern’s power ring is one of the mightiest weapons In the universe!

Diana is the daughter of Hippolyta, Queen of the immortal Amazon warriors, and Zeus, the mighty Olympian god. Diana grew up isolated on the paradise island of Themyscira until pilot Steve Trevor crashed there and revealed the outside world to her. Soon, she traveled to that world, where she became a champion for justice and equality as Wonder Woman. The Amazon Princess possesses godlike strength, speed, and the ability to fly. She’s also a skilled warrior, wearing bullet-deflecting bracelets and wielding the Lasso of Truth to stop criminals in their tracks and compel them to tell the truth! 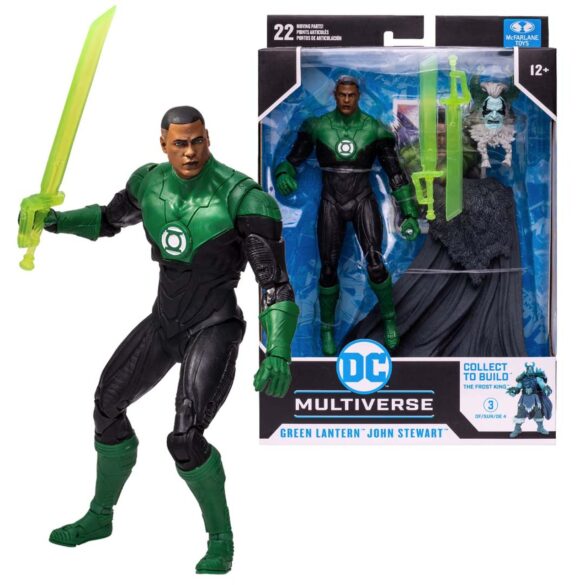 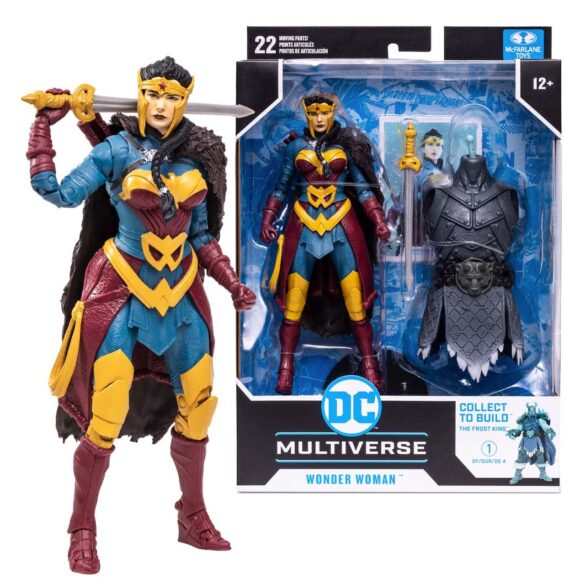 Designed with Ultra Articulation with up to 22 moving parts for a full range of posing and play, all these figures are based on the characters as they appeared in the comics series “Endless Winter”.

Allof them come with a base, and 1 of 4 pieces that, when combined with the rest of the “Endless Winter” Build-a line, will assemble The Frost King.

Also included with each piece is a collectible art card with figure photography on the front, and a character biography on the back.