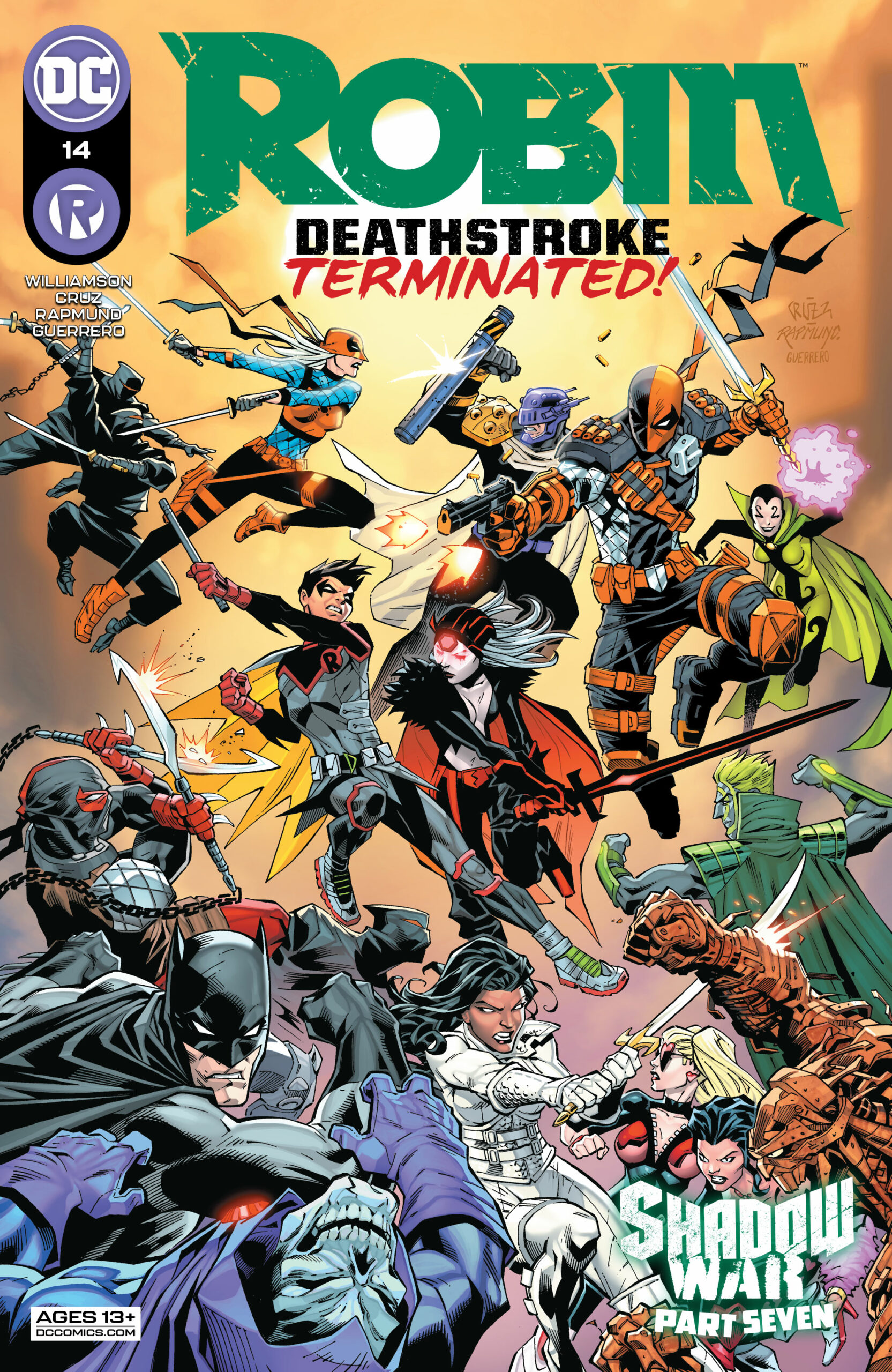 I’ve been thoroughly enjoying the “Shadow War” crossover that’s been spanning Batman, Deathstroke Inc., and, of course, Robin, as it’s clearly had A LOT of planning go into it. In Robin #14 we finally get some answers to a multitude of questions, including the identity of the fake Deathstroke who murdered Ra’s Al Ghul.

Let’s see what Damian’s been up to. 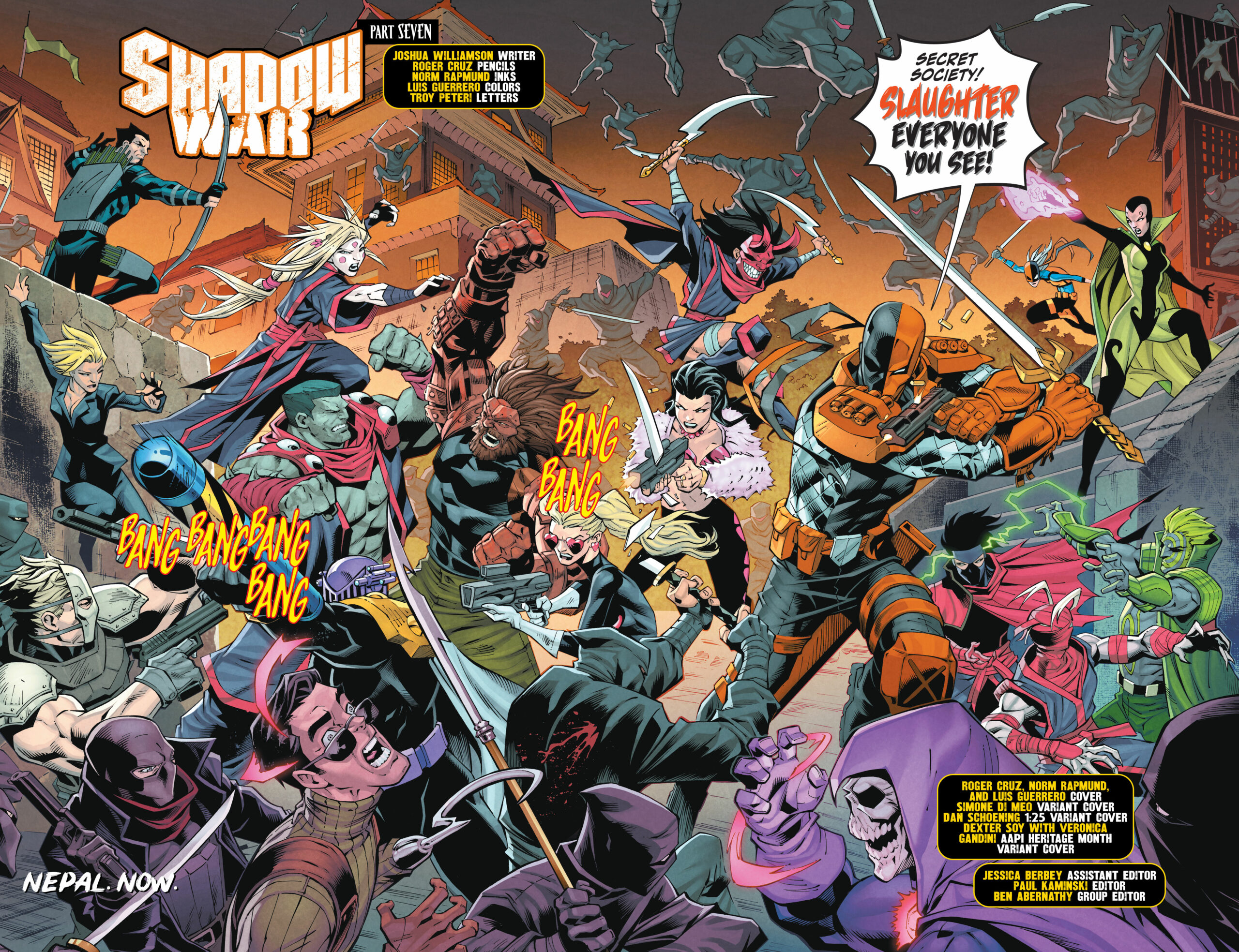 Well that was Earth shattering

So much has happened since our last issue. I would highly suggest reading the other parts of the “Shadow War” crossover, otherwise, this issue might confuse you just a tad. On the other hand, Joshua Williamson does such an awesome job with the writing, that even if you miss a few issues you’re all caught up. There’s a fine line between information dumping, and just casually slipping context into a conversation.

We can’t not talk about the final page reveal; no Spoilers to be found here… but WHAT IN THE ACTUAL STORYTELLING?!? It was all too much for me, so I’m glad it was on the last page otherwise I would have to apologize to Williamson for not reading the rest because my brain was leaking. The entirety of Robin #14 is undoubtedly one of THE best comics I’ve read this year. You’re lucky I have to talk about the artist now, as I could go on about it even more.

Roger Cruz and Norm Rapmund had to have synced the hive mind on this one. Everything was beautiful and flowed so well. The action scenes were tense and powerful. Luis Guerrero then comes in with his color and sets the pages on fire! As an artistic team, they have captured the mind and heart of this reader. I will find it hard to look at characters in a different way now! The last 10 pages were especially gorgeous; you can see how they all came together and agreed to make these some of the best comic panels I’ve seen. 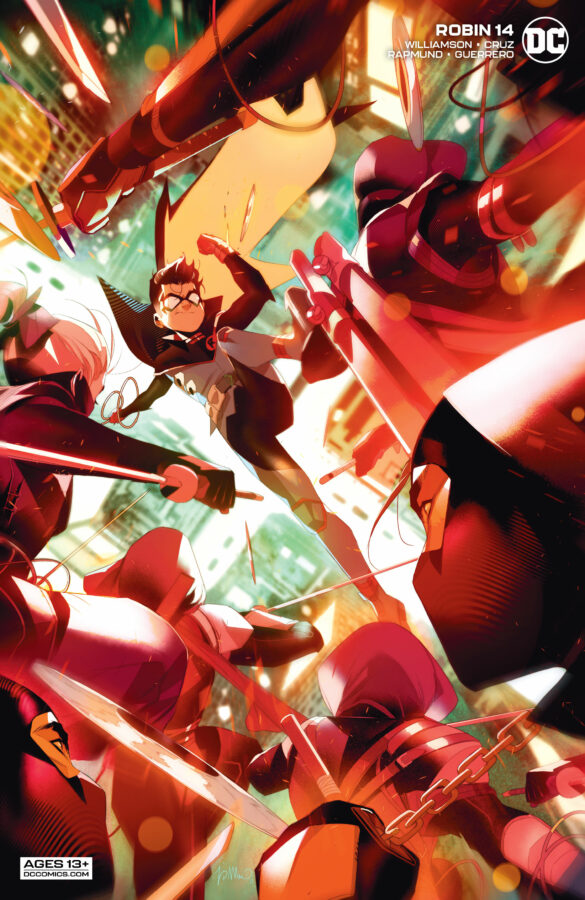 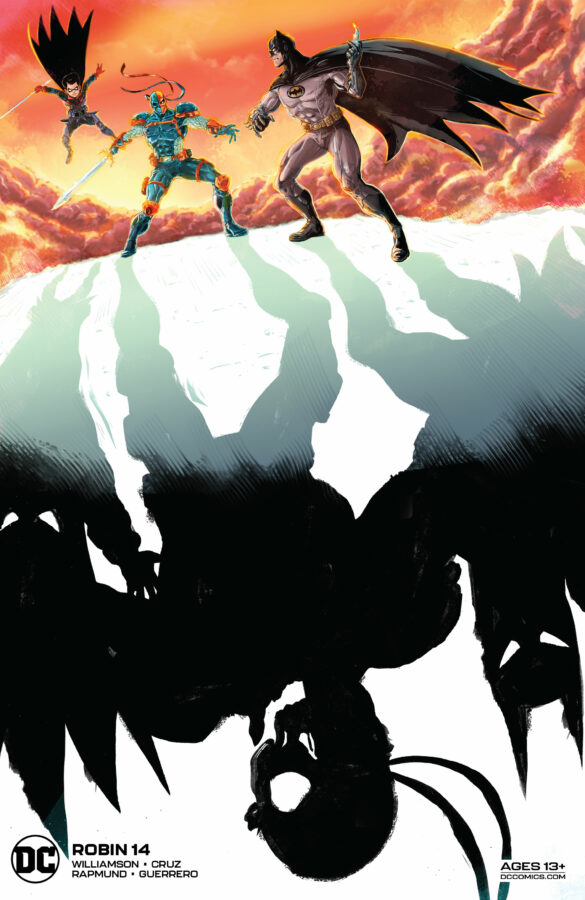 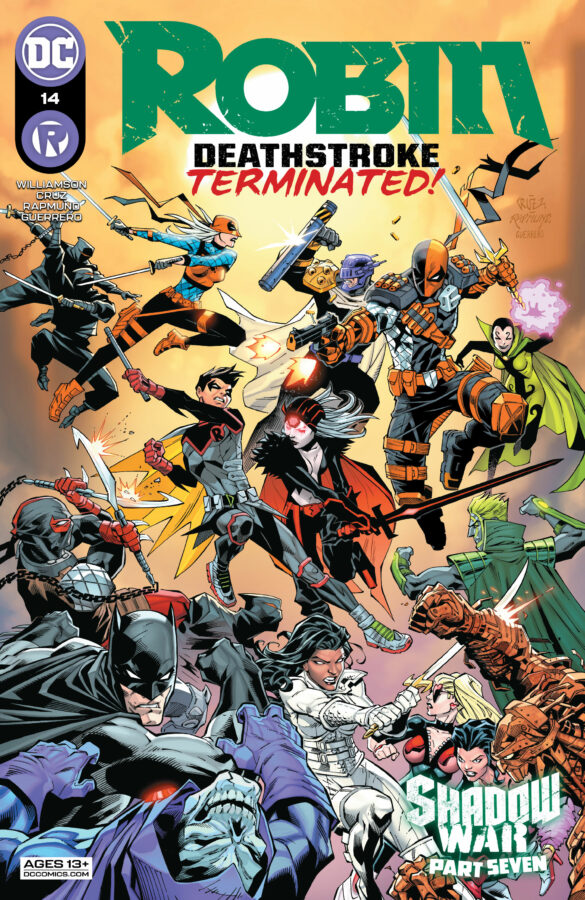 Yes. Loved it. When can I reread it? Honestly, jealous of the people that get to read it for the first time. What an ending, what a shock. Everything about this series leads me to want more.