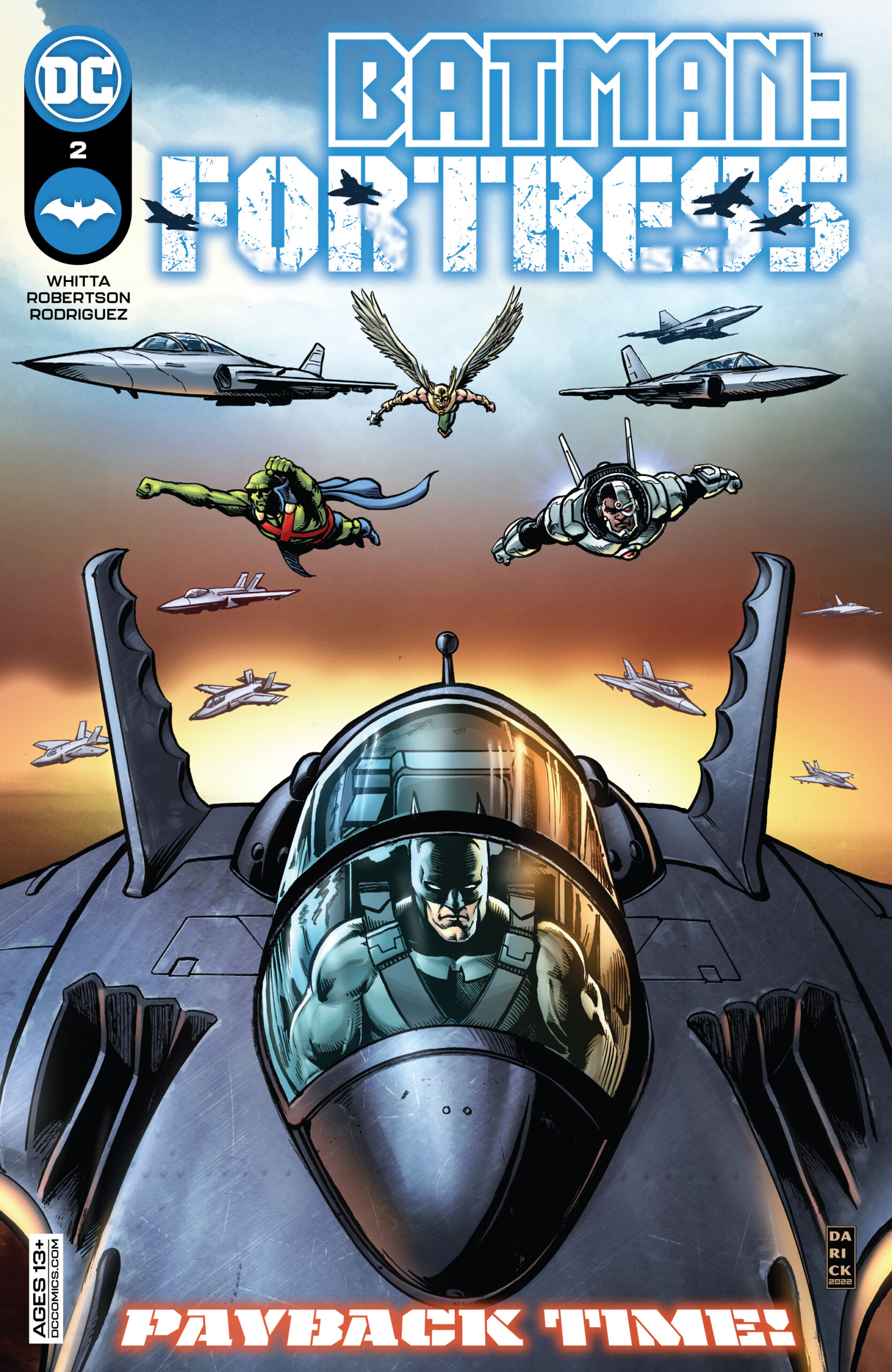 Batman: Fortress #2 sees the Dark Knight lead a Justice League, without Superman, against an alien invasion. The results are surprising, to say the least.

The premise and developing plot of this story are all extremely good, but the book reads almost like an episode of Super-Friends. The characterization is cartoonish, the dialogue doesn’t match the established personalities of the characters (or most living humans, to be honest), and seeing the Flash going to battle standing on the wing of an airplane was just the final straw, at least for me. 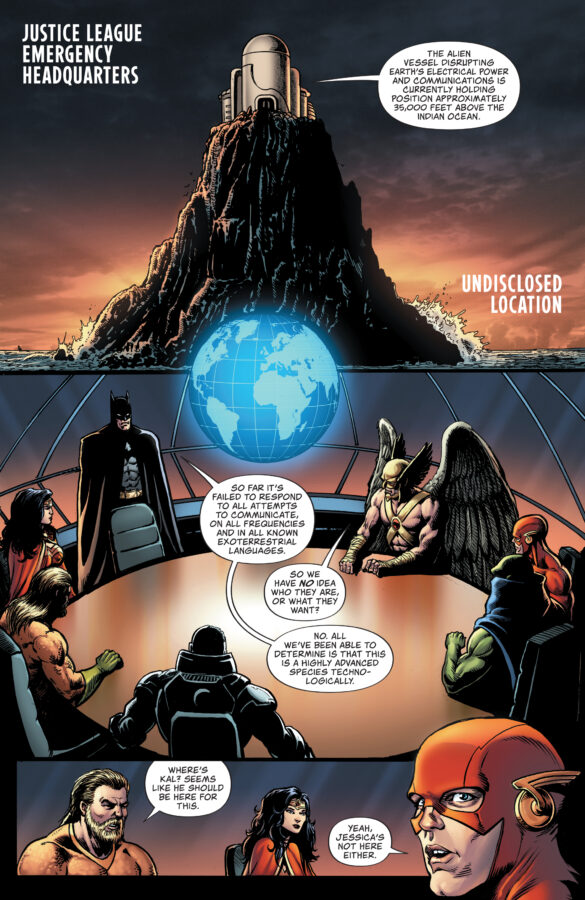 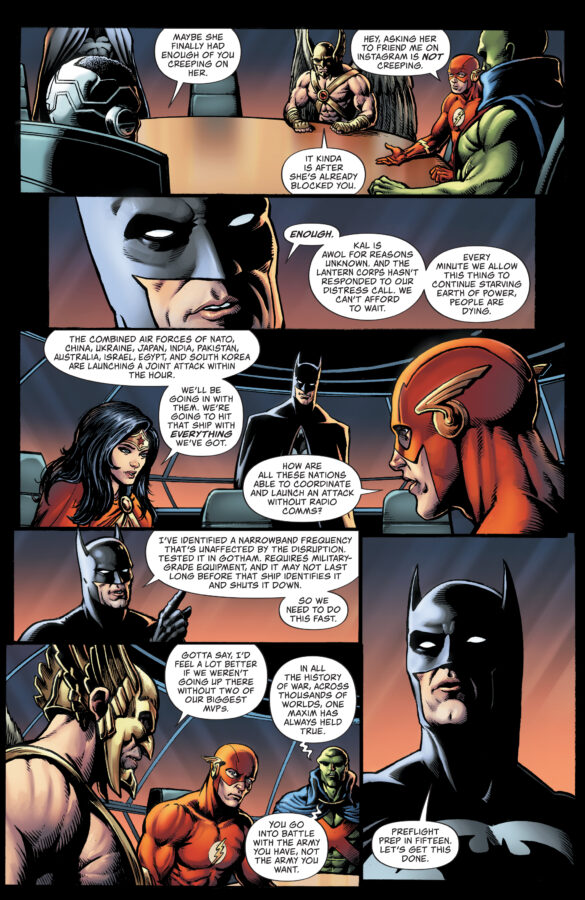 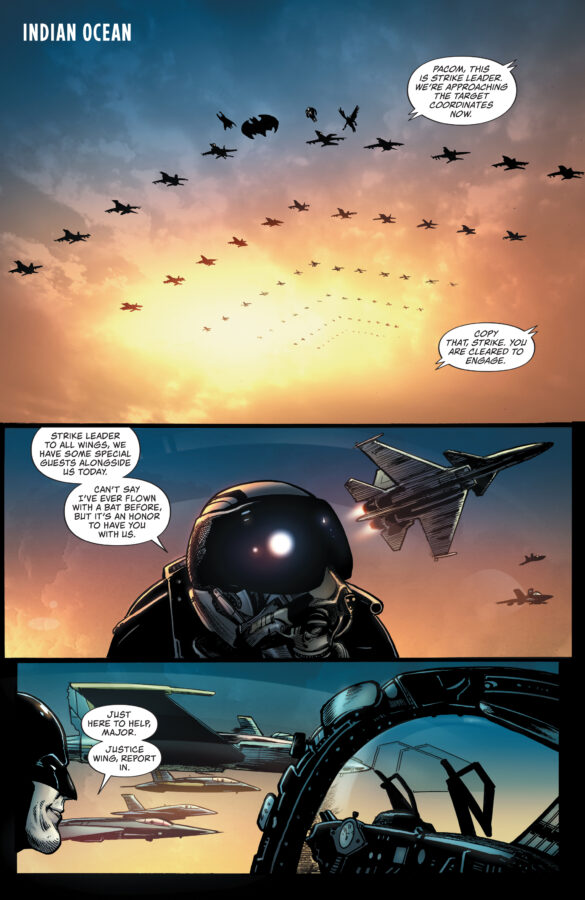 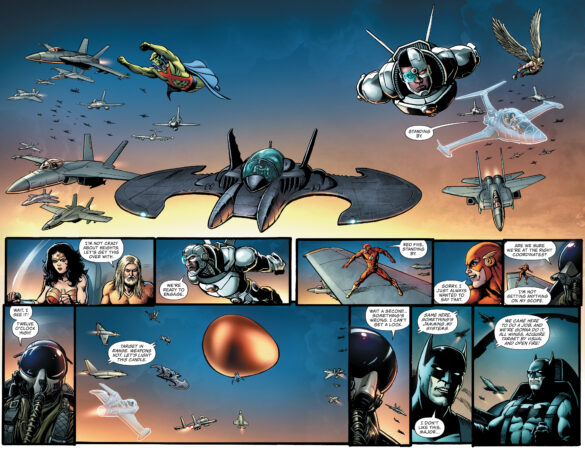 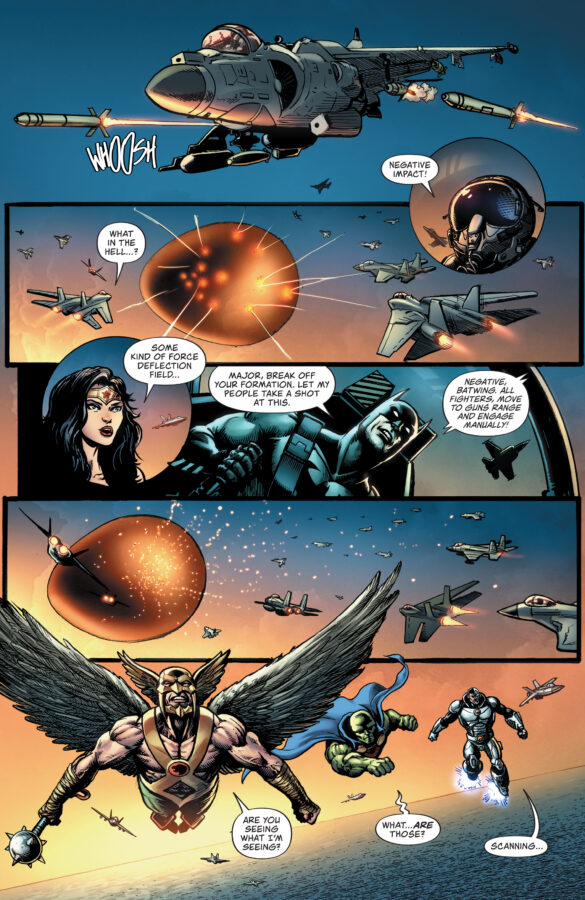 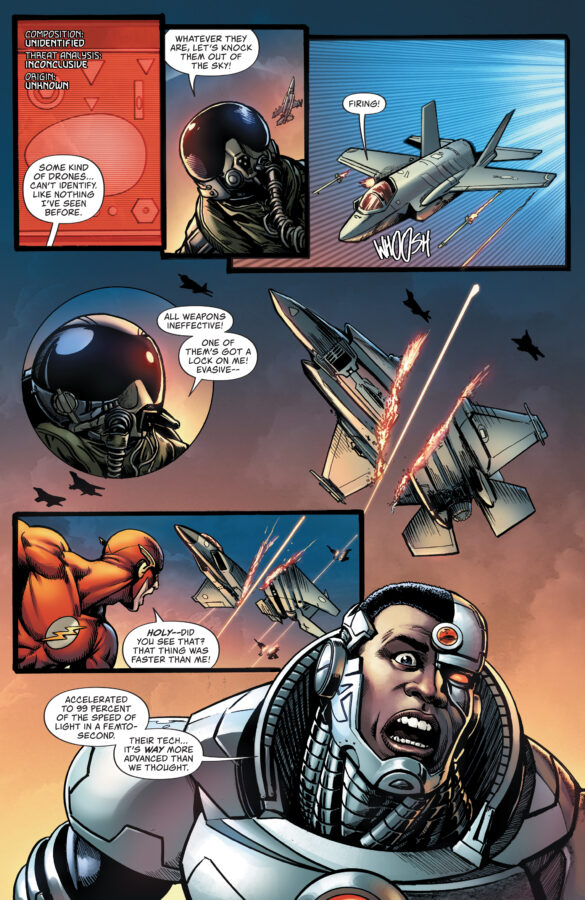 I don’t get who this series is aimed at. The way the characters speak is juvenile; with references to Instagram as a prime example, yet the threat levels and psychology are extremely grown up. The result is a comic where, while you want to know what happens next, all you really want to do is stop reading the text, and just look at the pretty pictures.

The story itself is strong, the twist at the end, and the possible reason for the Man of Steel’s absence, are all intriguing. The script and dialogue, though, are nowhere near up to scratch.

Also; is this story in continuity? Is it an Elseworlds-style tale? The tone is all over the place and it’s really disconcerting. It feels like it’s trying to be edgy and gritty, yet we have The Flash (we don’t know which one) apparently with the hots for Jessica Cruz?!? Both Wally and Barry are in committed relationships, so what’s going on there? The book feels like it’s trying to be a DCeased, a DC Vs Vampires, or an Injustice but, sadly, it’s really not anywhere near the level of any of those stories. 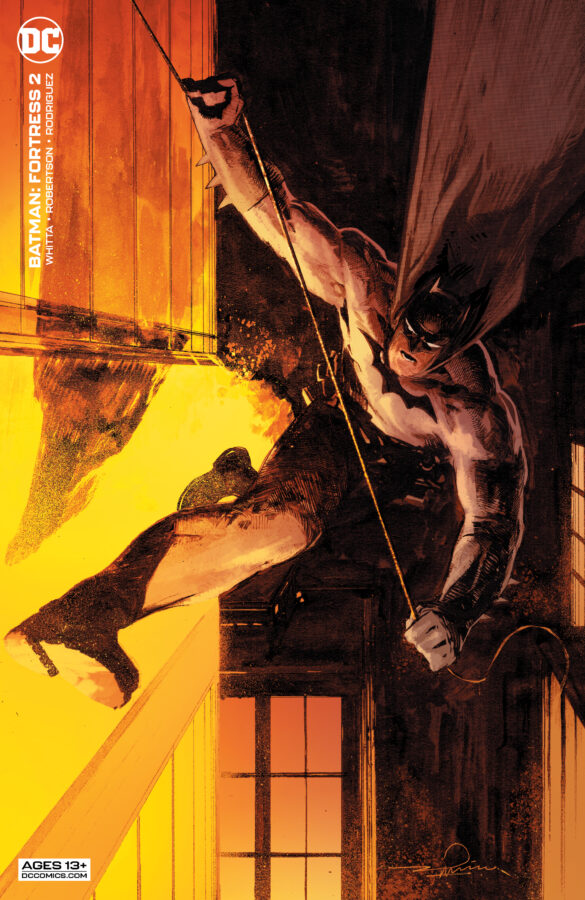 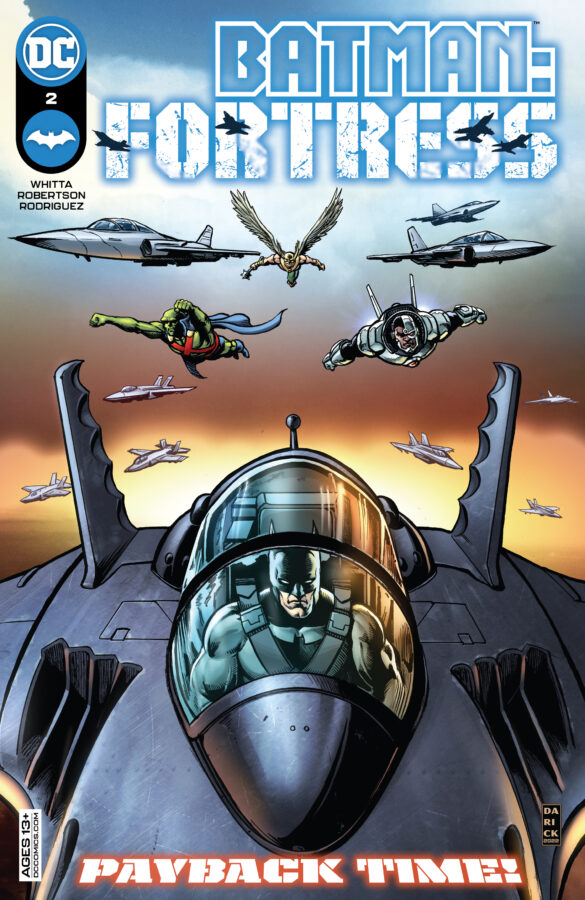 Batman: Fortress #2 tells a good story in an extremely off-putting way, in fact, only the art has saved this issue from receiving a terrible score. In my opinion, Darick Robertson and Diego Rodriguez are carrying the book.

Simon Bowland’s an excellent letterer too, but I actually feel sorry for him. Not only did he have to read all this dialogue, but he also had the unenviable task of putting it all on the page.