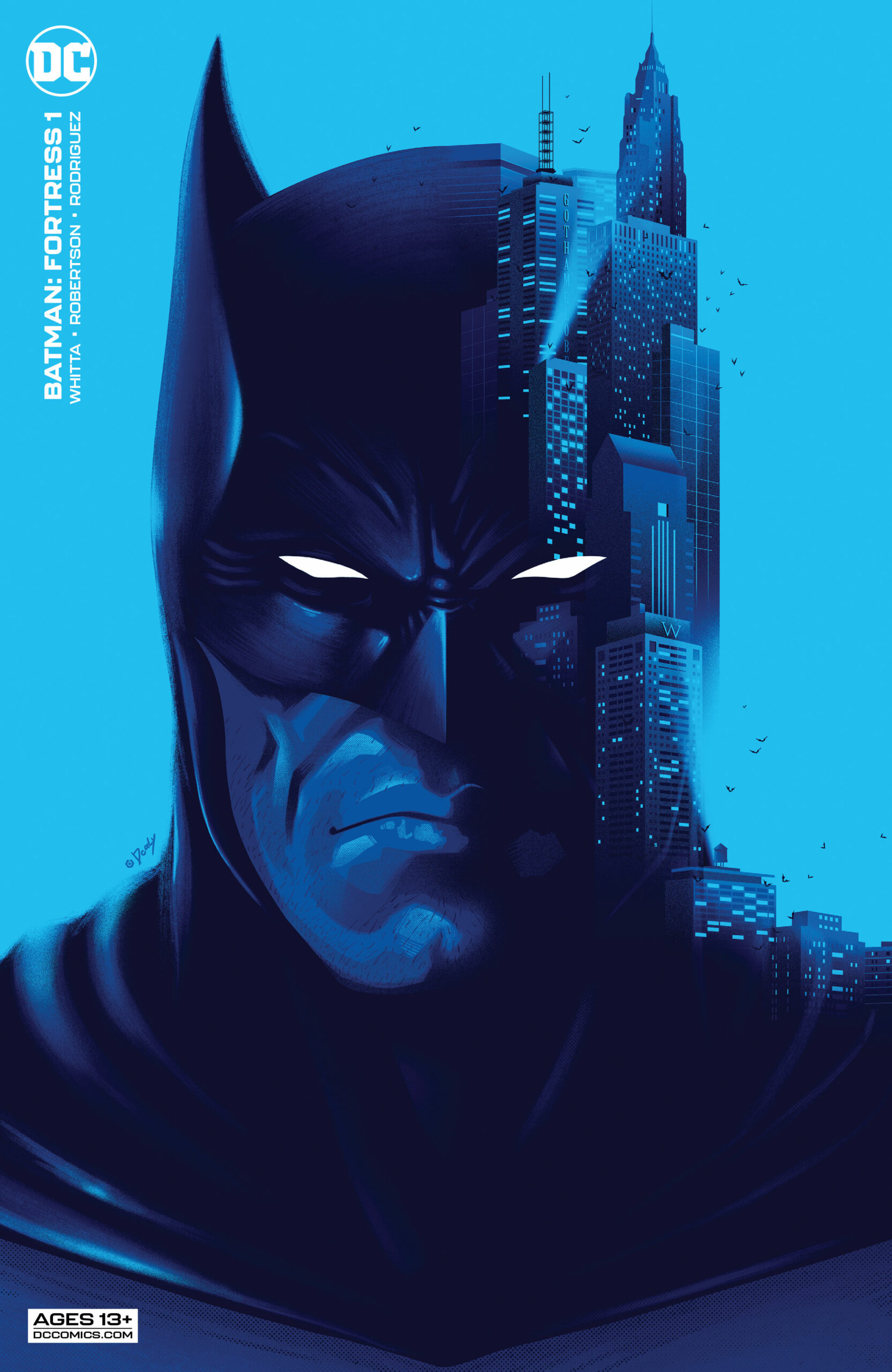 Batman: Fortress #1 takes us into new territory and answers a question that’s been playing on my mind since the brilliant Grant Morrison Justice League run from the late 1990s.

In the brilliant “New World Order” storyline (Justice League of America #1-#4) the Dark Knight took down several white Martians single-handedly; beings with power levels similar to those of Superman and the Martian Manhunter.

This is the tale where the Man of Steel himself called Batman “The most dangerous man on Earth”, a title that I honestly believe is well earned and truly deserved. So, we do know that the Caped Crusader can handle alien threats and super-powered foes, but in “New World Order” he still had Superman and the rest of the Justice League as backup. In Batman: Fortress, however, our hero is forced to fight without the Man of Steel in his corner, against a full blown alien invasion.

Can the Dark Knight lead a diminished League against an extra-terrestrial incursion?

The concept is a fascinating one and, on the whole, it’s quite well handled by screenwriter turned comics pro, Gary Whitta. The plot is strong, although I’m not 100% sold on the characterization, and the book is extremely wordy. Don’t get me wrong, I like reading, but the amount of dialogue in this issue is huge! It makes the pages less interesting to look at and can’t have been much fun for Darick Robertson to draw. The amount of text on show has definitely earned letterer Simon Bowland some well-earned overtime pay.

The conversation between Batman and Commissioner Gordon could’ve been half as long as it was, and perhaps should’ve been replaced with a little more action. Hey… this is a Batman book, after all. However, I’m prepared to overlook it as the story is compelling. Plus, getting to see Batman working with Jim, and seeing Alfred in the Batcave again, made an aging, cynical fanboy smile. Lord, I miss Alfred and the Commissioner. I really hope that Mr. Whitta will soon see that comics and screenwriting are two very different beasts, and will start to trim his scripts, moving forward.

I have zero complaints about the artwork, though. Darick Robertson is a talented storyteller. While I feel his style didn’t quite fit the John Constantine graphic novel, Hellblazer: Rise and Fall, his Batman is great. I got Bryan Talbot vibes from these pages, and that’s never a bad thing. Robertson’s use of shading and his high contrast style works very well for Gotham City, the Batcave, and the story. His characters are classic, yet fresh, and his backgrounds well crafted and detailed.

I’m glad that, as it was with Hellblazer: Rise and Fall, Darick’s partnered once again with color artist Diego Rodriguez on this book. Both men work very well together and make each other’s efforts shine. The book is atmospheric and lovely/chilling to look at. This is a great art team.

I know Simon Bowland from his excellent work on DC Black Label’s brilliant Sandman Universe: Nightmare Country so I was expecting the lettering on Batman: Fortress #1 to be very good indeed… and I was right. He’s lettered a veritable ton of dialogue in this issue alone. His style is crisp, and both his dialogue balloons and captions help the eye follow the story, and, even though they are big and crammed with many, many, words, he’s managed to keep much of Robertson and Rodriguez’s art visible. Nice work, Mr. B.

This was a fairly solid first issue and getting to see Batman having to use his wits against an enemy capable of plunging the entire planet into darkness is intriguing. I’m a huge fan of seeing a new kind of Batman story which, in a day where almost every new mini-series released features the Dark Knight, is a rare occurrence indeed. I’m looking forward to seeing what comes next.