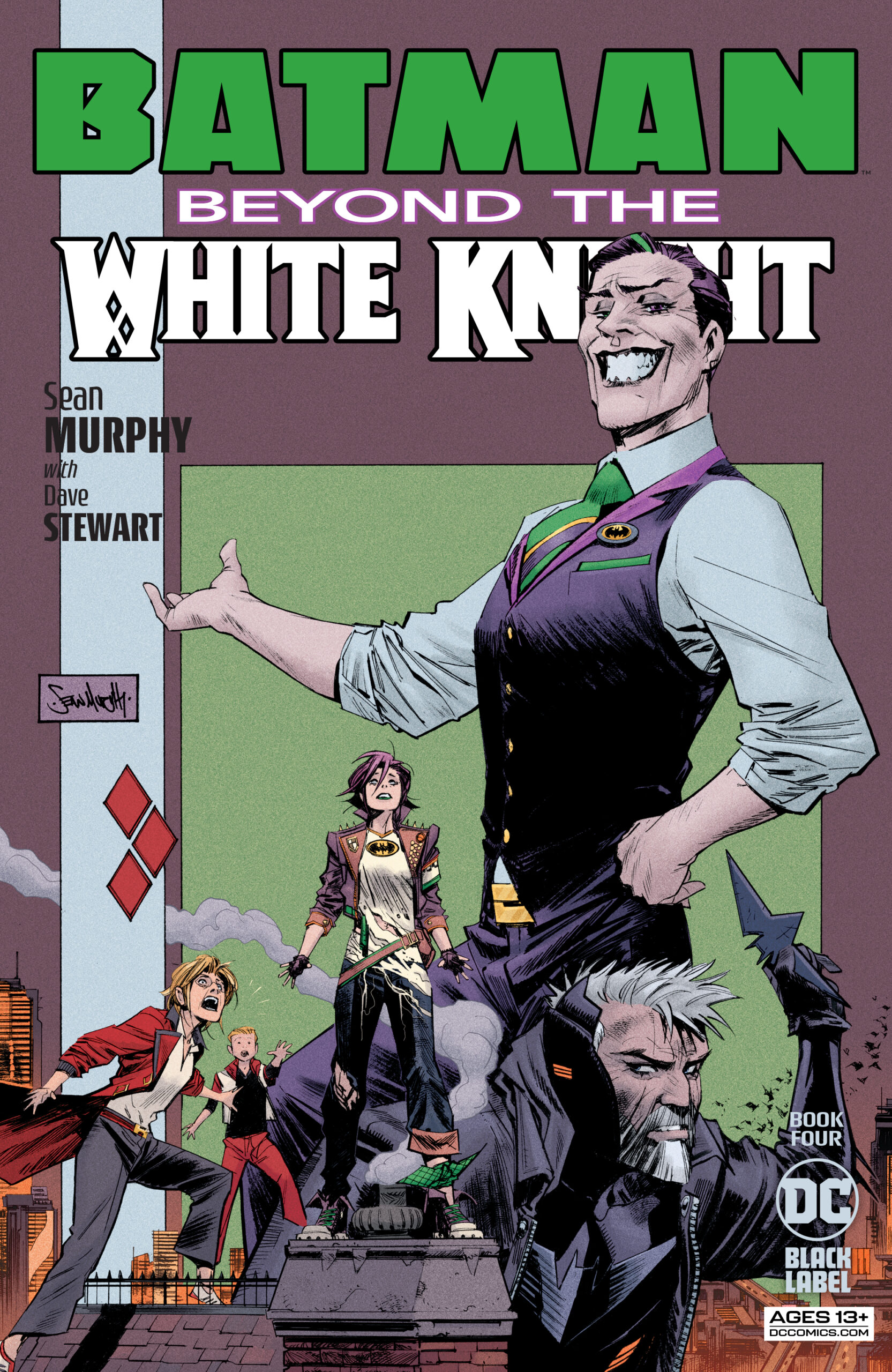 Batman: Beyond The White Knight #4 finally brings Terry McGinnis into the spotlight. It’s long overdue for the schwayest kid in Gotham to finally get his time to shine!

With this issue, we’re treated to a wonderful flurry of important plot details. They bring us a bit more up-to-date with what’s gone on in Gotham during Bruce’s time in Stonegate, as well as having to deal with a time jump. Gangs are still prominent in Gotham; Jokerz still lurking, but a new gang that we’re introduced to is the Azraels. I’m sure they’re fun to hang out with. 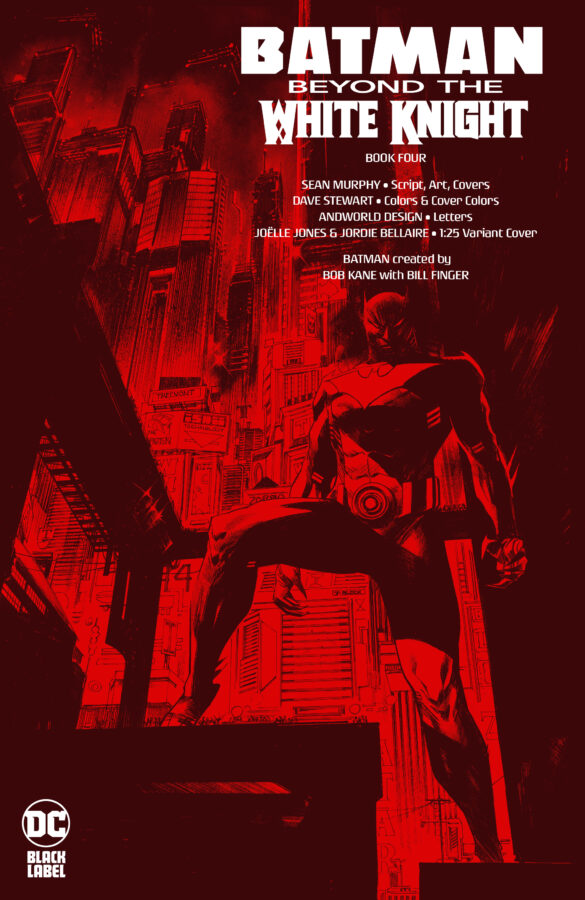 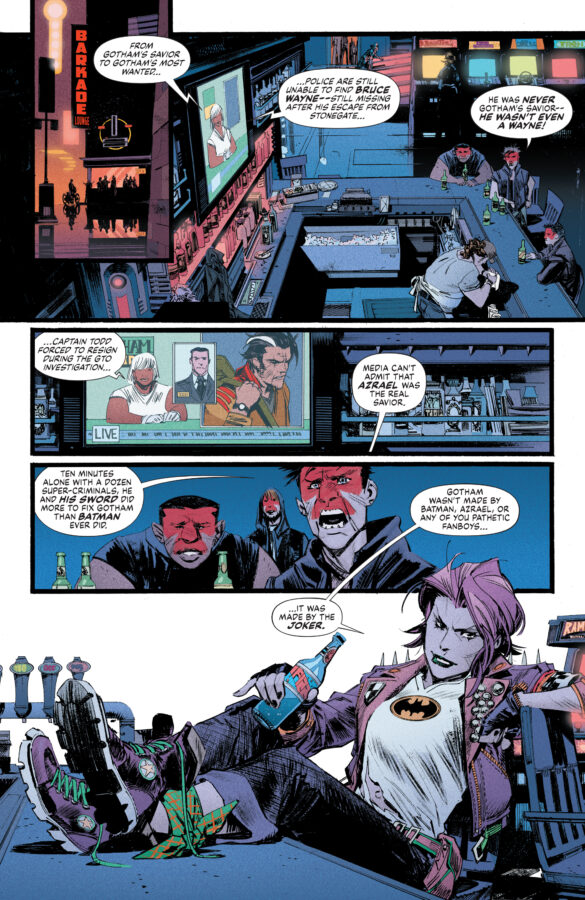 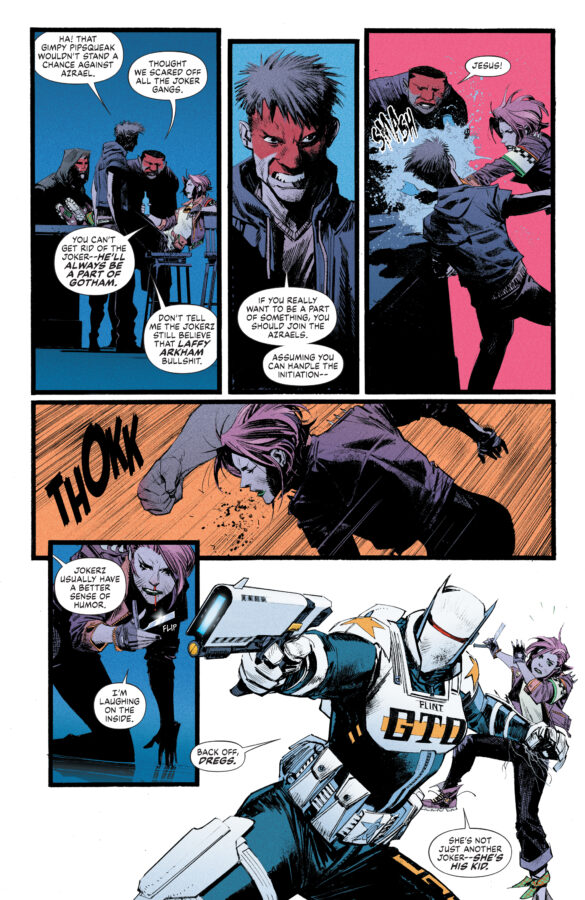 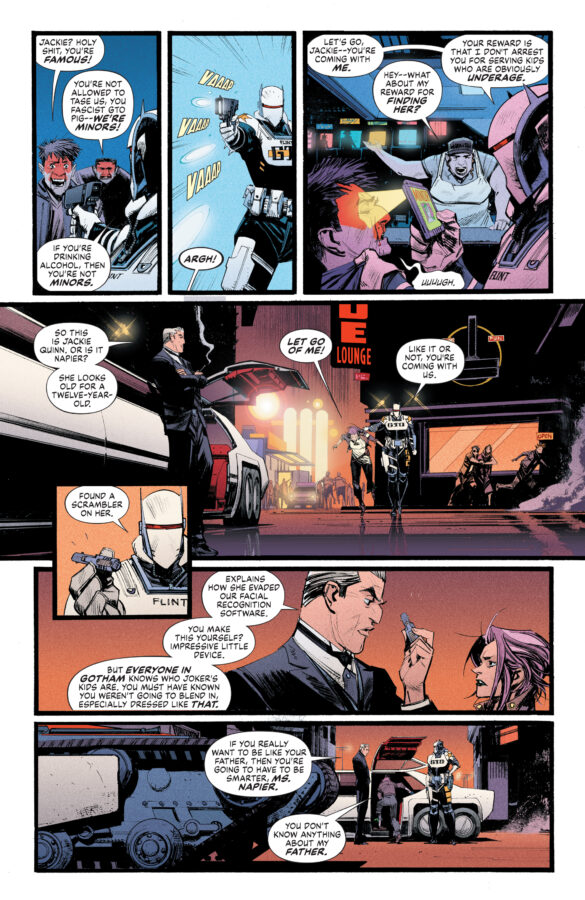 We’re also shown that Harley Quinn and Joker’s daughter Jackie can handle herself… a joke’s made about her being 12, it made me think that we don’t know exactly how old she is yet, but 12? She looks 24 and dresses like she was born in the ’80s. How she looks in this issue is my only small gripe about this book. I loved it and it was a great read, but if she’s 12 she should not look like that, so I think it may have been a joke and she’s around 18.

Back to the good stuff. We see Bruce meeting his newest sidekick, courtesy of Barbara Gordon and her never give up attitude. Duke Thomas definitely looks the part. There’s a great amount of detective work from Babs and Duke in this issue, as they try to get to the bottom of what exactly Derek Powers has been up to, and what it has to do with Warren McGinnis.

We’re also treated to another small bombshell, that I won’t spoil, involving Dick and Babs. I was as shocked as Bruce when he found out. Meanwhile, the odd couple; Bruce and his imaginary companion Jack, venture to the Batcave to retrieve something to level the playing field, and run into a stray new friend in the process. 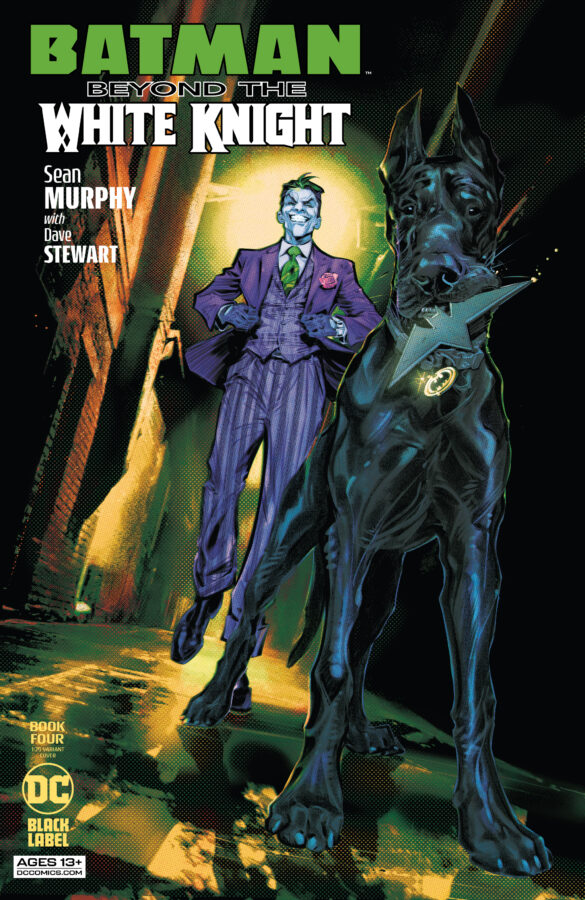 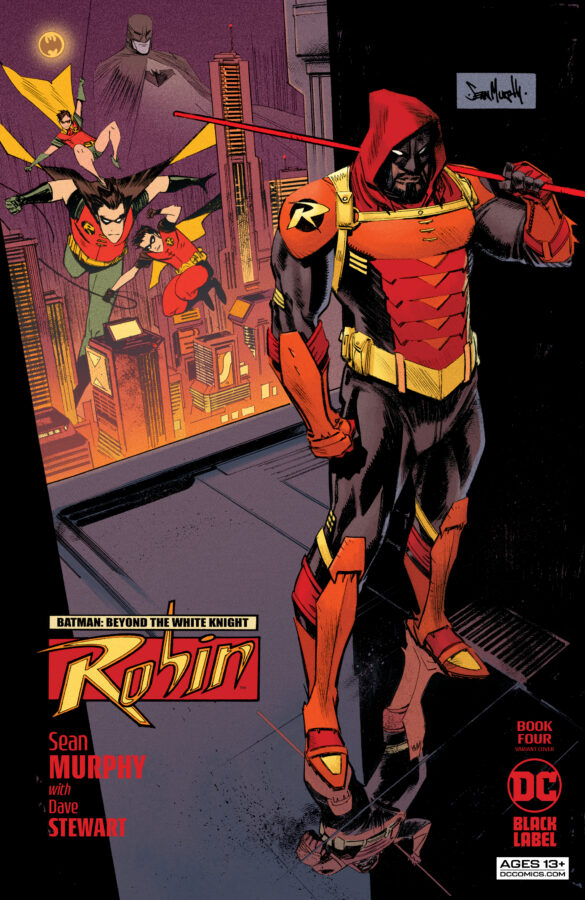 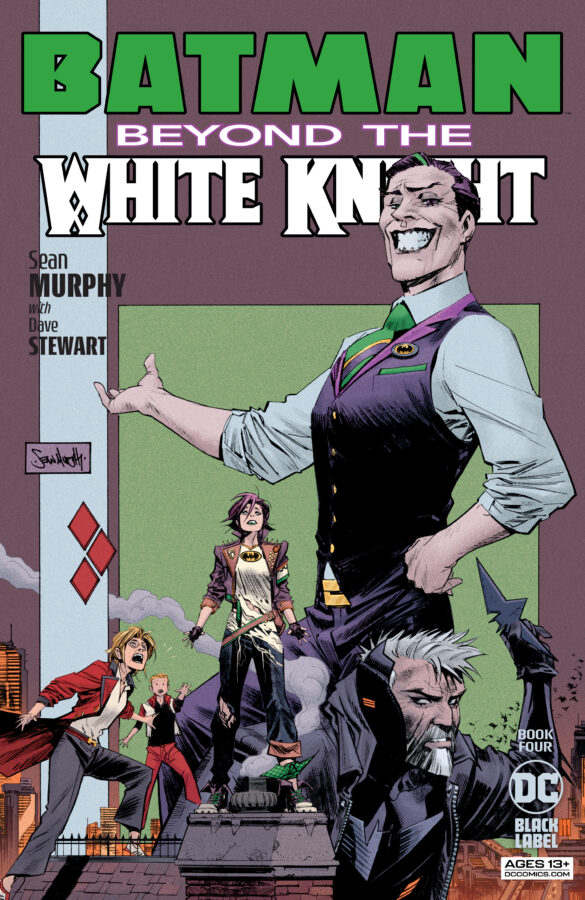 Standing At The Grave Of A Parent

We have a great segment of this book dedicated to Terry McGinnis telling his Mother about the last time he saw his father alive, and the build-up to why he’s doing what he is. These were a great few pages of much-needed exposition. If you’ve been feeling a bit confused by Terry, this issue irons out most of the details. This was a wonderful part of the book, I really enjoyed the art and the writing in this section very much.

Batman: Beyond The White Knight #4 is a wonderful issue that sets up the next title in this story about Red Hood. This was a great chapter that scratched all of the itches I was starting to feel about the series.

Now I’m very excited about what comes next.