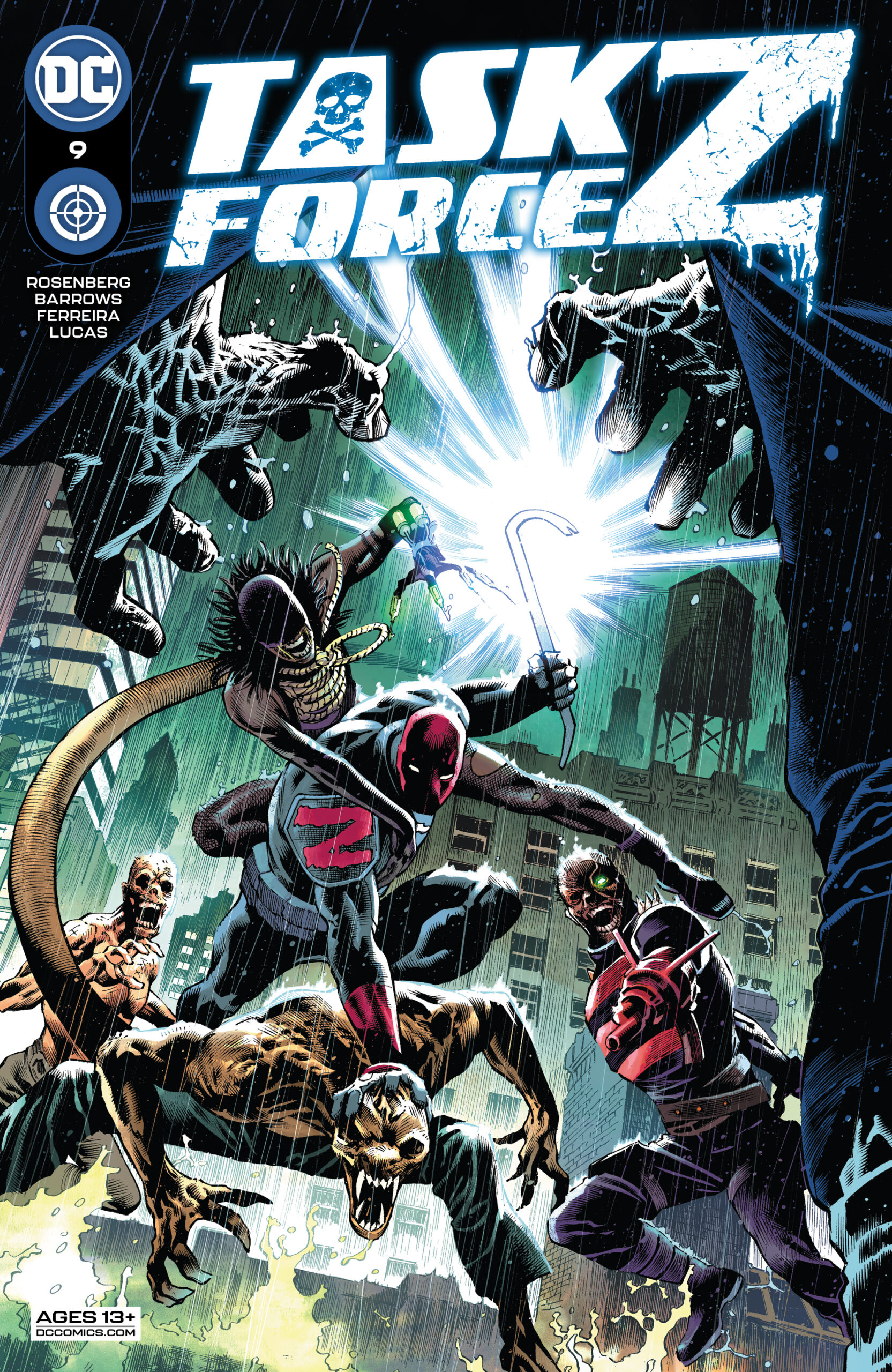 Task Force Z #9 is a book of a single parent; Red Hood trying to get his kids all in one place to take their medicine. Oh… and the kids are a gaggle of undead supervillains who try to murder and eat people at every opportunity.

Continuing on with my analogy of Jason Todd as a single parent, trying to look after his group of mischievous undead super-villains; the story of his overbearing family telling him what to do. In this issue, it’s Stephanie Brown, although like most families this time she comes with an olive branch instead of advice that wasn’t asked for. 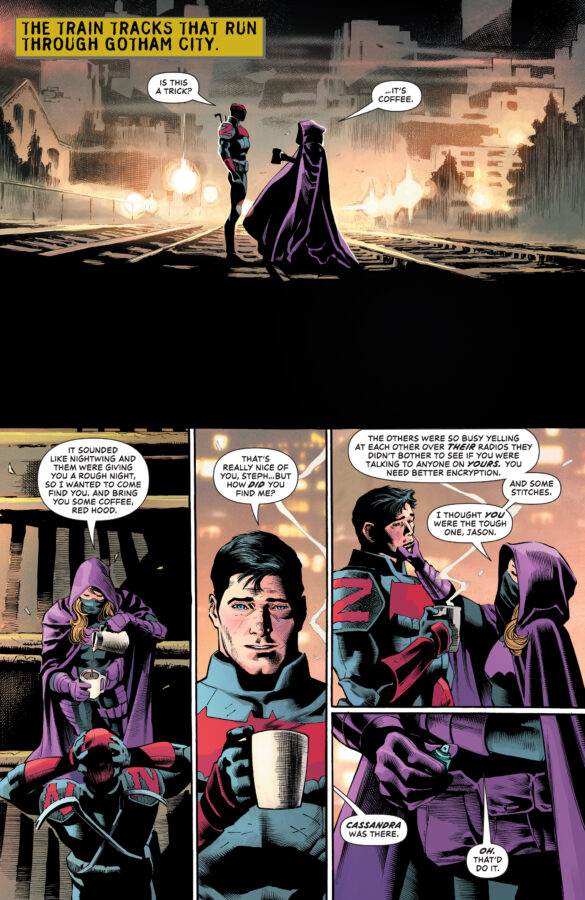 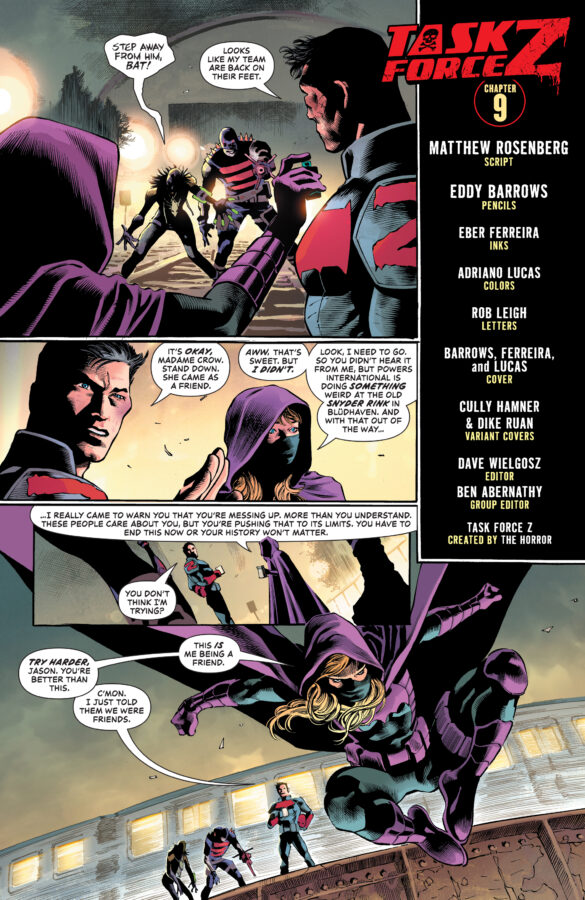 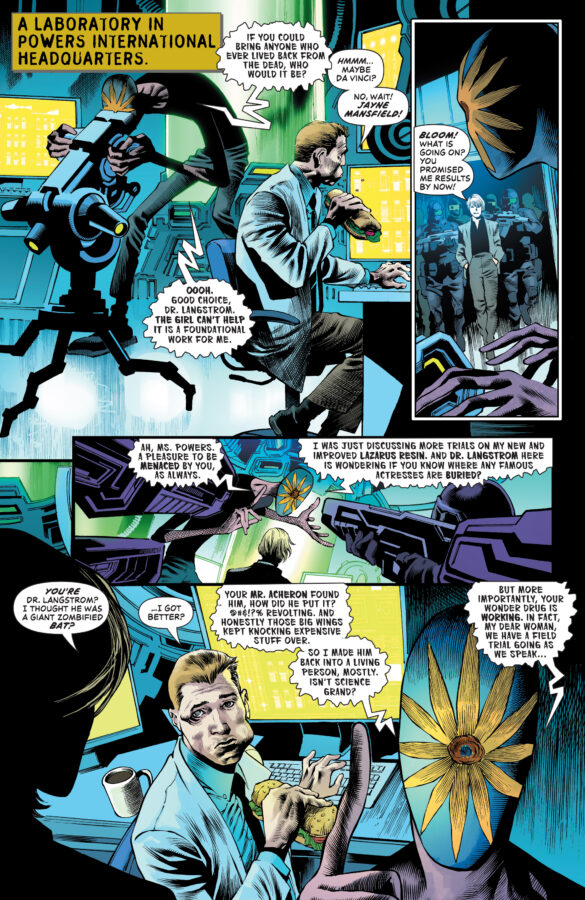 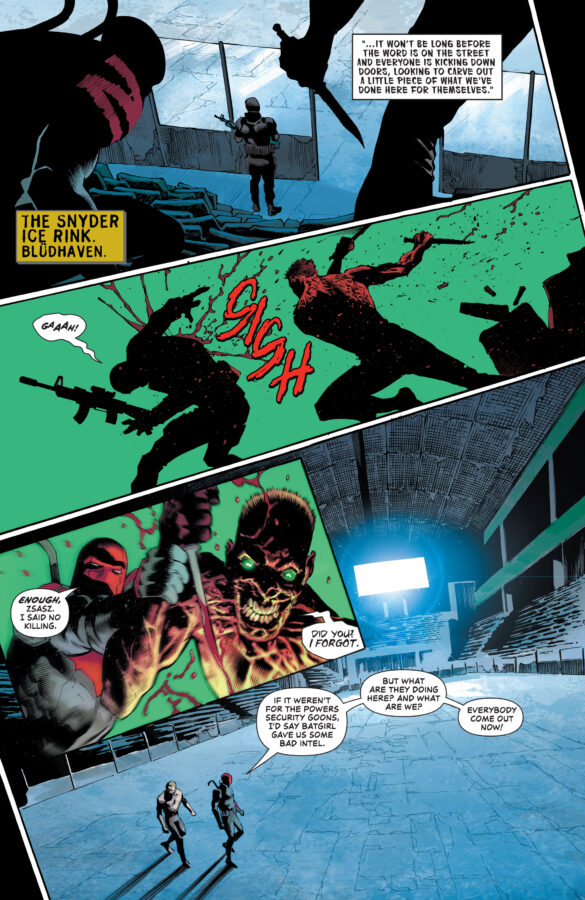 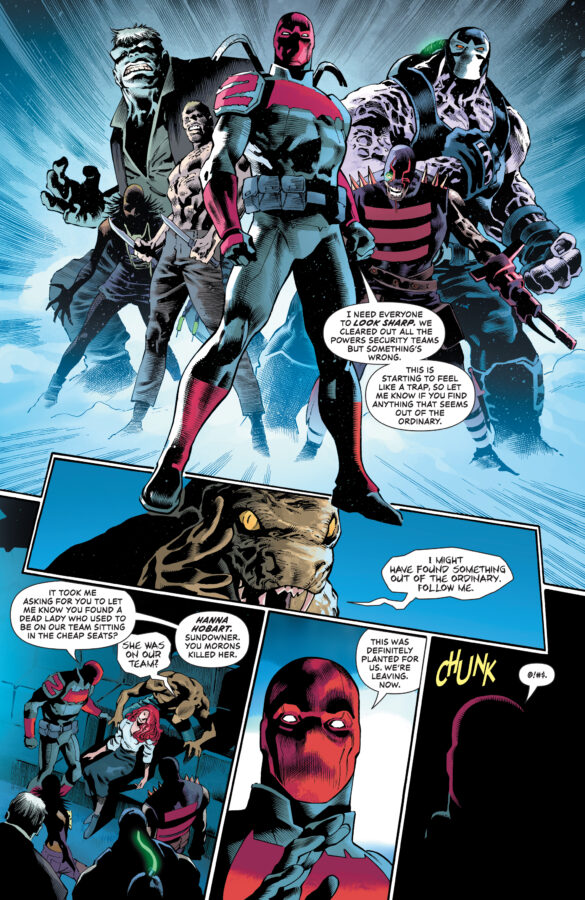 It was wonderful seeing these two interacting, as they don’t usually get the chance. A mutual understanding of each other, the lives they’ve chosen and the deaths they’ve both experienced. Not to mention understanding that Cassandra Cain could kick both their respective @$$3$.

Once we move on from a tender moment we’re back to undead villains trying to kill undead villains. This book felt quite gimmicky in premise originally, but since I started reading it I’ve quickly fallen victim to loving it and the way it’s been told! Having a real death on the table in a book about resurrection was a real surprise and a lovely shake-up in the storytelling.
Not to mention seeing Jason try to lead his team as if they were a Bat-family unit was great, particularly as they’re a bunch of blood-thirsty zombies running towards a new meal.

I loved the art (I always do in this title) and the way this story is being told, in general. A standing ovation for the creative team! Also, I very much appreciate the occasional exposition of who someone is, especially when most of their face has rotted off.

I often leave a paragraph or two at the end of my reviews exclusively for Mr. Bloom. Who’s gone from being a teammate, to double crosser, to full-blown adversarial villain in the nine issues we’ve had in this book so far. What is he up to? How many backstabbing secret motives does he have? 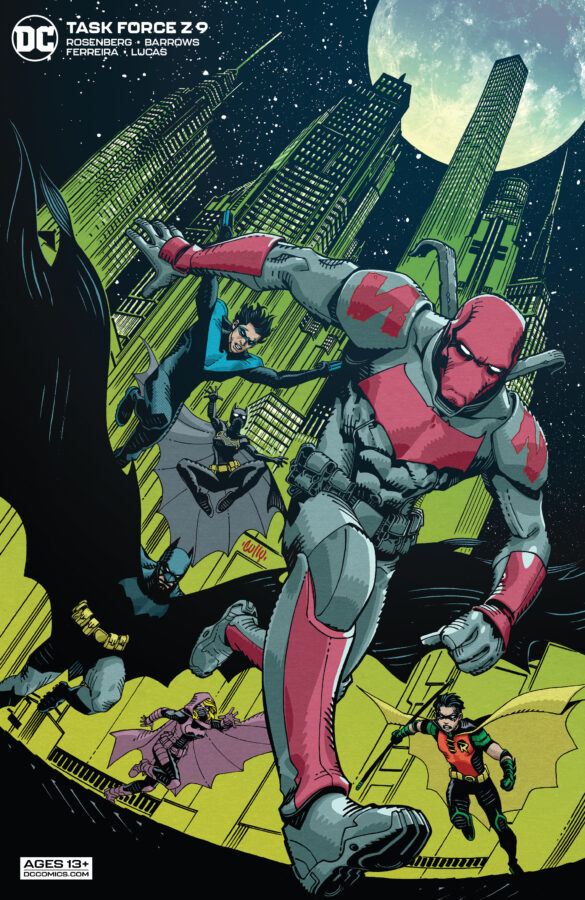 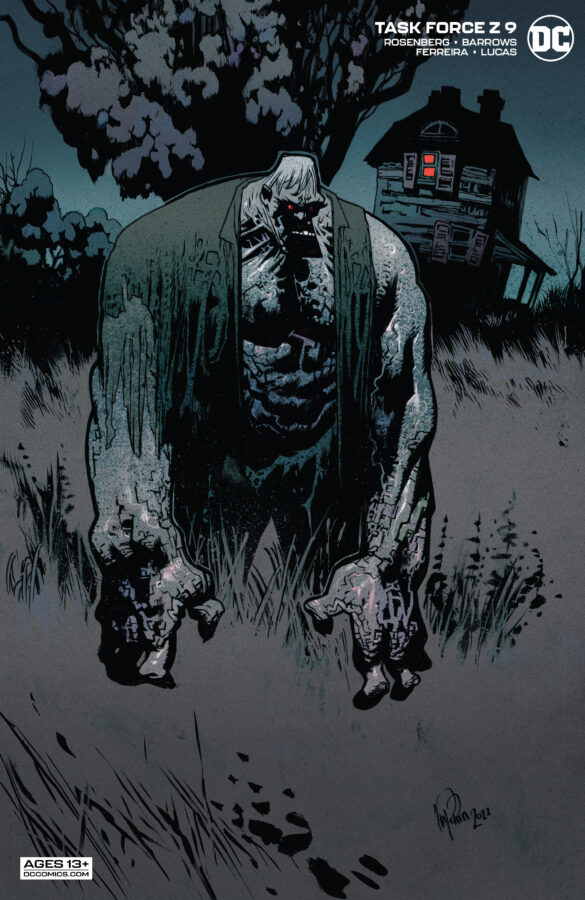 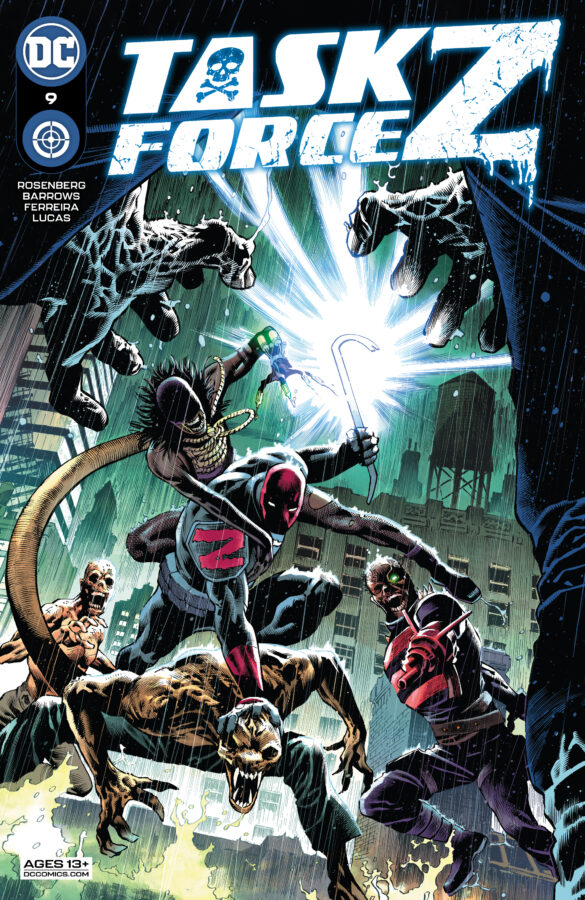 There’s a wonderful interaction in this issue, with a character I’ve been wracking my brain about, that truly was a cherry on top. We’re seeing why this character was the reason for Bruce Wayne coming out of retirement and returning as Batman (see the “Bloom” storyline in Batman (2011). I cannot wait to see what this slender man has in store for Task Force Z, going forward.

Task Force Z #9 is an action-packed story that has really found its rhythm, I’m loving the Easter eggs, the villains, and all doubts I had about this book have been put to bed. Now I’m waiting with bated breath for what will happen next.