In an interview with CinemaBlend, Tara Strong has spoken about working with Kevin Conroy and Mark Hamill, and if she would ever consider reprising her role of Barbra Gordon one day.

Whether we know it or not, we’ve all heard one of Strong’s voices, because she’s in basically everything. She’s voiced Timmy Turner in Fairly Odd Parents, Bubbles from Powerpuff Girls, Ben Tennyson in Ben 10, and Raven in Teen Titans and Teen Titans Go!, just to name a small, tiny amount of the work she has done over the years. For DC fans, however, we all know her for her Harley Quinn in the Batman: Arkham trilogy.

Two years after the series ended, The New Batman Adventures was brought back to life with a new look, animation style, and line-up of voice actors, giving Strong the chance to replace Mellissa Gilbert and voice Barbra Gordon, a.k.a Batgirl. It also let her work alongside Kevin Conroy and Mark Hamill, the voices of Batman and Joker once again.

While talking to CinemaBlend about working on The New Batman Adventures, she said:

Even booking that part was really exciting because I had been a fan of Batgirl as a kid. The idea that I got to actually voice her, the audition room was full of A-list talent, and I just thought, ‘I don’t know.’ When my agent called, he’s like, ‘You’re the girl, you’re the girl! You’re Batgirl!’, I went, ‘Oh my God!’

Even that initial moment, and then recording the show was like recording an on-camera show. We would do a table read with Andrea Romano at the helm. And some really prolific, incredible actors; like, to sit beside Mark Hamill doing The Joker and Kevin Conroy being The Batman, these people are these characters. 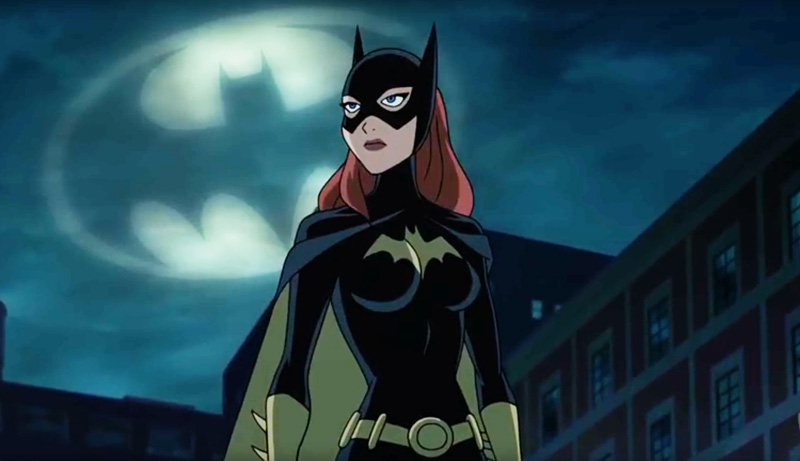 If you imagine you were there, you’d be pinching yourself. I was, I really was, and we had extraordinary talent on there and really beautiful acting moments that of course I’d love to go back to. It was fun to revisit it in The Killing Joke, but I think it’d be really fun to do a whole new series and bring back Mark and Kevin. That would just be amazing to get to do that again.

When the show concluded in 1999, Tara Strong continued to voice Gordon in a web series, Gotham Girls, before going onto a very different version of the heroine in Batman: The Killing Joke in 2016, and again for DC Super Hero Girls’ in 2019. She made it clear that she was enjoying voicing these versions of Barbra Gordon, but would also love to revisit the serious side of her character, particularly if it means reuniting with Conroy and Hamill again.

Not that the three haven’t voiced together since The New Batman Adventures ended, Hamill has acted beside her in the Batman: Arkham games, and they all worked together in The Killing Joke, but it’s nothing like what they did for the DC Animated Universe.

For anyone wanting to reminisce about the good old days, you can stream The New Batman Adventures on HBO Max as well as all the other DCAU shows and movies. If you haven’t got Batman: The Animated Series on Blu-ray or DVD yet, then you’re really missing out.