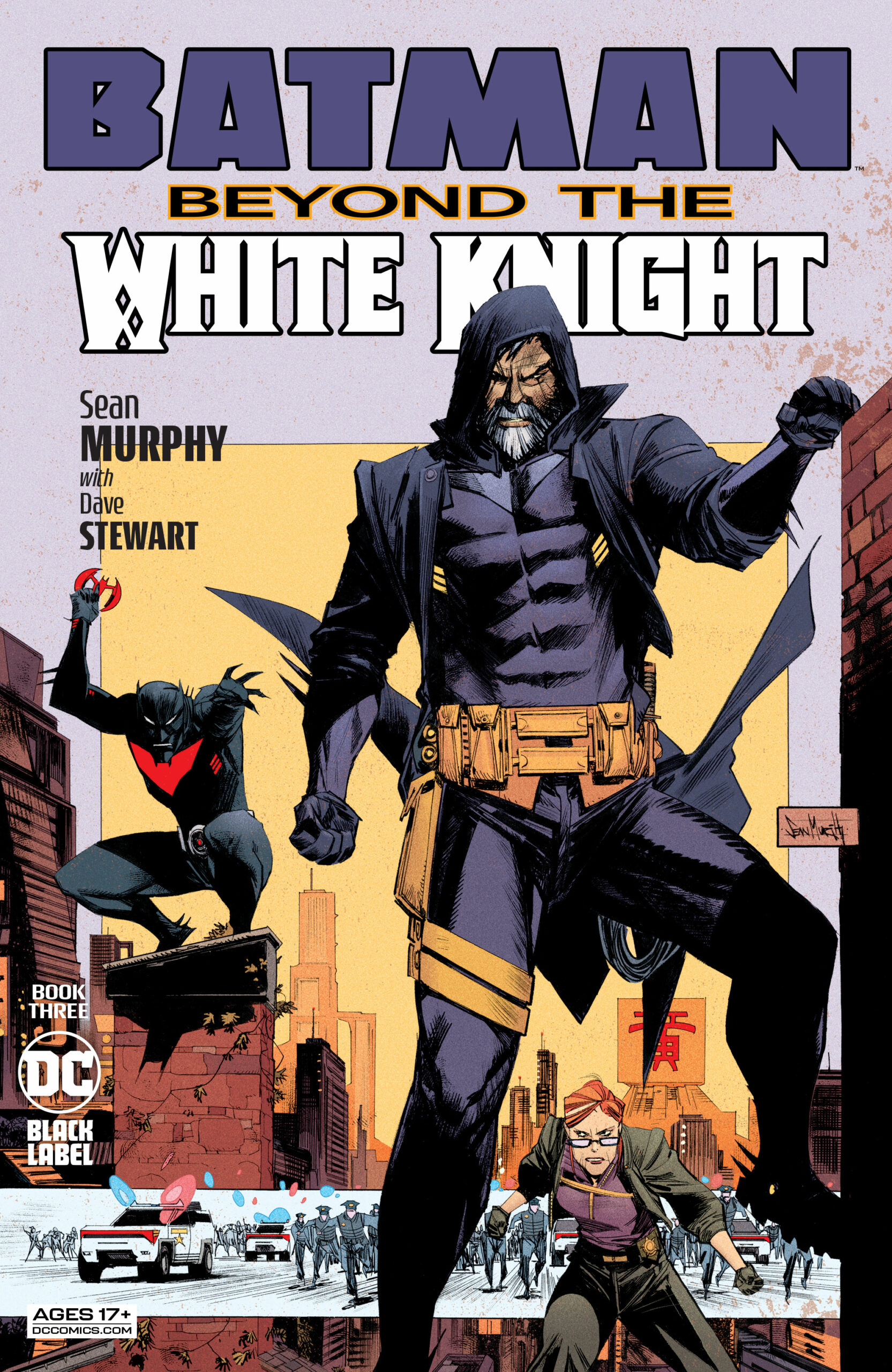 Batman: Beyond The White Knight #3 Gives us answers, makes us ask more questions, gives an old character a new identity, and proves to us that Batman will always be Batman… even if he doesn’t want to be.

WARNING – The following contains HUGE SPOILERS if you haven’t read Batman: Beyond The White Knight #1 and #2.

Well, after that huge bombshell at the end of the previous issue, I couldn’t wait to dive into this story and find out what had happened. For those of you who missed it; Harley Quinn dropped the whopper that she and Bruce Wayne were husband and wife.

There’s been great chemistry between Harleen and Bruce throughout the entire White Knight Saga, so hearing that they got married off-screen makes sense. As someone who loves Batman-themed weddings (just ask my wife), I was horrified that wasn’t shown! Of course, all is not all as it seems, which makes sense considering Bruce has been in prison for the last 15 years. All in all, it was wonderfully told, but I’m sure there is something more to come out of this.

Also, we see Bruce make his new not Bat-suit in this issue that he’s modeling on the cover, and I’m a fan!

A character who’s definitely stepping up in this series is Barbara Gordon. Now running the GCPD (just like in Batman Beyond the animated series) she really is showing off why she’s always been one of the smartest members of the Bat family. I love how Murphy writes Babs and would love to know how old she’s meant to be in this story, as that streak of gray hair’s quite prominent. She makes a new/old ally in this issue and gives him a new suit to wear to help Batman. I was glad to finally see him wearing it! #NOSPOILERS!

I Don’t Even Know Who You Are

So, the sinister Derek Powers is really pulling a Darth Sidious on poor Terry McGinnis, manipulating him to turn to the dark side. I’m really enjoying that dynamic and was glad to see Terry being brought to the spotlight a little more in this issue… although an interaction definitely doesn’t go the way he’d hoped.

Batman: Beyond The White Knight #3 gives us some answers and then makes you ask a thousand more questions! This is a wonderfully written issue and a must-read, both for comic lovers and animated Batman Fans!