“Every Man Has His Flaws” 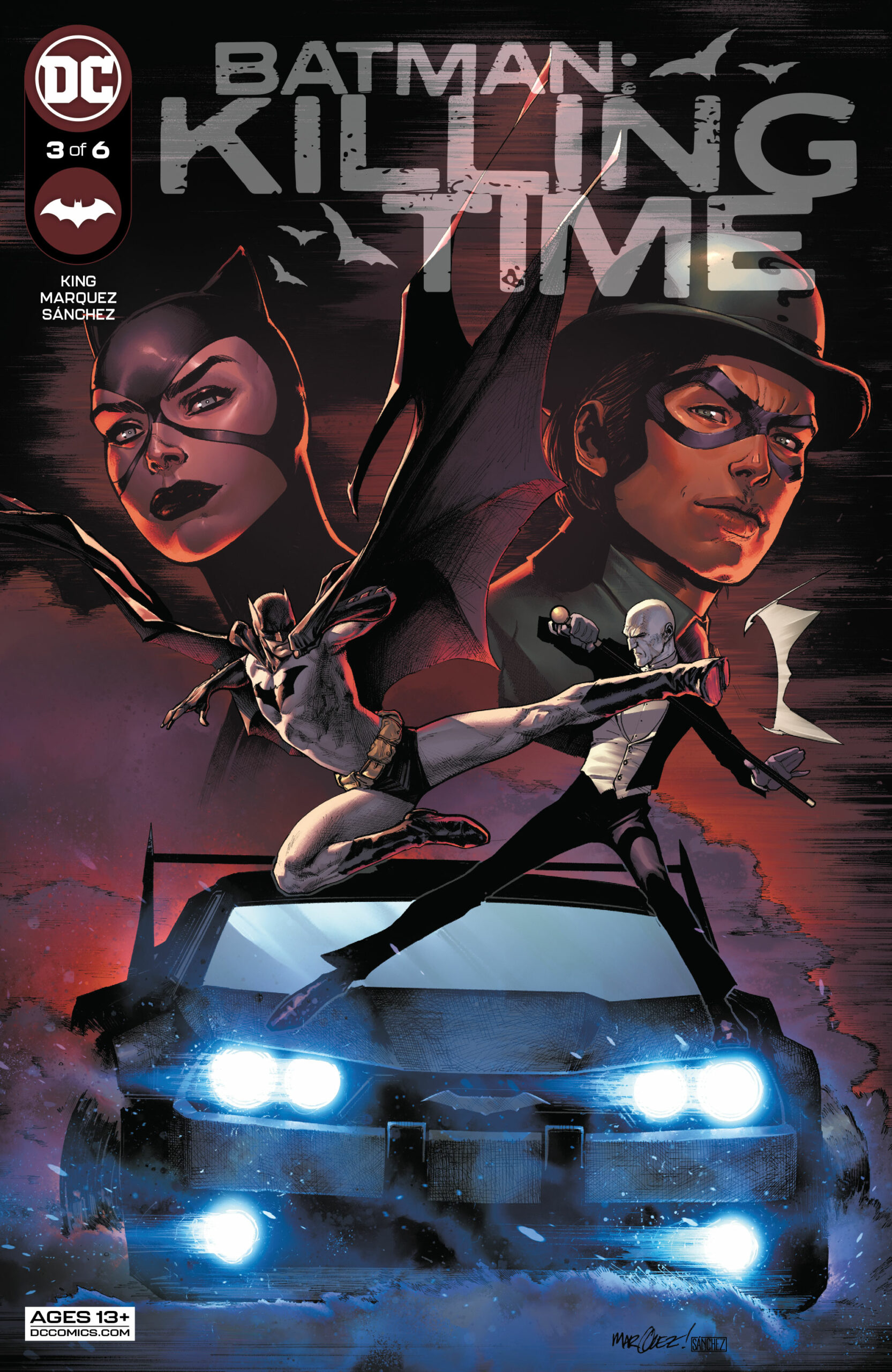 Writer Tom King continues to advance the plot in a big way by introducing a new villain The Help. Even though not much is revealed about the new Bat-foe, he’s a lot of fun. King drops just enough teases and hints of his background to intrigue readers, and The Help’s references are also fun and not annoying, because of how the casual nature in which he speaks. Everything seems so droll to him, even a fist fight with Batman. So far, he is the most fun part of the series.

The Other Villains in ‘Batman: Killing Time’

Not to say that the rest of the characters are boring. However, the danger of King using well-worn mainstays like Catwoman, the Riddler, and the Penguin is that it’s difficult to show them doing anything new. The series’ focus is an action mystery, unlike the pondering character piece that is Batman/Catwoman.

The way the series is structured, the main villains are sort of reduced to doing fun, but character-light action beats, like Catwoman stealing cars or whatever, which is fine. It makes the series feel like a lively action romp. In fact, between this and Batman/Catwoman‘s drama-heavy tone, I prefer Killing Time.

Probably the only downside is the mystery of the item that the Riddler and Catwoman stole. King is playing it really close to his chest. The most transparent clues are in these somewhat out-of-place historical flashback sequences. I’m sure that King will connect them to the main plot eventually, but there’s more connective tissue between the two.

It’s hard to find new ways to convey how great David Marquez’s art is. This issue’s probably the most action-heavy so far and has really allowed Marquez to cut loose. I would not say that his art is flashy, but he does have a knack for making iconic poses.

Despite a somewhat meandering mystery, Batman: Killing Time #3 has plenty of action and fun character beats to keep the readers interested.