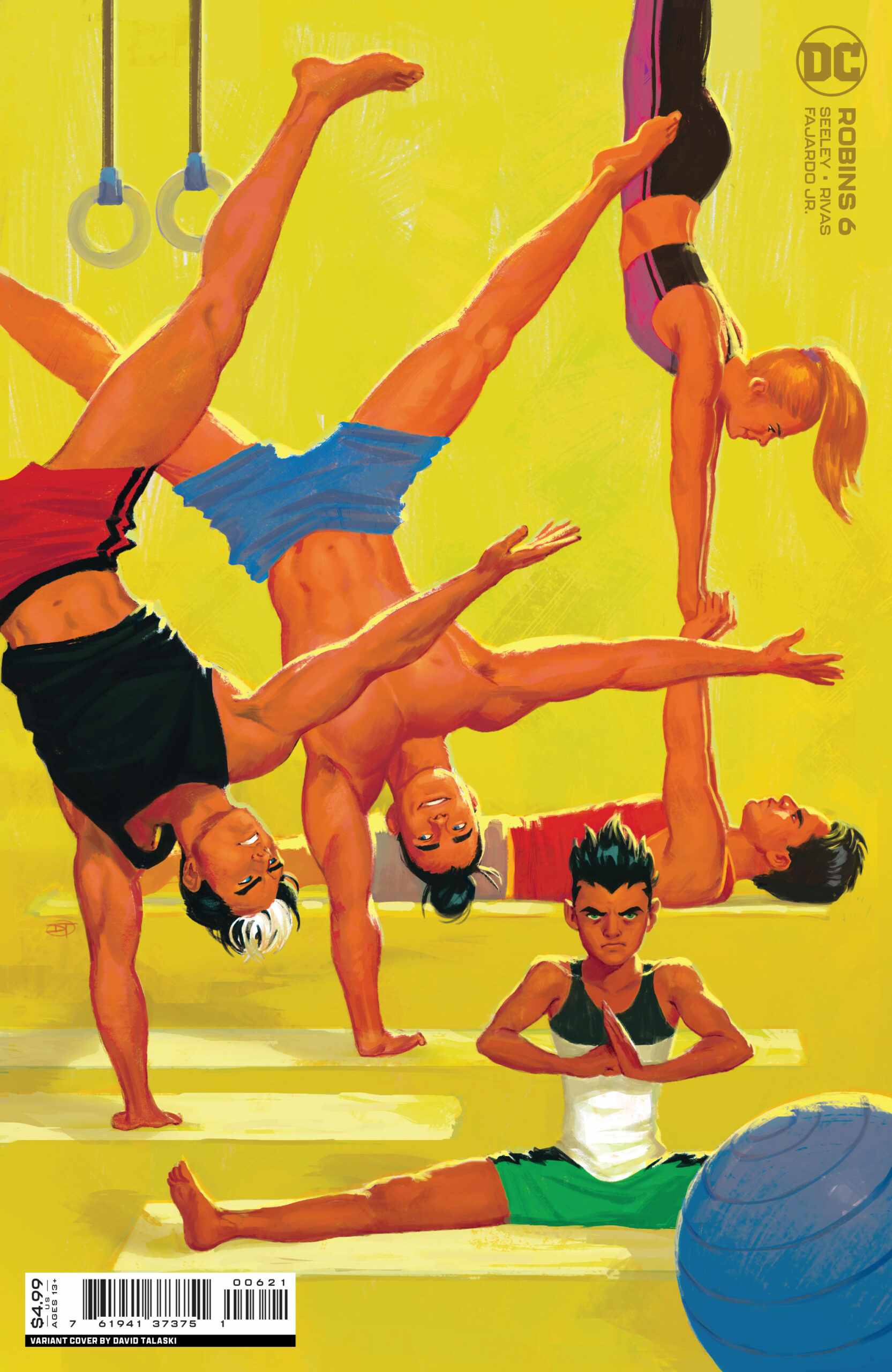 Whew, what a comic Robins #6 is! This issue delivers a sizzling and scorching finale to the series. We’re taken on emotional twists and turns, edge-of-your-seat moments.

This comic really has everything a reader could desire, so go out and pick it up already!

A Batman Without Robins

This whole run has been a setup for whether or not the title, role, and very existence of Robin was a good idea, and if it harmed those that wore the costume more than it helped. This issue, however, flips the script ever so slightly and instead focuses on whether the Robin title has helped, or harmed, Bruce Wayne.

Having his “children” taken away from him has led the masked vigilante to do some desperate things in the past. In this story he believes he’s had them all ripped away from him by an old enemy; The Escape Artist. Falling right into Jenny Wren’s trap, Bruce blindly rushes to save his light.

We’ve seen each Robin grow over the years, as the mantle’s been passed down from one Teen Wonder to another, with each of them eventually stretching their wings and flying solo. There’s one thing no villain should ever do, and that’s to bring them all together. Each Robin plays their role wonderfully, and that’s the beauty of this story.

The artwork from Rivas and Fajardo Jr has only added to the whole package, replicating some iconic costumes while creating an equally iconic new one with Jenny Wren. The use of muted colors to counteract the Robins’ typically brighter colored suits gives you a true sense of Gotham City.

Sadly, this issue brings us to the end of this mini-series, as I’ve thoroughly enjoyed reading through it. Honestly, Tim Seeley’s crafted a fabulous story; bringing to life some of the most beloved characters in the Dark Knight’s life. Each Robin felt as though they had been written by their original creators, though Seeley’s also added his own touch of character growth and development to each and every one of them.

Honestly, Robins #6 is the best issue of the whole series, right down to the end.