The Shadow War is spilling over and the killer of R’as Al Ghul must be stopped. Who is the fake Deathstroke, and can the world survive a war being fought by Batman, Talia, Ghost-Maker Black Canary, Slade Wilson, and an army of assassins? Find out in Shadow War Zone #1! 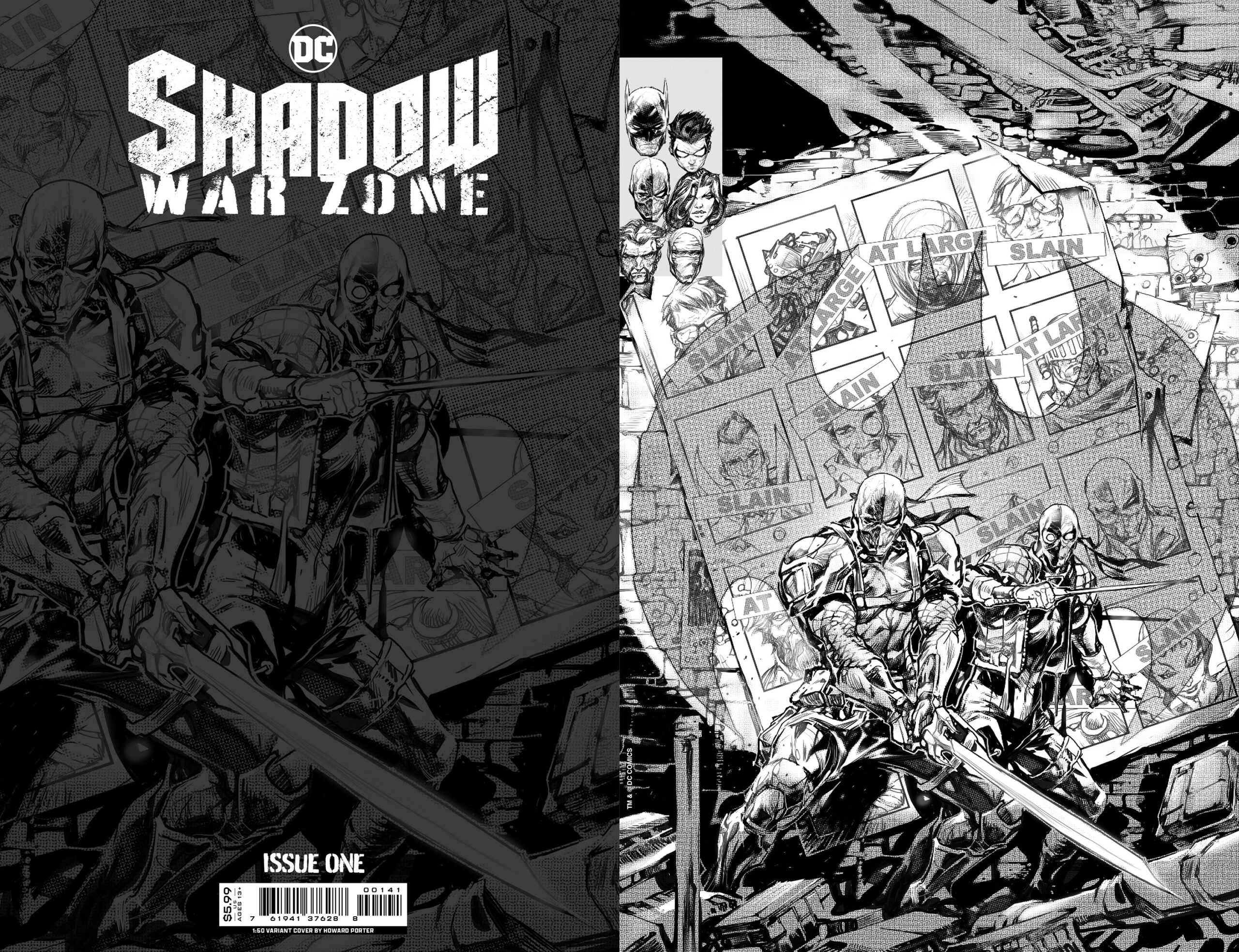 Shadow War Zone #1 Showcases the Impact of
Deathstroke’s War on the DCU!

Available for Pre-Order Now In Stores
and Participating Digital Platforms May 17, 2022

Someone posing as Deathstroke has done the unimaginable and cut off “The Demon’s Head,” killing Ra’s al Ghul! His “Shadow War” has put several DC superheroes behind the 8-ball, and their stories will have implications in Shadow War and beyond! On sale May 17, Shadow War Zone #1 reveals these stories and characters and what new challenges they’ll have to overcome! 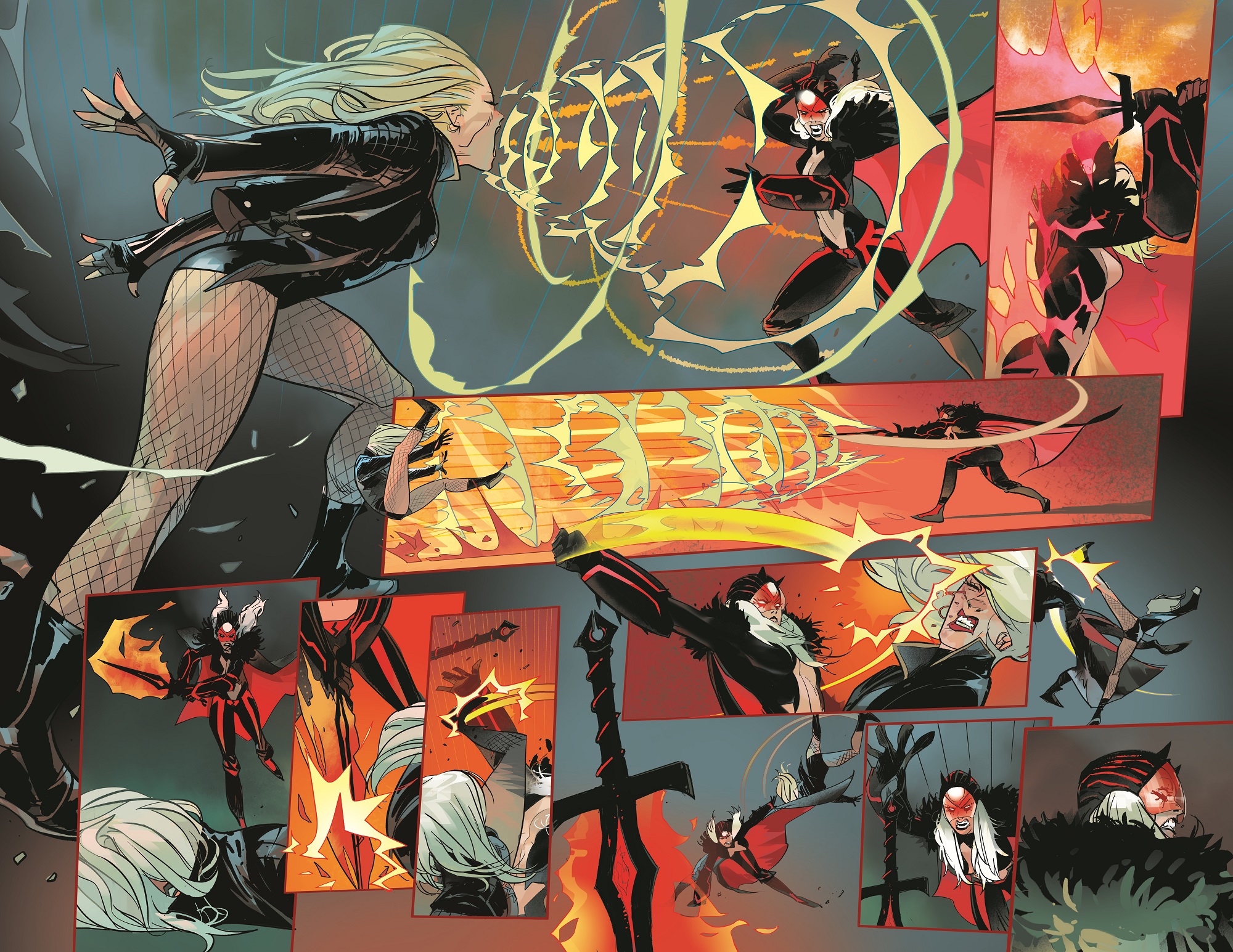 Black Canary crosses swords with her protégé, in “Old Friends,” written by Shadow War: Alpha, Batman and Deathstroke Inc. writer Joshua Williamson, with art by Otto Schmidt (Green Arrow). Black Canary is on the hunt for Deathstroke following the death of Ra’s al Ghul, to bring him to justice before Talia al Ghul’s assassins get him first. Unfortunately, one of those assassins is her best and former student, Angel Breaker! Who is this deadly killer and what’s her history with Black Canary? This showdown has major ramifications for Black Canary in Shadow War Omega #1, on sale May 31.

Writer Nadia Shammas and artist Sweeney Boo team up for “Inner Demon,” a story that flashes back to the younger years of Talia al Ghul. Frustrated over secrets hidden from her by Ra’s al Ghul, young Talia makes a secret pilgrimage to Lazarus Island, where a meeting with her grandmother reveals that she has a stronger connection to the Lazarus Pit than she realizes, setting the stage for a major DCU event this Fall!

Written by Ed Brisson, with art by Mike Bowden, Mark Morales, and Antonio Fabela, “Panic Room” features Ghost-Maker, Black Spider, and Clownhunter. Clownhunter has been developing his skills under the watchful eye of Ghost-Maker and prepares for the final exam to end all final exams as he’s faced with protecting Black Spider from an all-out assault from the League of Assassins. This story sets the table for Clownhunter’s evolution and the return of Batman Incorporated in the upcoming Batman 2022 Annual, in stores on May 31.

Harley Quinn writer Stephanie Phillips and artist Ann Maulina team up for “Ninjas! At the Arcade.” Harley fights a group of ninjas from the League of Assassins in an arcade, complete with lights, noise, and an impressive collection of movie quotes from the Mistress of Mayhem! Meanwhile, Luke Fox and an unlikely ally think Harley Quinn is the perfect addition to their “team,” but what team, and for what purpose?

Shadow War Zone #1 features a main cover by Jonboy Meyers, with an open-to-buy “homage” variant and 1:25 variant covers by Howard Porter, plus a 1:50 variant cover by Leirix featuring Angel Breaker. All covers are available for pre-order now; check your local comic book shop for availability and ordering details.