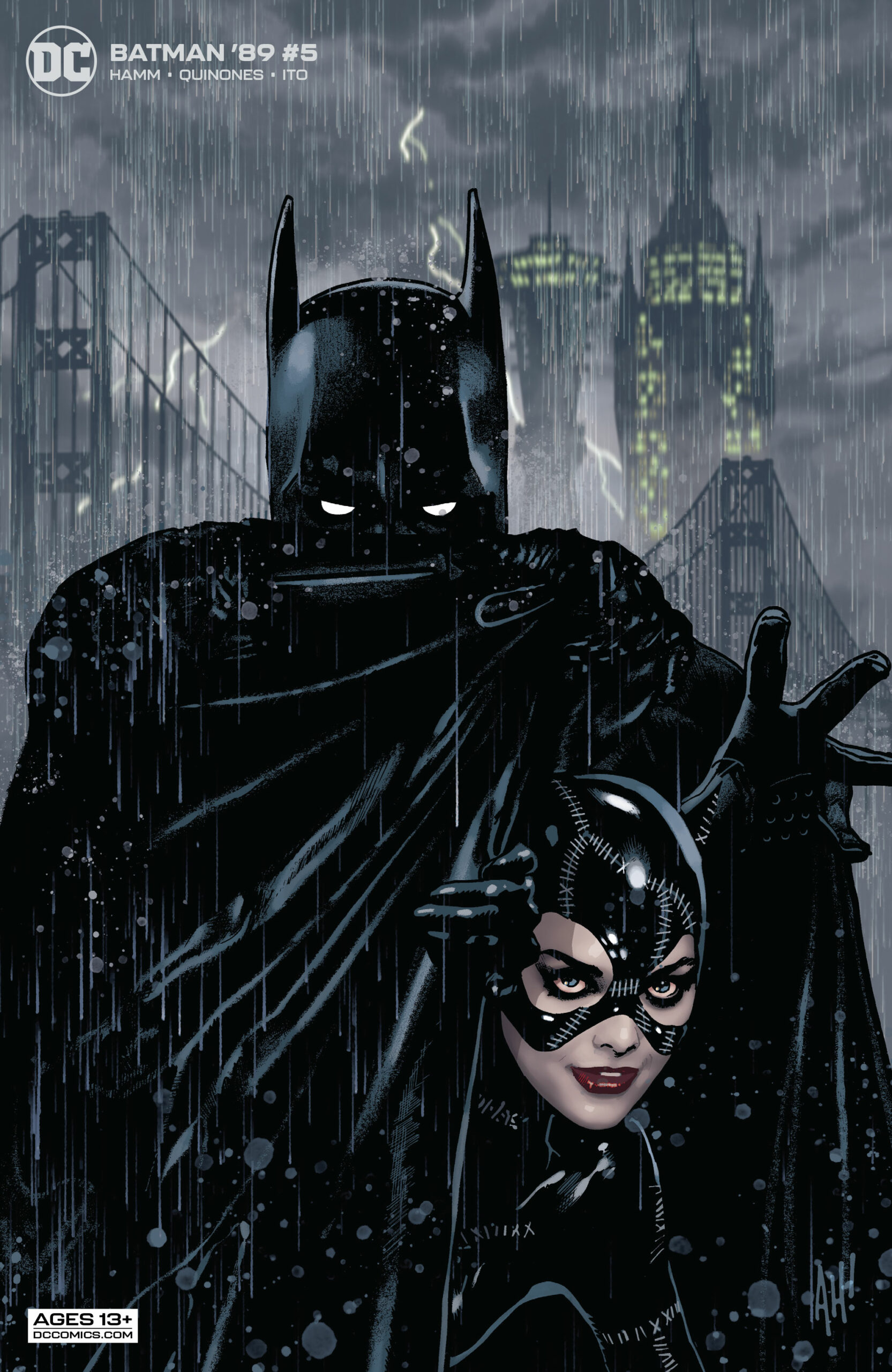 Tragedy doesn’t change you, Harvey. It reveals you.
– James Gordon to Harvey Dent/Two-Face

Batman ’89 #5 is a Step back into the Gotham of Tim Burton’s seminal classic Batman movies! The series brings in screenwriter Sam Hamm (Batman, Batman Returns) and artist Joe Quinones (Dial H for Hero) to pull on a number of threads left dangling by the prolific director.

Harvey Dent enacts his plans for Gotham! He’ll overthrow Batman and assume his rightful place as its guardian. As The Dark Knight works to stop his former friend, he finds himself vastly outnumbered by the forces at Harvey’s disposal. He’ll need to turn to some unlikely allies if he’s going to turn the tide in his favor to protect his city and save his friend!

Will we lose a character in this one? Maybe, as we’re on a precipice of this series culminating. Hamm’s almost Shakesperean with his Barbara Gordon/Harvey Dent relationship, as a writer, he’s updated Batman in the right ways given the time span of 1989, where this Batman is set.

We’ve all noted that there was a LOT of unfinished business in the Burton world of Batman… and there still is. I’m sure we’d all like the Penguin to appear again, and could we even dream to have a Jack Nicholson Joker appear in a frame or two?  Prince? This comic really needs to come with its own soundtrack.

Robin takes a stronger role in this issue and catapults 1989 into the year 2022 and beyond. I like this incarnation of the Teen Wonder, as it feels real and very topical. The origin, the motivation, and the entire package are to be commended. Five issues in, and it seems that we’ve only scratched the surface. So many other villains and adventures to take place in the “Keatonverse” for Batman ’89.

Sam Hamm and  Joe Quinones have found quite the medium and I really hope they team up again as they could literally “right the wrongs” of some of the other films… notably, Val Kilmer and George Clooney’s runs as Batman. Ahem… guys…can you rewrite/redraw/reimagine some history?