Sideshow and Prime 1 Studio have released the Batman Batcave (Black Version) Bust from the legendary DC Comics story, Batman: Hush, which depicts a mysterious stalker, his head and face wrapped in bandages, called Hush, who seems intent on sabotaging Batman from afar, setting a multitude of Batman’s greatest enemies against him.

Sculpted from Polystone, the bust measures approximately 8 inches tall and is inspired by the work of legendary comic book artist Jim Lee. The bust is a Black and Gray version of the previous Batman: Hush Premium Bust and has all the crisp detail and picture-perfect paint of the original. As any diehard Batman fans know, the Dark Knight is often portrayed as either wearing Blue and Gray or Black and Gray. 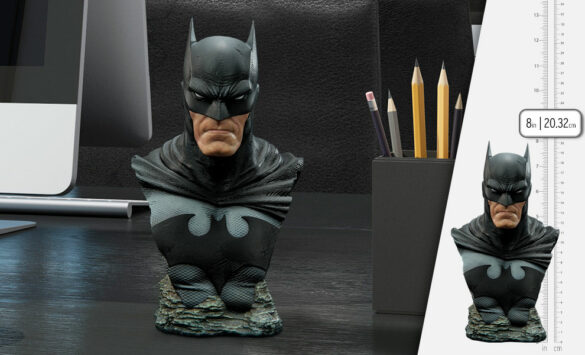 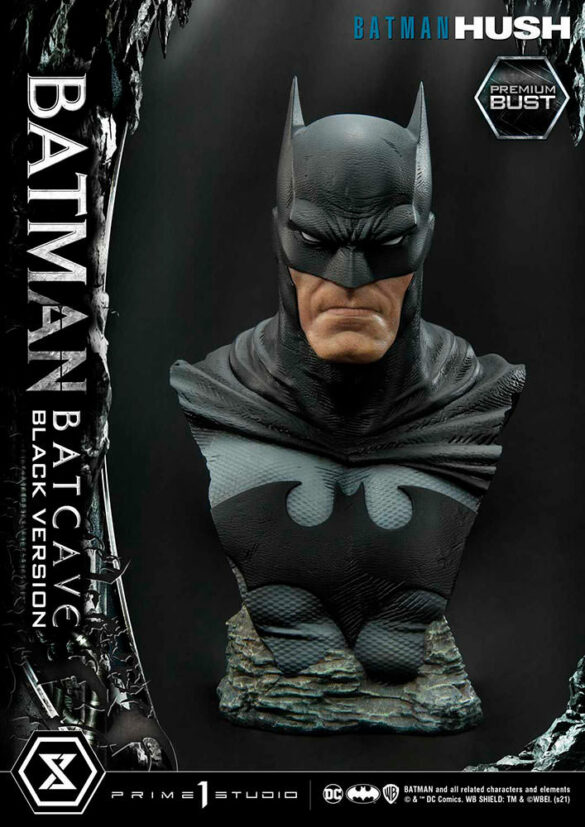 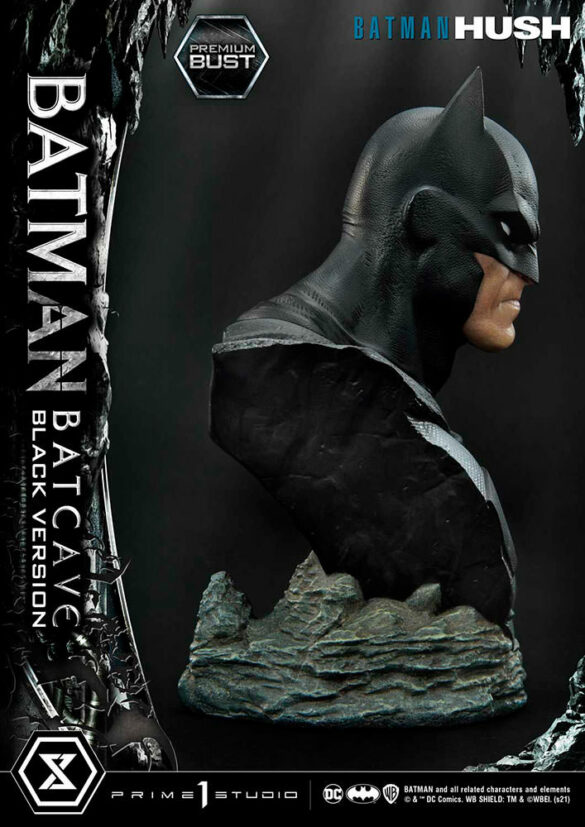 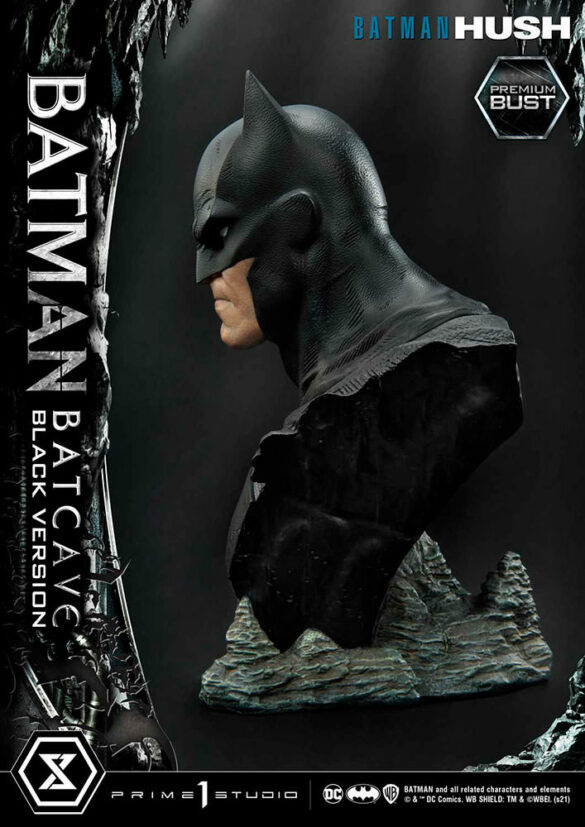 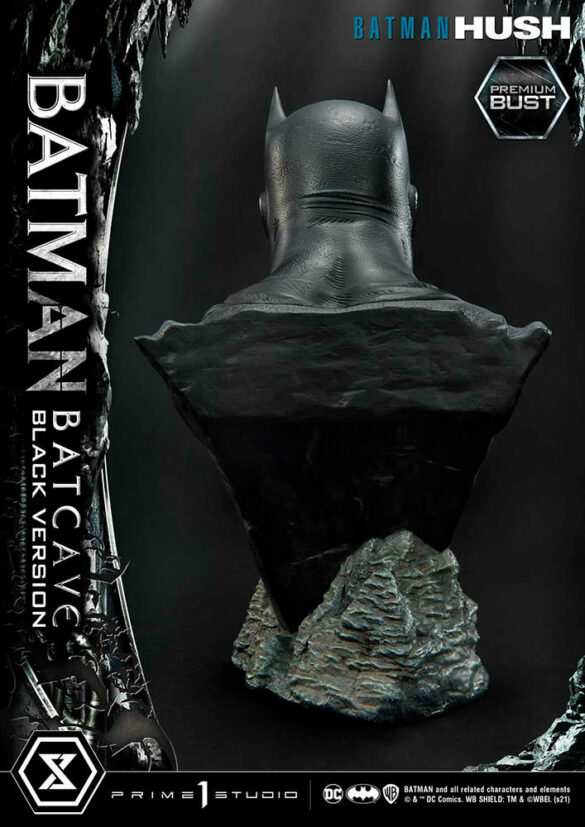 This bust is a limited edition and there are only 250 pieces available, as such, they’re limited to one per household. Each piece is priced at $149/£117.92 but there are payment plans available on the website. The bust is now available for pre-order direct from Sideshow Collectibles and is expected to ship between June 2022 and July 2022.

The previous blue and gray version is also still available and is limited to 500 pieces. It was expected to ship in March 2022 but it is still available for pre-order, so I’m guessing there’s been some kind of delay.

I have looked at both busts and personally prefer the black and gray version, but that’s just my personal opinion, others may feel differently.

This is a fantastic collector’s piece and would be an excellent addition to any Batman/DC Comics fans’ collection.