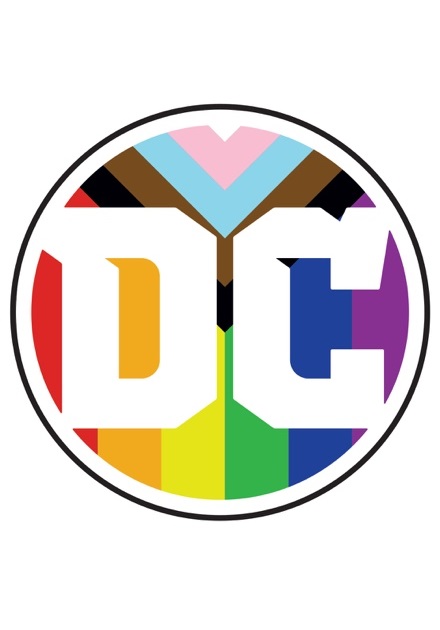 DC Pride Month 2022, coming in June, is set to blow everything fans have seen previously out of the water. Special issues, events, covers, anthologies, and collections will make the entire month shine with all the colors of the rainbow.

Of particular interest to fans of the Batman family will be comics featuring Harley Quinn, Poison Ivy, and new stories starring Tim Drake. These will include a collected edition of his adventures from Batman: Urban Legends, where he historically came out as bisexual, and where fans were introduced to his new partner, Bernard.

Tim’s story has, for many, been overshadowed by Jon Kent’s coming out, so having him in his own story and collected edition should make many of his fans very happy indeed.

100+ pages of new content, an introduction from
Nicole Maines, and more!

YOUNG ADULT GRAPHIC NOVEL GALAXY: THE PRETTIEST STAR
INTRODUCES TAYLOR, THE GALAXY CROWNED
It takes strength to live as your true self, and one alien princess disguised as a human boy is about to test her power.

With lots more to come!

DC’s 2022 Pride month celebration issues will be available at your local comics shop, bookstore, library, and beyond this June with more stories, more characters, and more pride than ever.

In the book market and available everywhere books are sold, Galaxy: The Prettiest Star from writer Jadzia Axelrod and artist Jess Taylor will publish on May 17 to introduce entirely new characters to DC’s pantheon of heroes.

DC can’t wait for you to meet Taylor, the Galaxy Crowned, and so is delivering Galaxy: The Prettiest Star FCBD Special Edition 2022 #1, a free preview on Free Comic Book Day of the young adult graphic novel about gender identity, romance, and shining as bright as the stars, to your local comics shop on May 7. It takes strength to live as your true self, and one alien princess disguised as a human boy is about to test her power!

DC Pride 2022, containing all-new stories spotlighting LGBTQIA+ fan-favorites, is DC’s annual Pride-themed anthology comic. The 104-page Prestige format comic, publishing on May 31, will have an introduction by activist, actress, and real-life superhero Nicole Maines (including a teaser for her upcoming DC project!) and will feature a main cover by Phil Jimenez and Arif Prianto, an open-to-order wraparound variant cover by Joshua “Sway” Swaby, and a 1:25 variant cover by Jen Bartel.

The DC Pride Month 2022 creative teams, and the characters they’re developing stories for, include:

With more to come!

DC’s Pride anthology comic will also include contributions from J. Bone, Ro Stein and Ted Brandt, Samantha Dodge, Brittney Williams, and others; and new pinups by P. Craig Russell, J.J. Kirby, and more. With over 100 pages of original stories and content, DC Pride 2022 celebrates the strength and courage it takes to be a DC Super Hero.

DC’s Pride plans aren’t limited to June! In addition to DC Pride 2022, the following comics will launch during Pride Month and continue through the year:

In her new series, Ivy leaves Gotham City and sets out to complete her greatest work – a gift to the world that will heal the damage humanity has dealt to it! DC is proud to present the unbelievable next chapter in Poison Ivy’s ever-growing library in a six-issue story arc by the incredible creative team of G. Willow Wilson and Marcio Takara.

Taking place right after the Nubia: Coronation Special, a second miniseries for the fan-favorite Amazon begins! You won’t want to miss the exciting new adventures of the one true queen, brought to you by the creative team behind Nubia & the Amazons – writer Stephanie Williams and artist Alitha Martinez! Williams, Martinez, and Morales’s new series is planned for four issues.

DC Pride: Tim Drake Special, by Meghan Fitzmartin, Belén Ortega, and Alberto Jimenez Alburquerque, with covers by Ortega (main) and Travis Moore (open-to-order variant), collects the breakout story from Batman: Urban Legends in one volume for the very first time! This 64-page one-shot comic arriving on June 14 also features a brand-new story that sees Tim teaming up with his former Young Justice teammates and the Batgirls!

Launching on June 7, the secrets of Earth-11’s newest heroes and villains unfold in DC’s most exciting new team title! What role will the mysterious Raven – the brooding hero who has refused to join the team in the past – play in the brand-new series? Cohen, Lore, Failla, and Angiolini’s new series is planned for six issues.

New DC books arriving in the coming months to add to your TBR piles, pull lists, DC Pride book clubs, in-store Pride displays, and to share with friends on TikTok will include:

DC and WarnerMedia are proud to be working in partnership with LGBTQIA+ organizations such as PFLAG National, The Trevor Project, Family Equality, Human Rights Campaign, Athlete Ally, Mermaids (UK), Inside Out (Canada), and more, to celebrate Pride in 2022. WarnerMedia and its brands have longstanding relationships with these nonprofit partners through the ongoing support of their work and year-round collaboration on social impact initiatives.

Through paneling, events, advertising, outreach, and more, these partnerships help to create a more inclusive and compassionate culture for all Super Hero fans and provide resources for readers looking to learn more about these nonprofit organizations.

Stay tuned for more Pride announcements from DC and WarnerMedia between now and June! #DCPride