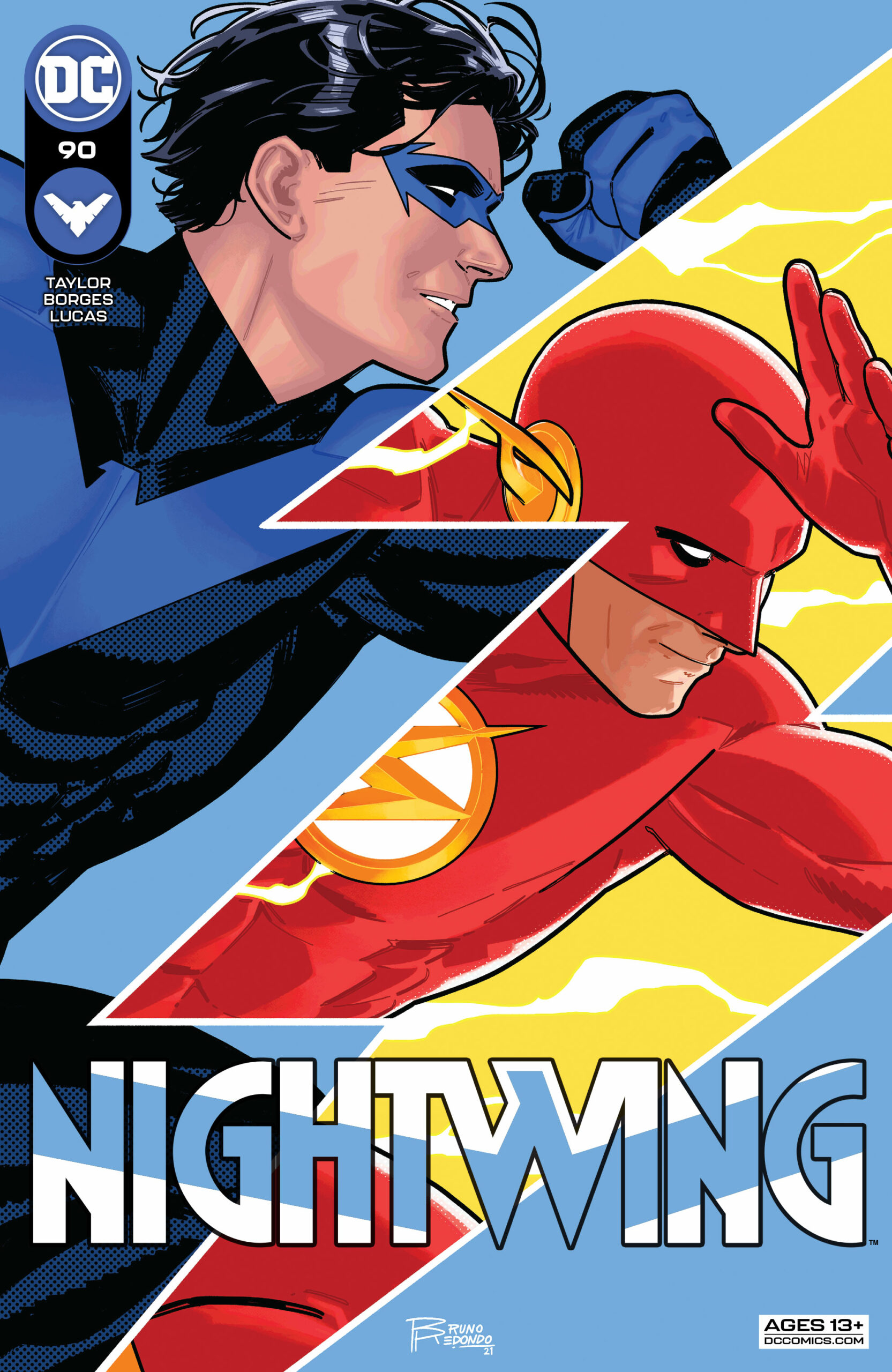 DC Comics are really spoiling us. First, they gave us a crossover with Superman: Son Of Kal-El, and now we’re getting a treat that I’ve been waiting years for. If the artwork attached hasn’t given it away, Nightwing #90 reunites Dick Grayson with his best friend, Wally West, AKA the Flash.

You can probably see my smile from space.

Restoring Wally to the DC Comics timeline is, for me, one of the greatest things that have happened in comics for a long time. His redemption after the horrors of Heroes In Crisis in the pages of his own book, plus the reintroduction of Linda, Irey, and Jai healed a hole in my heart I didn’t even know was there.

If you haven’t been reading Jeremy Adams’ stellar work on The Flash (starting with issue #768) you’ve really been missing out. Dark Knight News is primarily a Batman-related website, but the Flash, Superman, and Wonder Woman titles are all absolute must-reads right now. In fact, there’s very little DC content on the shelves that I’m not liking, or absolutely loving. If you want to read a comic by creators who love their lead character as much as the ones behind Nightwing do, please pick up the current run of The Flash. You won’t be sorry.

What I love about Nightwing #90 is how seamlessly it fits in with both Wally’s current adventures, and Dick’s own. Linda and the kids’ reactions to finding Dick Grayson in their home are both hilarious and heartwarming. Seeing the two heroes reunited genuinely brought a lump to this old fan’s throat. It’s no secret that I like my grim and gritty comic books, but having issues that are pure fun every so often (or every single issue, in the case of this series) adds spice and variety to life.

The last time I saw Dick Grayson and Wally West together was in the brilliant (but very dark) Robin & Batman. This team-up is a million miles away from that, but just as valid and every bit as well crafted. Tom Taylor has (surprise, surprise) given us a wonderful issue, full of action, fun, laughter, and love. A favorite moment is when Wally finds out about Melinda Zucco. Classic.

I know that a certain corner of fandom will be complaining that we have another issue that isn’t drawn by Bruno Redondo, but I’m standing well away from it (come on, guys! Bruno delivered two issues in a row over the last couple of weeks, with the Superman crossover! Give the guy a break)! Besides, guest artist Geraldo Borges has knocked it out of the park.

The art in this issue’s great! We still get the classic, kinetic Nightwing we love, and Geraldo’s Flash moments (and movements) are lovely. Plus, Adriano Lucas’ colors and Wes Abbott’s letters deliver the sense of home and help make his guest appearance feel every bit as part of this series as every issue that preceded it.

Nightwing #90 is another excellent issue, in a looooong line of excellent issues. Blockbuster’s not pulling any punches, Dick’s life isn’t getting any easier, and the villain that shows up at the end of the book sent shivers up both mine and Wally West’s spines. The only thing I don’t like about Nightwing is the month-long wait between chapters!