“Joke Police” and “A Place Between” 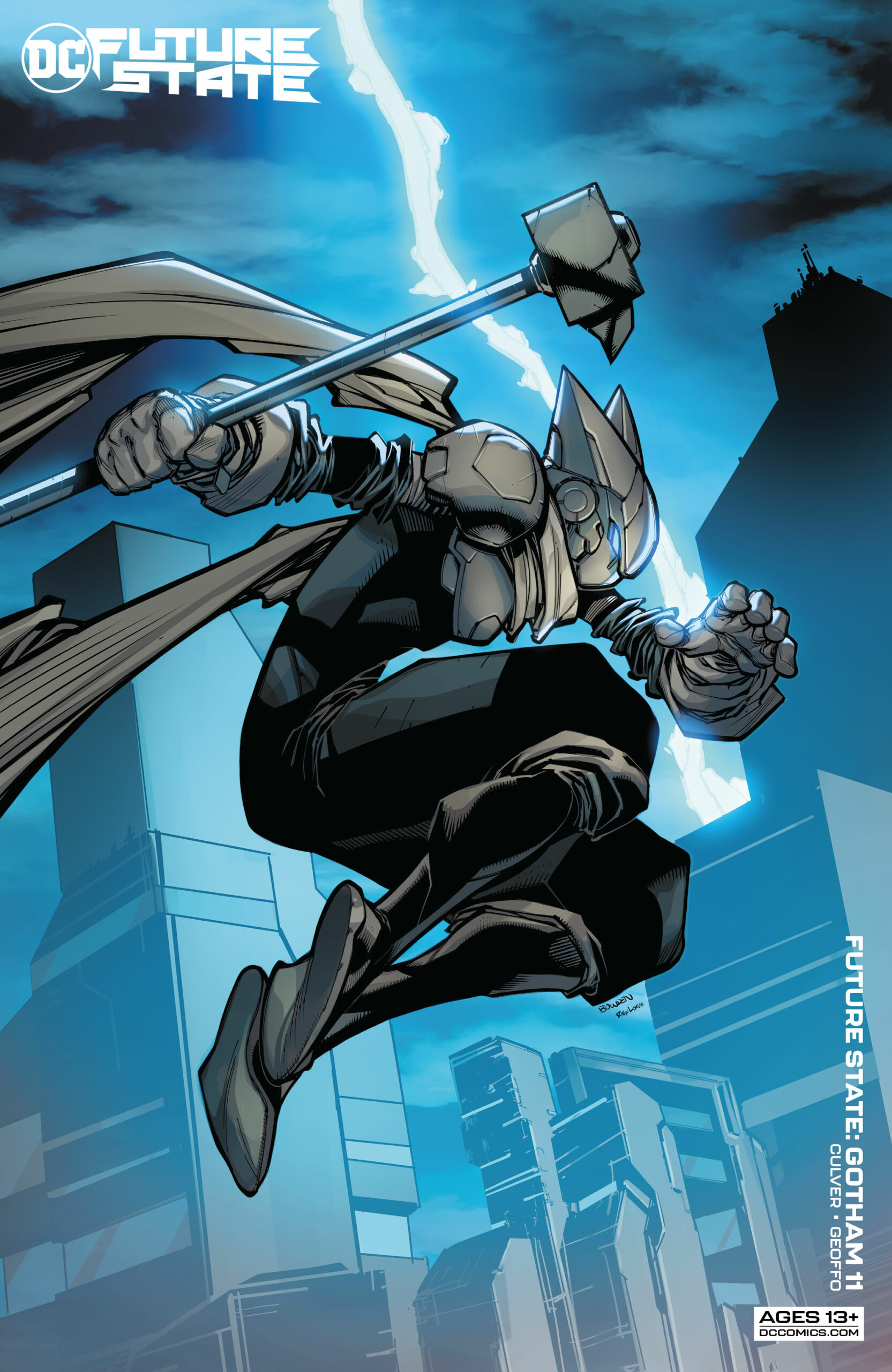 Heck of a series so far. What is this awesomeness? I’m very glad that this series keeps on delivering. Future State Gotham #11 looks to be continuing the strong streak of absolute madness and fun. Considering the last time we saw these people they were in trouble… let’s see how they get out of it.

There’s so much going on in this already that I can’t, in good conscience, be seen with you if you haven’t been loving it too. Dennis Culver has been a fantastic writer since taking over from Joshua Williamson, as there are things going on that I don’t think anyone was expecting to see from these characters. Having it set in the future makes me wonder what happened in the mean time to push some of them so far.

We keeping getting little bits and pieces of information dropped here and there, so I feel like vacuum cleaner, trying to pick everything up. Culver somehow has about 4 or 5 different plotlines spread across Gotham. We get to jump from character to character to see what is happening and it’s great. I’m so surprised that Culver can keep them all straight, especially when their paths cross! I feel like they will all eventually come together and create this massive mess of a plot and I can’t wait!

Harley Quinn everybody! Even when she isn’t the main character she still is somehow. Culver writes her brilliantly in Future State Gotham #11. Everything you need in a Harley cameo is there, the jokes, the violence, the awesomeness. A show stealer for sure. I really want her to be a bigger part of the story and I have a feeling we might be seeing a little more of her over the next few issues. Sign me up! 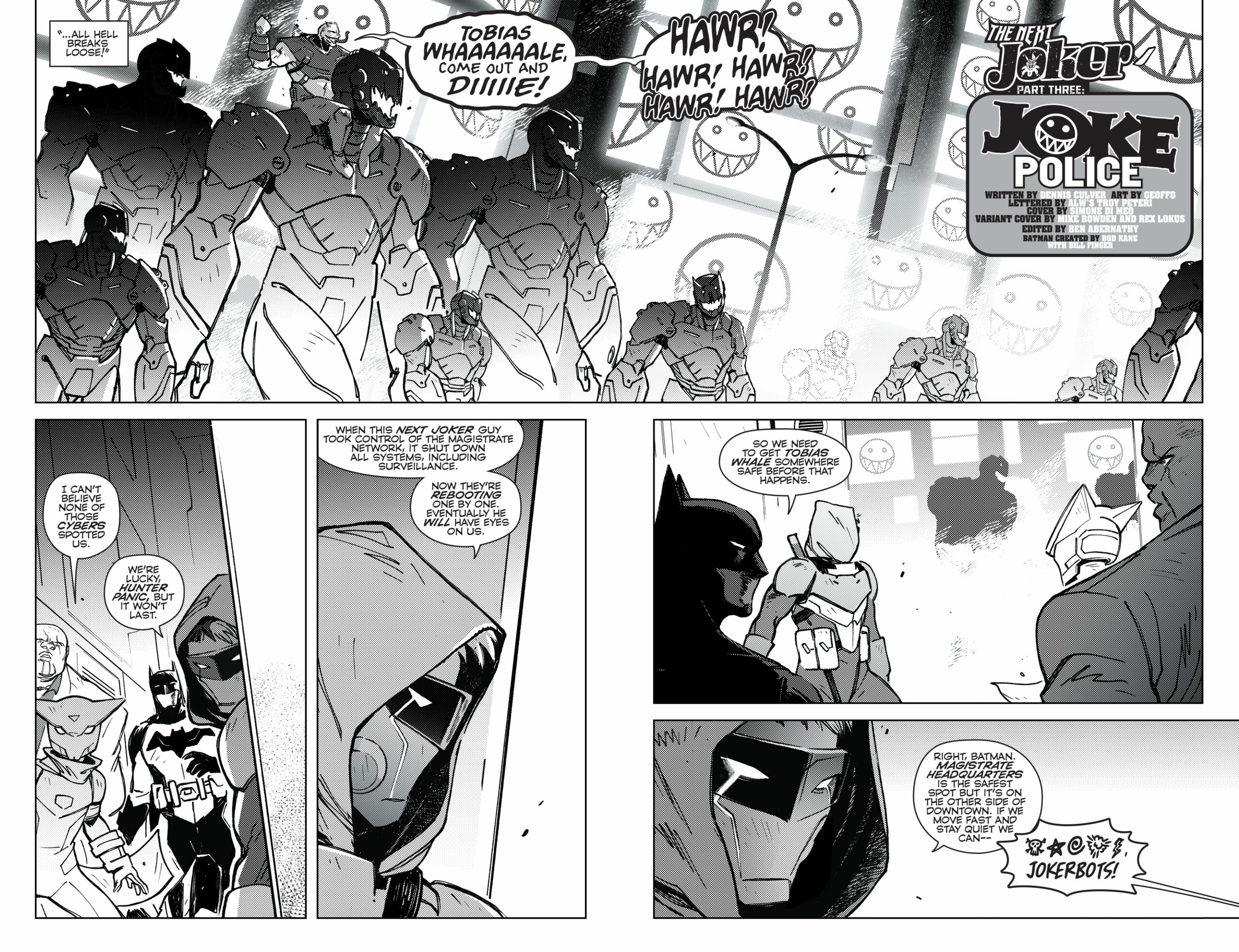 So… You might have seen something in the start of the review that threw you. I can say it threw me out the window with shock! Color you say, in Future State Gotham! Well I never. I do have to say it was super jarring to look at considering we’re now all used to the dark gritty black and white of the series. I love how Jordie did this panel though, I can literally not fault her. Fantastic work for just the one page! It worked fantastically with the storyline and felt so connected to the story even though it was so “out of place”, that’s what made it work. Mixed with Geoffo’s artwork it was something to behold. I love the way I couldn’t even tell a different artist was working on this issue. Everything worked so seamlessly.

Heaven or Hell, just not Here

This has got to be the darkest themed second strip we’ve seen so far! There really was no holding back in “A Place Between”. Having Batman wake up not knowing where he was and completely confused was a superb way to start. Then it only got better from there. I’m not going to spoil it, but I’ll definitely say that it will pull at the heart strings and make you emotional. The ending was just something else. I don’t know if anyone else saw that coming, but I was surprised to say the least. Rafael has to be incredibly talented to be able to write and draw a story like that, incredible.

Please, start reading this series. We’re only 11 issues in so there isn’t that much to catch up on and I know you won’t regret it. Every month it just seems to be getting better and better. Culver’s really pushing the characters beyond their known boundaries and I can’t wait to see where they end up!

‘The Batman’ Flies Past $200 Million Milestone